Another quiet day where absolutely nothing happened!

With Tammy Abraham winning the vote to lead the line against Brighton, I’ll use this quiet spell to run through my game-plan for Saturday. 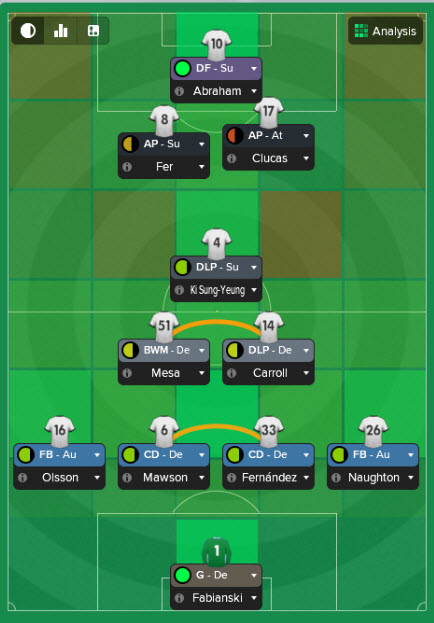 As you can see, I’ve dropped Carroll all the way back into DM (from his previous role of attacking playmaker), this is a bit of experimentation to find out who will perform best in that playmaking role. The reason for 2 defensive midfielders I explained the other day (but will go into it again!) – whoever’s been playing in attacking midfield for Brighton has been fantastic and the focus of all their creativity, so we need to snuff that out. Mesa has been designated to man-mark whoever starts in that position – leaving Carroll free to help keep the ball/defend.

Ki Sung-Yeung impressed against Everton so keeps his position in the middle of the park, whilst Leroy Fer and Sam Clucas are the attacking midfielders. We should have a significant advantage in central midfield which will hopefully allow us to keep the ball and create chances, whilst limiting Brighton to attacks down the wing – which is fine as long as we deal with them!