With 3 games to go and PSV still trailing Ajax by a point, nothing short of a win will do here today! The bookmakers obviously feel somewhat confident in PSV but perhaps not as much as earlier in the season, PSV are odds-on at 4/5, considering the odds a few months ago were considerably shorter against higher placed teams!

Excelsior’s Mike van Duinen is definitely ruled out with a calf strain while Chelsea loanee Danilo Pantic is considered a doubt. 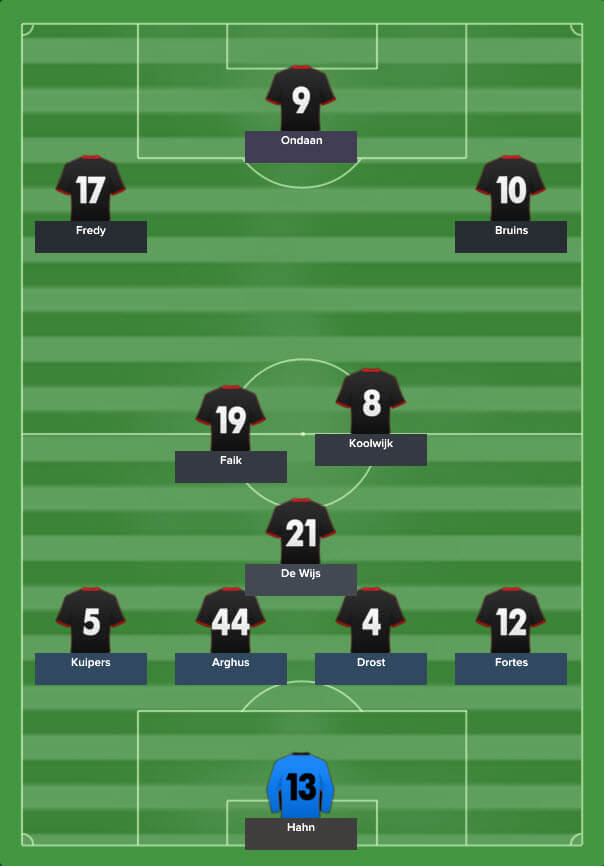 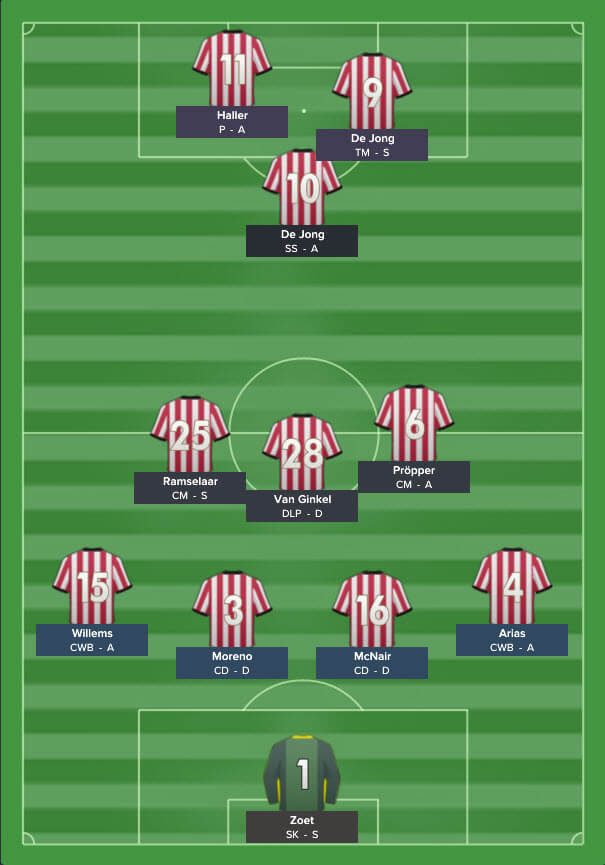 PSV are up for this today, a sign of intent in the opening minutes when they win a corner. The initial delivery is poor but the clearance is picked up by Davy Propper 25 yards from goal who fires off a shot that canons off the crossbar.

Another corner five minutes later, this time Ramselaar’s delivery is perfect. Hector Moreno meets the ball at the near post but his header is cleared off the line by the defender on the far post.

After the initial PSV dominance, Excelsior begin to find their feet. A long-range effort from winger Fredy is tipped over the bar by Jeroen Zoet.

On 36 minutes Santiago Arias plays a long ball to Luuk de Jong, the Target Man heads it on for the run of Sebastian Haller but Haller isn’t quick enough or strong enough to make anything of it. He’s struggling again today.

Another chance for PSV as the half comes to a close. Jetro Willems with a surging run down the left wing, his cross is met by the head of Davy Propper but the ball drifts narrowly wide.

Disaster for PSV on 44 minutes. Santiago Arias picks up his second yellow card and is off! The wingback was only just returning from his previous first-half sending off. Siem de Jong is replaced by Daniel Schwaab to cover the gap in defence.

Despite dominating the opening moments, PSV have lost their way again. The half-time stats make for grim reading, even more so when you consider they’ll play the second half with 10 men. 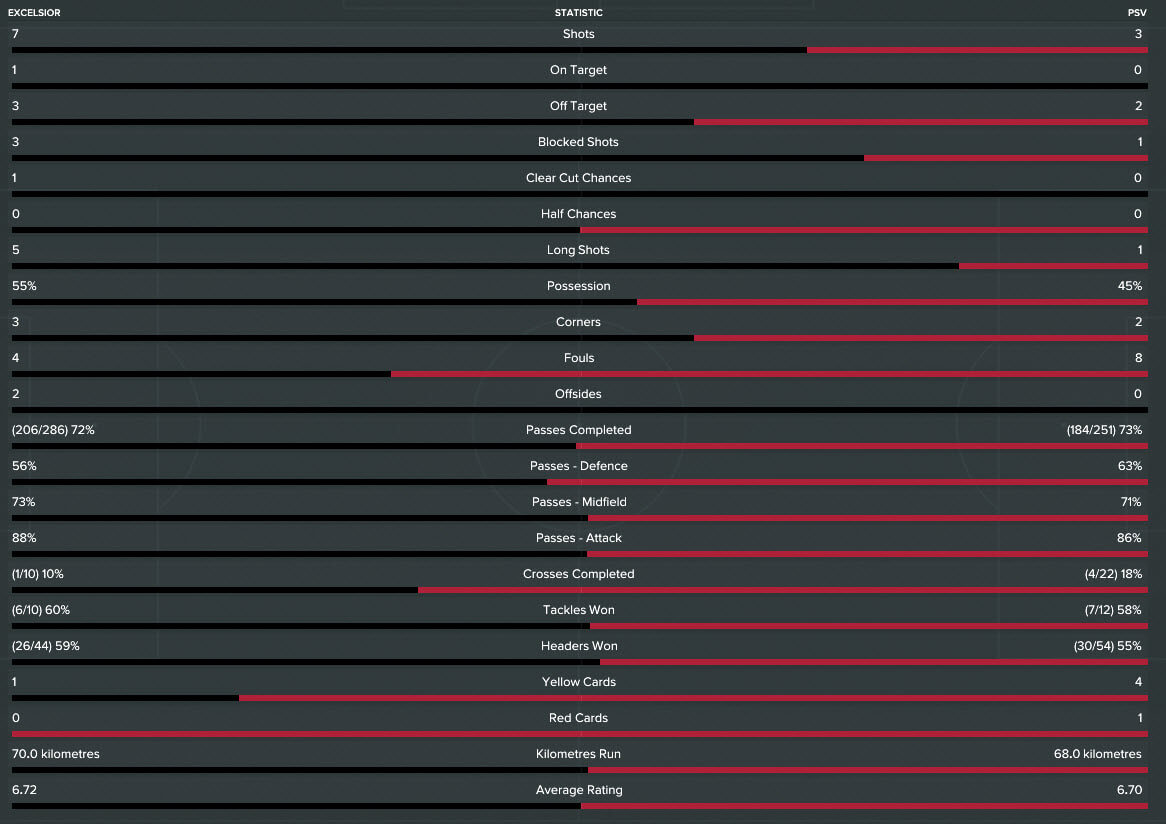 Things almost go from bad to worse immediately when Terell Ondaan is played in behind the PSV defence but Zoet manages to stand firm and keep it scoreless at this point.

A minute later, PSV open the scoring! It comes from neat build-up play from a deep free kick. The ball eventually makes its way to Luuk de Jong in the box and the big striker slides the ball into the far corner. 1-0 PSV. 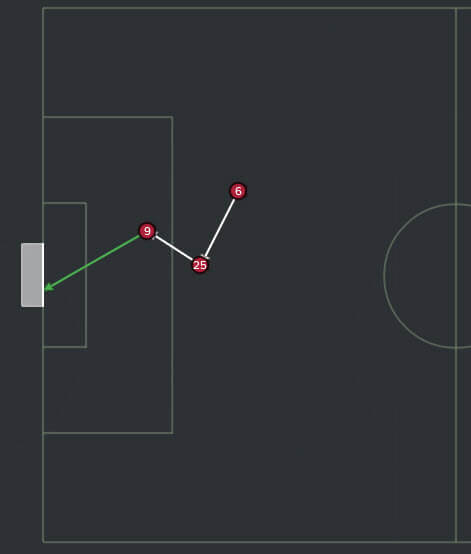 PSV have the chance to double their lead on 54 minutes when de Jong plays Haller through on goal but the goalkeeper makes an easy save.

Excelsior take the ball away and break quickly, PSV are powerless to stop them as the ball is knocked down for Ondaan to volley home for 1-1. 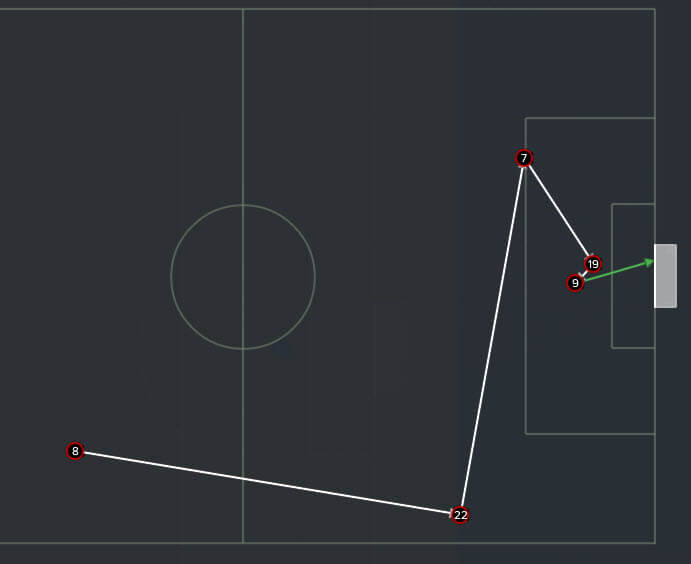 With half an hour remaining Haller is replaced by Branimir Hrgota. Another unhappy day for the club’s record signing.

The game has now firmly swung in Excelsior’s favor. The home side are dominating possession and creating plenty of chances.

In the 72nd minute, there is a glimmer of hope for PSV when things are evened up. Excelsior defender Arghus is dismissed for a second yellow card. However, PSV show no signs of taking advantage.

On 86 minutes, a dagger to PSV hearts. The away side fail to deal with a difficult corner and Ryan Koolwijk is on hand to prod the ball home. 2-1 Excelsior. 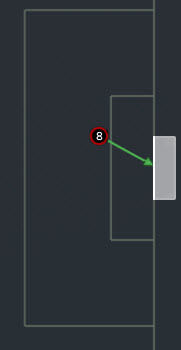 A disgraceful result, allowing Excelsior to come back into the game from a losing position. 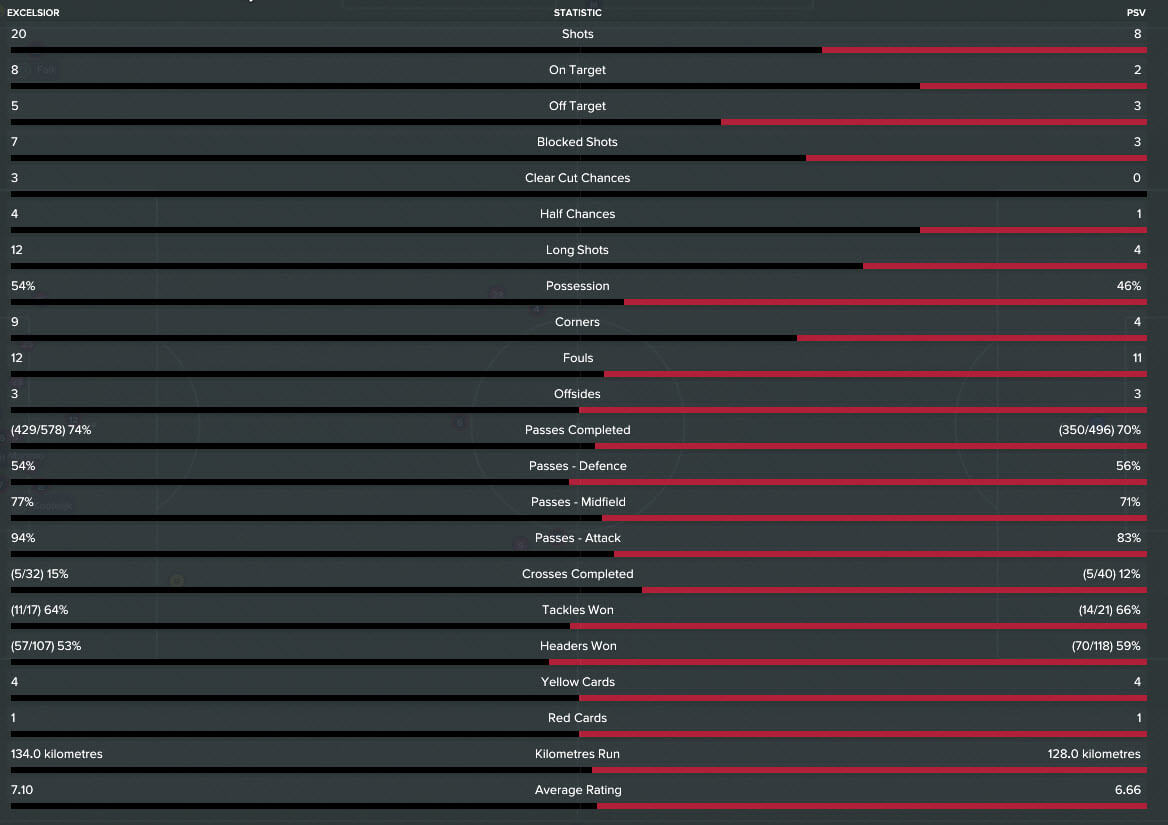 The season is coming to a crumbling end! Ajax’s victory over Willem II means they extend their lead at the top to 4 points with two games to go. 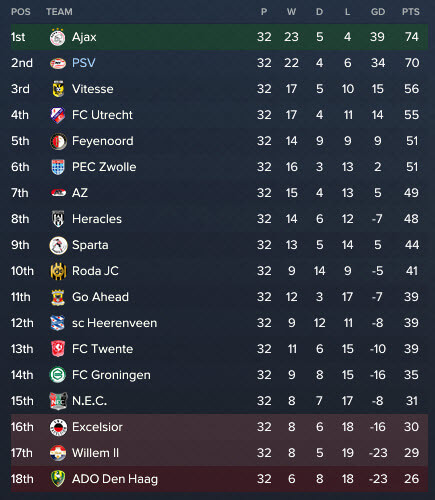 It could be the worst possible timing but PSV will take on Ajax in the KNVB Beker Final before the final two league games of the season.