I’ll tell you what, this is an England team we can all get behind.

I had the pleasure of watching Gareth Southgate’s England team continue their preparations for the World Cup with a game at Wembley against Spain last night and I’m actually impressed.

There are still selection issues, Jake Livermore in central midfield and I’m not convinced by Tom Heaton in goal either but on the whole, not a bad lineup. Delle Alli would probably have played in the position that went to Jordan Henderson because you want his Tottenham link up with Harry Kane, which would mean moving Henderson back into Livermore’s spot. Raheem Sterling isn’t available but you’d expect him to start in one of the wide positions, meaning Rashford, the Ox and Welbeck will be fighting it out for the other. 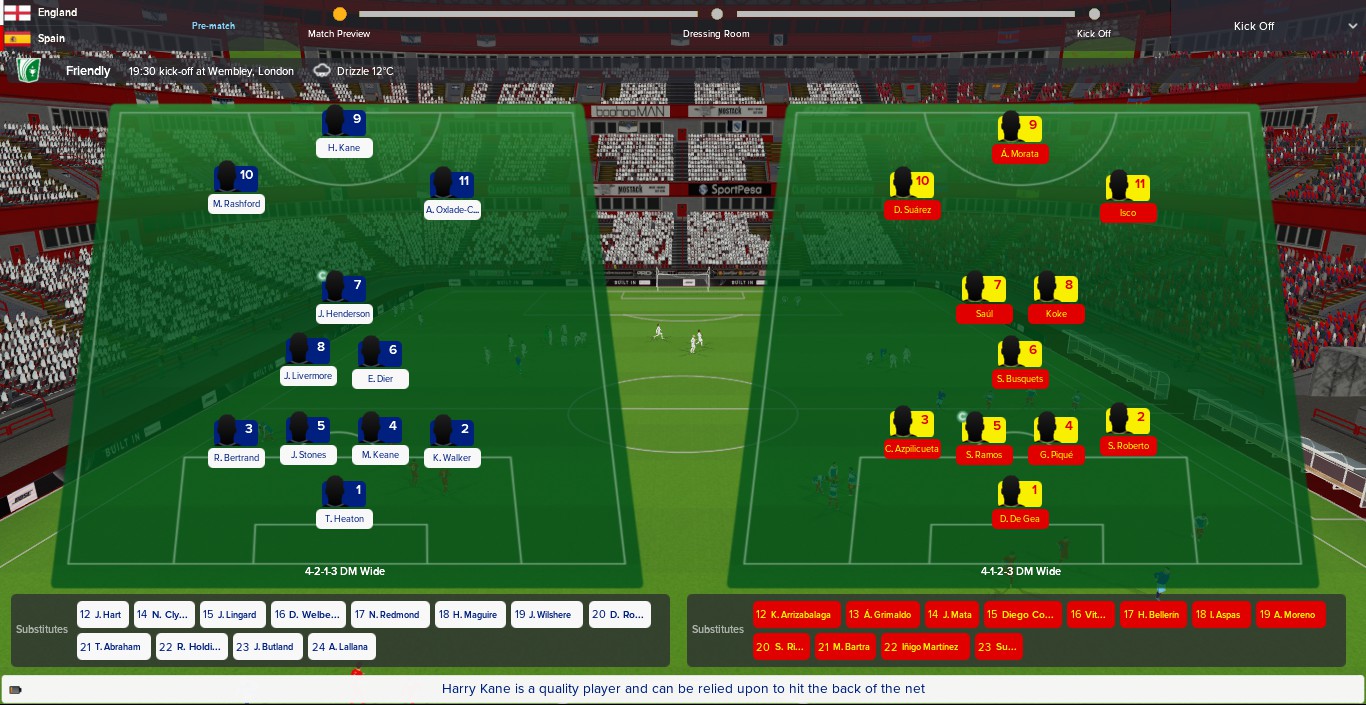 Kyle Walker opened the scoring, getting forward from right-back, with a long-range effort that eventually beat De Gea via the inside of the post and Morata equalised minutes later from a low Azpilicueta cross. Harry Kane restored England’s lead with an almost identical goal to Morata’s, although his came from a counter attack where Bertrand and Oxlade-Chamberlain lead the charge.

Morata got both his and Spain’s second deep into the second half thanks to Bellerin’s cross and the Chelsea hitman nodded in at the near post to leave England substitute goalkeeper Jack Butland grasping thin air.

Tammy Abraham was again on the substitutes bench but this time didn’t make an appearance as Gareth Southgate brought on Danny Welbeck for Harry Kane in the second half. I have to admit, I’m quite content at that. Tammy got his moment and we really don’t need him to come back injured. 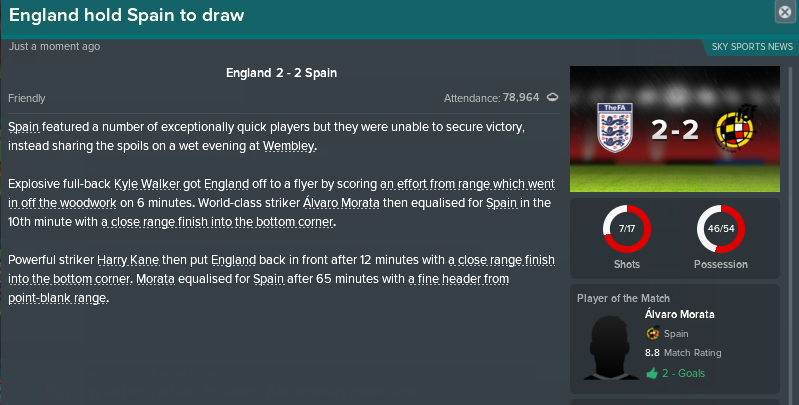 Looking good for England in Russia during the summer, isn’t it? Tomorrow we’re back to Swansea business with our last Cyprus friendly and then we return to England. Our game this weekend has been selected for television, so it’ll be the Monday night game.