On the one hand, Yarden Abohazira: 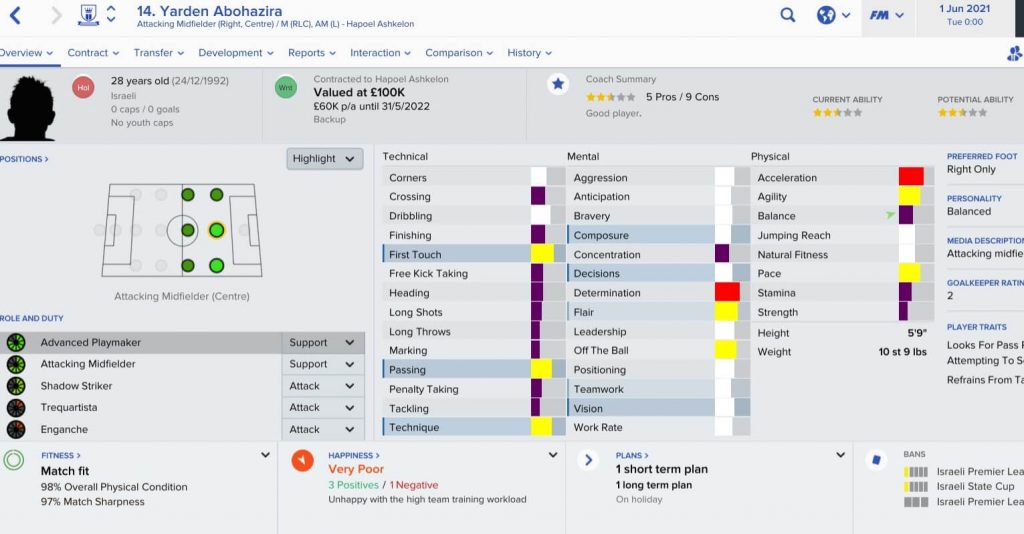 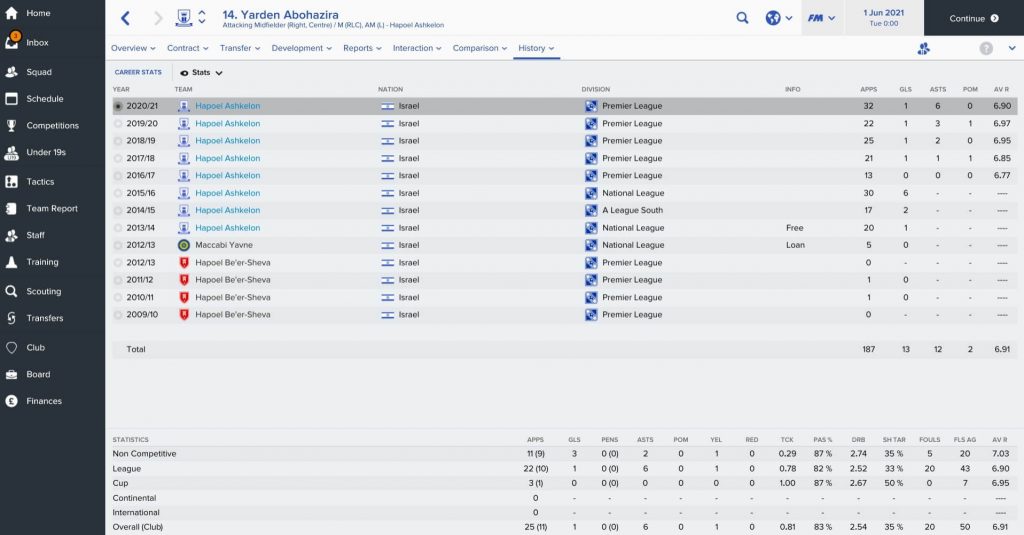 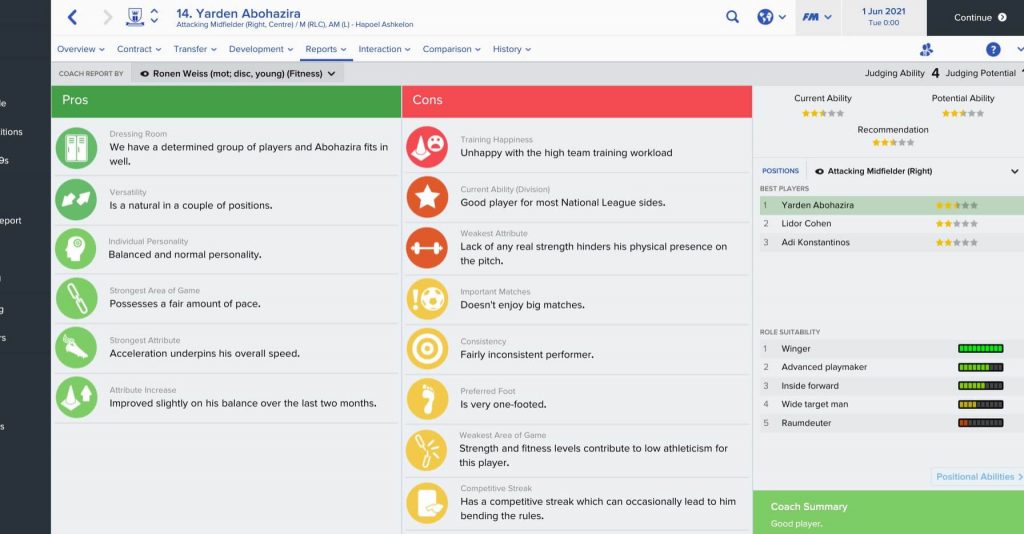 On the other, Adil Konstantinos: 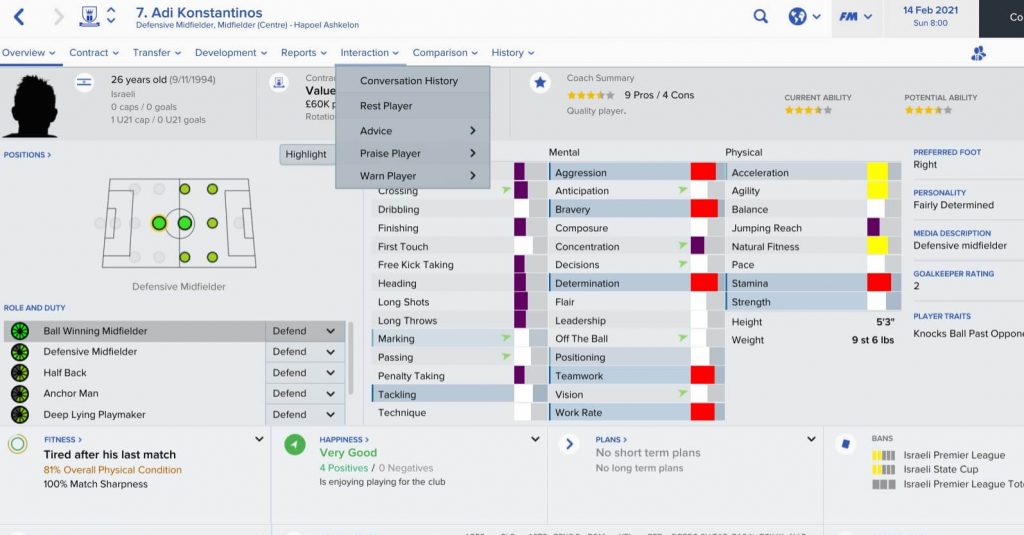 Abohazira is the sole survivor from the squad I inherited in the summer of 2016. He’s worked his way up with the club and now holds the record for first-team appearances.

Each season, between windows, I think of selling Abohazira on the grounds that he’s weedy and can’t defend. Then, when the window arrives, I review his performance and decide to retain him. He rarely plays badly. That first touch helps. He’s happy to play in any position, and in many roles, in the front half of the pitch. I’ve even used him as a makeshift poacher. And though he’s right-footed, he can play well on the left. Even once at left-back.

I bought Konstantinos for two reasons. First, it would give us a second utility man. That helps to reduce the total number of players required. And it makes for tactical flexibility, within and between games. Second, though not a copy of Abohazira — Adil is more defensive —  he could eventually replace him.

But no. While Abohazira steadily and unobtrusively racks up appearances and decent performances, Adil the Aggressor takes it into his head to give away penalties (including two in one game) and rack up cards and dismissals.

Needless to say, he objects to me fining him: he thinks he’s been playing well, you see.

You had your chance and you blew it.

Abohazira, sir, we’ll be retaining your services – I don’t know what I was thinking of, contemplating letting you go. I get it now – I get why the fans idolise you.

Please, just keep on keeping on.