I’ve made a bold decision. One that anyone who has followed my career (in the parallel universes of FM14-16) will find hard to believe. I’ve decided to abandon my much-cherished sweeper formation.

That’s a bit like Pulis announcing that, for West Brom, it’s tika-taka from now on. Or Keegan deciding to focus on defence. It’s not a sentence anyone would expect to hear.

My thinking is that the sweeper formation’s not worked well – perhaps because in Israel, unlike countries like Greece and Hungary where I’ve worked before, lots of people employ sweepers – and so know how to play against them.

More likely, though, it’s because our sweepers (of whom I favour Machluf) are only so-so. And by no means genuine liberos. Plus I’ve been struggling to find the really star quality sweeper (let alone libero) that I’ve been wanting to bring in.

So I’m going to train the team to play in a wide diamond: 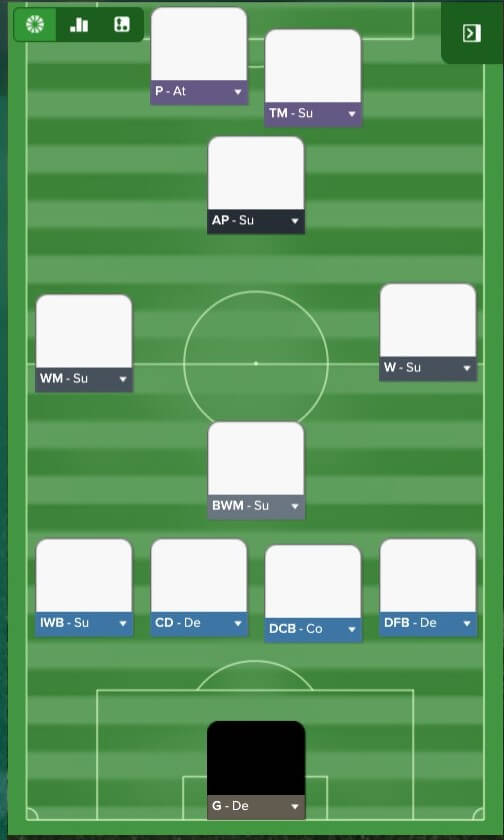 This will mean that we have three formations available, each of them 4-1-2-1-2. One employs a central midfielder a little to the left with another midfielder wide right: a second is the mirror image of the first; and the wide diamond dispenses with the central midfielder position and moves the midfielders out wide left and right. It shouldn’t take too long to train.

I don’t like the wide diamond formation. The only time I’ve used it for a sustained period was at Kissamikos (FM2015), when our Arabic-speaking scout unearthed a steady supply of wide-midfielders from the Maghreb.

But I’m not planning to use it as our default tactic. Rather, I’m thinking it’s something we could switch to if we need to find a way to make something happen.

After all, we’ve nothing to lose.