Signing a new player is exciting. The endless possibilities, the promise of more, the allure of positive impacts.

We’ve all had the worry of signing the next Freddy Adu or Fernando Torres of the Chelsea variety. Luckily for you, I’m here to help mitigate your worries.

Everyone scouts differently it seems, and I won’t preach there is a one-size-fits-all. For me, I have two methods I use in parallel to one another.

The automatic method
My chief scout is set to assign scouting assignments. I always sign up the best scouting department I can so I know I can rely on them. Why pay them if you don’t trust them?

They then send reports to my inbox frequently. Every 20 reports during the season, and every 10 reports or 2 days during the close season. I give each one a cursory glance and wholly trust the star ratings my scouts provide. Anyone 3* potential and under gets discarded, and anyone above 4* star gets put on my shortlist. 3 ½* – 4* gets an immediate look. If they don’t stand out they get acknowledged, and anyone who does gets shortlisted. 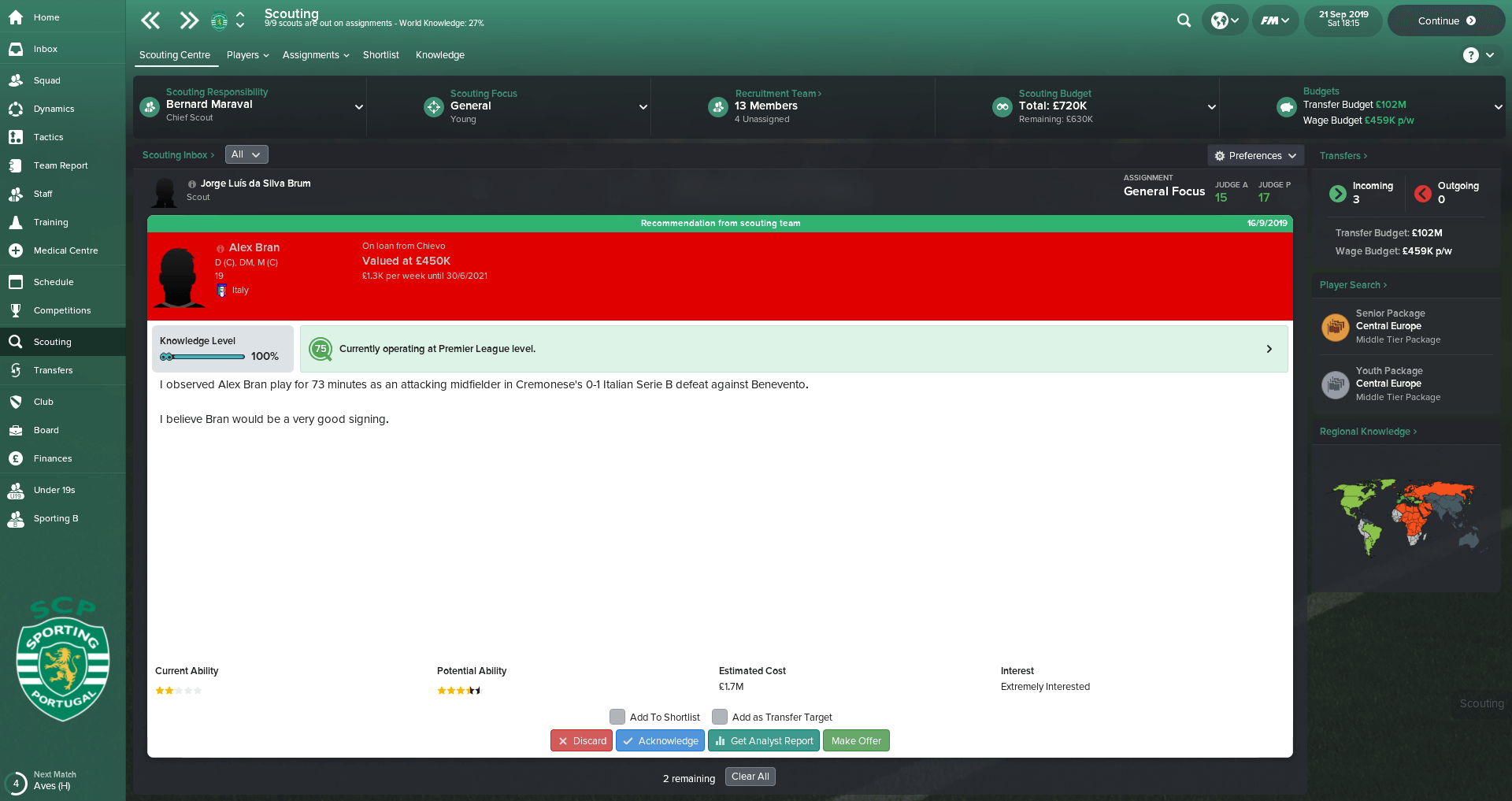 It involves looking at my current players and using the “find similar players” feature. It searches every player in the game and filters them based on my current player’s attributes. I then refine the filters further for the role the new player will be playing and see who comes up. It takes some figuring out, but if you get it right you will find some gems ripe for retraining.

Of course, you could just search through every player manually, as that is the old true manual method, but who has time for that?! 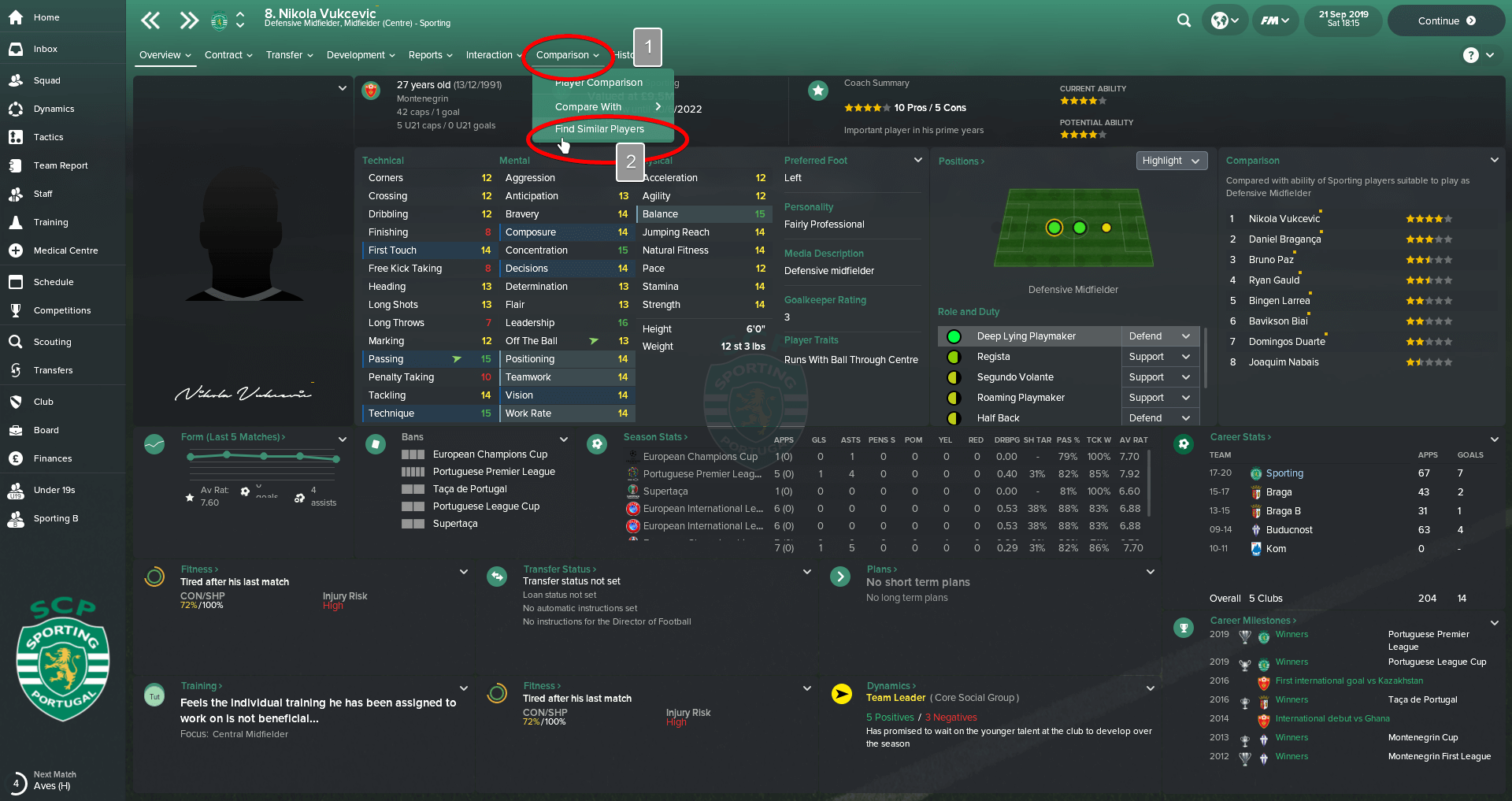 DO NOT – Ignore the small details

Finding players is the easy part. Knowing they’re good enough for your level isn’t difficult – it’s a game. We have access to numbers. Knowing if they’ll fit into your team though, is tricky.

The game tries, more than ever, to simulate the players as being real humans. They’ll form factions and cliques, friends and enemies. If you sign a player who upsets the apple cart you’ll have a much harder time getting them settled into a rhythm on the pitch, and they might even disrupt your current crop.

There are small details, that are easy to miss. Who are the players favoured clubs or personnel? Are you one of them? How does the player handle the media? Are the firey or level-headed? What languages do they speak? What is their personality? Does it fit in with your team or will they stand out? If one of these details doesn’t work for you, then perhaps you’ll survive. What if none of them are good though? 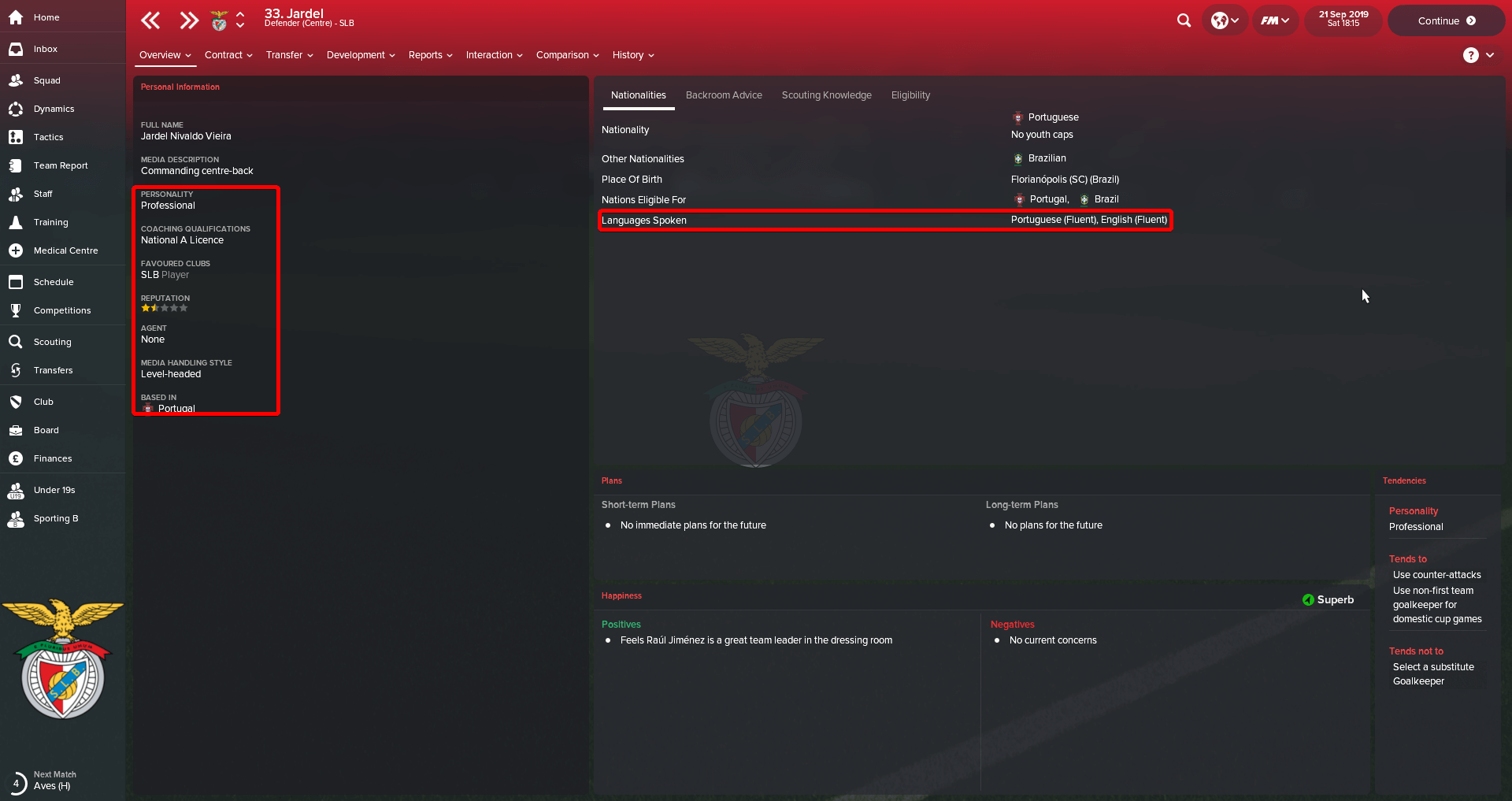 If a player makes it past your initial fears and you put the opening offer in, you need to continue protecting yourself. A flop will be a flop no matter how much you pay, but you’ll feel better if you’ve looked after future you.

Putting options in like payments for goals, appearances etc. means you only pay for what use them for. If they are a flop they are unlikely to reach larger milestones. Having the majority of the transfer money tied up in possible future payments lessens the impact on your budget in the immediate future as well. If you can’t afford that £2M payment for 50 appearances then just stop when they reach 49. It’s cheeky, but it does happen in real life. 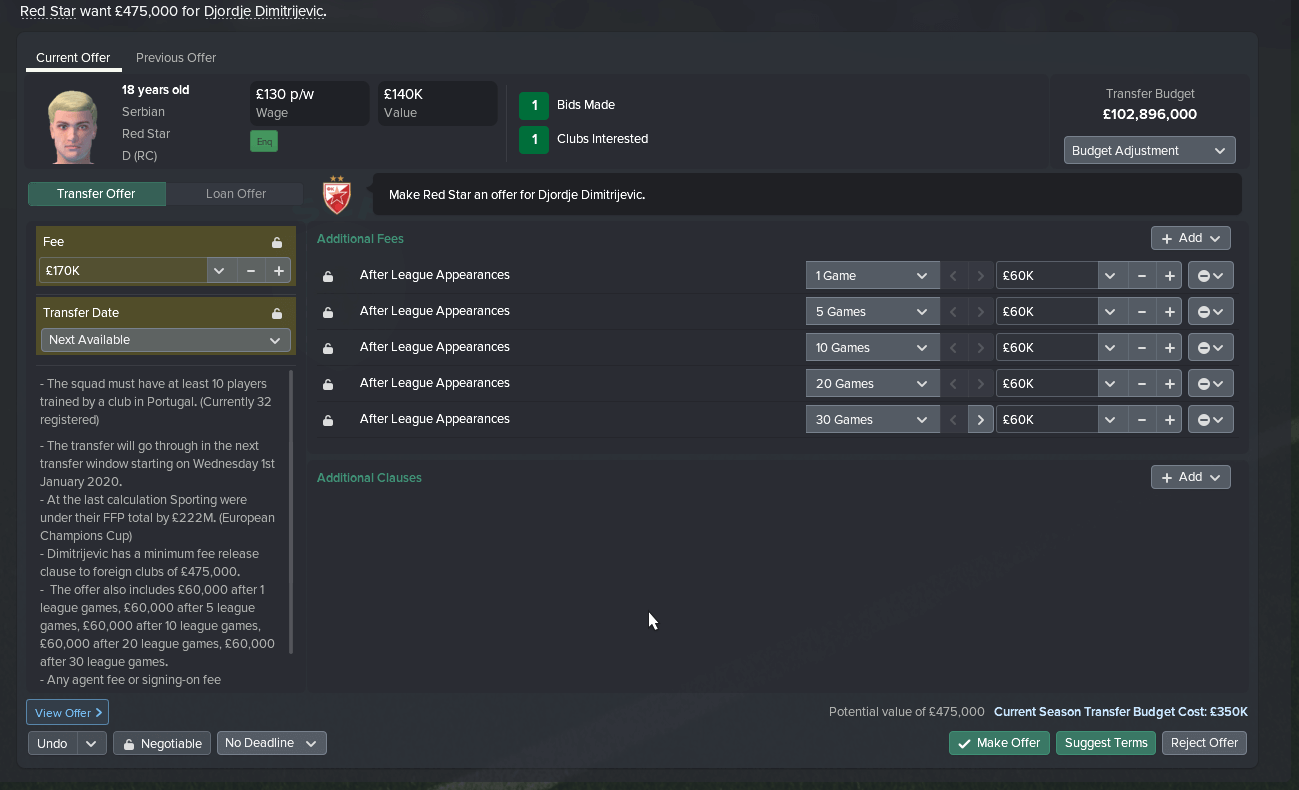 DO NOT – Skip the contract negotiation

It’s easy to get bored working out the finer details of a big contract. There can be so many clauses to fine tune it gets a bit silly. They are necessary to mitigate losses from a flop though.

If you’re worried about performance then having large bonuses and low weekly wages could save you. If they’re only getting paid when they score it might entice them to find the back of the net a bit more.

You’ll want to lower the unused substitute fee though so that you’re not paying then to warm the bench. You need to avoid yearly wage rises or anything that can permanently increase the player’s wage.

DO – Accept a loss

Sometimes, no matter how much it pains you, you have to accept a player has flopped. You might have put big money on them, betting their high wages might equate to more success on the pitch. This isn’t always the case though. Unfortunately for us, not every player is a success. There will be some players where you have to accept you’ll make a loss, and for the good of the club, you just need to get their wages off your annual bill. It’s usually more expensive to keep a player on the salary roll than to take the first acceptable offer for them.