PSV are heavy favourites away from home with odds of 2/5.

Herenveen are without the injured midfielder Stijn Schaars.

PSV have a full roster available and Marco van Ginkel will rejoin the starting XI. 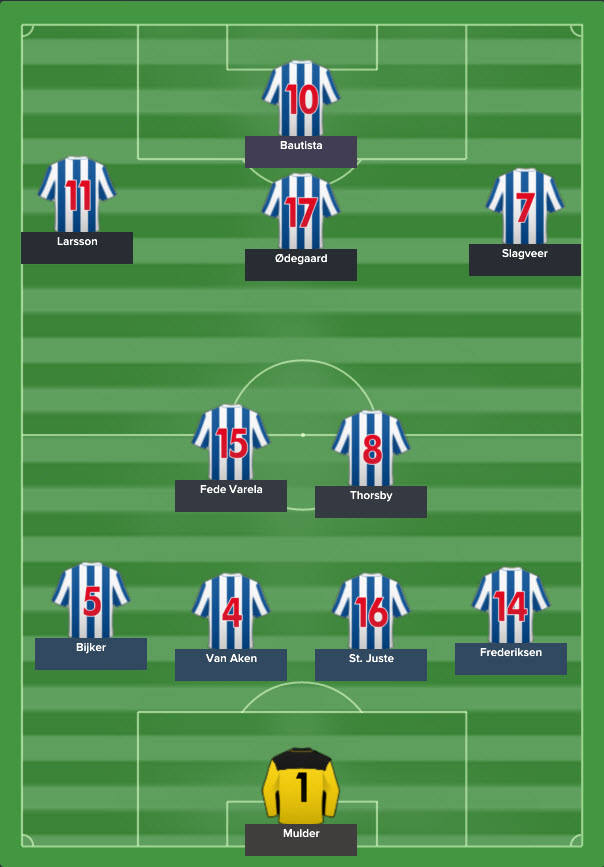 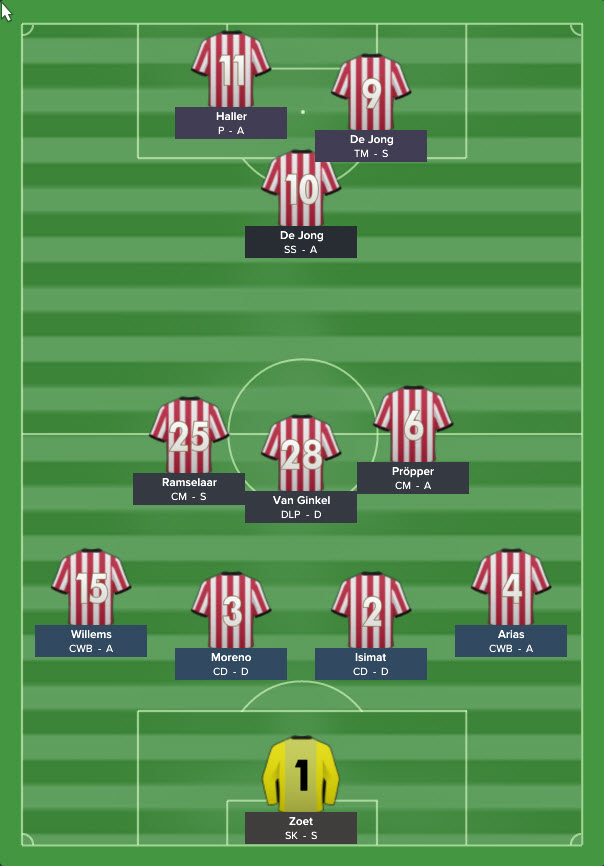 Herenveen dominate the opening 15 minutes of the game and it almost pays off when Martin Odegaard fires a shot goalward and Zoet is just about able to push it onto the post and gather the ball at the second attempt.

PSV get their first real chance on 25 minutes when the ball drops from a corner to Isimat-Mirin but his shot is tipped over the bar.

Herenveen rattle the bar again on 34 minutes when an incisive breakaway leads to a cross for Jon Bautista but his shot hits the woodwork and goes wide.

Despite the home side’s dominance it is PSV who make the breakthrough! Haller plays the ball through a gap in the middle and de Jong breaches the Herenveen defensive line to run through and fire into the back of the net! 1-0 PSV. 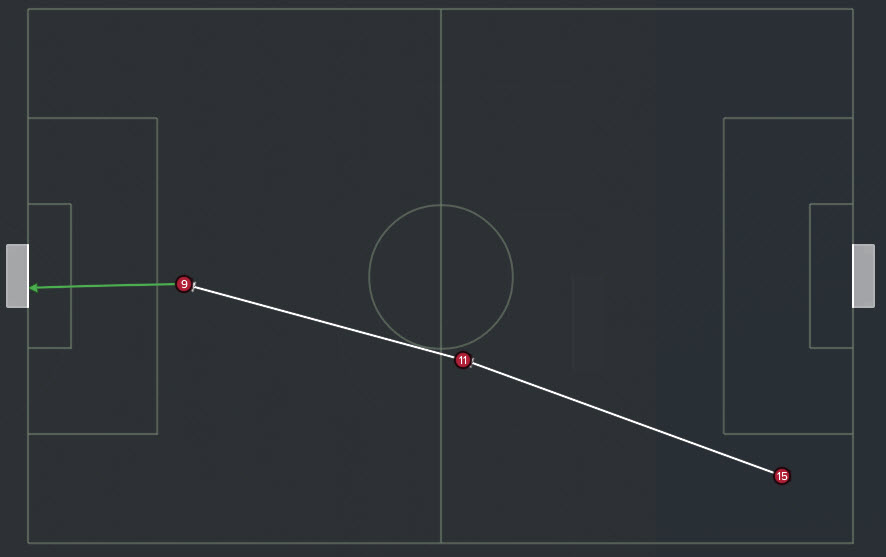 PSV lead totally against the run of play. An assured defensive display is required in the second half. 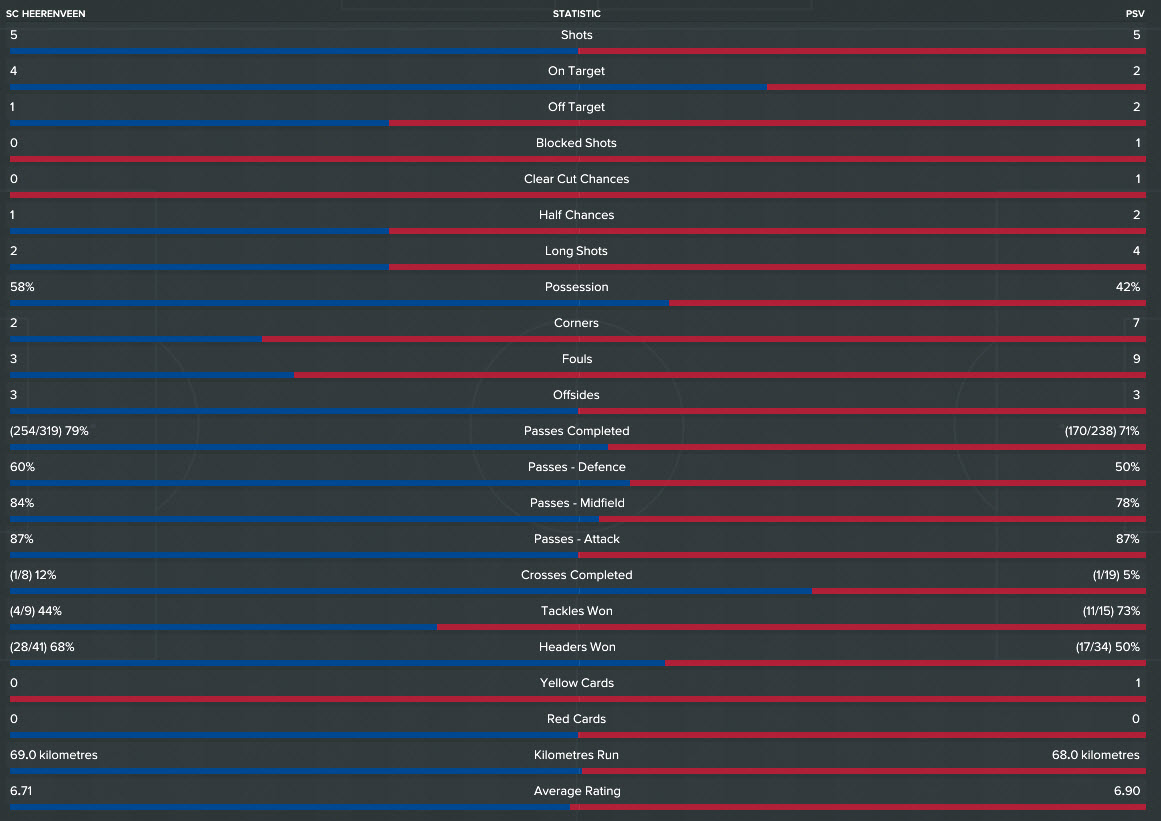 Inevitably Herenveen get their goal! Slagveer’s cut back from the right hand side of the box is met by Morten Thorsby running from midfield who slides in to push the ball over the goal line. 1-1. 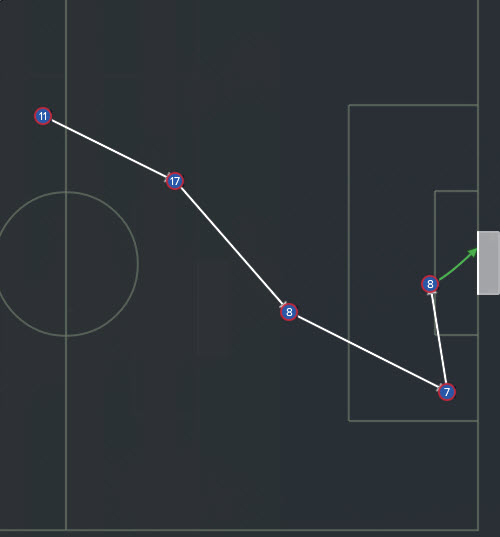 Branimir Hrgota comes on for the last 25 minutes to run at Herenveen’s defence for us.

It’s a change that becomes evident immediately. De Jong plays the ball in behind the Herenveen defence and Hrgota sprints clear but his shot is well saved. Hrgota doesn’t have to wait long to get another chance though as on 74 minutes he plays a one-two with Luuk de Jong and fires into the back of the net. 2-1 PSV! 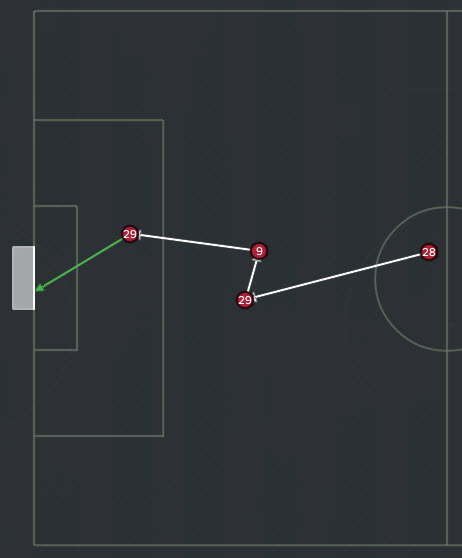 PSV look to be winding down the clock well but on 89 minutes Isimat-Mirin makes a dreadful mistake in pushing Arber Zeneli in the box. Penalty to Herenveen. Martin Odegaard steps up to hit the spot kick but it is saved by Zoet to keep PSV 2-1 ahead!

To say PSV lucked out in this one may be somewhat of an understatement but we take 3 points however they come! 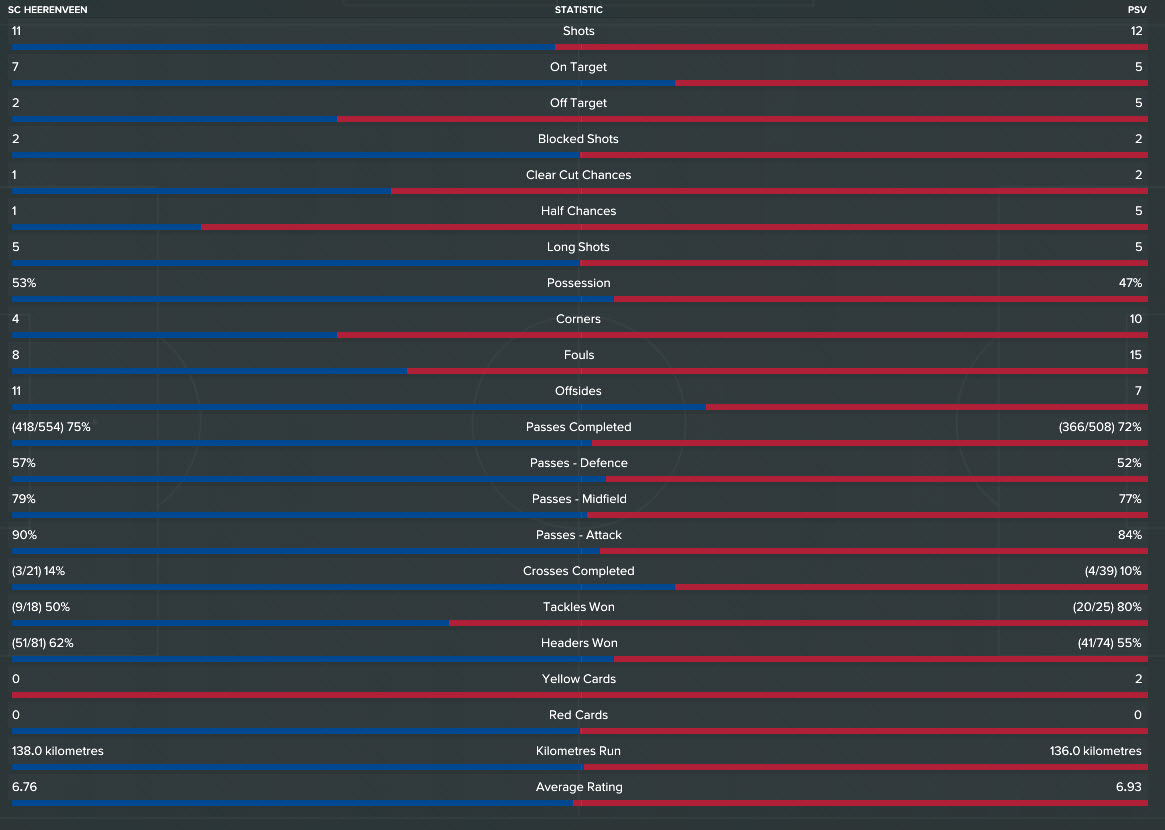 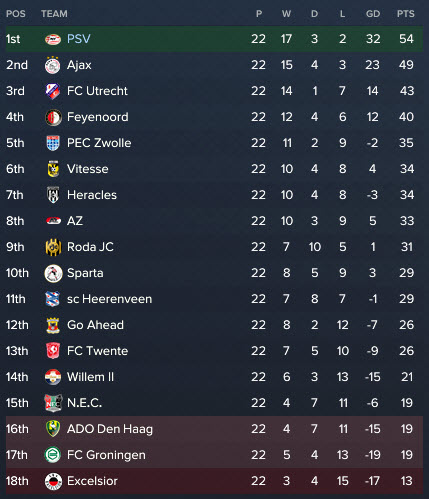 A return to The Philips Stadion as PSV welcome Willem II.