PSV are the slight favourites at odds of 6/4 as the Scottish Champions come to town.

Christian Gamboa, James Forrest and Stuart Armstrong are injured for Celtic and Scott Brown misses out through suspension.

Moussa Dembele is the obvious dangerman for the visitors with 7 goals in 6 European outings so far this season and 2 in 3 in the Scottish Premiership. He’ll be marked tightly tonight and closed down at every opportunity. 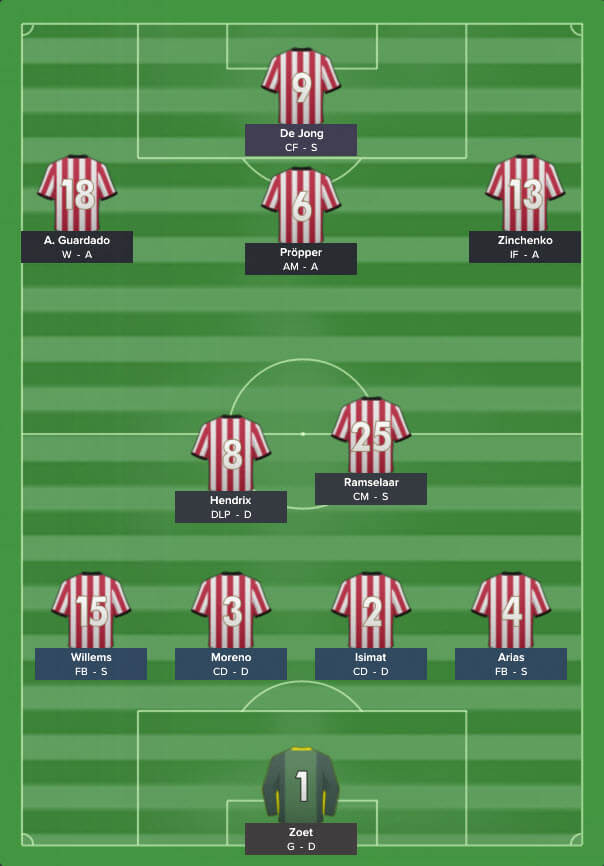 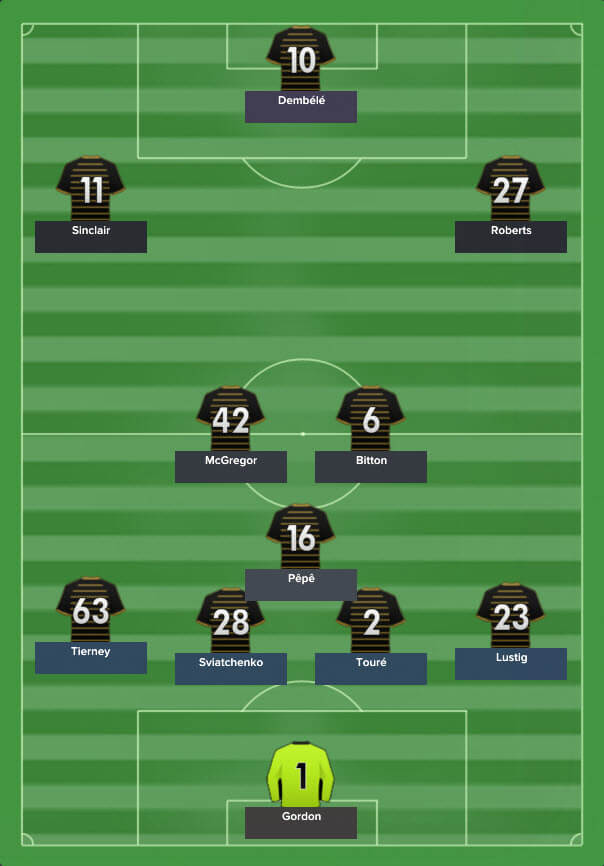 2 minutes in and Davy Propper is worked into a shooting position but Craig Gordon saves well.

9 minutes gone and the tightly marked Dembele wriggles free to receive the ball in the box and fire beneath Jeroen Zoet. 1-0 Celtic.

PSV look to hit back instantly but Santiago Arias’ cross is headed inches over the crossbar. Minutes later De Jong hits one from 18 yards but it flies over too.

An attack starts from deep as Zinchenko plays an excellent quarterback style pass to Guardado wide on the left. The Mexican winger centres the ball for de Jong who takes a touch and slots home the equaliser. 1-1. 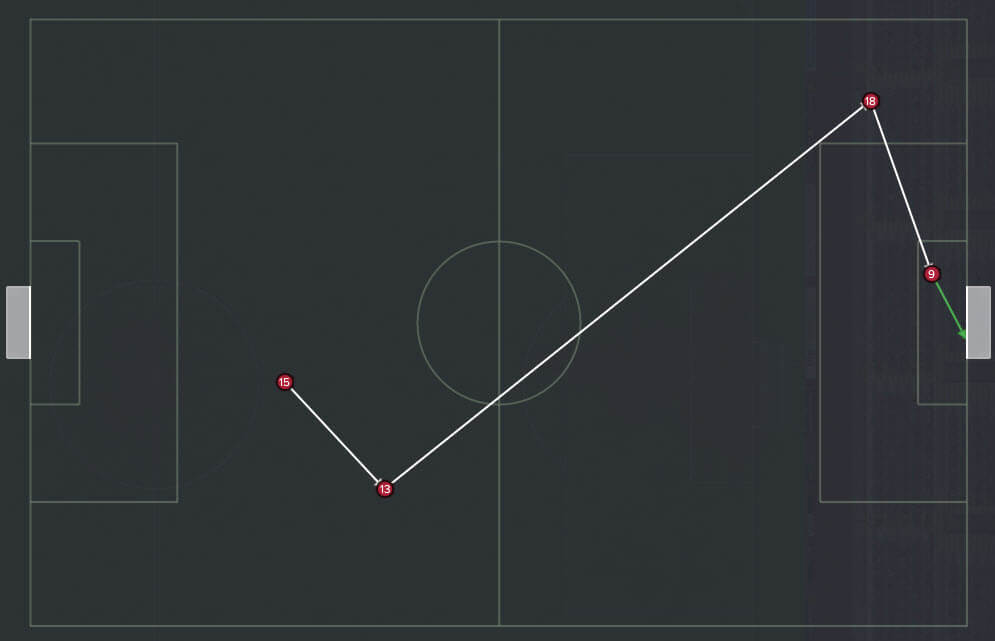 Minutes before the half a Guardado corner bounces dangerously around the box but no one from PSV is able to apply the final touch.

Long shots are not really an issue in this match – it seems poor finishing is. Nonetheless we are in an excellent position to take control here. 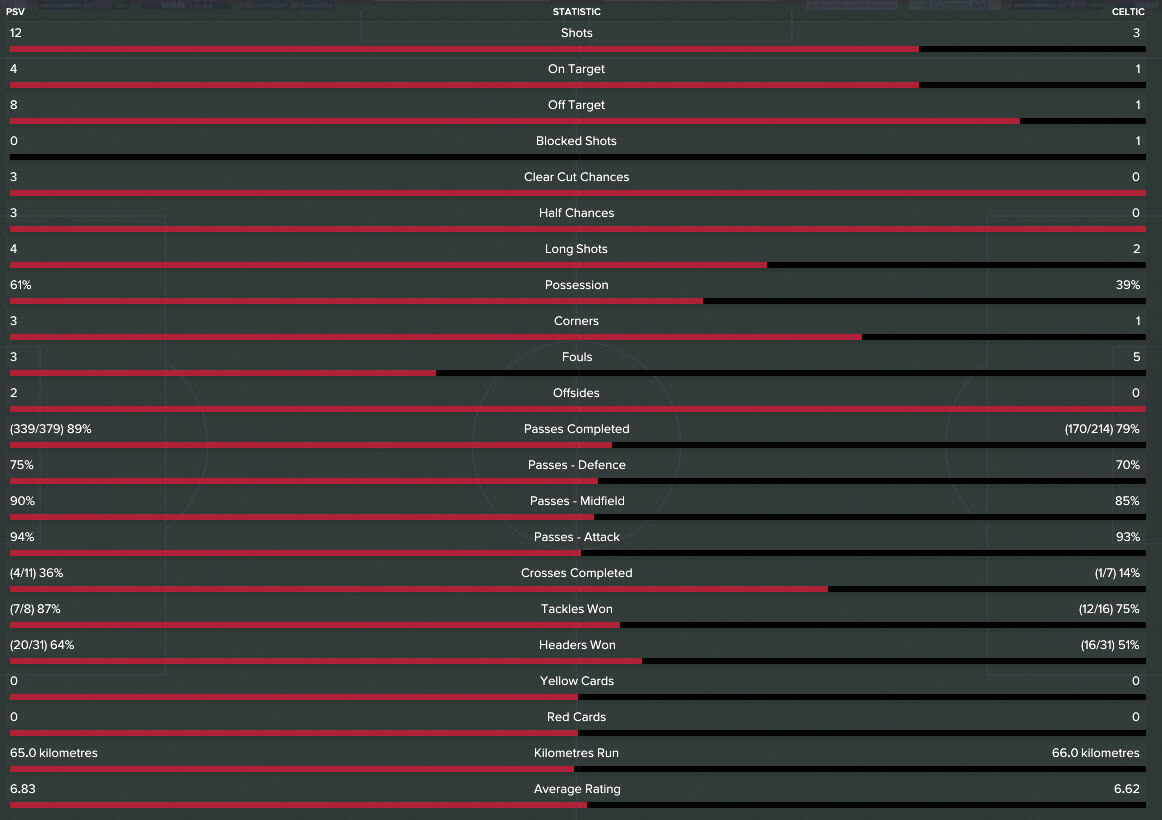 Our close marking of Dembele has been largely effective, limiting the Frenchman to only one shot so far. It’s just unfortunate that one shot was taken so clinically. 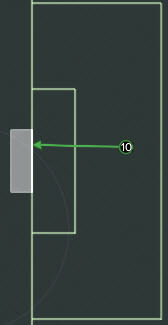 The first chance of the second half falls to Zinchenko on 55 minutes but his shot from outside the box is easily held. A quick breakaway on the hour mark is wasted when de Jong attempts from range rather than freeing Guardado to his left.

An error at the back from Arias gives the ball straight to Patrick Roberts. Roberts tees up Dembele who misses the target from 7 yards! Andres Guardado has numerous freekicks in the closing stages of the game but can’t register any of them on target.

Plenty of chances created but the finishing was poor. Still, we’re happy to kick the group games off with a point. 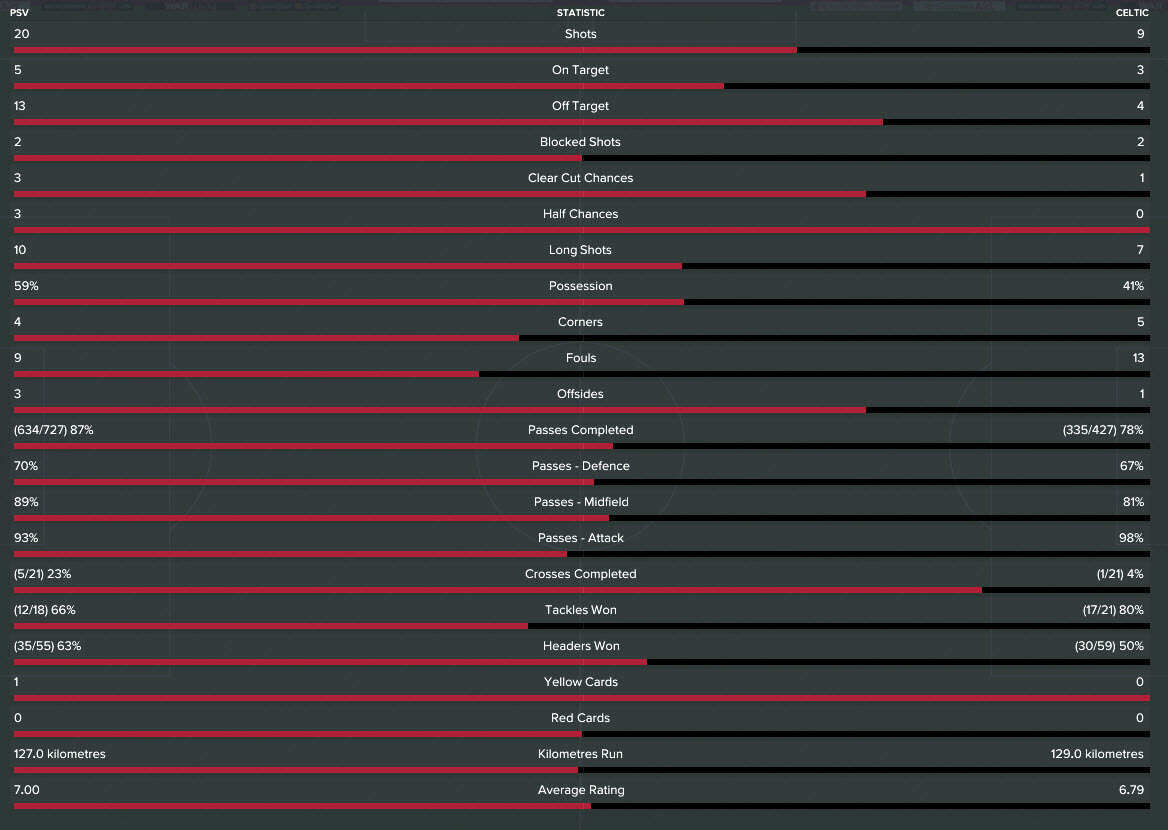 Isimat was a shining star in defence again as he notched up 14 interceptions!