This season we did have a bit more money to work with on the wages front. This meant that with this money we have we will be able to bring a whole hoard of free transfers. 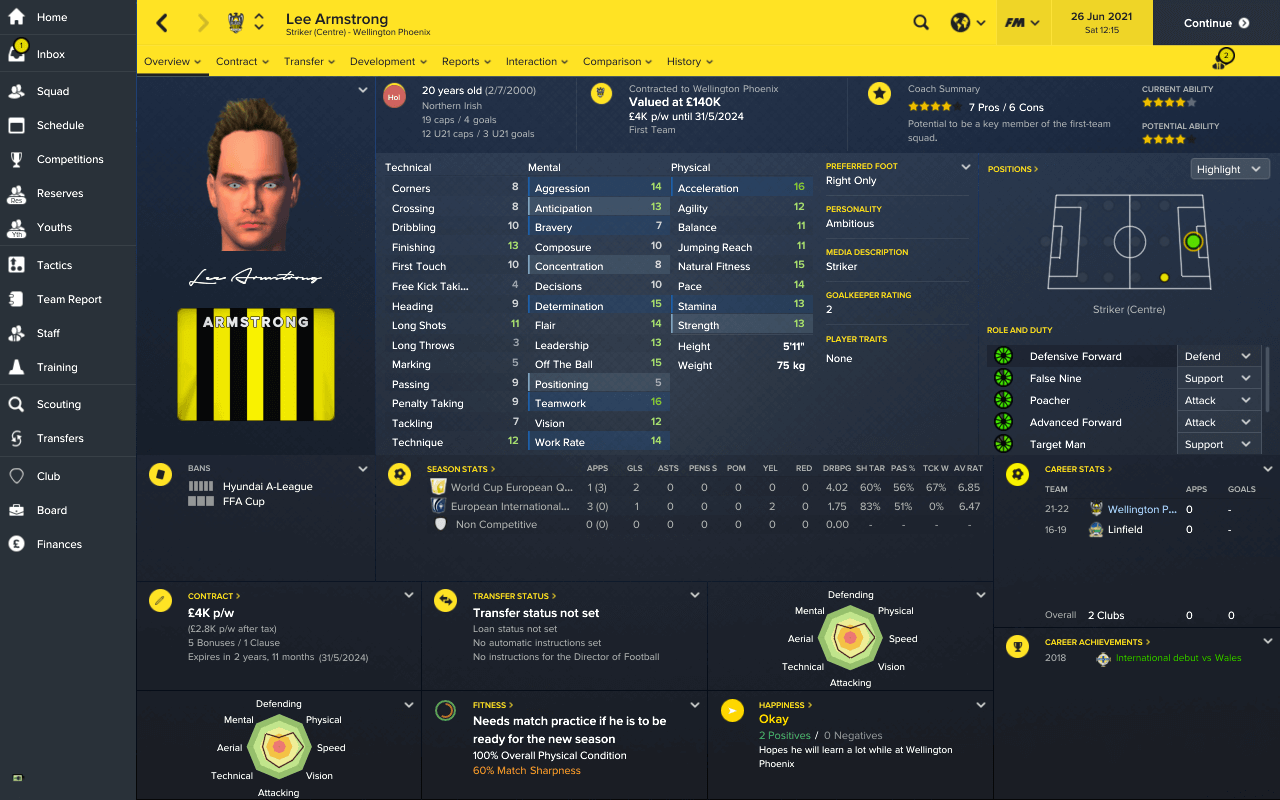 Lee Armstrong was one of the signings we made that showed our intent for the season. This is because as we did have the money on the wages front I did do an attribute search for the Complete Forward I needed and he was the best of the bunch. Plus he is already representing Northern Ireland for the national team and this would give us another string to our bow. Though there is one problem with signing a player who is representing his team on the national front and that is that he might miss a few games here and there due to his international commitments. 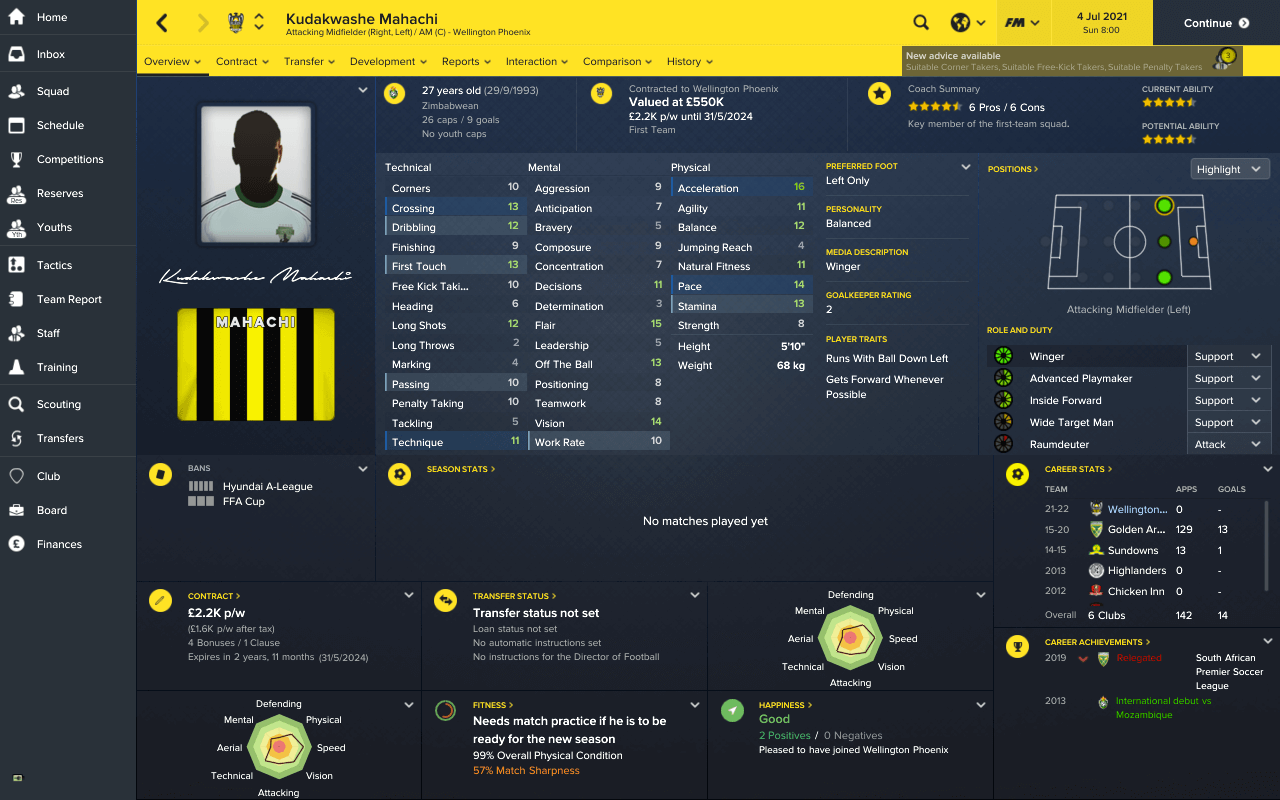 Mahachi was the second signing in, he is a rapid winger who can play on either flank and I have been tracking Mahachi since my days in South Africa and was impressed with how he did for Sundows and I was delighted to add him to Wellington. 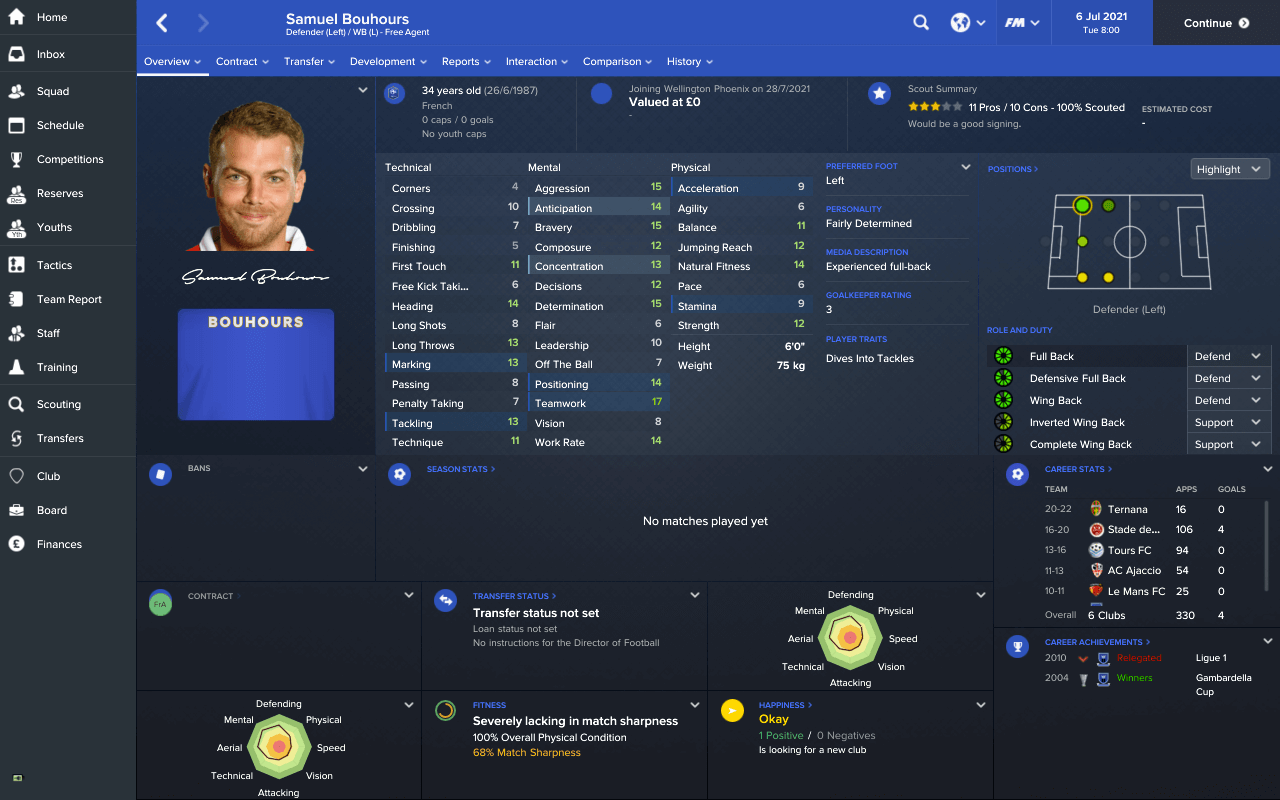 Bouhours was a signing which I made to to cover both left and central defender positions. He wasn’t being picked up by any other team and he did want to join us so YES please! 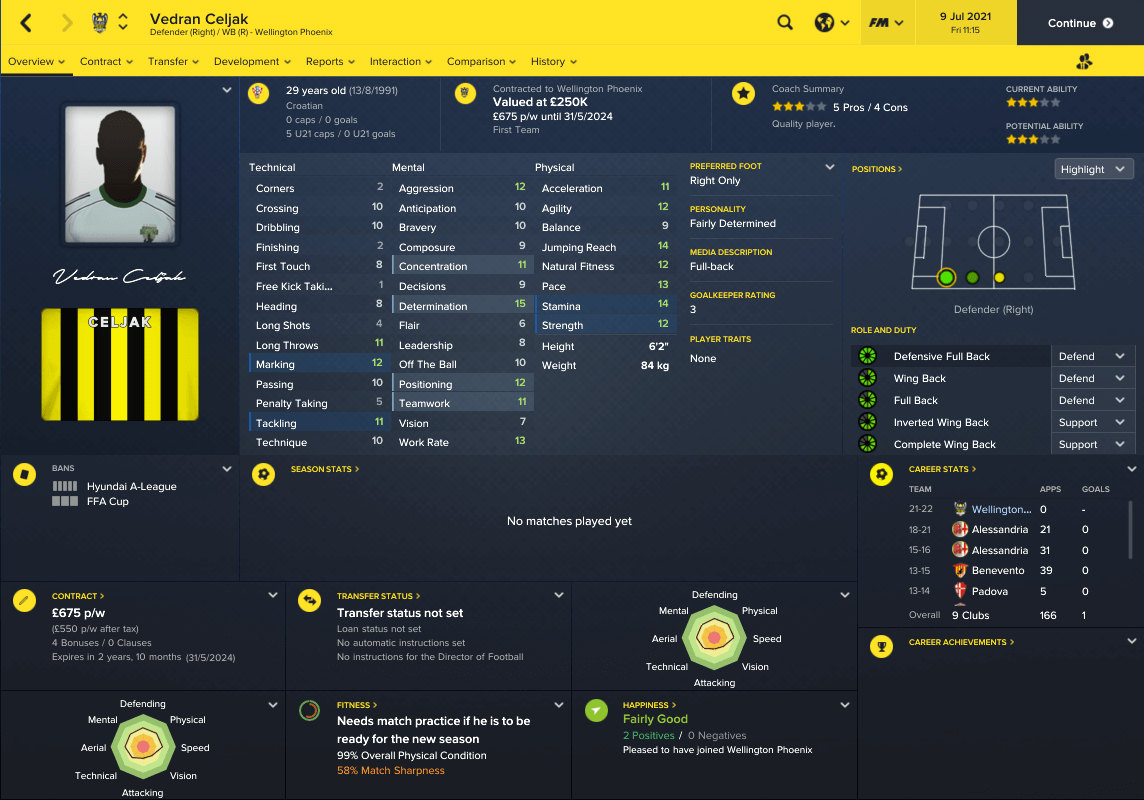 Last season we were pretty strong in the right full back region though I as mentioned that with this season I wanted to strengthen in almost all areas. So yes Louis Fenton was great last season though he would be good on the bench plus Fenton is a very versatile player which makes him very useful from the bench.

Here in the A-League the Youth Intakes takes place much earlier then it used to in South Africa. This Intake we didn’t have the greatest of Intakes as you would expect with the kind of facilities we have available. Though we did have an absolute gem which came through named Daniel Richardson. He was so good that I had to start most of my A-League games in the AMC strata. Plus the Sporting personality just gave me so much more to like about him. 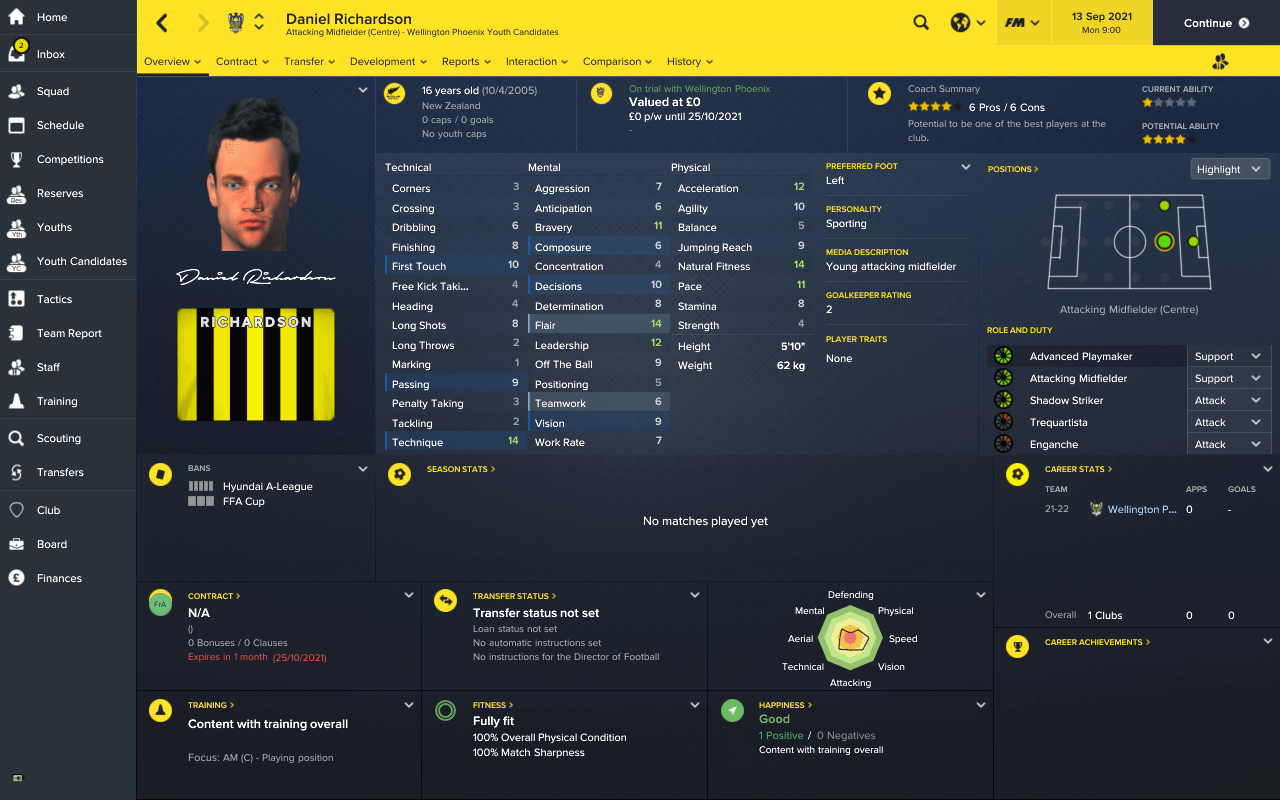 Like mentioned in the previous post that the FFA Cup is the cup competition here in Australia. This year was unlike the previous year.

The aim I had with this season was again not finishing bottom of the league as we did make a numerous number of signing though we still had the worst team in the league. We did this sort of as we finished 7th which is a better performance from last season. Halfway through the season I got a job offer from Jeju United in Korea they were top of the Korean League though I had to decline the offer as we had to first win the league in Australia. I know I can do this because Melbourne City won the league last season and they have the best team in the league and the finished below us in the league so obviously the will be sacking their manager so that might be the next destination for The Ultimate Journey.

That was the end of the second season in Australia to stay in touch with the blog follow me on Twitter and Slack to know more about the save.