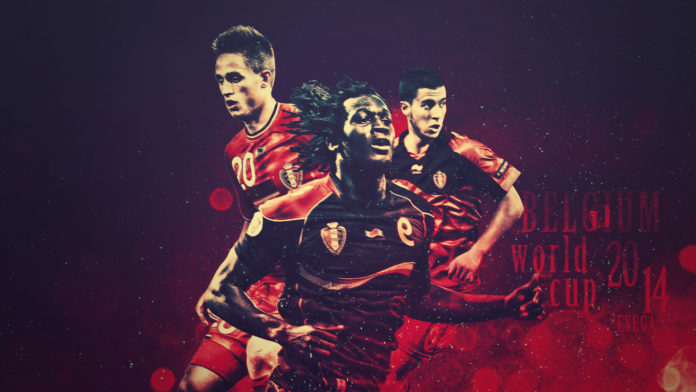 Everybody who has already managed a Belgian team on FM will have noticed that the football league structure is not a conventional one. I remember lots of questions on several boards about the structure whenever someone took over a Belgian club. With this piece, I try to give an overview about how the structure is set up and why it is set up this way.

In order to understand the structure as introduced this season, I have to give a small summary about the history of the Belgian leagues. Before the 2009/2010 season, the league structure was quite straight forward: the 1st division, called 1ste klasse, had 18 clubs. Those 18 clubs played each other twice where the leaders at the end of the season were crowned champions, numbers 2, 3 and 4 got into Europe, the last 2 in the standings were relegated and replaced by the champion of the 2nd division, called 2de klasse and the winner of a play-off.

Everything ok you’d think: simple and straight forward league structure, nothing much to tinker with.

However, the 5 big clubs in Belgium, RSC Anderlecht, R. Standard de Liège, Club Brugge KV, AA Gent and Racing Genk, were not satisfied. They felt that the general level of Belgian clubs was falling, which resulted in failing performances in Europe. One of their solutions would be to reduce the 1ste klasse to 10 or 12 clubs, which would increase the number of big games as the big clubs would play each other more frequently, hopefully improving the level of Belgian football in general.

Of course, those 5 clubs are not the only ones to decide on that. Actually, all 18 clubs from 1ste klasse and all 18 clubs of 2de klasse have a vote to decide these kind of things. In the end, they came up with the most Belgian of decisions: a compromise.

From the 2009/2010 season, the 1ste klasse would be reformed to 16 clubs with an additional play-off mechanic added after the first 30 games. I won’t go deeper into that system as it has been replaced with a new system again this season and big parts are retained. The big change is to be found in 2de klasse.

The 2de klasse has been reduced from 18 clubs to 8 clubs. Reasoning behind this, and it’s something which is supported by a lot of people throughout the Belgian football community, is that Belgium is not big enough to support 34 full professional clubs. The last few years or even decades, quite a lot of professional Belgium clubs went bancrupt and were scrapped. In order to avoid this, the number of professional clubs was reduced and limited to 24. We will talk about this new structure.

The transition between last season and this season didn’t go without problems though. For example, the champions of 3de klasse were not promoted to 1ste klasse B and had to start the season in 1ste amateur, practically meaning they stayed in the 3rd tier.

Now, lets see how this al works division by division as playable in the standard database of FM17.

In 1ste klasse A, aka the Jupiler Pro League A, the 16 teams will play a home and away round of league games for a total of 30 games. After those 30 games, the play-offs start:

From here on, the fun stuff starts.

The 6 top clubs will start in this group with half of the points they finished the first stage of the season with. This points total is rounded up. For example, Anderlecht gained 60 points after the first 30 games, Club Brugge had 57 points, this means Anderlecht will start the PO1 with 30 points, Club Brugge with 29 etc. This 6 clubs will play each other twice again. After these 10 extra games, the team with the most points is crowned champion!

Of course, with the points halved after 30 games, it is much closer at the top and you really need to have your squad in the best form for this run of 10 games. Also, if there is a tie between 2 clubs after the 10 games, the first tie braker is the number of points after the 60 games, so the rounding up only has a small influence.

Here, the 9 teams of the first stage of the championship between places 7 and 15 are joined by 3 teams from 1ste klasse B for a total of 12 clubs. How these 3 clubs are selected will be explained in the next chapter. The clubs will be divided into 2 groups of 6 clubs and they will play 10 games again. The winners of both groups will play a 2 legged PO2 final which will determine the winner of PO2. This winner of PO2 will play another 2 legged tie against the 3rd or 4th placed club of PO1, depending on the winner of the Belgian Cup, for the final European ticket.

The attentive reader will notice something here: it is very much possible that a club from the 2nd tier of Belgian football that is 1ste klasse B earns a European ticket, usually for the Europa League, via the league. I even have to add something here: the 3 teams from 1ste klasse B who get to PO2 will not get promoted to 1ste klasse A.

So yes, it is possible, however unlikely, that a 2nd tiered team will play European football, representing the Belgian league.

Now, how about 1ste klasse B, aka the Proximus League? Well, we have something speciall here as well!

These 8 clubs will actually play 2 competitions: a first one between september and december and a second one between january and march.

To determine the 3 clubs to be transferred to PO2, the point totals of both competitions are added up and the 2nd and 3rd placed teams of those total points are transferred, together with the loser of the champions final.

The remaining 4 clubs will play a relegation play-off and the team at the bottem after 6 games will be relegated to the 1ste Amateur division, if the team selected for promotion from that division has got the permit to promote to the professional divisions.

Overall, this gives the following infografic for the mechanics between 1ste klasse A and B.

Then, the final tier as represented in the original FM17 database. Remember that the 16 clubs in this division are all amateur by regulation. This might make it tricky for transfers.

The 16 clubs will play each other twice, for a total of 30 games. After 30 games, the best 4 clubs will be selected for a promotion play-off group where they’ll also carry 50% of the points as won during the first 30 games. The winner of this group gains a ticket to promote to 1ste klasse B, on condition that they get the professional license.

The bottom 3 (!) clubs are relegated while the club in P13 will have to play a relegation/promotion play-off against 3 clubs from 2de Amateur in a group of 4.

I think the Belgian league structure can compete with South-American structures regarding complexity.