Three at the Back?!

Louis Van Gaal was laughed at when he tried to implement a three-at-the-back system at Man United a few years ago. Partially because it didn’t work, but mainly because it was new, and the Premier League doesn’t like change.

However, when Antonio Conte arrived last season and played three at the back, he went on to win the league. In addition, the 3-4-3 formation Conte used got copied by several other teams in the top flight. 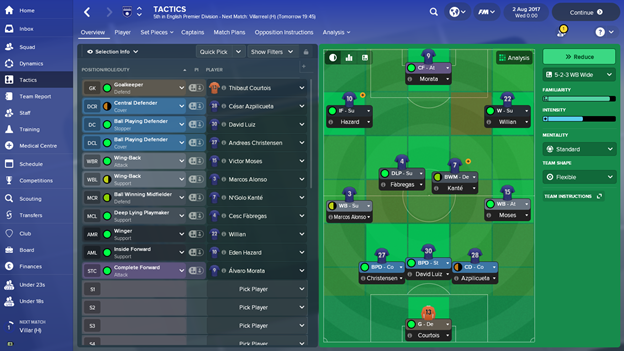 As Football Manager’s new formation analysis shows, there are next to no weak points in this formation. There’s a faint red box just inside the right-winger, because he plays with the “winger” instruction. There is a small gap between Fabregas as a deep-lying playmaker and the defence, but by playing David Luiz as a stopper, he marshals that area in front of the defence.

An experienced CAM, such as Mesut Ozil in an FA Cup final, can exploit this gap. To counter this, playing one, or both, of the CMs as CDMs will nullify a CAM, although this will of course surrender the midfield to the opposition. 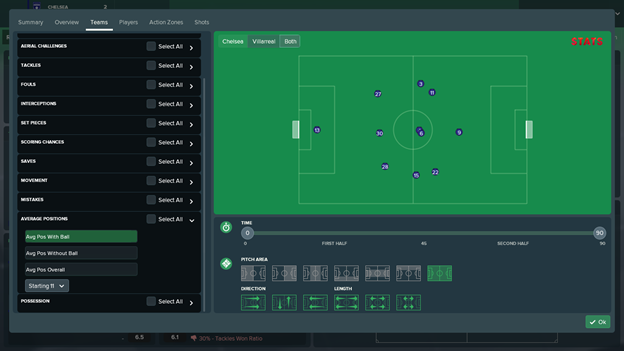 This screen shows how little control this formation has over the midfield anyway. Even with the ball, the CMs trip over each other, and the wide players stay wide. By instructing the wing-backs to overlap, every attack produces an overload on the wings. The conventional wingers can then play inside to the striker, which begins to utilise that CAM area. 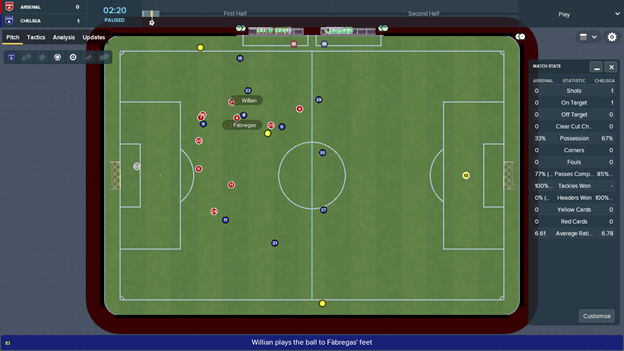 This is what I mean. The CMs are playing in essentially the same spot. Willian, the winger, comes deep and doesn’t look to exploit the final third. Victor Moses at the top of the screen is preparing to do that. 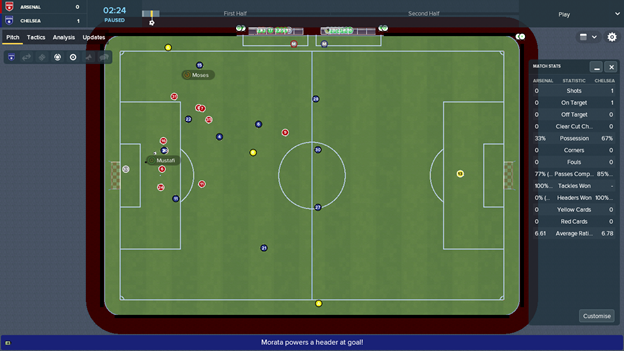 An important aspect of this formation is the striker. 3-4-3 is reliant on the team maintaining its overall shape, although the striker doesn’t really have a set job. He doesn’t have a CAM to link with, or conventional wingers to work off. If you intend to use 3-4-3, however, it is recommended that the striker is good in the air (Morata). The analysis screen showed how wide the wide men play. If your striker can’t head the ball from the inevitable crosses that come in, then you are not going to score. 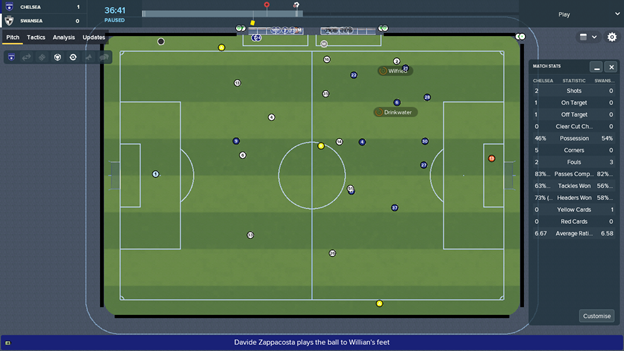 If a team pays your 3-4-3 too much respect and doesn’t come at you, your centre-backs are just going to be bored. This screen shows the opposition using a lone striker. The defensive shape is too strong. That’s the key to 3-4-3. The shape will do most of the work. The quality of player is not what’s important, but ensuring that those players can maintain their shape. 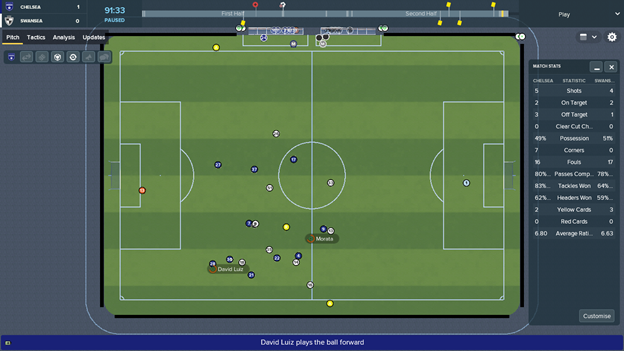 The only player that desperately needs to have quality is the striker. Like Costa, Morata, Van Persie at Holland, the list goes on. That striker is playing up top with no specific player feeding him through balls or linking up. That player needs to be good in the air to grab headers, or athletic enough to get on the end of long balls. 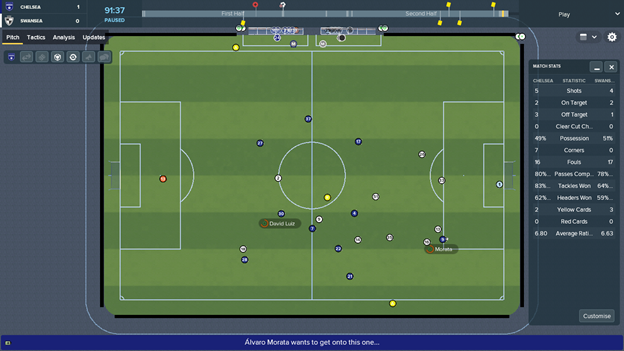 The earlier screen showed a team using one striker and failing due to the 3-4-3 shape. These two screens show that same team pushing on for an equaliser. Our shape hasn’t changed, and the ball over the top was a simple one, but the quality of the striker is what ensures he can control the ball, line up, and finish to kill the game off.

Play around with your tactical instructions. You don’t need a particularly high defensive line, and I would recommend passing it direct (see above). All in all don’t worry about defenders that can pass, or players that can dribble. All you need is a physical striker, and an intelligent back three, and you’re halfway there.