PSV’s odds have shortened slightly after the labored victory over Vitesse but remain odds-on at 4/6 today.

Hector Moreno remains the only casualty but will be expected to return in the coming weeks.

Twente’s only forced omission today is defender Peet Bijen due to treatment for a twisted knee. 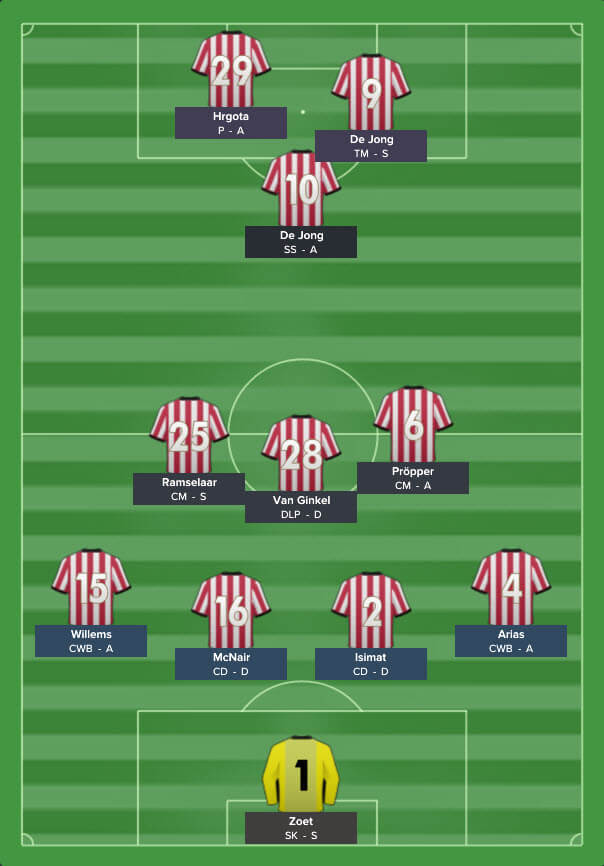 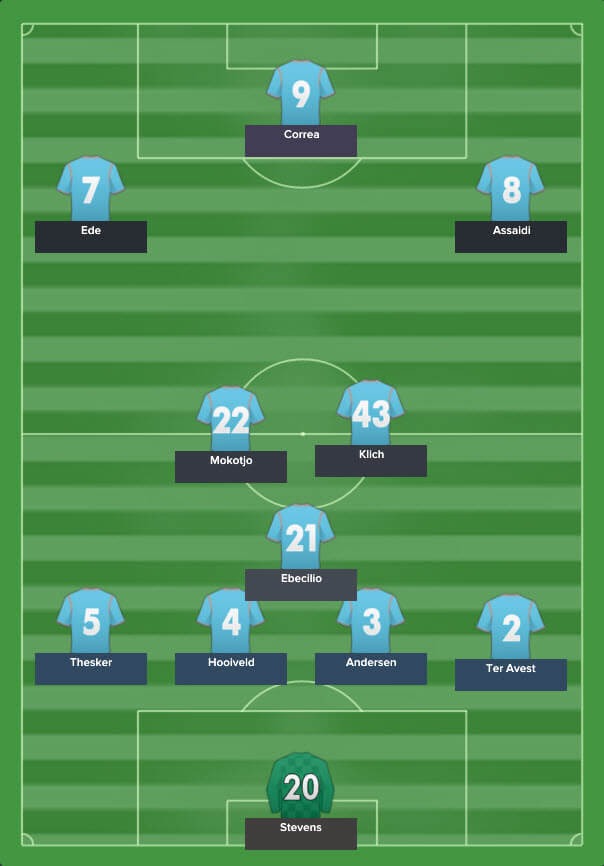 There is much to-ing and froing in the early stages of the match but we will have to wait until 27 minutes for the first attempt on goal. Davy Propper lines up a free kick from 20 yards but it skims the crossbar and over.

Minutes later Santiago Arias leads an attack down the right flank, his cross is met by the head of Branimir Hrgota but Twente goalkeeper Sonny Stevens makes an excellent stop!

Into the 38th minute, Arias leads another attack on the right wing, this time his cross finds Luuk de Jong but the top goalscorer’s header flies just beyond the far post.

It’s another poor first half from PSV who have found it difficult to get their chances on target. 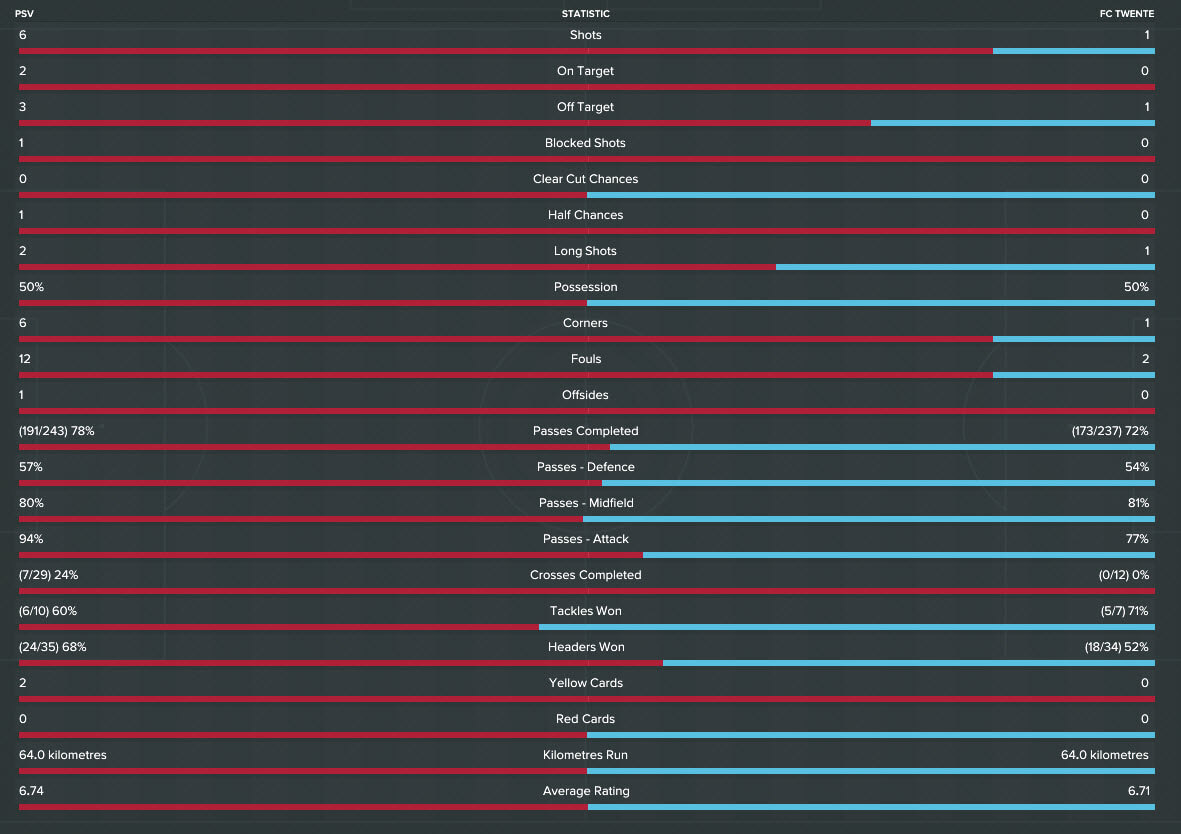 The second half starts a lot better than the first. From a corner, Siem de Jong works himself into a shooting position but it’s hit narrowly wide.

A minute later Branimir Hrgota sets Luuk de Jong running through on goal but the Dutchman’s shot is a poor one.

PSV make a change on 53 minutes, Sebastian Haller is tasked with finding the breakthrough as he replaces Hrgota.

On the hour mark, there’s a broken down PSV corner but van Ginkel recovers the ball and plays in Ramselaar but again the shot is off target!

PSV have spent much of this second half camped out in the final third of the pitch but without any reward so far. Haller is the latest to have an opportunity on goal but Stevens makes another fine save.

PSV throw everything at Twente in the closing fifteen minutes of the game. Another cross ball, this time from Jetro Willems, is met by the head of Luuk de Jong but is yet again off target.

In the dying embers of the game, Paddy McNair launches one into the flank for Haller to chase. The substitute brings the ball down and crosses for Luuk de Jong… and it goes in! With 93 minutes on the clock, PSV take a 1-0 lead. 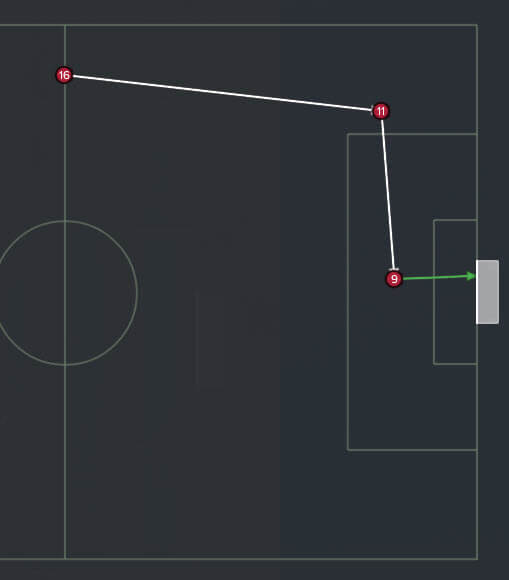 A most undeserved 3 points but a win is a win and that is all that matters sometimes! 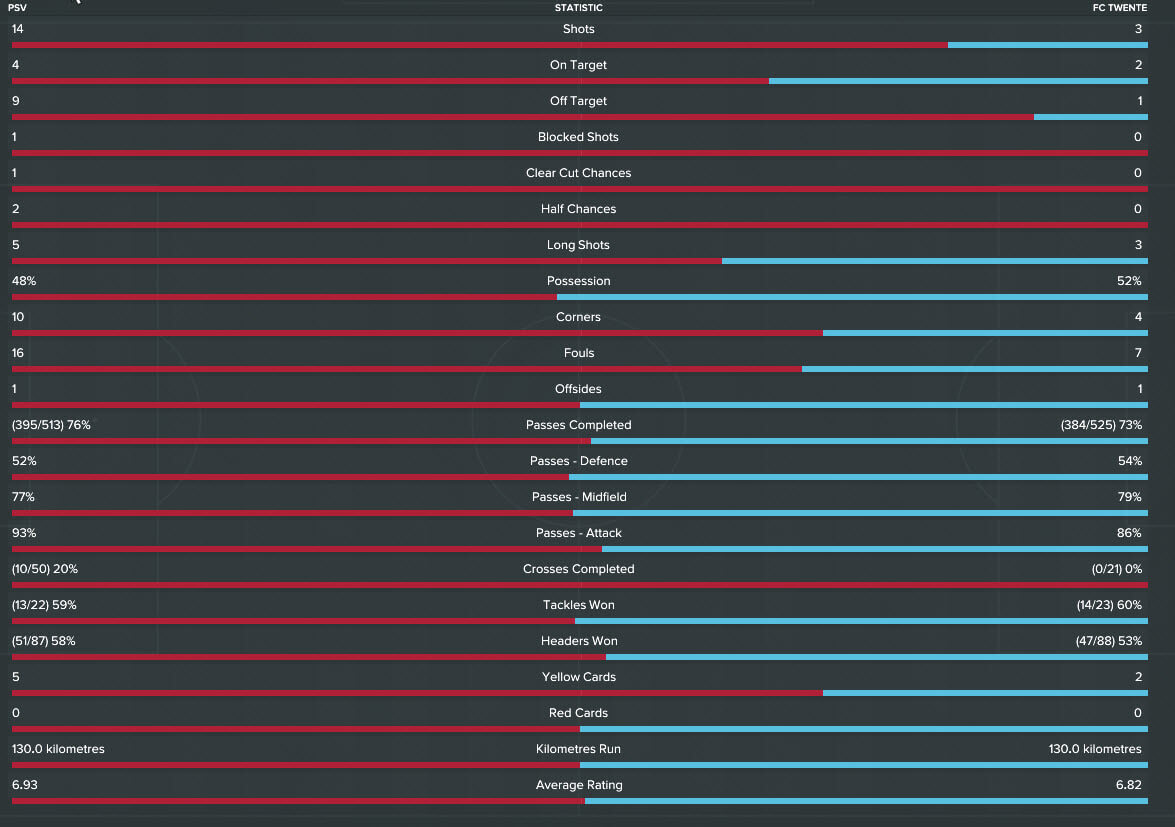 An unexpected 2-0 victory for Sparta Rotterdam over Ajax has opened the gap at the top to 5 points now with 7 league fixtures remaining. 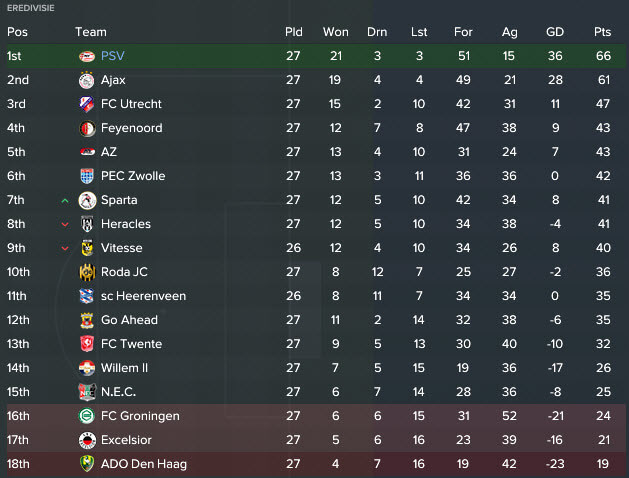 An away trip to AZ Alkmaar is next for PSV in Eredivisie action.