Today’s match is a close one to call for the bookmakers. PSV just shade things based on current form with odds of 4/5 for the away side.

Marco Van Ginkel is suspended for PSV but some good news in the form of Andres Guardado being available for the bench. 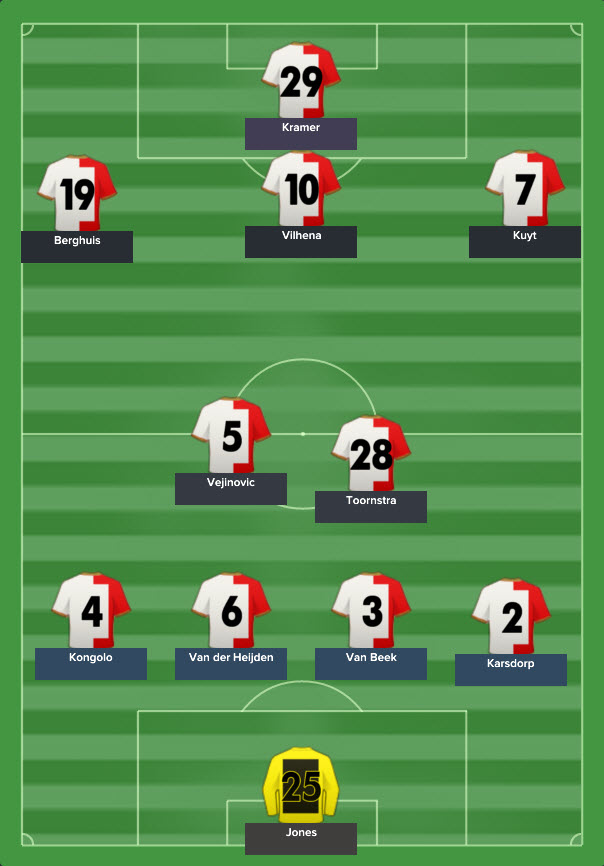 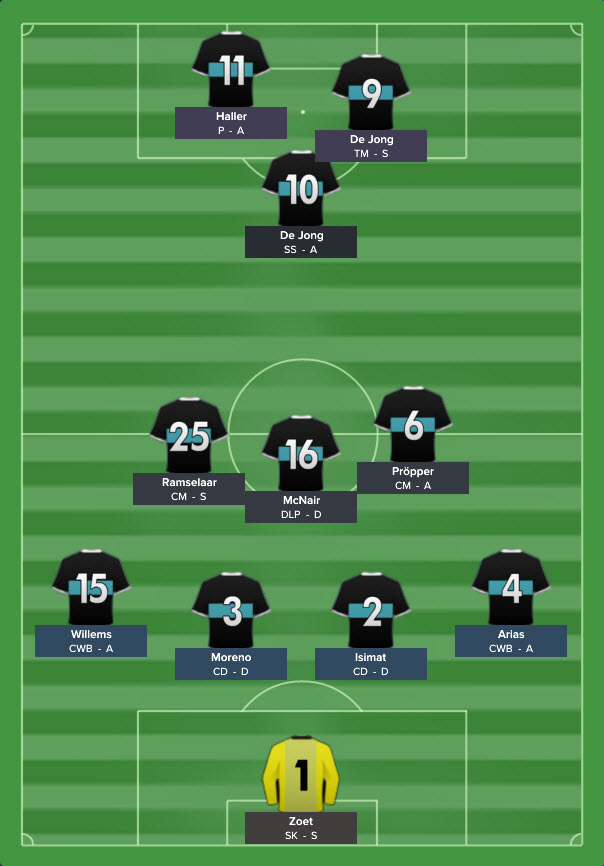 Luuk de Jong almost opens the scoring in the second minute as he contorts himself to shoot from a tight angle but his shot comes off the inside of the post and is cleared for a throw. An early statement of intent from PSV.

PSV attack again on 8 minutes when Arias crosses from the right for Haller but the forward’s header is well held by Feyenoord goalkeeper Brad Jones.

Feyenoord have a chance of their own on 15 minutes when Steven Berghuis rattles the post form 18 yards.

On 20 minutes de Jong finds space from the edge of the box to shoot but his finish is lacking and the ball goes high and wide. On the half hour mark Arias provides another great ball for Haller but again it’s straight into the hands of Brad Jones!

It’s been all PSV but no breakthrough so far. 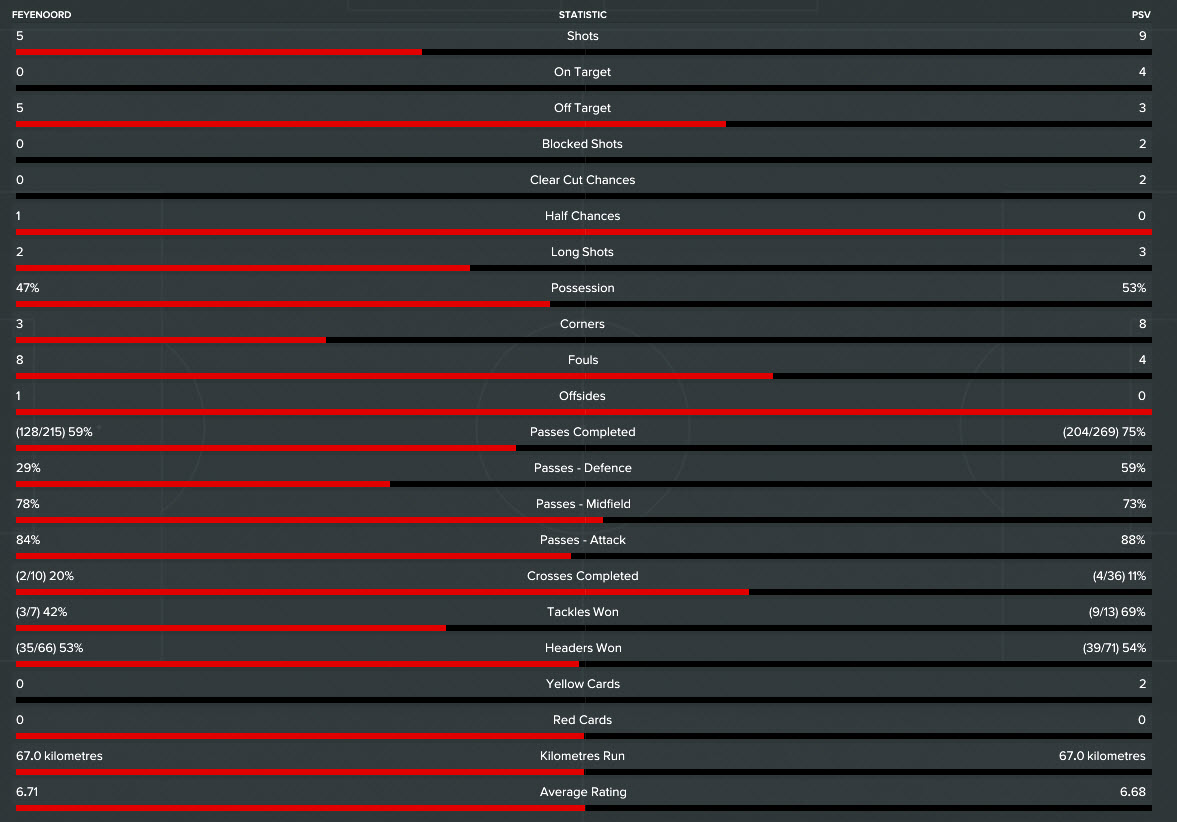 Four successful crosses into dangerous areas in the first half. We’ll look to exploit this again by focussing on attacks down the right flank.

The change almost pays off immediately as Arias crosses near post for de Jong who pulls a great save from Brad Jones. From the resulting corner the ball falls again to Arias who crosses for Haller but this time the header goes over the bar.

For the last 25 minutes Haller is replaced by loanee Branimir Hrgota as we look to exploit his pace on tiring legs. Paddy McNair picks up a knock on 72 minutes and is replaced by the returning Andres Guardado!

Arias finds himself in space on 82 minutes and this time opts to shoot for himself but his shot is easily gathered by Jones.

The referee eventually calls time on a dull second half with the teams sharing the spoils.

PSV had the chances to win it but failed to take them although a draw away to Feyenoord is not to be sniffed at. 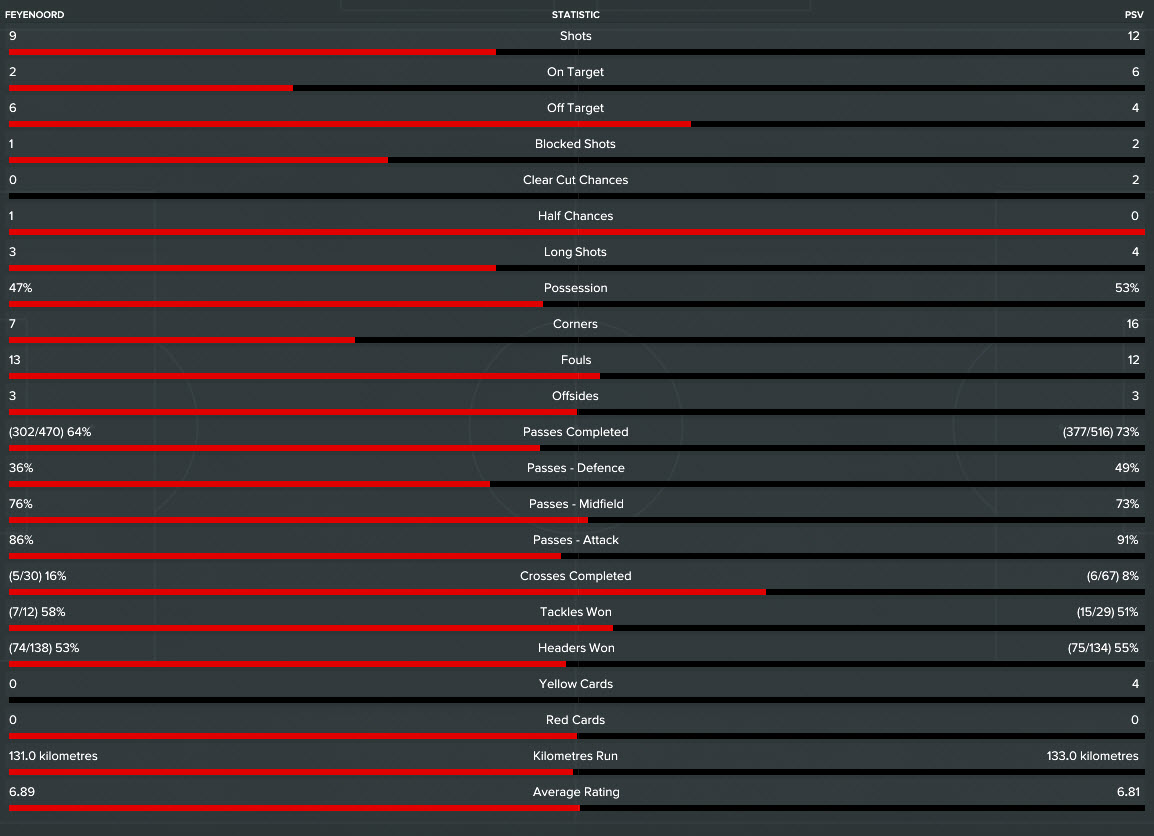 An AZ Alkmaar victory over Ajax allows PSV to extend their lead at the top to 5 points with 13 games to be played.

The league travels continue with a  trip to sc Herenveen.