Despite PSV’s troubles in the last game the bookies again put them as massive favourites with odds of 1/6 against 18th placed Excelsior.

Andres Guardado is still undergoing rehabilitation treatment for his torn calf muscle but Jeroen Zoet is available for selection but still short of full fitness.

Mike van Duinen is a definite out for Excelsior while Henrico Drost and Jurgen Mattheij are both doubts.

There were elements of the target man approach that I really enjoyed, given that we’ll go out with the same set up and see how it fares. 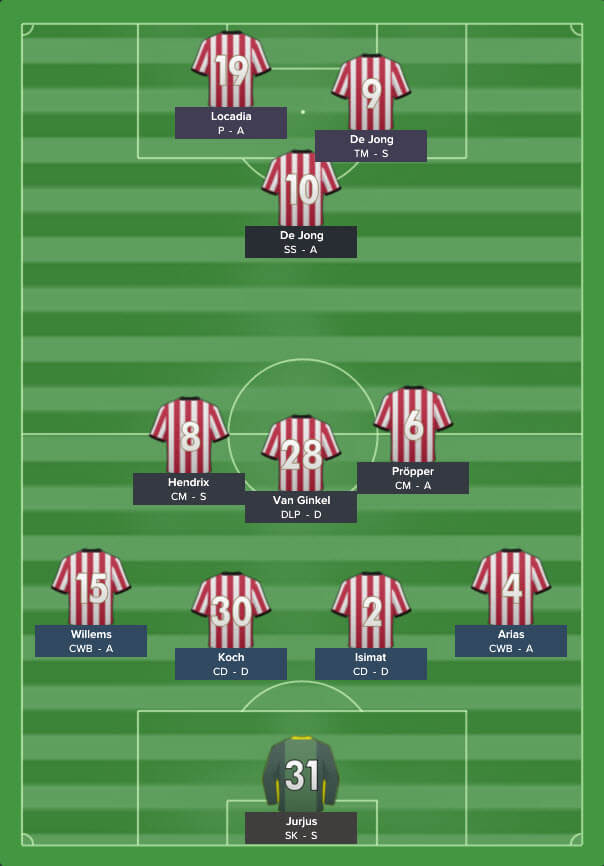 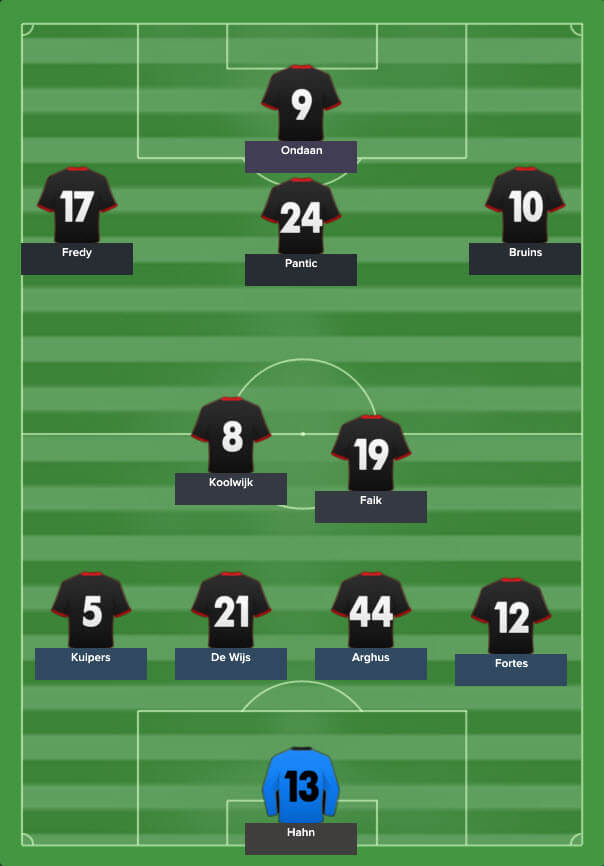 5 minutes in and PSV have the first chance, some neat link up play between the front three presents Jurgen Locadia with an opportunity but his shot is straight at the Excelsior stopper.

On 14 minutes Excelsior break the offside trap to play Ondaan through on goal but Hidde Jurjus is equal to his shot.

On 25 minutes a seemingly innocuous challenge from Excelsior’s Hicham Faik earns the midfielder his second yellow card and Excelsior are reduced to 10 men.

PSV push forward with their man advantage and on 42 minutes Jorrit Hendrix receives the ball on the edge of the area, his shot is palmed away for a corner. The resulting corner comes to nothing.

Just before the break disaster hits. Excelsior break the offside trap again and this time Terell Ondaan makes no mistake in putting the ball beyond Hidde Jurjus. 1-0 Excelsior. 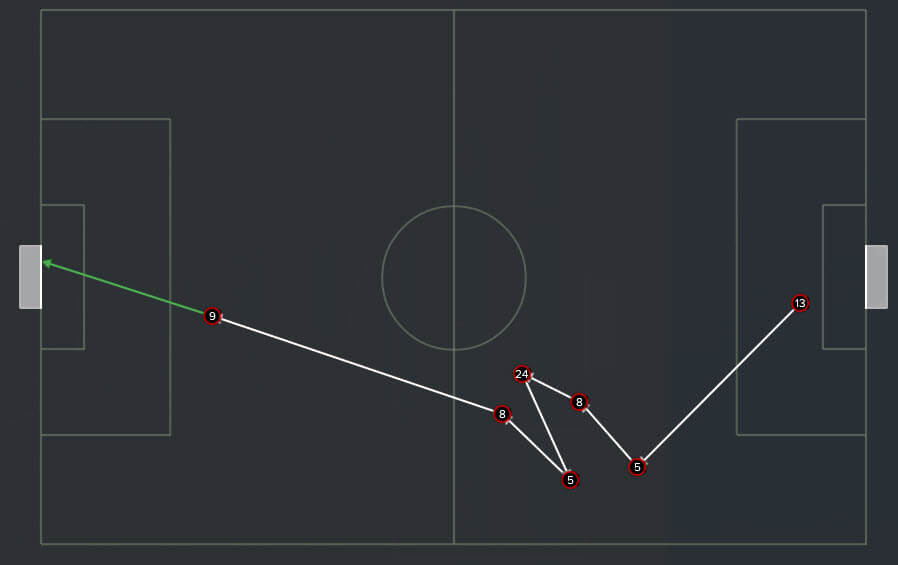 We’ve failed to capitalise on any opportunity so far and are down to 10 men, this second half will be difficult as Excelsior will almost certainly shut it down. We drop our high line to avoid risking another goal. 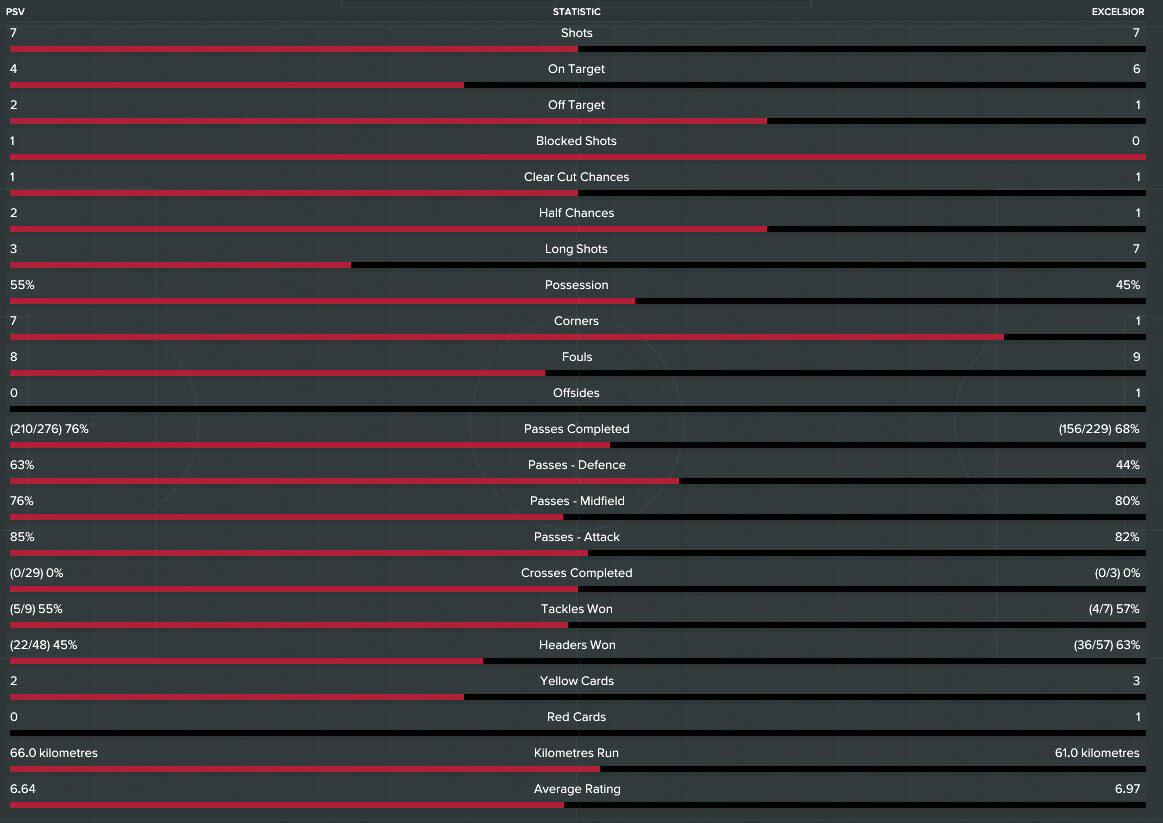 The angry words at half time certainly resonate with the players. PSV are back into the game after 3 minutes of the second half. A Jetro Willems corner is headed in by young Menno Koch – his first ever PSV goal. 1-1. 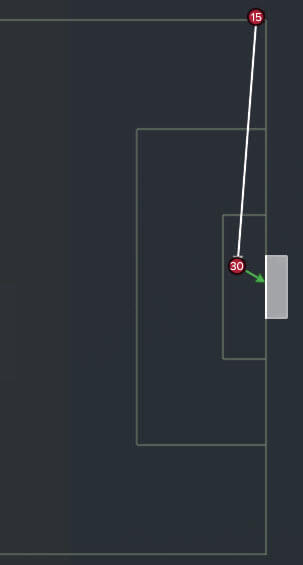 Van Ginkel plays a cross ball into the feet of Ramselaar on 57 minutes, the substitute lays it off for Propper who has his shot just pushed wide for a corner.

The pressure from PSV finally pays off on 66 minutes when Arias receives the ball wide on the right. The wing back plays a superb cross into Luuk de Jong at the near post and the striker finishes well. 2-1 PSV. 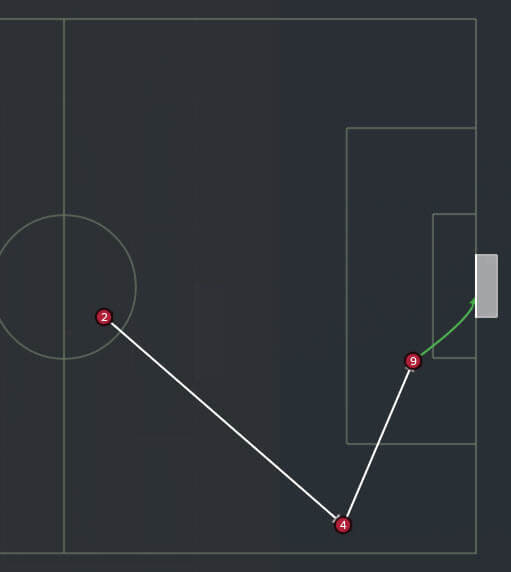 On 73 minutes PSV change things up in an effort to stop the inevitable late come back from Excelsior. A return to 4-1-4-1 with a focus on the defensive style of play.

The tactical switch pays off as PSV see the remainder of the game out.

A second half comeback against 10 men helped to paper over the cracks of a poor first half. 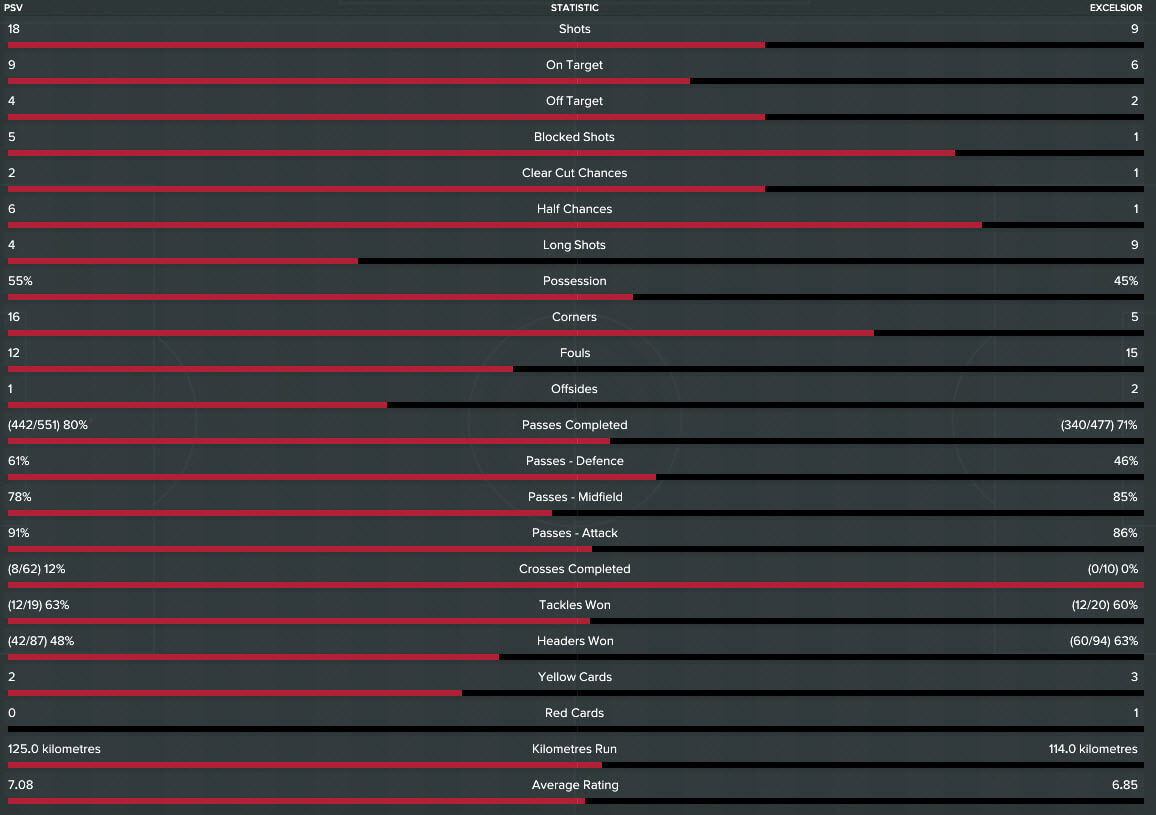 A 6 point lead at the top of the table belies how poor we have been at times but there’s a lot to be said for teams that continue to grind out results. 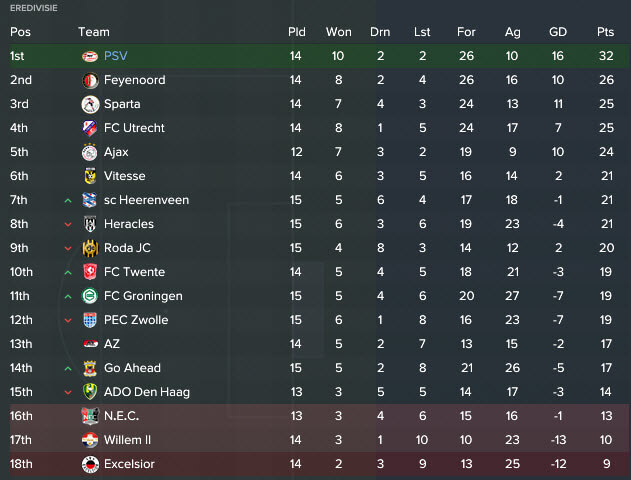 A trip to Celtic Park for our penultimate Champions League group game.