Our first round of international call ups and 11 of our first team squad have received a call up to join their respective international squads – first team players indicated by red underline. 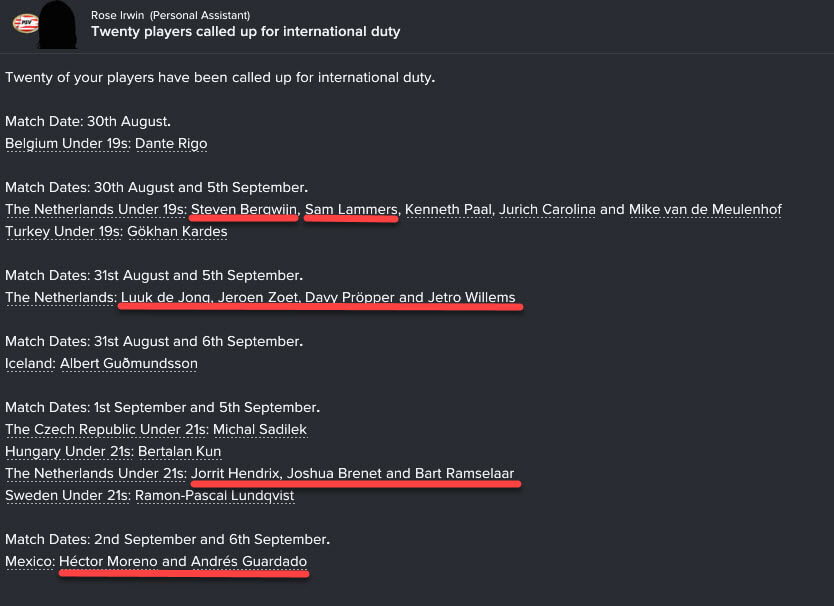 We also were notified of our Champions League group – a tough draw for us.

Despite being away from home PSV are still the overwhelming favourites with the major bookmakers, odds of 1/3 are being offered for the away win.

PSV are without back up goalkeeper Hidde Jurus (broken finger) and Marco Van Ginkel remains out. Locadia and Isimat-Mirin are doubtful as they continue to recover. 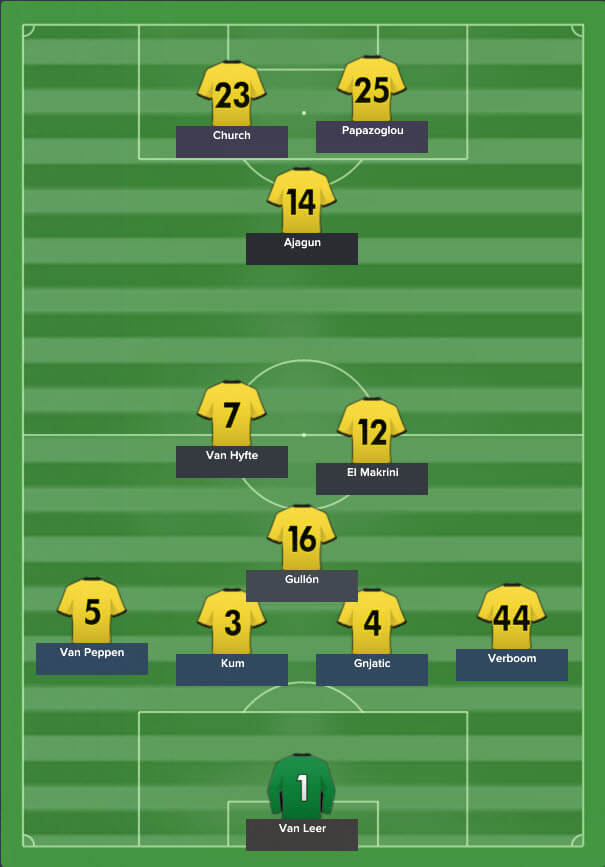 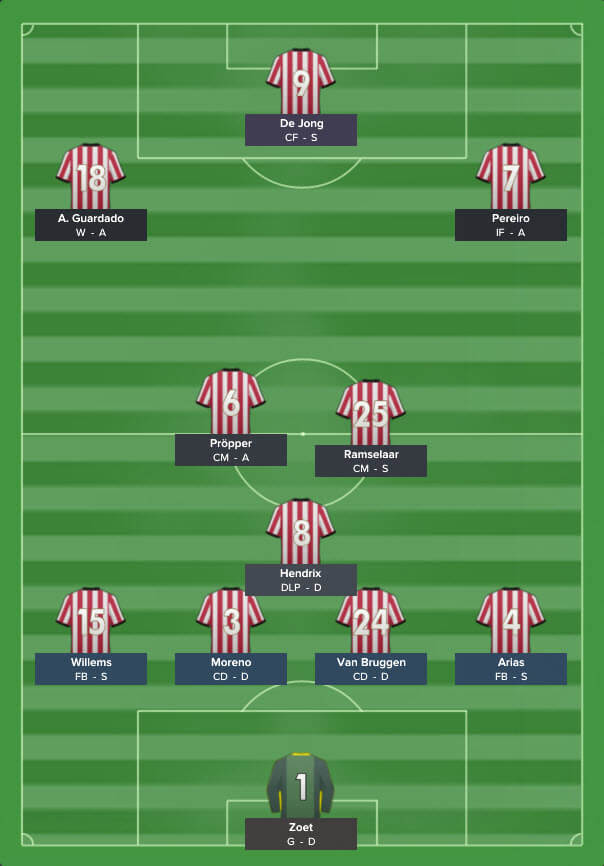 The first 14 minutes go by without incident until a Roda JC corner is headed in by Christian Kum! 1-0 Roda.

The half trickles by without much action of note. On 30 minutes Luuk de Jong receives the ball in the box but his shot is easily blocked. A moment later and Roda go close again as Ajagun strikes over from the edge of the box.

It’s our worst half of the season so far as PSV fail to even register a shot on target. 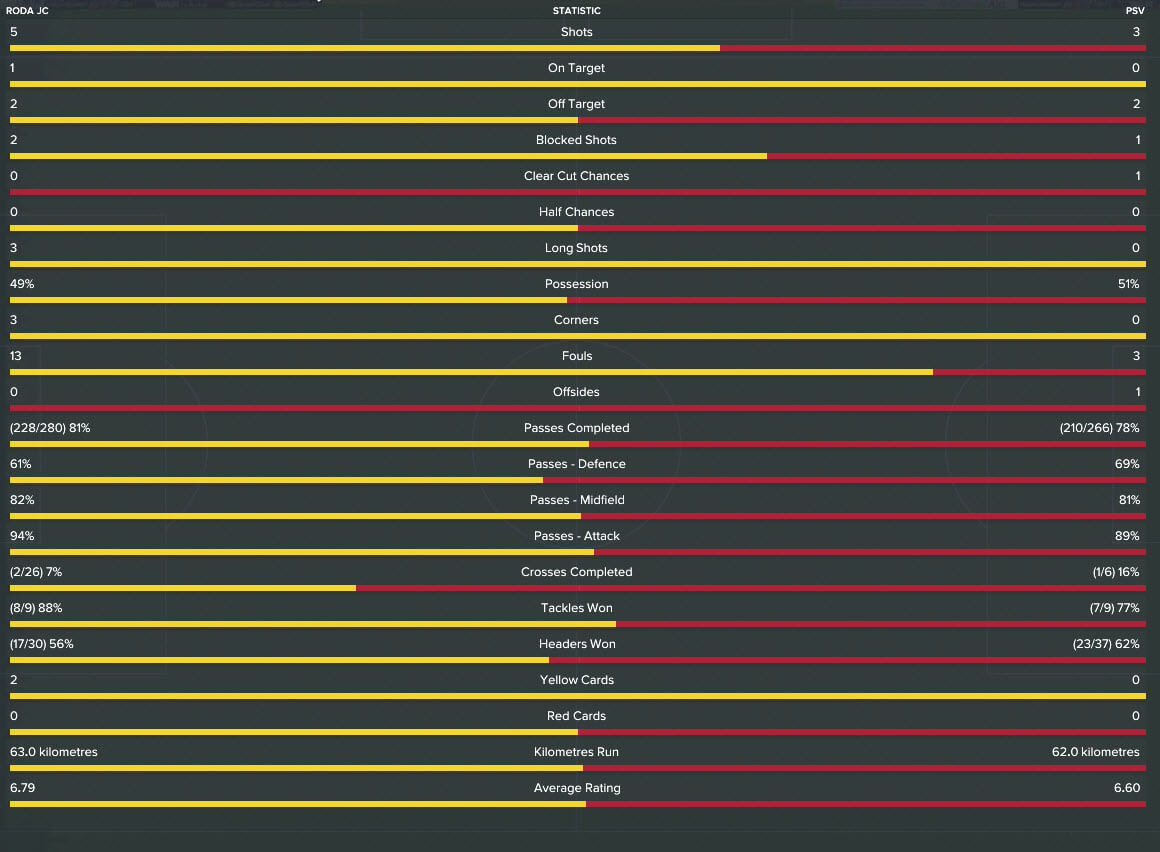 It’s a tactical switch at half time to 4-3-1-2 in the hope of getting us back into this game. Siem de Jong replaces Pereiro. 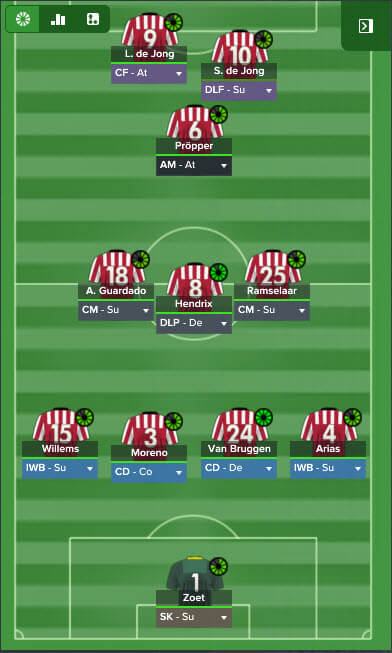 In the early part of the second half it is Roda who continue to pile on the pressure. Simon Church’s long range shot is deflected wide for a corner on 54 minutes.

2 minutes later and Davy Propper finds the ball at his feet in the box but his shot rebounds off the post and is held by Van Leer.

On 73 minutes some neat passing play gives Jetro Willems the opportunity to cross but Luuk de Jong heads straight into the goalkeepers arms. Daniel Schwaab replaces Santiago Arias at full back as we look to inject pace into the attack.

On 87 minutes Luuk de Jong has the ball on the edge of the area but opts to shoot rather than look for the pass, the tame shot is pushed wide for a corner. The resulting set piece is wasted.

Without doubt the worst performance of the 6 games played so far. There’s not much more to be said at this point. 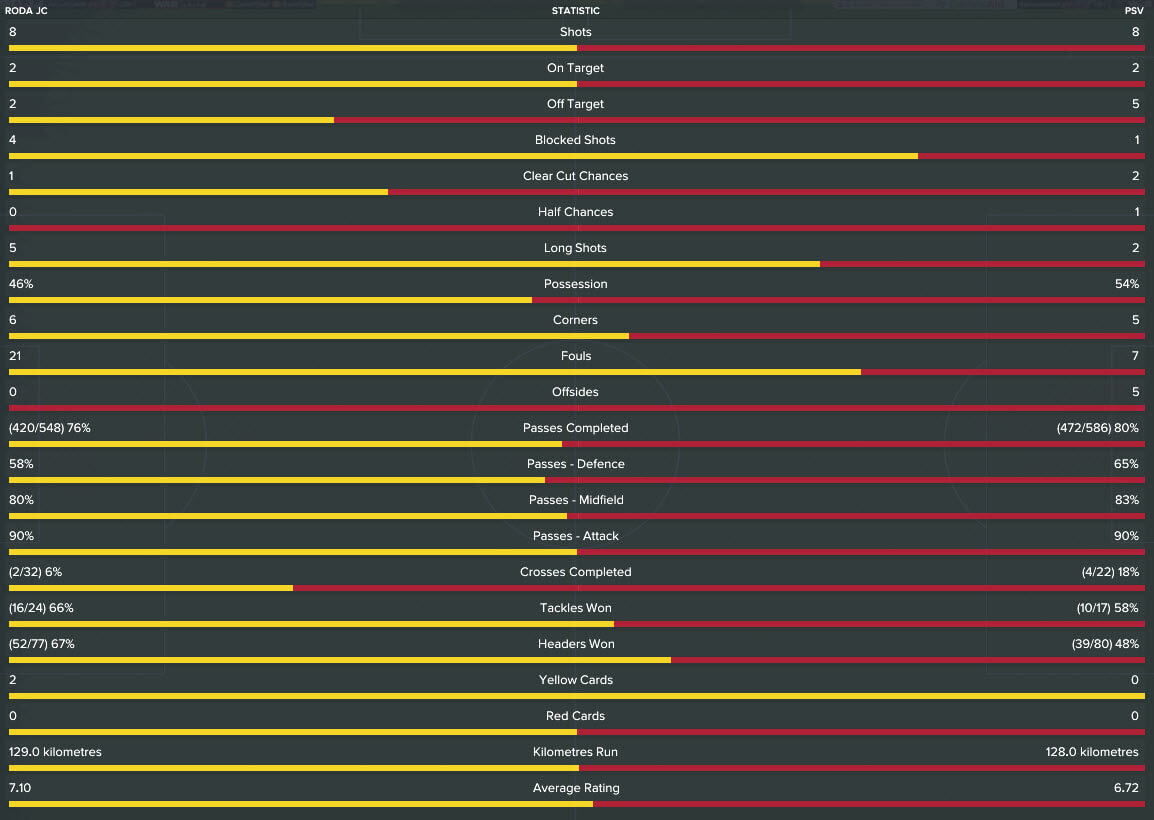 It’s a 13 day break due to internationals before Eredivisie action returns with a PSV trip away to Willem II. Plenty of time for the squad to reflect on that debacle.