As players from around Indonesia continued to relax on the beaches in their off-season break, the poor souls at Sriwijaya continued what was effectively their pre-season as the Asian Confederations Cup rolled around.

First in line was a trip to Hong Kong to face South China. Your humble correspondent confesses to only knowing of this team as the one Nicky Butt spent a few of his later years at (what innocent times), so I couldn’t be sure what kind of level we were coming up against. That coupled with our lack of fitness meant I wasn’t too upset to be forced into fielding a team in the 5-4-1 formation once again.

Predictably it was a poor game, an aggressive South China outfit generally having the bulk of the play. Their efforts were rewarded in the 82nd minute when they took the lead from the penalty spot. But Sriwijaya are made of stern stuff, and Kayne Vincent is made of goals, the Kiwi striker cracking the underside of the bar from outside to area to earn a draw. 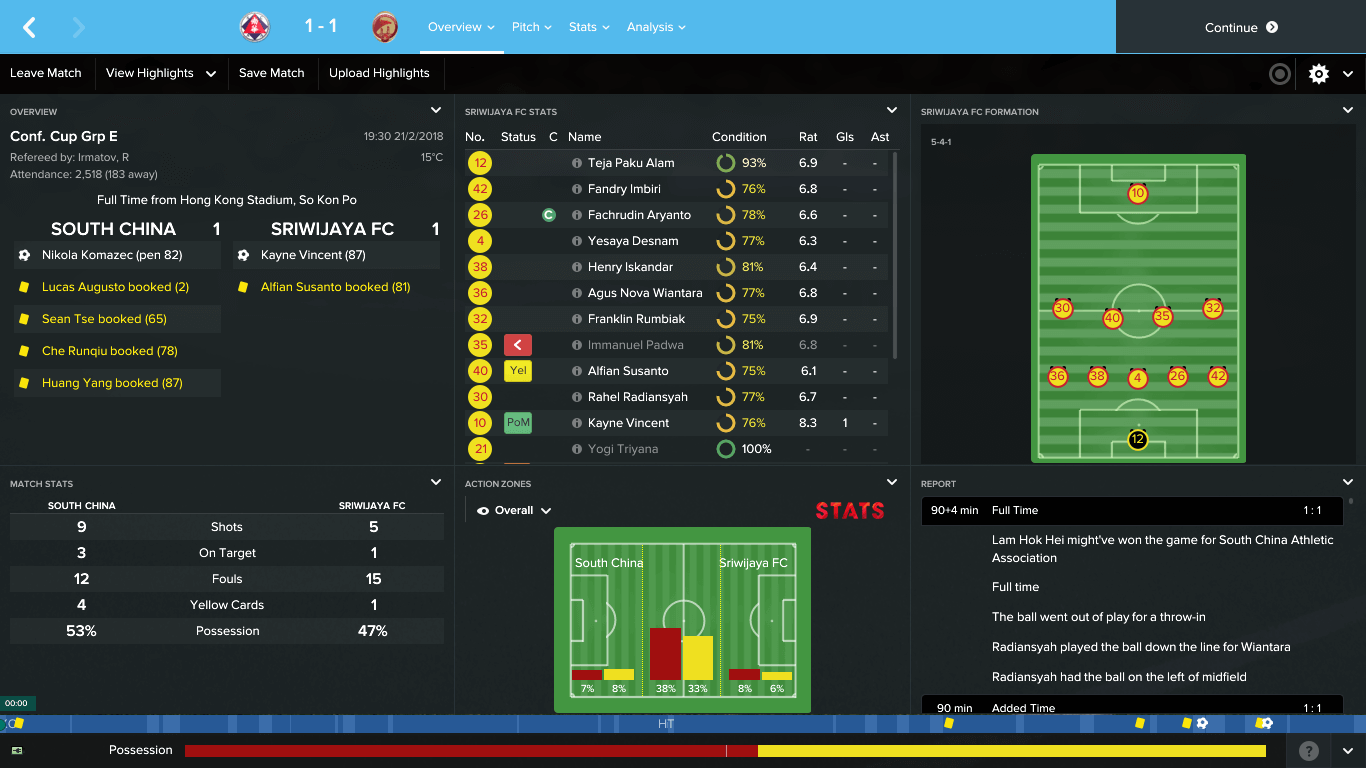 March 1st arrived, and with it the opening of the transfer window and a welcome chance to bolster the squad. However, there would be no chance to register these players in the Confederations Cup squad, so for the moment they would have to lie in wait for the dawning of the league season. I took a gamble on letting two Confederations Cup registered players (wingers Ari Soetedjo and Zalnando) out on loan to get some regular playing time – a decision I could yet grow to regret.

Andritany Adhiyasa had recently been capped by Indonesian national team and simultaneously relegated with Persija Jakarta. That gave mixed reviews of his standard as a goalkeeper, but he seemed a good option to push Teja Paku Alam for the starting spot, with no serious competition behind him. 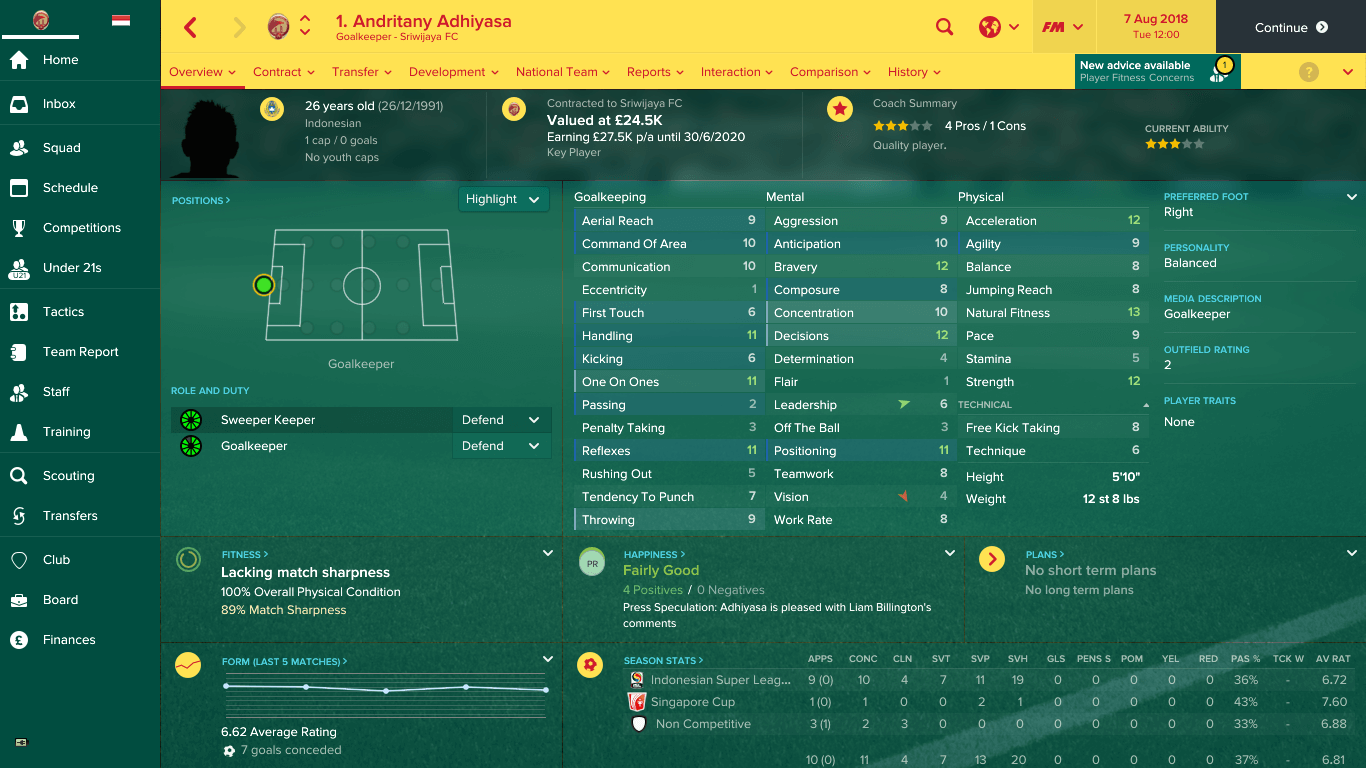 In spite of playing the previous season in the Premier Division with Barito Putra, playmaker Paulo Oktavianus was another recent Indonesia cap winner. He lacks bravery to a worrying degree, but otherwise has the assets to make a decent playmaker at the top level of Indonesian football. 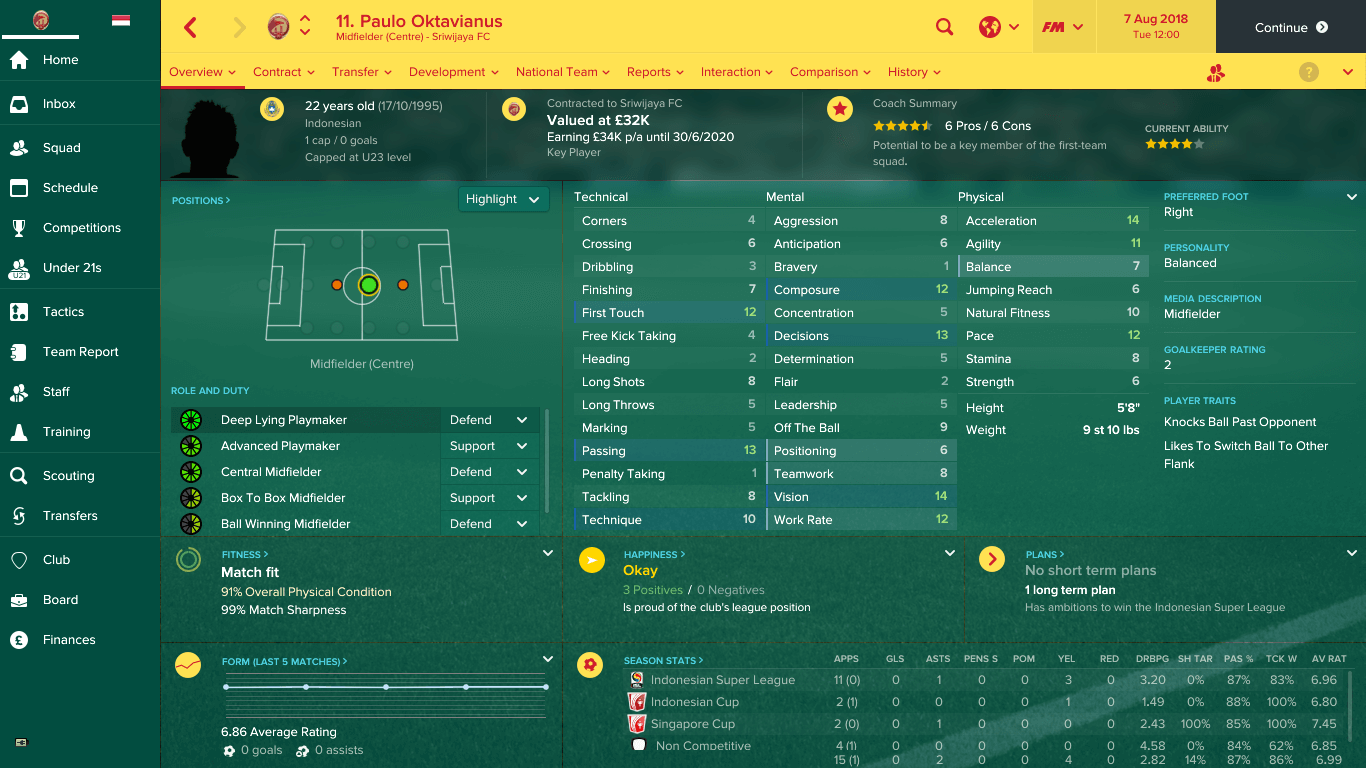 Fast, fit and with a good touch and having spent several years learning his trade in Germany and Austria, right sided midfielder Nico Nissl had only signed for rivals Persipura Jayapura last season, but with the Papua side making serious reinforcements after a poor season, Nissl was available and gave us options as to how we set up our midfield. 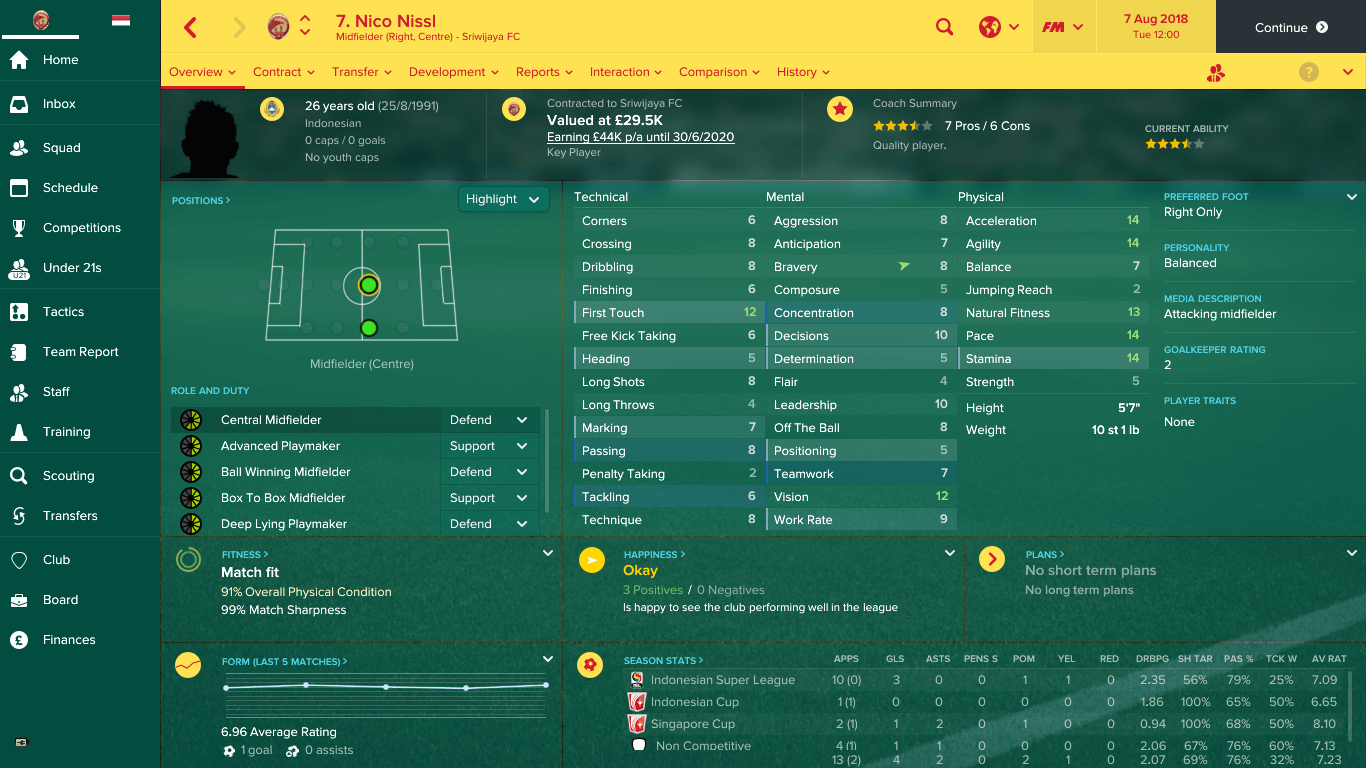 Rizky Dwi Ramadhana had spent ten seasons with Sriwijaya and last season had scored 36 goals, so of course he was rewarded by being released. Whilst he isn’t the best striker in the world, this was an injustice too far, and we also needed numbers up front, so back he came. 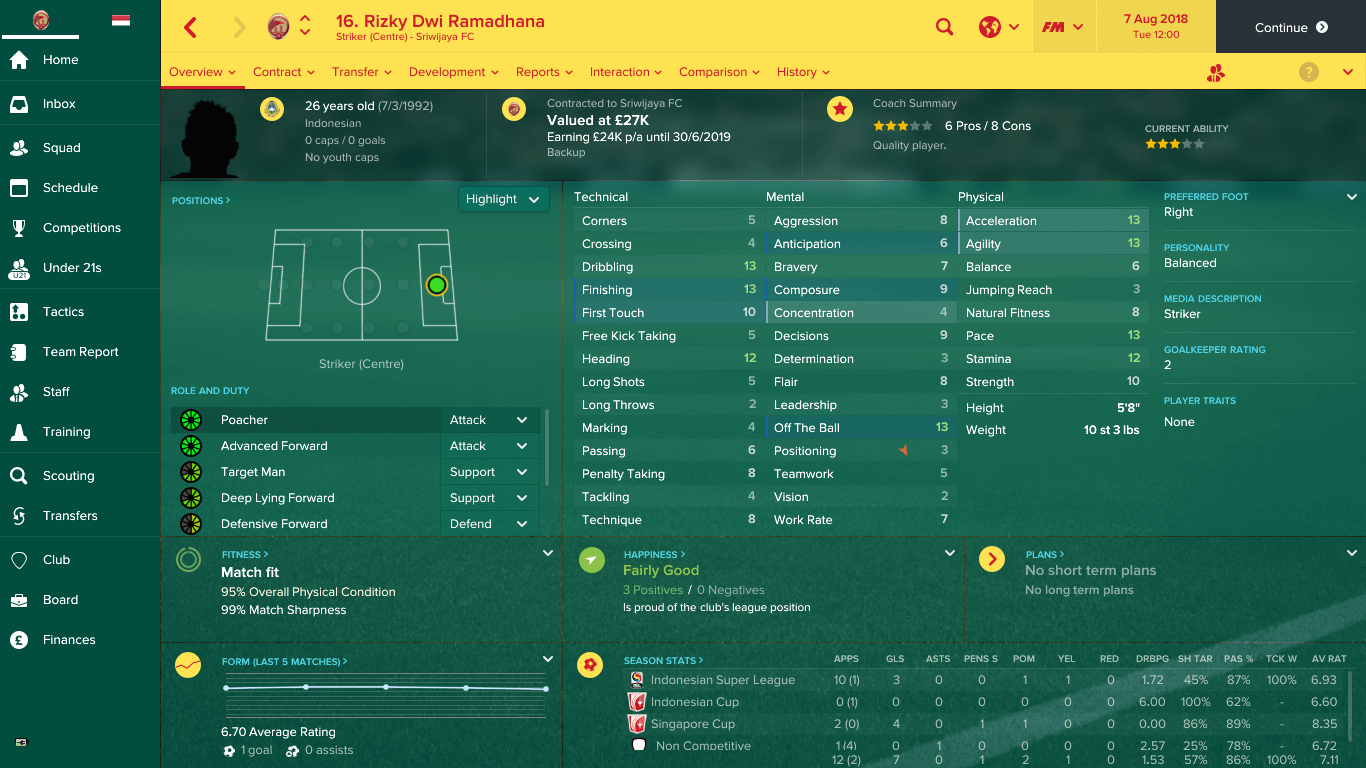 Having played brilliantly in a loan spell with Gresik last season, diminutive midfielder Febri Hariyadi was the kind of bustling, attack minded central player to thrive in our midfield. In he came for the highest fee I’ve yet paid in Indonesia (about £45k, chill). 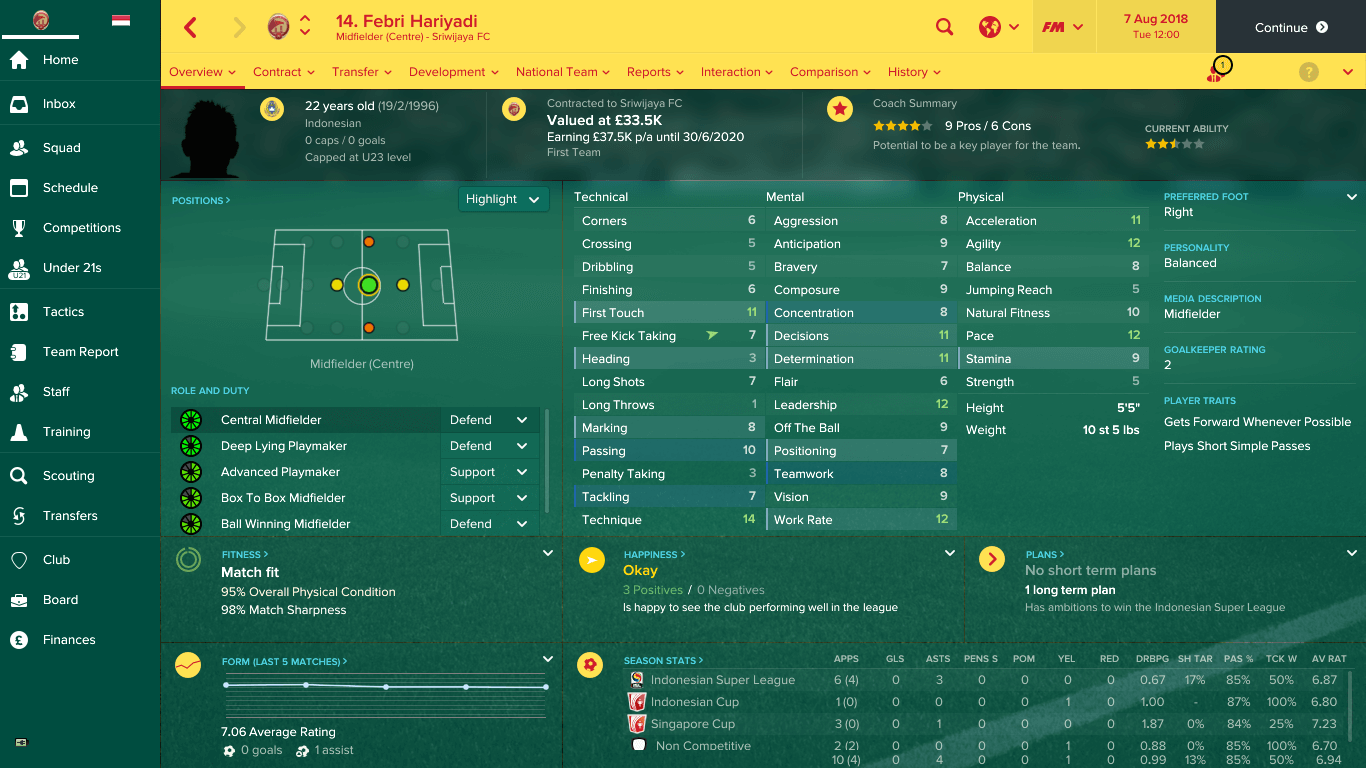 Two more forwards were brought in on free transfers. Gakou Amadou’s pathetic determination suggests he might not give a honk, but the Malian international otherwise has the attributes to outscore anybody else in the country. Sutanto Tan had been one of the better players in Persija Jakarta’s awful season, so looked a fair shout to come in as backup to the other forwards. 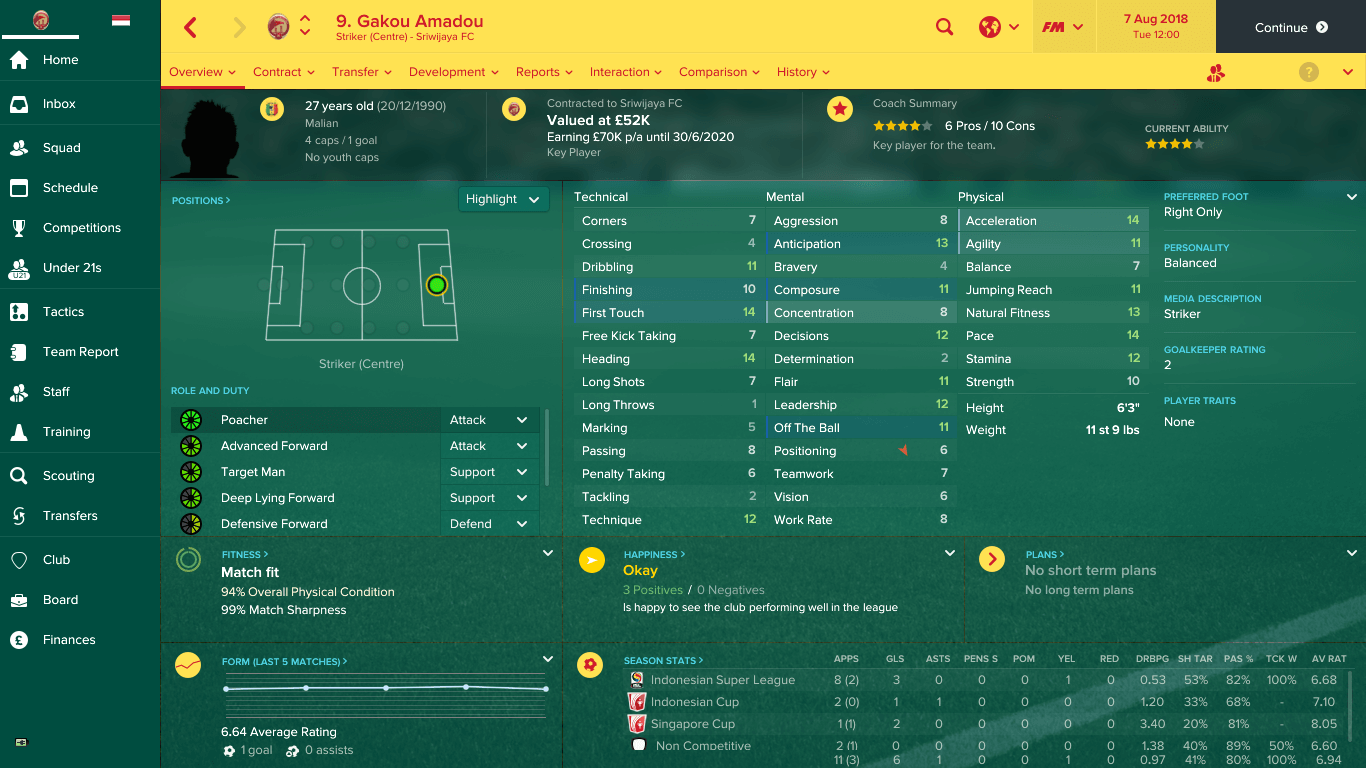 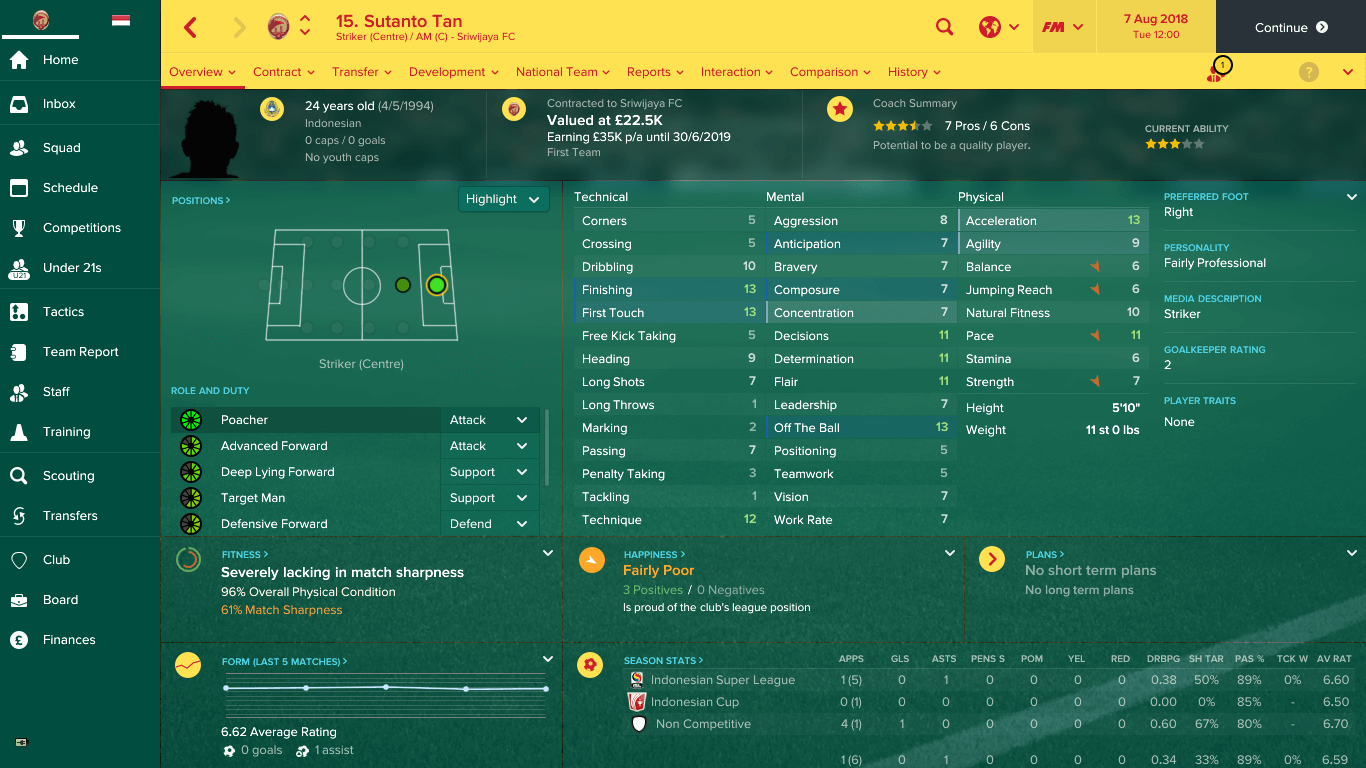 But yes, none of these players mattered in the meantime, because they couldn’t help our Confederations Cup campaign. Next up was what should have been the easiest game of the group, hosting Myanmar side Yadanarbon (known to their fans as Boxing Cake, for reasons).

Lining up in a different formation for once (4-3-3), we were relatively untroubled, but still lacked attacking threat and sharpness. Centre back Fachrudin Aryanto nodded in a corner for the only goal of the game in a tepid 1-0 win. 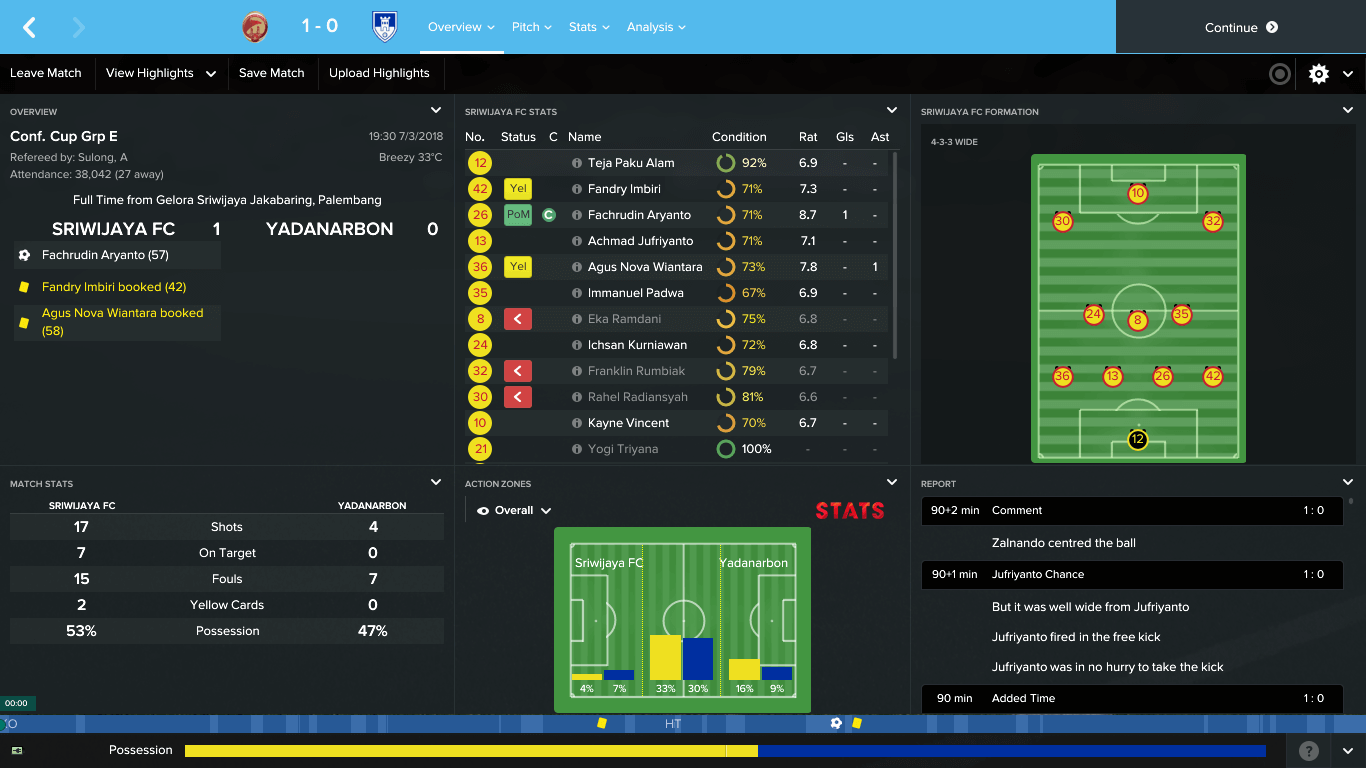 We welcomed April 25 from North Korea on a rare venture away from their country. They had been rated as the strongest side in our group, but looked a little startled by the bright lights and bridges (did you know we have a bridge? Look up Palembang, our hometown, you’ll see we’re very proud of our bridge – it’s even on the club badge, so good is that bridge) of South Sumatra. Within ten minutes, winger Franklin Rumbiak and Vincent left them staring down the barrel of a two goal deficit. We stepped of the gas a little, allowing them back in with a penalty in the second half, but in truth never looked too threatened. 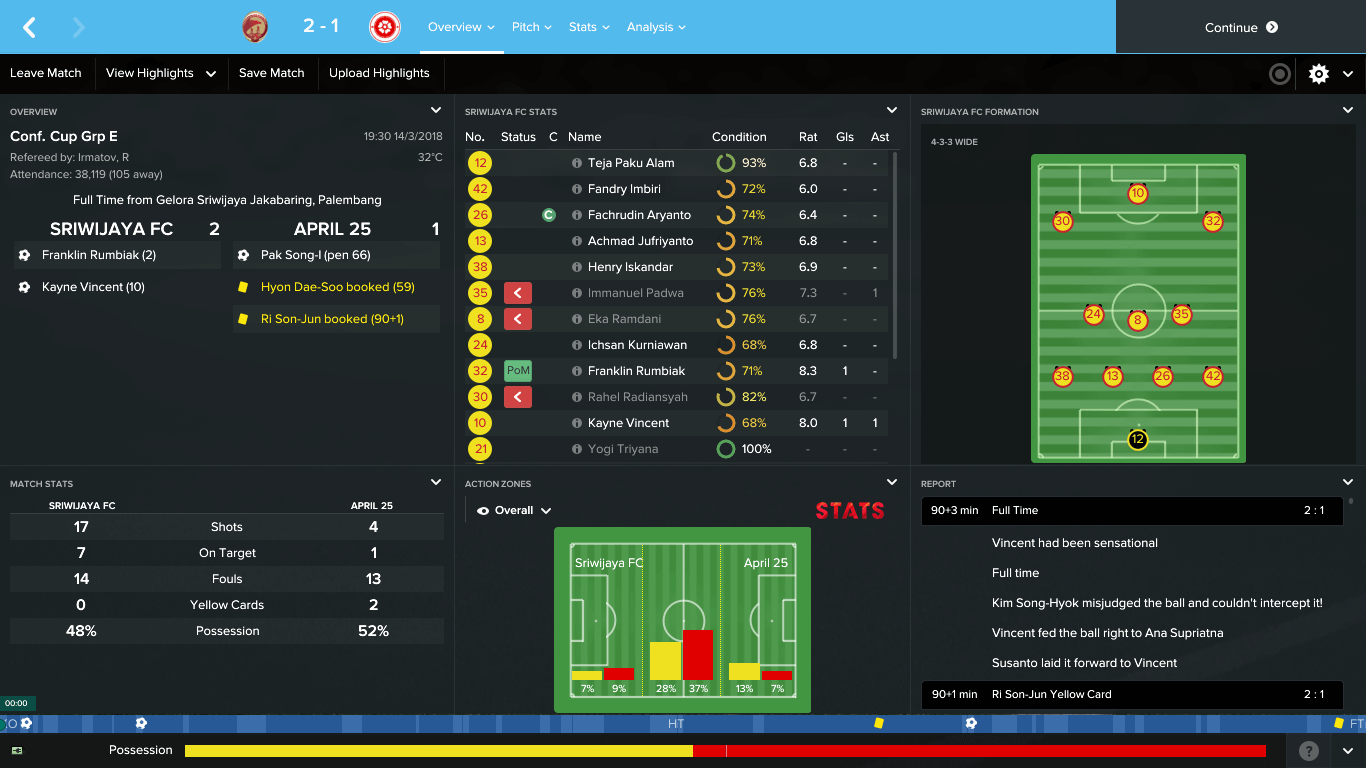 At the end of March and start of April we had three friendlies – easily beating local side Bank Sumsel, gaining a highly creditable draw with Perth Glory and, in my now traditional unwilling game against the under 21s, a tight 1-0 win.

It wasn’t all perfect, and we still had a tale of two squads – one for the league and a significantly smaller, poorer one for Asian competition – but things were starting to roll. April and May would bring the conclusion to our Confederations Cup group and the start of the league. I was looking forward to it, save for Kayne Vincent’s insistence on only signing a new contract for £7bn a season. Tactics had been piecemeal and worked around player availability so far – now I was going to have to plan for a future without the one player we could build a tactic around.