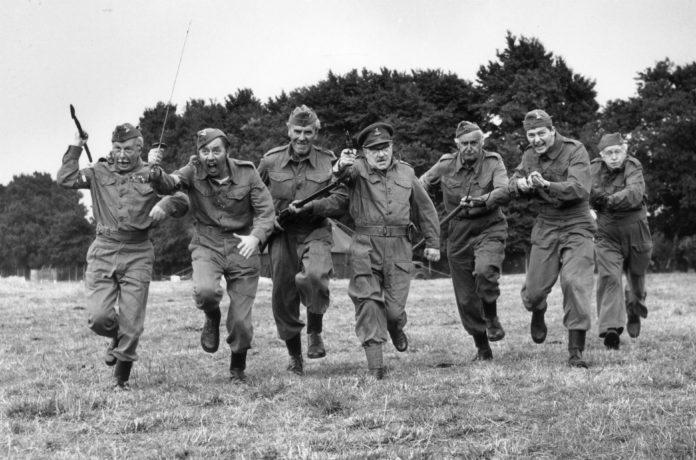 Everyone knows you don’t win anything with kids, just ask Manchester United in 1999. The same can be said for the 2015/16 Premier league season. For the majority of the season two teams were gunning for top spot, Leicester City and Spurs. It was Leicester, with an average age of 28.5, finishing above the younger Spurs of 24.9 years average. Age of course is not the deciding factor here, but with a lot of ‘regen’ saves around, I wanted to try the other side of the coin.

The Premise – Achieve my season expectations using a squad whose average age is well above 30.

Firstly, this is an experiment, I have no idea how this will work out, but I will document as best I can, please bare with me, it might be a bumpy ride.

The rules – Simple, clear out the youth and bring in the experience, only signing players who are aged 30 or over.

The Team – I checked the figures for the current average ages for the top five European leagues and the oldest was Chievo in Serie A with 30.69 years. Now, because of the nature of the challenge I will likely need cash to turn the squad around quickly so I look to the Premier League. West Brom has the current league highest at over 29 years old. From a closer look at their squad, many key areas are filled by a wise head, and there is also lots of young talent to clear out at a high price to fund the weekly pension of the older generation taking their place.

The lower expectation is a mid table finish and I pick this considering I have no idea what my team will look like. I then set about looking at the squad. 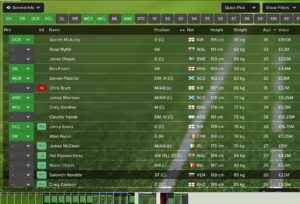 At first I try to build a first XI from the players over 30, and there are a few holes already. No Left Back, or Striker, Rondon is only 26 which is a surprise but maybe I can tempt him back when he reaches 30. Berahino is never going to stay at the club and will look to move away at the first opportunity. Everyone under 28 gets transfer listed and offered out to anyone who wants them.

Berahino is first out of the door, £10 million to PSG, he is likely to be worth more but I wanted to avoid him leaving for free at the end of his contract and waiting around. Jonny Evans was a disappointing loss, approaching 30 he could have fit my plans well and has good attributes, but at the end of the day he is not yet 30 and Tottenham offered £21 million for him. Everton took Rondon off my hands for a little over £17m, it would have been better to see him move abroad, but the offers did not materialise. Monaco liked the look of Craig Dawson, and after the £6.75 million had cleared he was on the plane to the south of France. Final sale was of Chadli, who linked up with Berahino in Paris.

Coming in to replace those before our first Friendly was, legendary forward Antonio Di Natale on a free. Approaching 39 he would certainly keep my average age up and provide the experience I am looking for. We agree transfer fees for both Ashley Young from Man United and Navas from City, but they both were asking for more that £100k per week, something the West Brom board would not streach to. Utility man and general runner Jonathan Walters, made the short trip from Stoke to join for £2million, followed by Defensive Midfielder Willam Kvist from Copehagen for the same fee. European Championship winner Ricardo Quaresma liked the sound of our experiment and couldn’t wait to sign, costing us 1.3 million. He would play on the left wing with Eduardo da Silva on the opposite side. The former Arsenal man signing for £800,000 from Shakhtar and can play either on the right or leading the line up front. We need cover at fullback and so I visit Stoke again to bring Phil Bardsley in who can do a job on the left or right side. First choice left back will be new man Charlie Daniels, signing from Bournemouth for 8 million. I stretch the rules here but he will be 30 before the end of the year.

The first preseason friendly comes and I am going to need every minute of preseason to decide on my best team and to build fitness. We play Italian team Vicenza away, and due to waiting for some transfer activity, I have the bare bones of 11 players. The average age is 32, which is perfect, but there are two players below this who survived the cull, that is until their replacements arrive. 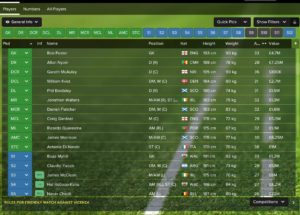 We line up in 433 DM wide. My squad has a lot of good holding midfielders and not much pace so I figure that the wingers will need to be in an advanced position to support the lone striker. I set player roles but leave the team instructions blank and will adjust as the match progresses. The first half is as you would expect from preseason, not much activity. The first shot on target comes from the visitors as 29 year old Craig Gardner shoots from distance in the 43rd minute. Vicenza should have taken the lead before half time with a well worked phase of play, but ultimately the cross into the box is cleared by McAuley. From the analysis of the first half we look to be playing quite narrow so I adjust this and ask for more support from the full backs. Lone striker Di Natale has had 87 touches but only 1 in the opposition box so I change him to be more attacking minded. The game finishes in a blank stalemate with little to write about. We look solid in defence, but lack creative movement in advanced positions. Quaresma, our wide creative man has only 26 passes in his hour appearance, we need to get him more involved.

I use the next few friendlies to gain fitness and develop the tactics. I like the 433, but decide to reduce the tempo and play a less direct game, I do not think we will have the legs to keep up with play otherwise.

One thing that is apparent from these games is that we need options and cover in every position, so I return to the market. Before the final friendly we bring in, Angelo Palombo a ball placing centre-back from Sampdoria, for 1.3 million. Michael Kightly from Burnley to add cover to the wide areas, but he will play behind fellow new signing Silvestre Varela from Porto. He will add pace and a decent cross and is likely to start many games ahead of the injured Eduardo.

The whole summer I go back and forth with Bournemouth for the pomission to talk to Simon Frances. His value is listed as around £3m, but it costs us more than 5 times that for them to allow him to move. 17 million pounds later and my back line has pace and quality. The final addition before the season is Football Manager Royalty Giampaolo Pazzini from Verona. Back in the days of FM2005 he was a great youth prospect at Atlanta (I believe) and I cannot wait for him to join up with me once again.

Our final friendly is cancelled due to their involvement in Europe and this leaves us massively under prepared and only 5 days until the season opener at home to Everton. I am still not certain on our best starting team, however due to my rules it shouldn’t be too difficult to work out. Our squad is 17 players over 30, and three who will join them within the season.

The fixture computer has been kind to me for once and we start with the home visit of Everton, followed by a trip to Vicarage road to face Watford. August ends with a home tie in the EFL cup against Gillingham. September too should be an opportunity for points as we play Crystal Palace at home, Sunderland away and then stoke at the 365 arena. I’m aiming for us to begin October safely in mid table.

It is looking positive, but I need to decide on a tactic and keep players fit. The worrying thing about age is that you find aches in parts of the body you never knew you had at 20. Eduardo finds this out as he suffers his second injury of the season before we have even kicked a ball in anger.

For more from me please check out my ramblings on accordingtofm.wordpress.com or follow me on Twitter @accordingtofm