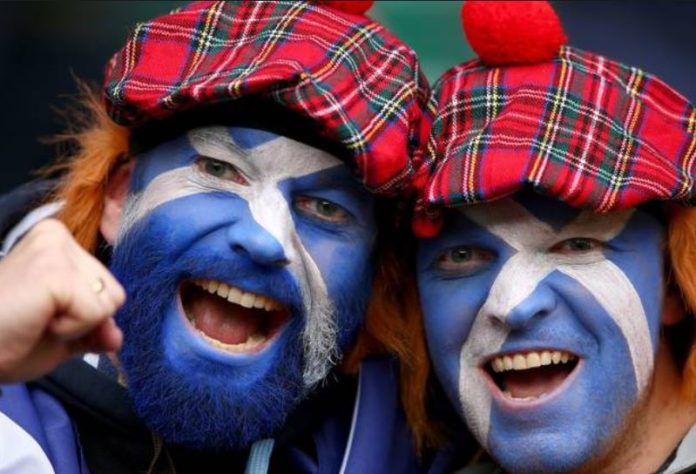 With Euro 2016 now just days rather than weeks away, it’s fair to say excitement is at a tepid level. Maybe that’s just me having witnessed England’s less than convincing recent displays, but this is the biggest Euros ever! There are 23 other teams to distract me from the endless debate about whether diamonds are in fact forever and the always tedious “we’d be better without Rooney” discussion. Not only are there 23 other teams, England are joined by Wales, Northern Ireland and the Republic of Ireland – so home nations representation (whether you include the Republic in that or not is up to you) is at a lifetime high, with every other tournament in my life time seeing at best England and one other stinking up the place*

*World Cup 2002 excluded where Ireland did Mick Mac proud with a heroic penalty defeat to Spain in the last 16. Grafters, every last one of them.

Anyway, what is the point of all this drivel? Poor old Scotland haven’t made it. There, I said it. I am actually a little sad about it, I don’t hold anything against the other home nations and would have loved a full house, but it wasn’t to be. So whilst the PaddyPower advert is hilarious, I’m here to give the Scots something to cheer. Hell, you can all enjoy it, but this is for you Scotland!

I wanted to bring you a Scotland based save and so, using the beautiful game that is CM01/02, I’m going to try and take Scotland to World Cup 2002. After qualifying for Euro 96 and World Cup 1998 but going out in the groups, followed by a playoff to defeat to England in Euro 2000 qualifying, Craig Brown was still in the job and embroiled in a three horse race to make it to South Korea & Japan.

With Croatia due to visit Hampden and a trip to Belgium around the corner, it’s very much in our hands. That’s right, I said our hands. Brown is out and Black is in, let’s do this!

So the plan is to talk you through the qualifying campaign and, if we make it, I’ll cover our World Cup games during real life Euro 2016. Let’s get cracking.

My first move is to adjust the squad to include some younger, up and coming players. Mark Kerr is a great on this game, even if he takes a little bit of time to get there he’s worth a chance.  Likewise we’re going to need goals so I’m giving this young whipper snapper a chance…he’s pacy and can finish, I’m sure it’ll be fine.

We’ll see how that pans out. It’s a double header, at home to Croatia and then away to Belgium, so this could be over pretty quickly. The squad page doesn’t fit everybody in so I’m going to show you my lineup and subs and, in all truth, the other 8 don’t matter so much

I’m very worried about where the goals will come from, not to mention that we aren’t very good. But we’ve just got to be better than Croatia…

It takes 22 minutes for the scoring to be opened and it’s an unlikely source. Left back Gary Naysmith, on his second cap, heads in the first goal of the Black era (we’ll work on the name) after a good ball from Colin Cameron. It’s delirium on 36 minutes as Naysmith turns provider for debutant McPhee to head in and I’m starting to think we can do this. However the famous lack of concentration comes back to haunt the Scots and Tudor heads in from a free kick just 2 minutes later meaning it’s all a bit edgy at half time. With Belgium not in action, we sit 2nd in the live league table. We need a manful second half.

STEPHEN MCPHEE. The second half way meandering along until the 52nd minute when Robert Kovac pushed over Colin Cameron and Florian Meyer awarded a pen. We hadn’t anticipated getting a penalty so there was some confusion over who would take it, but the young man on his debut sent the keeper the wrong way and McPhee had a double. It was de ja vu though, as just 4 minutes later Bosko Balaban headed in to make it 3-2 and bag to us being a bag of nerves. I needn’t have worried, as a nice team move on 62 minutes ended with Cameron heading the ball down and McPhee smashing in his third of the game and securing the three points.

A nice match ball for Stephen McPhee, hopefully the first of many for my new hero.  On the negative side, the defence as a unit wasn’t great. Especially the keeper.

Scotland drew that game 0-0 in real life, but they didn’t have Stephen McPhee. Let’s go to Belgium.

One change, Matt Elliott in for Dailly.

The Belgian team is very strong and contains CM legend Emile Mpenza. 2nd place will get us into a playoff, and with Croatia in San Marino, we’re going to be in 3rd place tonight unless we can get something here. Croatia play Belgium in the final game though, which might save our skin, especially if we can pinch a point here.

After being battered for 15 minutes it’s a goal of real quality that opens the scoring. I can’t do it justice so here’s the in game commentary – I’m thinking of it as Barnes in the Maracana

Neil McCann, justifying his position as a Sky pundit. 10 minutes later, Charlie Miller got his first Scotland goal after Colin Cameron went on a marauding run. Wow. Hilariously, it’s 1-1 in San Marino, where the minnows took the lead and Croatia equalised. Big second half ahead!

Four goals in 2 caps. PhucMee. I mean, McPhee. Well done lad. The Belgians came on very strong at the start of the half but McPhee scored a great goal on the counter to make it 3-0 and send the travelling Scots crazy. Croatia won 4-1, so that’s less fun.

Job done.  The ratings are much better this time too, though my search for a centre half partner for David Weir goes on.

The table looks even better now

With Croatia hosting Belgium in the final game, we’re guaranteed at least a playoff. All we need to do is draw with Latvia at Hampden Park. The board are loving it!

Well who can blame them. Join me next time as I try to secure Scotland’s place in the World Cup and we’ll have the all-important group stage draw, as long as we don’t screw it up. Och aye the toodles. Or something.