After the last year success, we decided to make the Tempo Skin for Football Manager 2018 again. It took some time but we made it.

Same as last year we (Chris Darwen and I) were 100% sure it does not have to be a complicated skin. I kept the basics from the last year skin but there are also some improvements and some new things. The skin is with the Instant Result button made by Wannachupbrew.

The main features of the skin: 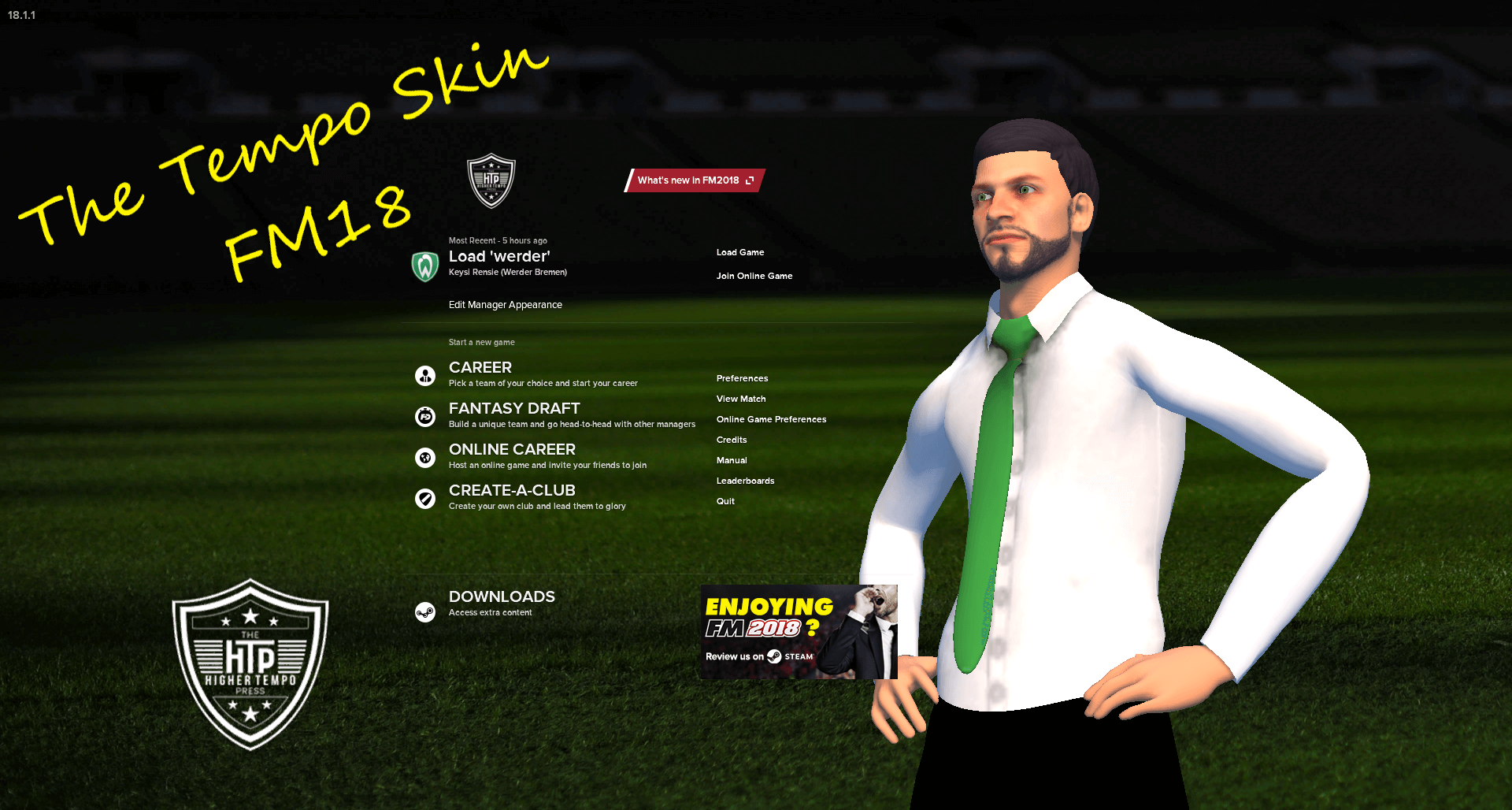 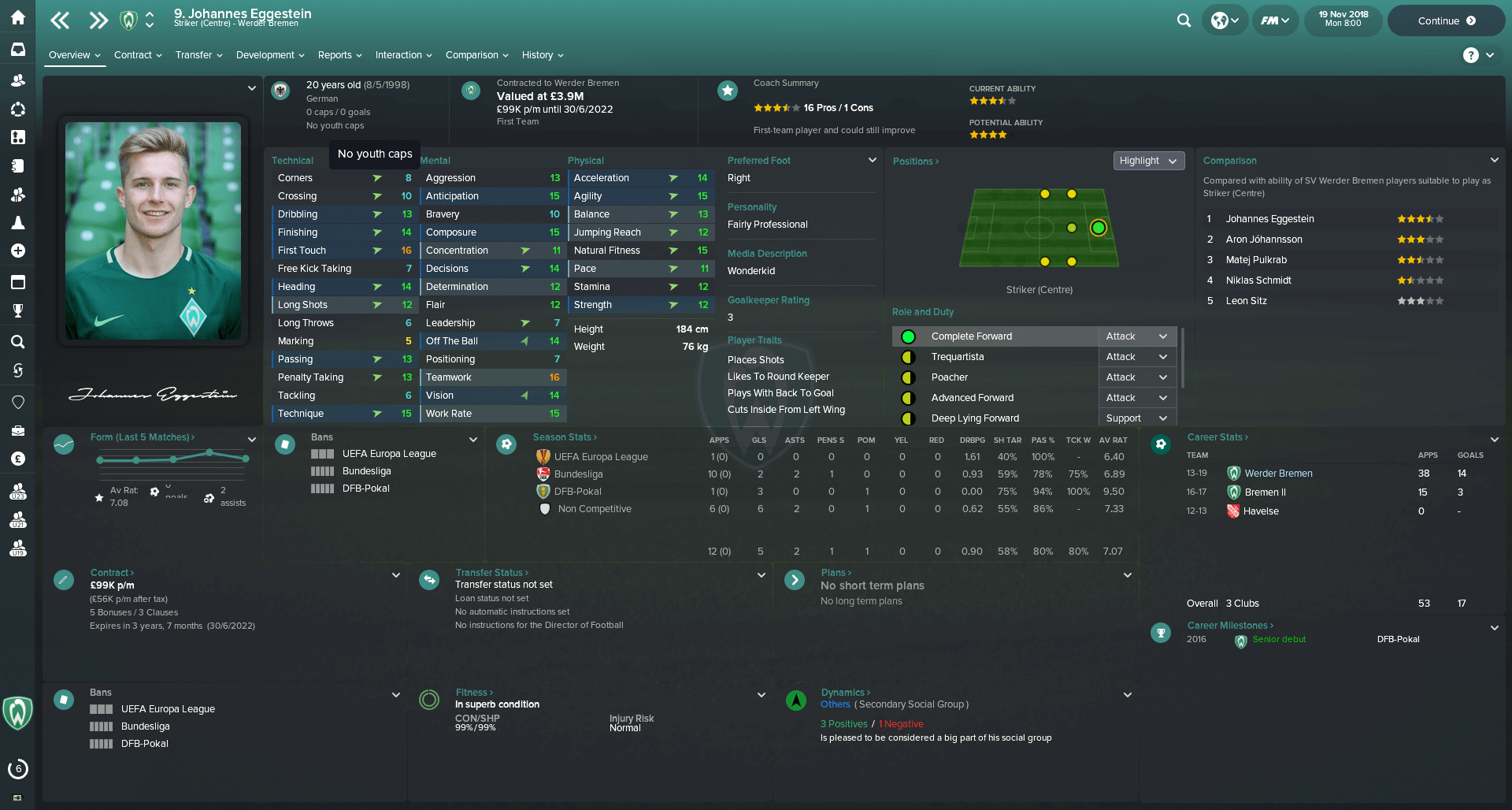 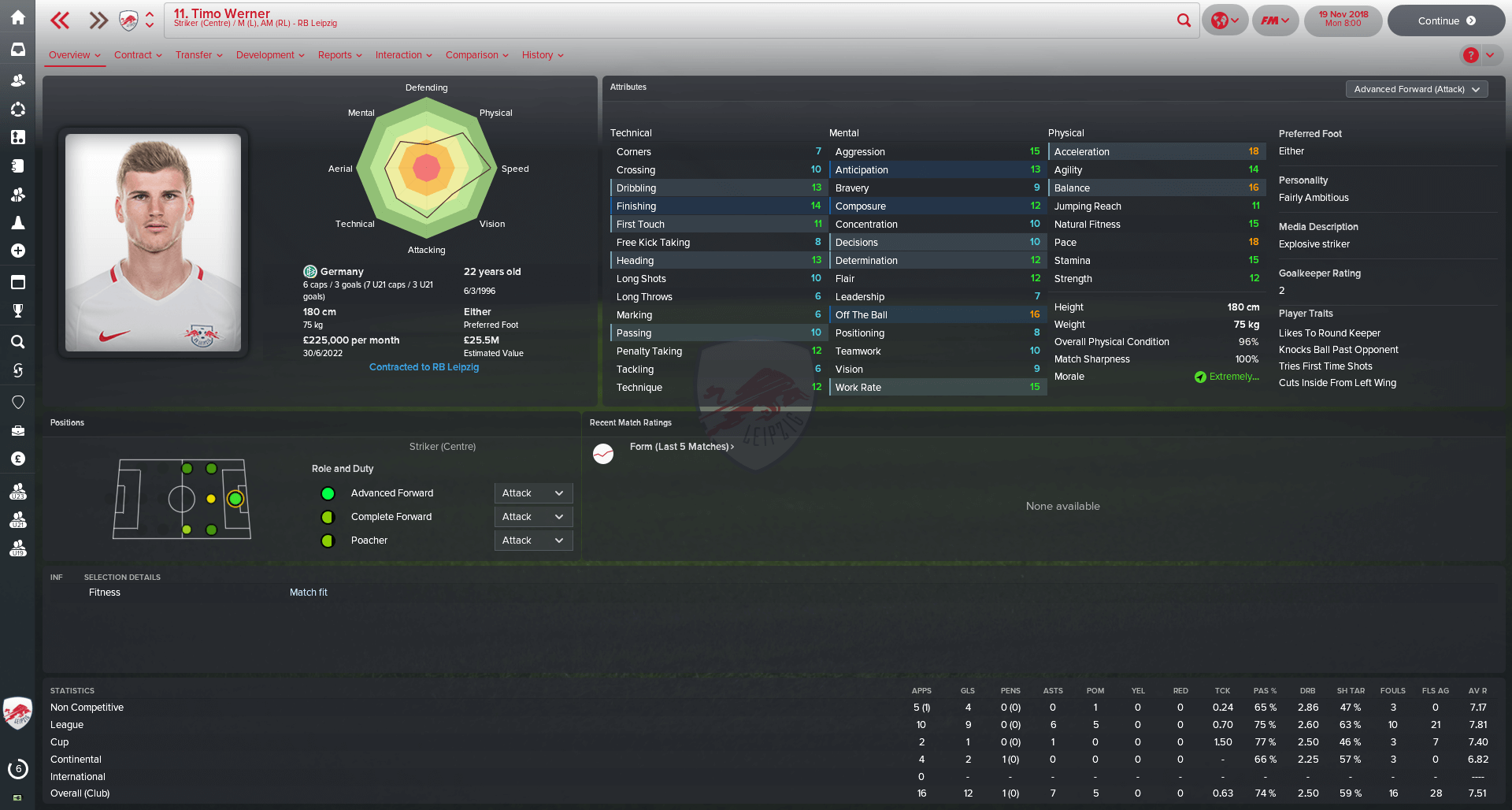 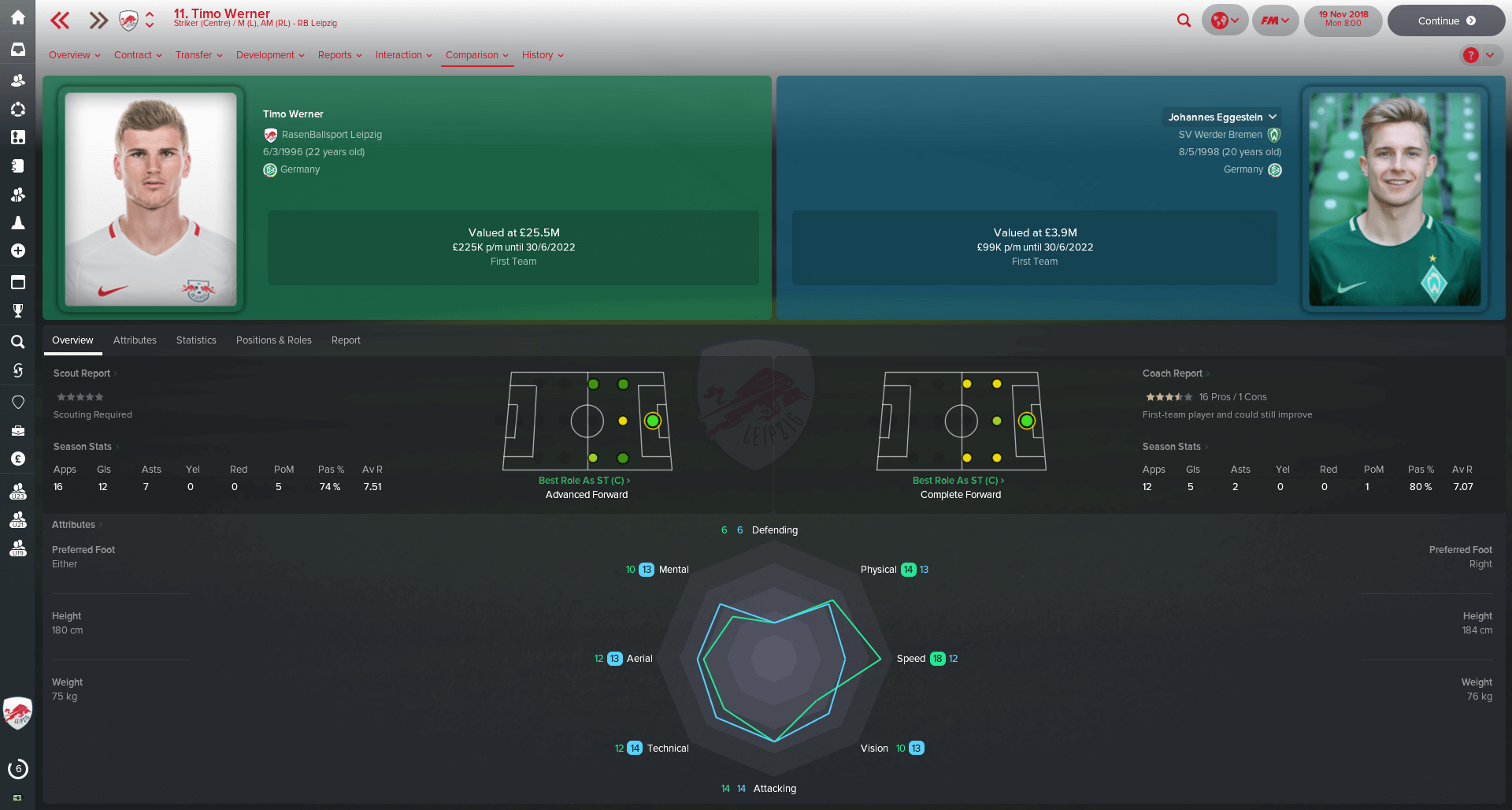 If you click to the arrow in the right corner there is a widget called „widg“ and if you select this your kits will be shown on this screen. 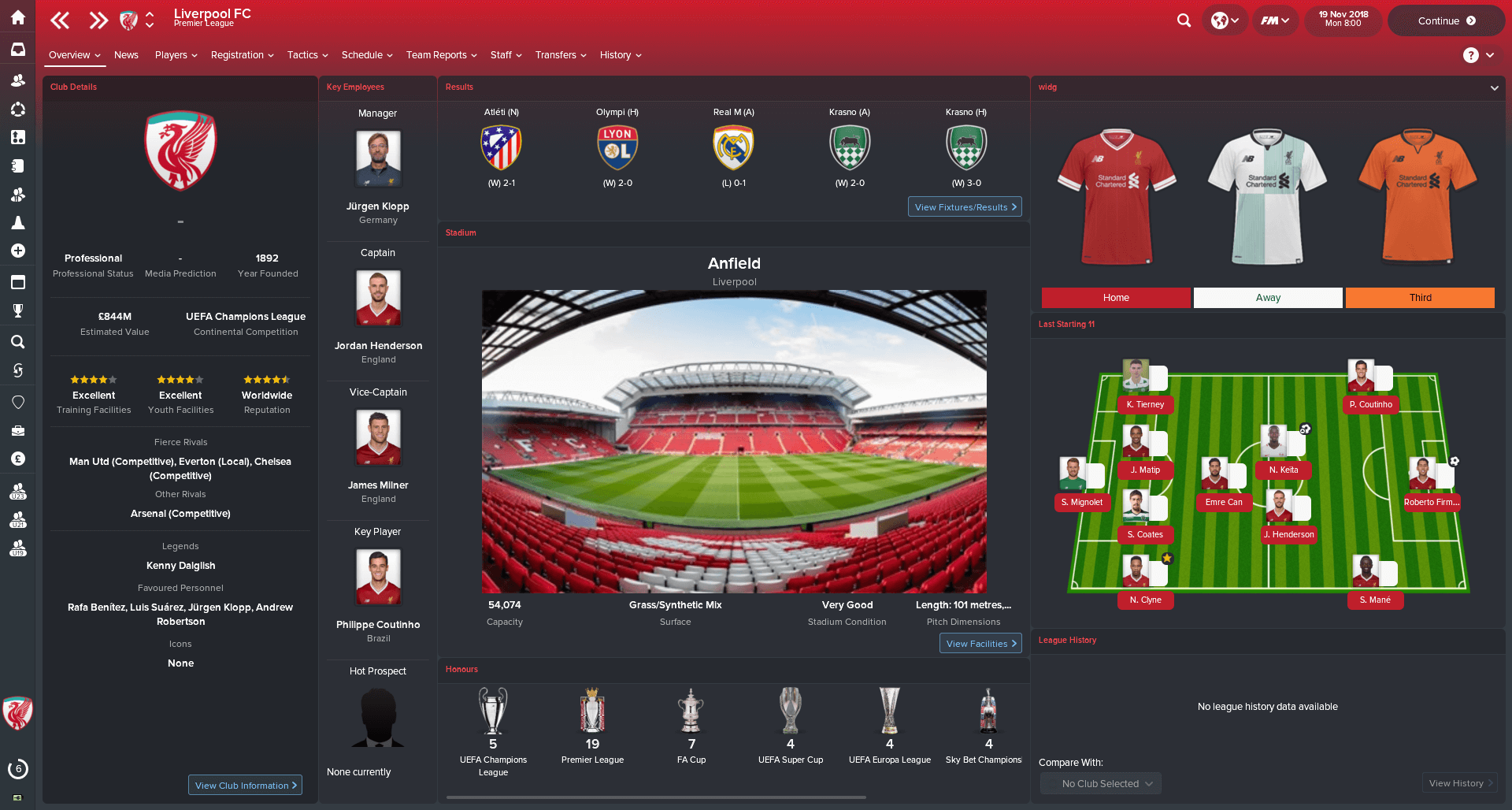 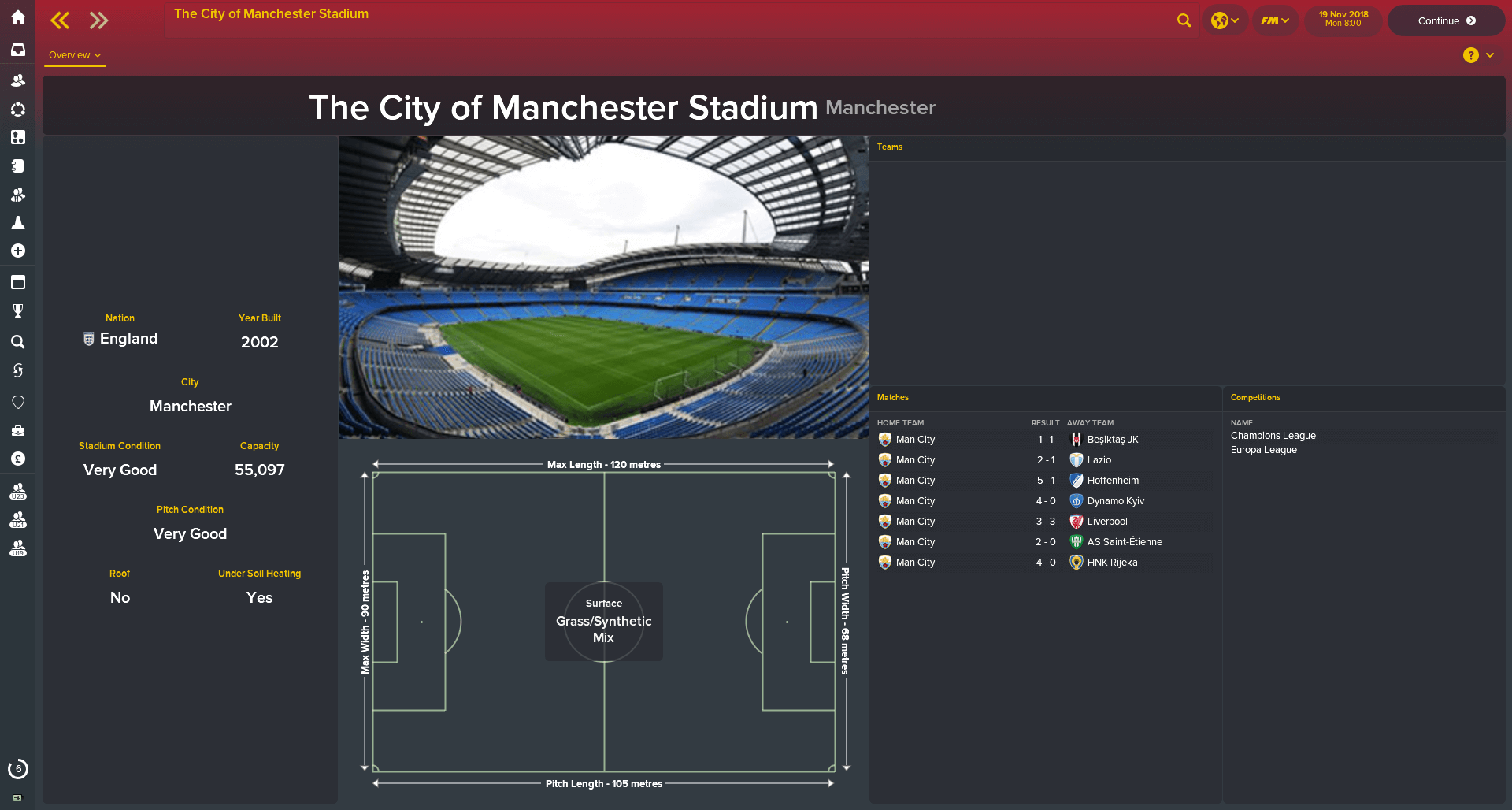 The pyramid section size was increased. 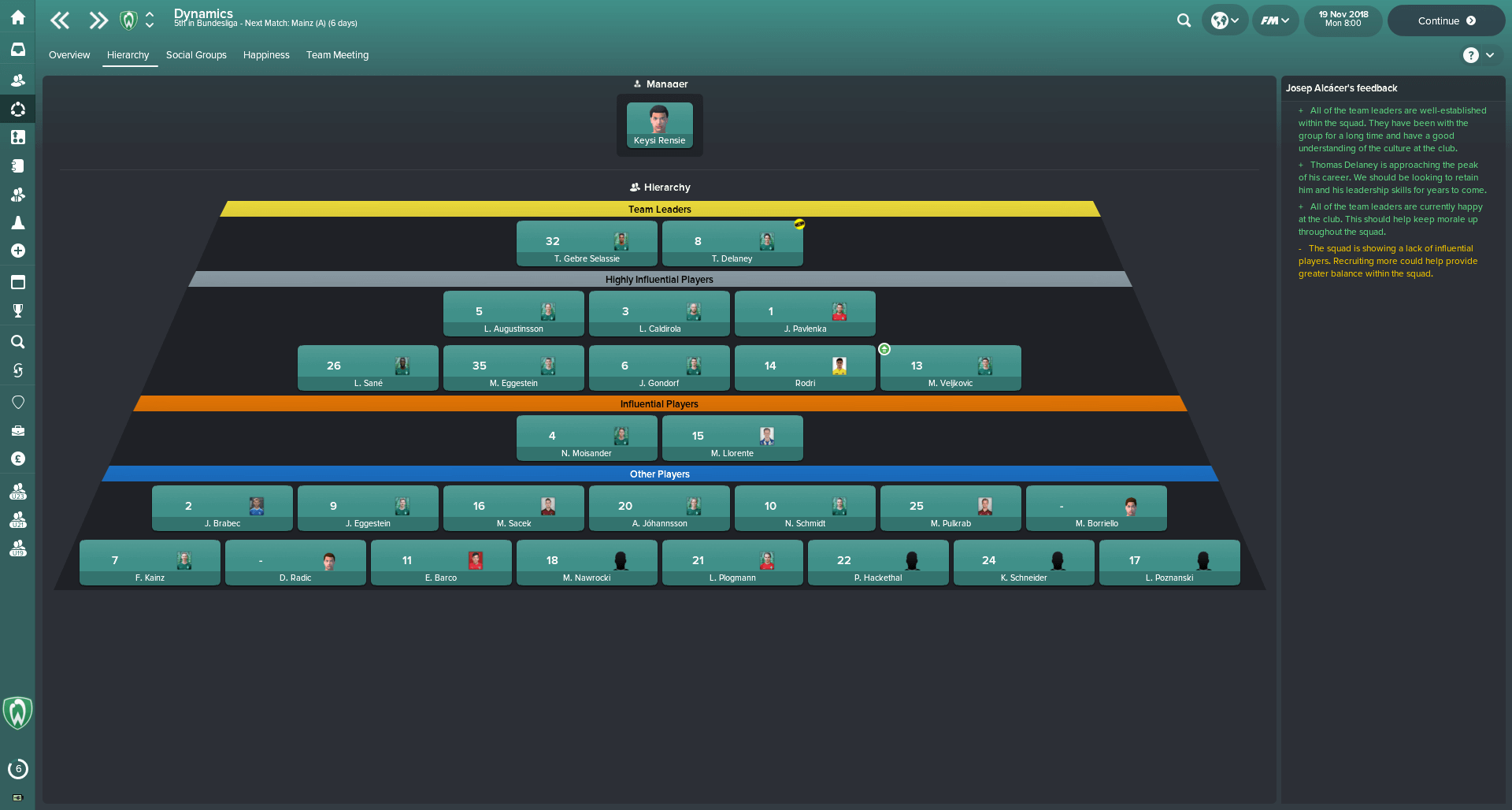 If you would like to delete these colors just go to the „C:\Users\Documents\Sports Interactive\Football Manager 2018\skins\The FM18 Tempo Skin\graphics\tables\custom\fixtures“ and delete the folder you don’t want in the game. You can also change the color, just open picture „row“ in the Gimp or Photoshop and change the color and save it.

If you want back the Caps Font just go to the „C:\Users\Documents\Sports Interactive\Football Manager 2018\skins\The FM18 Tempo Skin\fonts“, open file called „title“ and insert this <string id=”capitalisation” value=”upper case” /> between the paragraphs.

If you want to get rid of the background logo in the middle, go to the skin folder/panels/client_object – open the file “client_object_browser.xml” and delete this section and save file. Same as with other changes just reload the skin.

Team of the Week/Year pitch in news inbox size increased 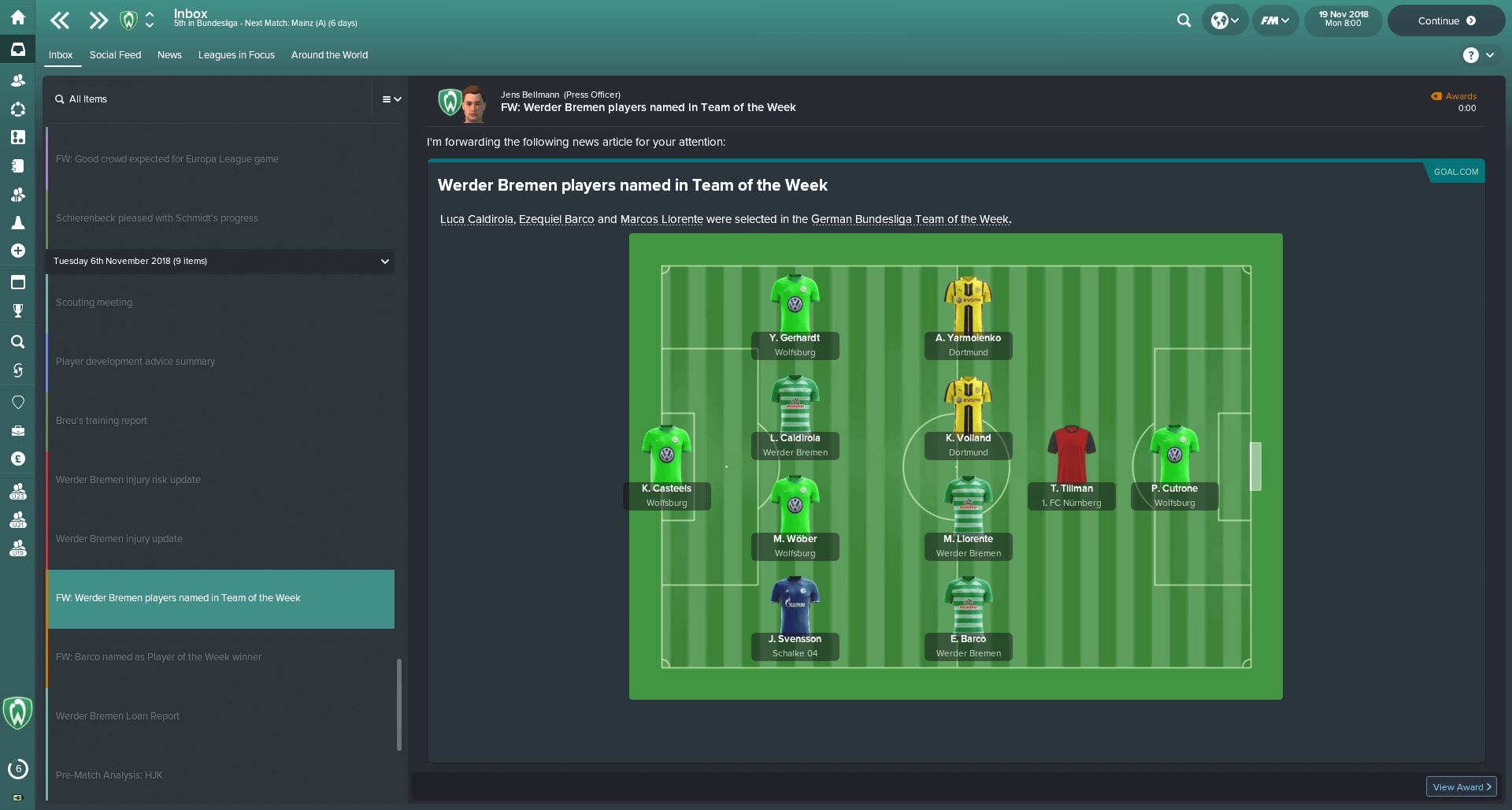 Match In-Between Highlights – it works only when you start a new match, when you open already played a match there is the default view. You can adjust the width of the containers in game which allows you to more easily customize. 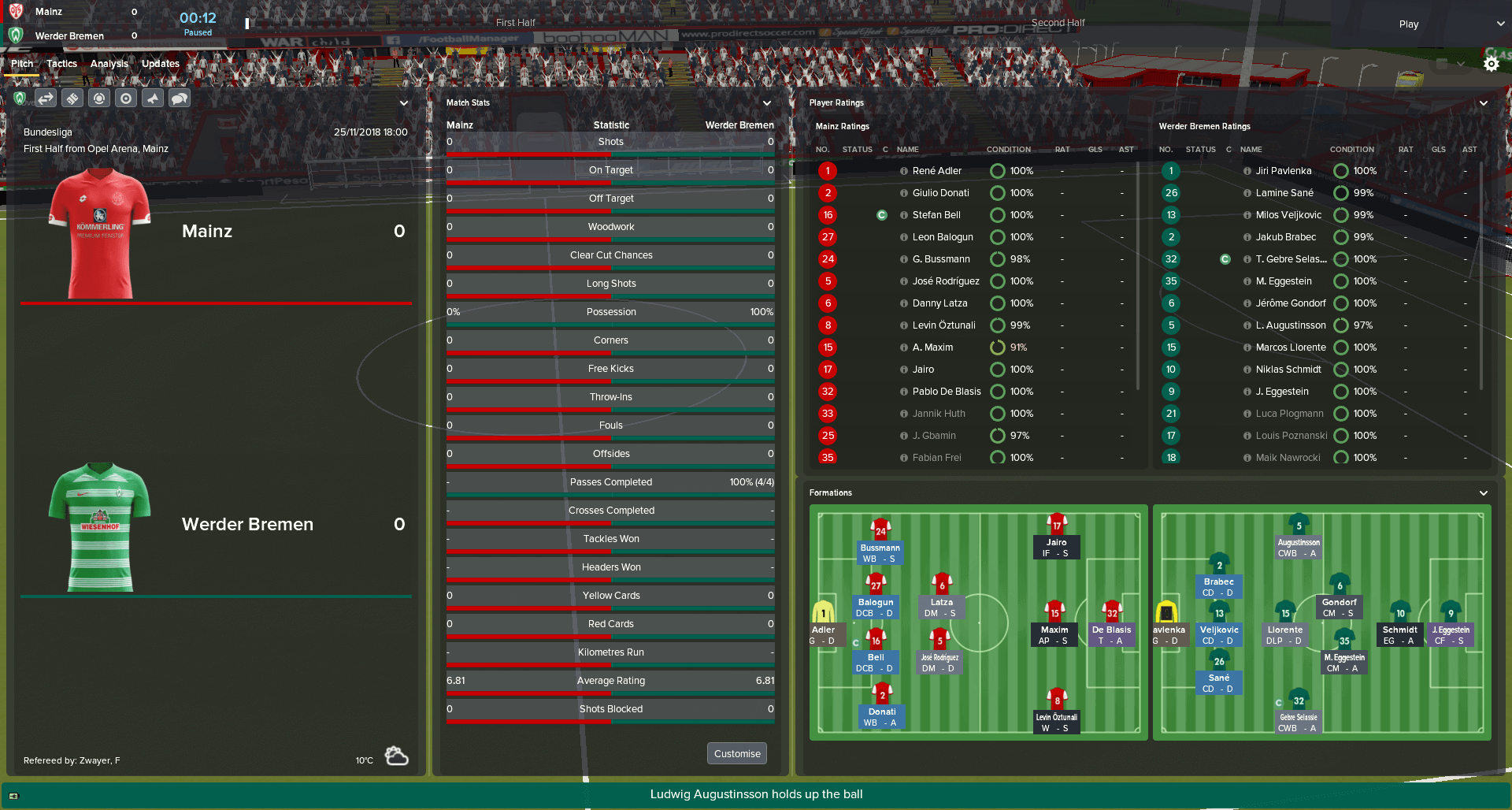 Same as with Match In-Between Highlights huge thanks to Michael Murray for his work with this beautiful mod. You can see a lot of important information thanks to it during the half-time, full-time and if you open the previous match on your fixture screen. 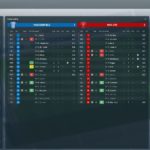 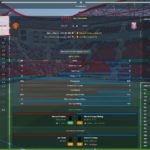 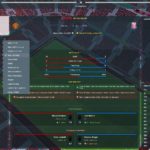 If you would like to use your own background picture instead of the default one just go to select your own picture and paste it to this folder “C:\Users\Documents\Sports Interactive\Football Manager 2018\skins\The FM18 Tempo Skin\graphics\backgrounds” and name your picture default.

Then just go back to game, clear cache in preferences and reload skin.

I would like to thank Chris Darwen, Daniel Gear and Joao Penetra for the help with testing.

Special thanks go to Michael Murray who is the author of the Match In Between Highlights but his work and help around the SI Forum in the Skinning Hideout is absolutely invaluable.

Also thanks to „D_LO_“ for his help with start screen and for permission to use his Last starting XI“ panel on the Club Overview screen.

And the last thank you is for DF11 and their panels who are used in the Player Attributes and Player Comparison screens.

But, as we cannot force you to do that you can also have the link here.