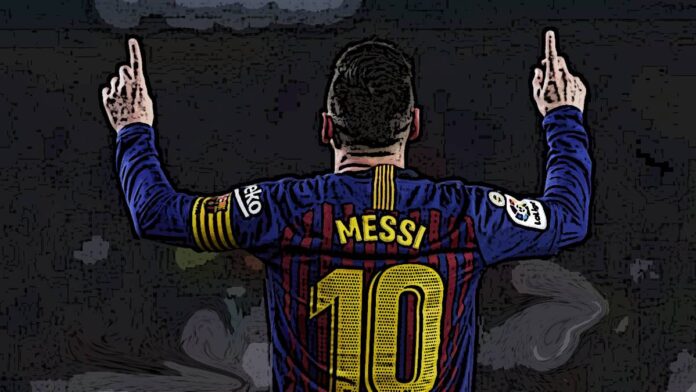 You don’t need me to tell you how good Lionel Messi is or was, what he has achieved and how brilliantly he did it. But we live in the waning world of Messi, one where he continues to exert his brilliance and magnificence, but in a Barcelona team acting as a mere shadow of what they were ten (even five) years ago.

So, this series will take on the needlessly ambitious task of securing one precise goal: One final treble for Lionel Messi.

The man has picked up two treble wins during his career, in 2009 under Pep Guardiola, and in 2015 with Luis Enrique, as part of the famous MSN trio with Neymar and Luis Suarez. No player, or indeed team, has won three trebles…

To make things easier, I started my career at Barcelona. The other option was to join either PSG or Bayern Munich, and attempt to sign Messi during the early stages before the contract is renewed. The strength of Barcelona in La Liga compared to the strength of the top clubs in Germany, France or Italy is far weaker – Messi at PSG, for example, would at least tie up two of the three trophies without too much interference.

Nonetheless, we I began at Barca, and the first task was to renew the contract of the great man – offering a two-year deal to keep him at the side until 2022. Including a significant wage-cut but a considerable loyalty bonus fee, he was secured.

The second task was to take a look at the team, see what we are working with. With very little money to play with in the transfer market, the current bloated squad will simply have to do. There are rumours that Man Utd are interesting in Ousmane Dembele, it remains to be seen if we can gain some cash from that.

The formation I’m going with is my new favourite, the Vicente Del Bosque strikerless 4-3-3 – not a million miles away from the tactic of Guardiola back in his Barca heyday, but with a slight variation. In this setup, rather than play Messi as the false nine, he plays the Iniesta role – just in from the left, centrally affecting play and can provide a goal threat. I would have liked to play him in the deeper role, alongside Frenkie De Jong, but his finishing ability would be wasted that far from goal.

Preseason Champions League odds were not kind, predicted to maybe make the quarter finals if we’re lucky – it will be a tough season. If we do get knocked out of any cups, the only option will be to skip to the end of the season and try again next year – lets hope it doesn’t come to that.

The opening league games were much more kind, at home to Eibar followed by an away trip to Cadiz, bringing 3-1 and 1-0 wins respectively. The goal that Messi scored in the second game demonstrated why I needed him in that advanced role.

As the ball moves wide to Roberto, Messi moves into the box, rather than taking up the position of Pedri, who actually receives the ball. As Pedri prepares to play the through ball, Messi is now the most advanced player on the pitch.

The finish is then simple enough when the ball reaches him, but it’s the anticipation and movement of Messi that makes him to valuable in that attacking position to risk having him anywhere else.

In general, this series won’t be giving a detailed breakdown of each game – mostly the highlights of the season as it progresses. With so many games in multiple competition to focus on, the expectation will be to win near enough each game in the Champions League group stage, and reach the latter stages of the Copa Del Rey.

It may be that we scrutinise games in more detail at the business end of the season, but for now let’s just keep our fingers crossed that we don’t succumb to an early cup exit.