Following the draw against Everton, the players are back in to do some preparation for taking on Bournemouth this weekend. I don’t like to do much with them the day after a game, Nigel Gibbs just leads an extended warm down, but after that, we hit the ground running. We haven’t scored enough from set pieces so they’re working on that today. Van der Hoorn is being warned to start heading the bloody ball. 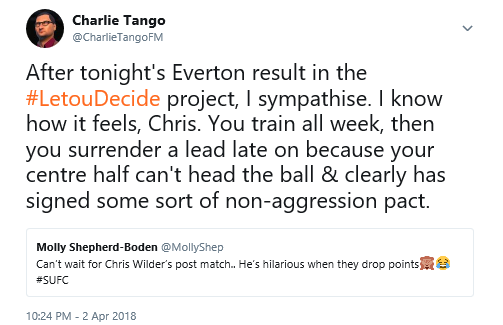 Just before heading out onto the training pitch myself, I’m drawn to look around this world to see what is happening. I’m particularly interested in the Championship, which as we all know is the most competitive league in the world.

In this rather strange and largely unappreciated universe, Sunderland are top of the table. Ramón Díaz is the manager over in Tyne and Wear, he’s done brilliantly to get them singing from the same hymn sheet and they’re seven points clear of Ipswich Town in third. No suggestion that Mick McCarthy will be leaving at the end of the season here. Mick has mostly been riding the coattails of strikers Waghorn and Garner, Ipswich were predicted 18th at the start of the season. Behind Sunderland and positioned for promotion to the Premier League are another surprise package in Preston North End. They have the best goal difference of any team in the division and are only two points shy of the top spot.

Joining Mick McCarthy’s boys in the play-off spots are the high-spending Wolves, led by the fearsome trio of Helder Costa, Rúben Neves and Diogo Jota. Aston Villa come next, their goal difference is just six, which indicates a mean defence and a shy attack. Bristol City are in the final play-off place in sixth but they have Hull City and Middlesbrough breathing down their necks.

What of Cardiff City? Well, Neil Warnock has the Bluebirds in ninth but they are seven points away from Bristol City. In fact, the teams from ninth down to fourteenth boast some big names. Cardiff are followed by Derby County, Leeds United, Norwich City, Reading and Fulham. All have Premier League experience and will consider it a poor season not to be pushing for a return to the promise land.

Down at the bottom of the table the likes of Birmingham City and Millwall have been dreadful, narrowly averaging more than a point per game but thankfully the bottom three have been much worse. Nottingham Forest prop up the Championship table with just 30 points, Sheffield United and Bolton Wanderers look the other two certainties to go down to League One as they are thirteen and eleven points respectively off safety. 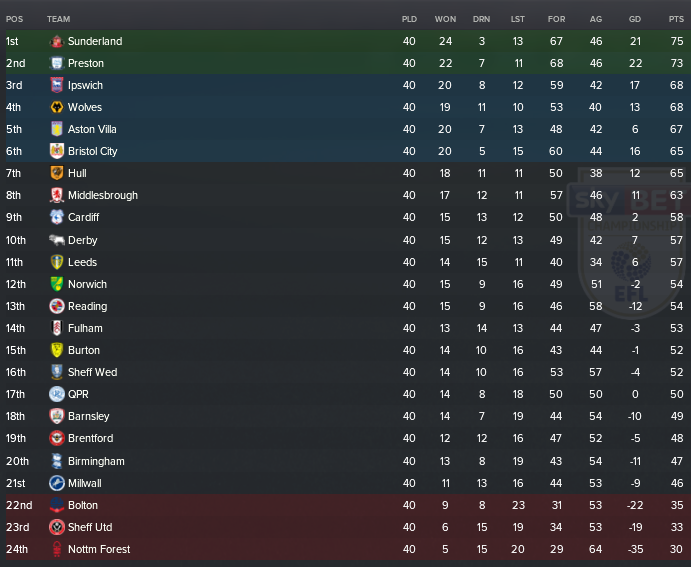 The top player in terms of ‘average rating’ (never heard of it) is Hull’s Michael Dawson followed by the aforementioned Helder Costa. His Wolves teammate Rúben Neves is second behind Aiden McGeady at Sunderland in the assists chart, in terms of goalscoring you’re looking at Bristol City’s Famara Diédhiou (20), Barnsley’s Tommy Bradshaw (19) and Sunderland’s Lewis Grabban (14).

That’s the Championship Update complete, except for one thing. There is one statistic that we’re all in this game for, bar none. Clean sheets. The team who has kept the most clean sheets is Leeds United, whose goalkeeper Felix Wiedwald has starred between the sticks.

I’d just like to point out that Microsoft Word (other typing software exists, I guess) wants to change the phrase ‘most clean’ in that last paragraph to ‘cleanest’. I did consider changing it but I don’t think the cleanest sheets works as well.

John Dolan - June 29, 2020
0
In the previous episode, we searched for a new goalkeeper using the extensive data available in Football Manager. In this piece, we will search for a new left-back, by analysing the data of a series of defenders in the Championship.
Read more

Stuart Davidson - October 20, 2017
4
“a pibe with a dirty face, a mane of hair rebelling against the comb; with intelligent, roving, trickster and persuasive eyes and a sparkling gaze that seem to hint at a picaresque laugh that does not quite manage to form on his mouth, full...
Read more
Load more