Five successful years at Atlanta United have come to a close. I took the MLS newbies from a blank sheet of paper to the dominant force in North American football and continued our success right until the last whistle of my tenure at the Mercedes Benz Arena.

We retained the MLS Supporter’s Shield, which we’ve now won in every season I’ve been at the club, and also lifted the US Cup once again. The big test, of course, was the MLS Cup though as Atlanta looked to seal a third consecutive title and our fourth in five years.

Once again, we stormed through the regular campaign and sealed our playoff spot, and the Supporter’s Shield, with seven games remaining. We headed into the knock-out round in a sensational run of form, having remained unbeaten for 29 matches across all competitions before losing our penultimate regular match to LAFC 4-3. 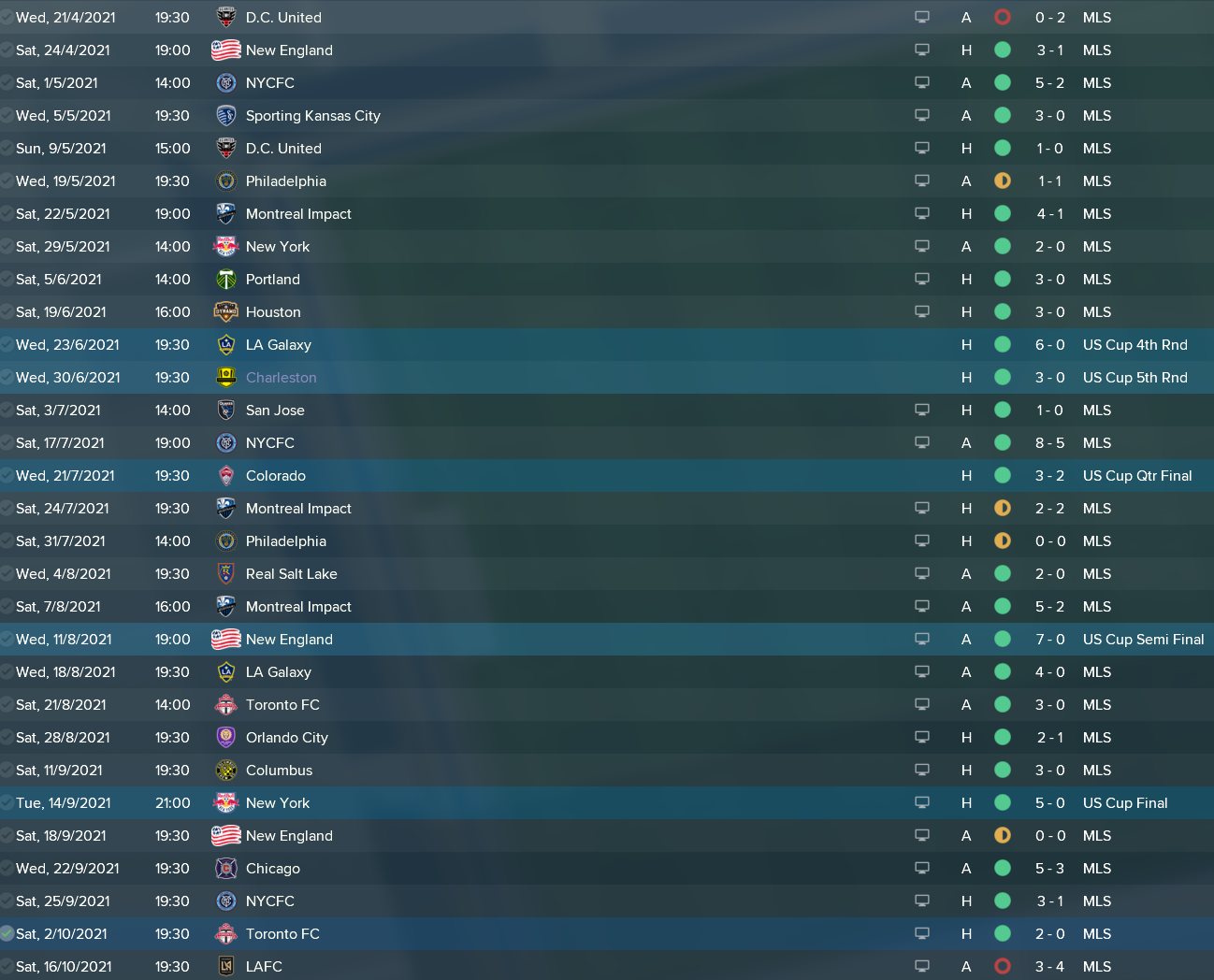 Again, this shows just why I’m looking for a new challenge. The gulf in class between us and the rest of the MLS sides is astonishing, shown by our 5-0 US Cup final win against New York, a 7-0 win in the semi finals against New England, an 8-5 win over NYCFC and a 6-0 win over LA Galaxy.

I honestly thought the differences would be very, very close due to the draft every year but it’s actually quite rare that a player coming through actually makes a big impact, so the majority of the big players are the same they have been – and that’s a a real shame.

Another thing that shows our dominance is the fact that the five-man shortlist for the MLS MVP award are all Atlanta players; Juan Cascini, Josef Martinez, Erik Palmer-Brown, Robert and Juan Pablo Torres.

Anyway, onto the playoffs we went. Our opponents in the semi-final are Orlando City.