I don’t want to start today’s piece by complaining but last night’s Friday football was West Ham United at Turf Moor to play Burnley and the Lancashire side won a thrilling game 3 – 2. How could Burnley perform so well and score three goals, I don’t think they had three shots when they played Stoke in a game I was in attendance at earlier in the week. Nonetheless I’m pleased for Sean Dyche, I really hope he doesn’t lose his job.

First thing is helpfully first, all three of Ángel Rangel, Kyle Naughton and Luciano Narsingh have failed fitness tests so will miss out completely from the squad to face Chris Hughton’s Brighton.

In terms of our team selection, I intended to start Wilfried Bony last week against West Ham but forgot and left Tammy Abraham in, so Bony gets his chance against Brighton to prove that he shouldn’t be missing out. Renato Sanches returns to the starting lineup in place of Andy King, Sanches is simply our best player and has to start.

According to SportPesa, we are favourites, but Brighton are one of those teams you never know which will show up and it’s tight around where are in the table. A loss and results going against us could take Swansea down five places, while a win for Brighton could send them up into our current tenth place but Brighton have only won one of their last five away games.

Their last game was a 2 – 0 loss against West Brom, for whom Salomón Rondón scored just after half time and Oliver Burke added the second in injury time. 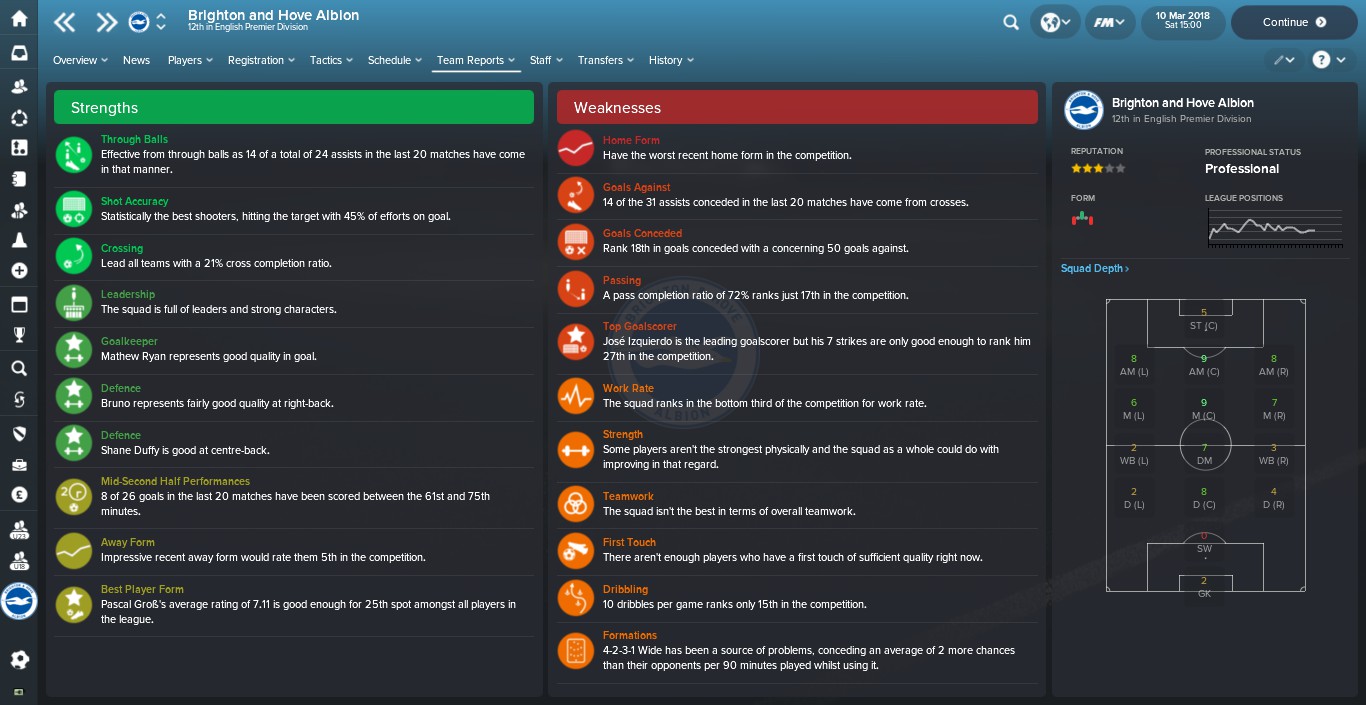 Brighton’s big star is undoubtedly Anthony Knockaert. With his high work rate, balance, ability on the ball and skill, it’s no surprise. He has four goals and eight assists this season already.

What really gives me optimism is that the scouting report says the following line; “14 of the 31 assists conceded in the last 20 matches have come from crosses.” With our 4-4-2 set up, that should give opportunities to Andre Ayew and Nathan Dyer on the wings. As always if the image is a little blurry, just click it and it’ll open in a crisp new window. 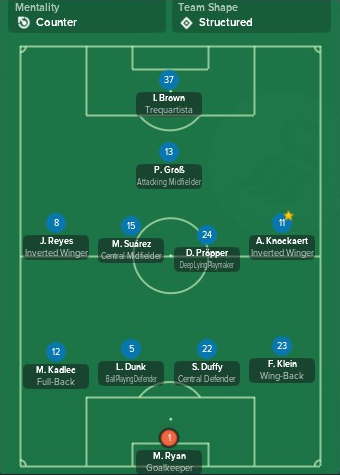 I like the look of Pascal Groß in midfield, his work in behind Izzy Brown will be crucial going forward and it has to be said Chris Hughton has recruited well in key positions. Mario Suárez from Guizhou sits beside Davey Propper, Jose Antonio Reyes has come in on the left and the aforementioned Knockaert is on the right. The back five look to be a concern, which is the reason why the team reports highlights that they have conceded 50 goals already this campaign.

I’m feeling good about notching a few goals against this Brighton lot, so join us on @TheHigherTempo later today to find out whether my good feeling continues through the game. Kick-off is at the hallowed time of 3pm so full teams will be released 15 minutes earlier. See you there!