Thank you to those who joined us on @TheHigherTempo for live coverage of our game on Saturday against Chris Hughton’s Brighton & Hove Albion. You were treated to news of six goals and another huge win for the Swans.

One thing I would like to ask, exactly when did Brighton become the Barcelona of the English Premier League? There were times in that game, especially in the second half, when they were passing the ball around like cocky bastards. They are a cultured team, passing it out from the back.

We were complacent after half-time, my mocking of John Challies apparently provoked negative spirit for my team and complacency led to momentum for Brighton and we let them back in the game. It’s not an exaggeration to say that following the break they came through in waves.

After goals from André Ayew and Wilfried Bony put us ahead, back came Brighton through Izzy Brown and Anthony Knockaert to level. Thanks to a tremendous triple substitution where I brought on Roque Mesa, Andy King and Tammy Abraham for Renato Sanches, Tom Carroll and Bony, we secured the three points late through Alfie Mawson and a second for André Ayew.

That brings us to this week’s game, at the weekend we host Reading in the FA Cup Quarter Final and it’s undoubtedly the biggest game of the season under my management. I desperately want the opportunity to lead Swansea out at Wembley, since Stuart Reid had the chance to take my Swans to Tottenham away and pissed that chance against a wall.

In an unprecedented move, I’m giving Swansea fans the chance to name the entire team. This week, it’s Power to the People with every part of our side to face Reading up to you to decide. #LetouDecide is all about interaction, it’s about your choices. Up first, we have the decision as to which goalkeeper will take up position between the sticks. We have three for you to choose from; Lukasz Fabianski (number one), Erwin Mulder (reliable substitute) and Kristoffer Nordfeldt (third choice). Here are their squad profiles for you to peruse, just click to open up the image in a new screen. 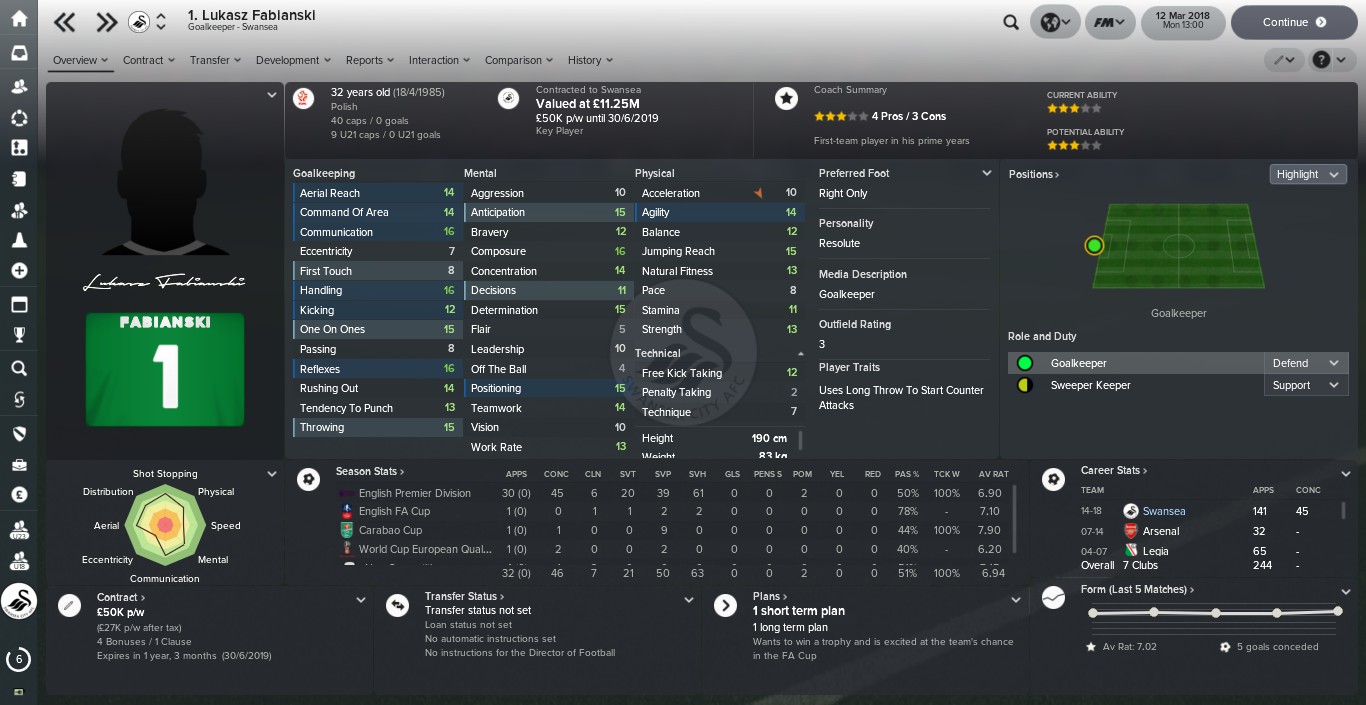 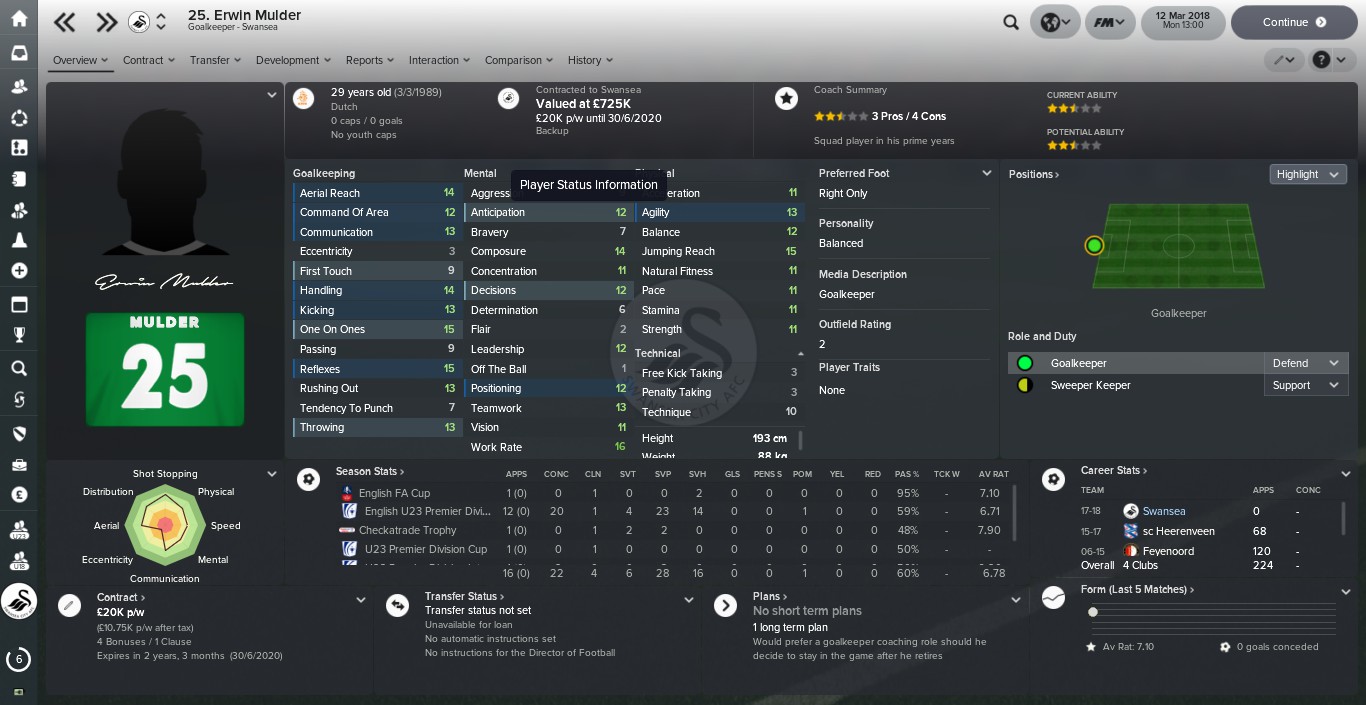 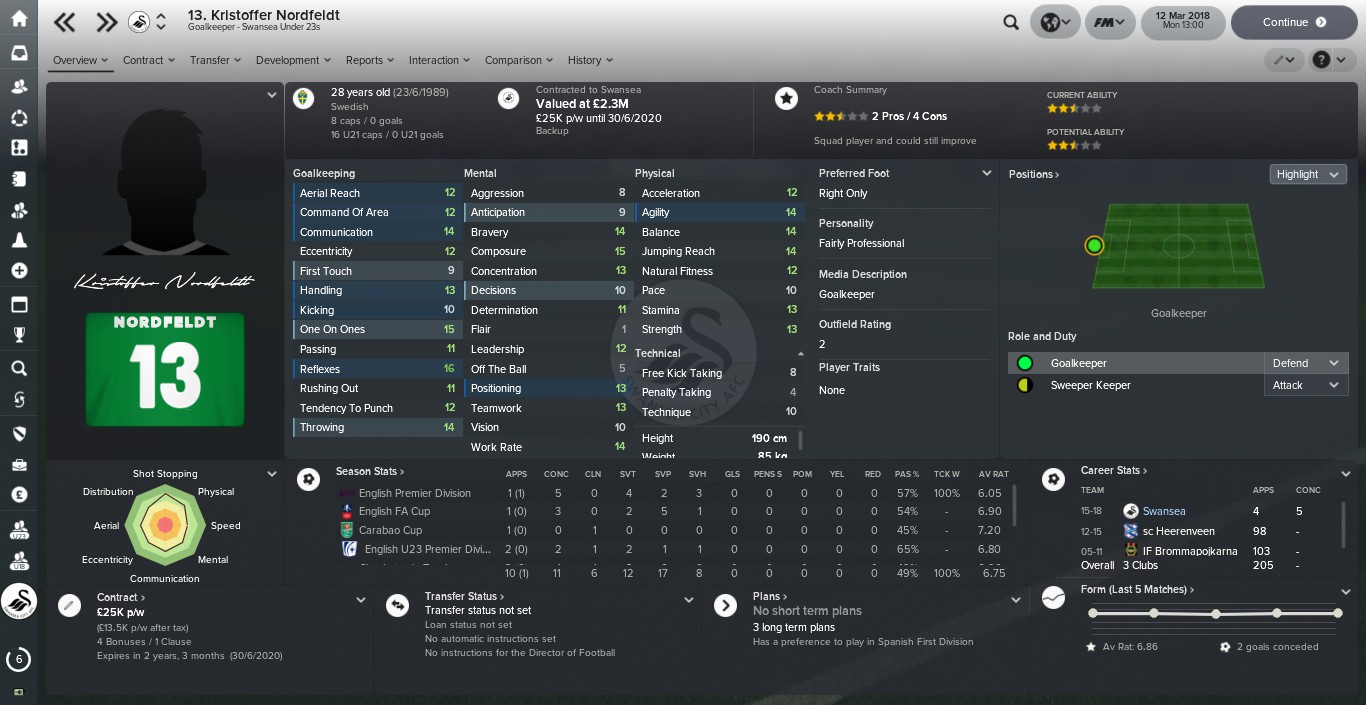 The poll will remain open until tomorrow lunchtime, so get your vote in and have your say. Stick with us all week for more votes and the team to play Reading will come from your input on @Thehighertempo.

Swansea #LetouDecide boss @CharlieTangoFM has handed over team selection to you for this Sunday’s FA Cup Quarter Final against Reading. Today we start with the goalkeeper, who should start between the posts?