Later today Swansea City play Apol. Limassol in a friendly match to keep our fitness levels up during this international break but I wanted to spend today having a look at the England squad for the two friendlies taking place over the next few days.

It’s the one job we all think we can do, England manager. But it’s tough both in terms of media and fan scrutiny, not to mention actually picking a squad of players. Somebody has to miss out who thinks they deserve to be there. 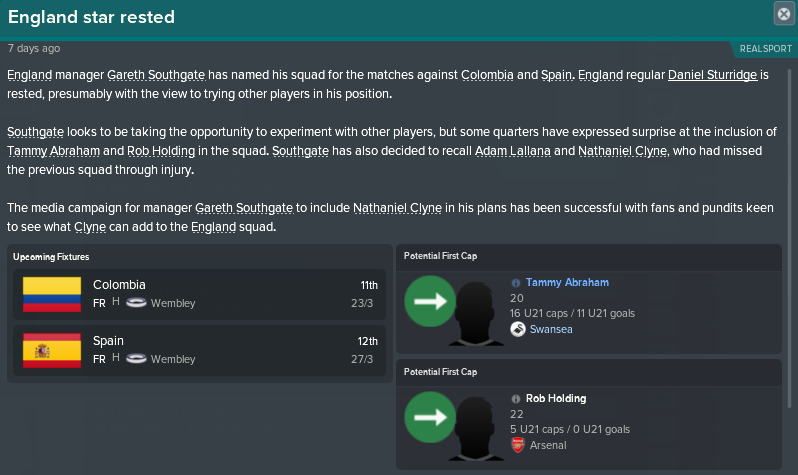 Since the squad was announced, Raheem Sterling has withdrawn through injury and Manchester United’s Jesse Lingard has been called up in his place.

Hopefully you will have noticed, Tammy Abraham has deservedly got the call. I was hoping that Alfie Mawson would have also been named but it seems that Gareth Southgate went for Rob Holding instead. Holding has only made five starts in the Premier League compared to Mawson’s contribution week in and week out but good luck to the former Bolton defender.

Here is the squad in its entirety: 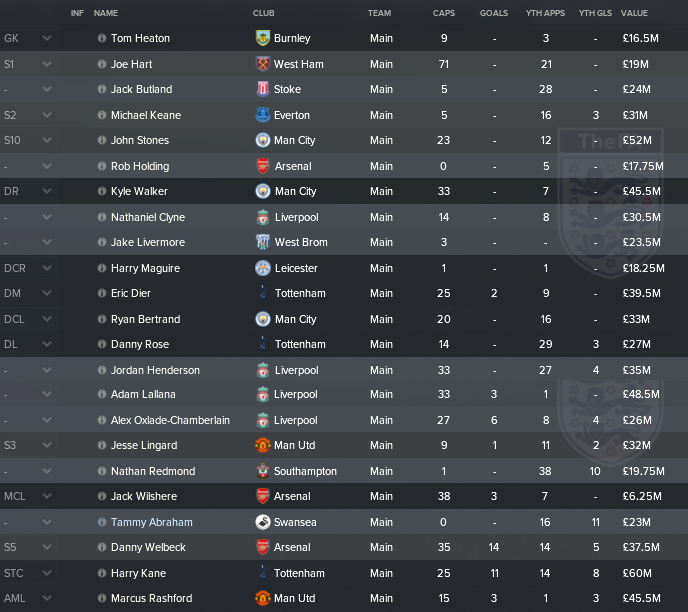 The press have noted the omission of Dele Alli, who will be out for up to three weeks with strained knee ligaments and Daniel Sturridge misses out.

Perhaps I’m just a purist but when I see the likes of Marcus Rashford, Rob Holding, Oxlade-Chamberlain, Jesse Lingard, Danny Welbeck and Jack Wilshere with practically as many substitute appearances as starts, I wonder who else is out there. In the U21 set up we have Mason Holgate, Patrick Roberts, Demarai Gray and Ademola Lookman who are first choices for their respective sides.

I’m off to get our team prepared to face Apol. Limassol and give them a new formation to work on. I’ll let you know how it goes tomorrow.