According to SportPesa, we’re only ‘slight’ underdogs to beat Manchester United, I can’t help but feel that’s generous. I wouldn’t put more than a quid on us even at 11-5. For reference, Mourinho’s United are Evens.

We go into this game at the Liberty in sixteenth place, but a win or a draw takes us back above Mauricio Pochettino’s West Brom into fifteenth. A United win could see them up to second behind Arsenal.

United’s lineup will be without Eric Bailly (broken leg), Victor Lindelof (broken ankle) and Juan Mata (twisted ankle). Our only concerns are Ángel Rangel and Wayne Routledge, both have been absent for some time, and Wilfried Bony is a little short of match sharpness. 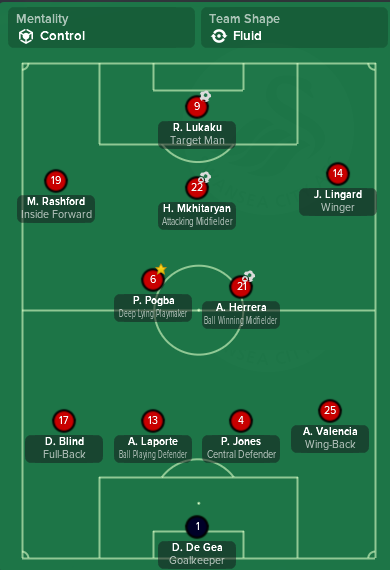 I’ve tweaked our own team a little. Mike van der Hoorn and Tammy Abraham are considered to be high injury risks so Federico Fernández returns to central defence alongside Alfie Mawson and Wilfried Bony starts with the provision that he will be replaced on the hour by Abraham. Fabianski is back, the cut on his hand no longer bothering him and he’s a welcome inclusion after the issues we saw with Nordfeldt.

This is another game I don’t expect to win. We’re not competing with Manchester United, we’re competing to survive in the Premier League. As far as I’m concerned, this is a free hit. Anything we get here is a bonus but what is most important is not to be on the wrong end of a hiding.

I’m preparing for this game in the knowledge of who our future FA Cup opponents are. I attended Fratton Park last night to see Burnley get out-Burnley’d at the hands of League One high fliers Portsmouth. There was one goal, a header from a free-kick by defender Christian Burgess. It was a pretty bad-tempered game with plenty of niggly fouls and unnecessary bookings but the outcome is significant. It means that my Wembley dream, the moment I will lead Swansea City out wearing my only suit in the most famous sporting arena in the world (Madison Square Garden can f*** right off) is one step closer.

I couldn’t have predicted what Sean Dyche would have done, what team he would have selected. He’s under pressure to keep his side in the Premier League and keep his job in the process but Stuart Pearce’s Portsmouth are much easier to predict. He’ll play his best team and while lacking quality, they will work hard. We’ll need a solid base and creativity in the wide positions. But before all of that, the Red Devils are in town.

Join us tonight on @TheHigherTempo for the usual live coverage service, kick off is scheduled fo7:45 pm, so teamsheets will be available from 7:30 pm. See you there!