4-4-2 diamond can come in two forms. Last week we saw the narrow diamond, which packs the midfield at the expense of wide-players, and allows two strikers to batter the defence. The other variation is the wide diamond which, as the name suggests, uses two wingers rather than CM’s. 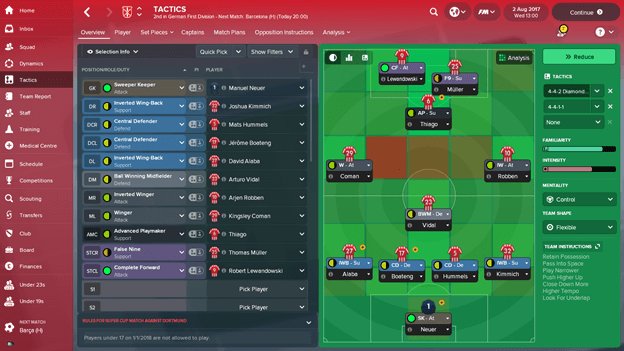 As the formation screen shows, the two central players, which can drift wide, have now become out and out wingers. Using Bayern, due to the quality of those wide men, we can see how the team is shaped in this set-up.

The major difference is that the onus is no longer on the full-backs to provide width. The narrow formation left the full-backs exposed if they ventured from their position. In this set-up, the full backs have a much more simple task: defend.

The wingers provide all of the width in attack and can stay forward (but not too far so they can track the opposition full-back). The defenders can remain as defenders, lowering the risk of being exposed on the counter, as seen below. 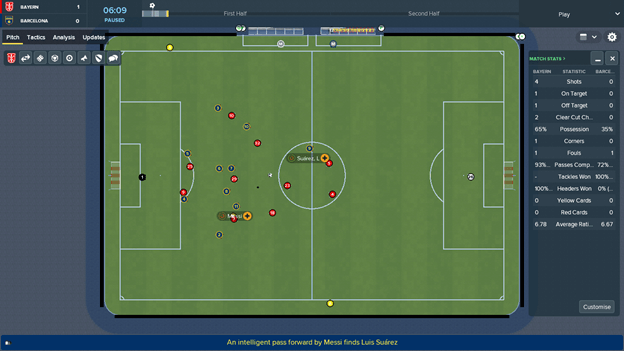 This formation works especially well with inverted fullbacks, in the Guardiola mould, who can provide additional cover for the lone CDM.

The point of inverted full-backs is to provide more bodies in midfield, as the full-backs move inside rather than overlap. This allows wingers to stay forward, and gives the full-backs less ground to cover in order to quell a counter-attack. In the above image, 32 and 18, the full-backs, are immediately available to get back and deal with the counter before it begins.

Alaba and Kimmich, for example, are perfect players to use in such a system, as they are equally adept as midfielders or as full-backs. 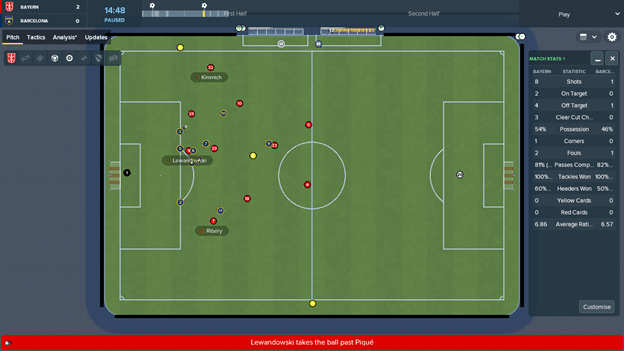 This additional cover provides the same packed midfield as the narrow formation, and still facilitates wide play, but through the wingers rather than full-backs. 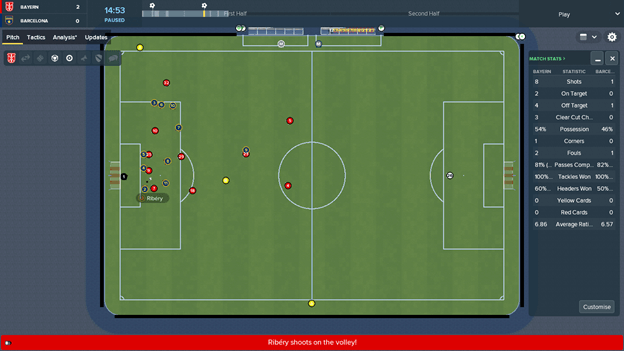 This means that the attacking wide-players can be more specialised, rather than all-rounders that full-backs tend to be. Ribery and Robben, for example, can chop in or out of opposition defenders, meaning that each attack is more lethal. Compare their attacking ability to the likes of Kyle Walker or Ryan Bertrand, and the attacking mentality of the natural wingers is clear in the image above, as Ribery makes it 2-0. 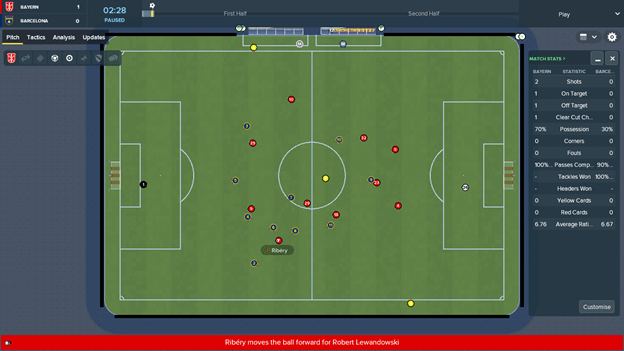 4-4-2 diamond wide provides significantly more dynamism in attack. The narrow formation allows the front three to interlink and swap places, whereas the five attackers in the wide setup can all interchange with much more fluidity. Here, the CAM drops deep, allowing Ribery and the strikers to force the play. 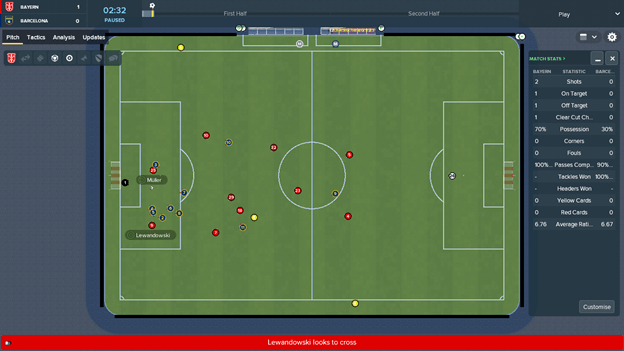 Particularly when using a striker with a false-nine or trequartista role, every member of the attacking five can get into the box to score. In an attacking sense, the formation can become a 5-0-5 formation, to totally overload the opposition. 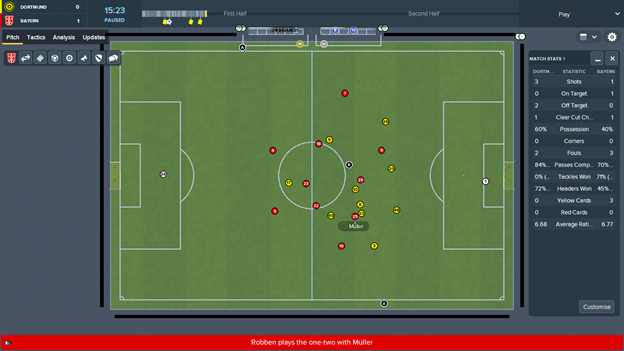 Or, as this image shows, a 2-3-3-2, in which the full-backs who have come into the CDM slot can easily return to the wide areas should possession be lost.

Assuming Muller should be about 10 yards forwards, but is a natural drifter, this image would show the 2-3-3-2 perfectly. Almost four perfectly straight lines across the pitch, with every player fully aware of where they need to move next should possession be lost.

The fluidity of this formation can change games, and can catch your opposition totally unawares. But, like Guardiola at Man City last year, if players are not intelligent enough to know their position, it simply won’t be as effective.