This formation is one I perfected many years ago, using Barcelona. In a division with minimal competition, winning the league isn’t cool. But breaking records is very cool, and the 2-4-3-1 can do just that. 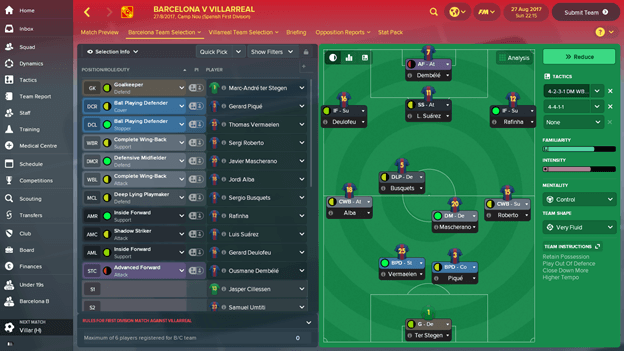 It’s horrifying to look at, asymmetric and should only be used by teams guaranteed to win the league, but this formation provides attacking fluidity that cannot be contained. The wing-backs are still wing-backs, so they will defend, and the CDM blocks the centre-backs, but the formation becomes a 3-1-6 on every single attack. 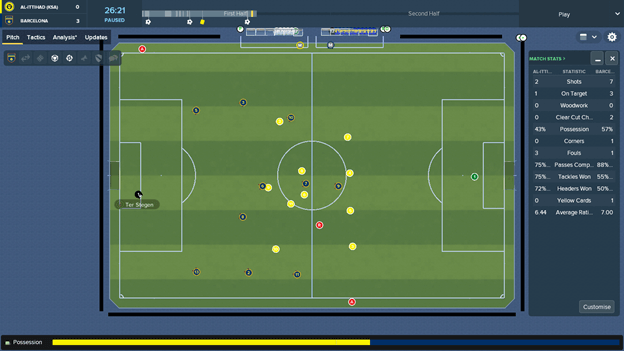 Here is how the side shapes up from a goal kick. The centre-backs split, giving opposition strikers no choice but to sit deeper, providing an immediate possession boost. The wings are menacing, with wingers ready to storm inside, and wing-backs itching to overlap.

This is why the formation only works with top, top teams. If your central players are anything less than world class, you will be overrun, and lose many games. But this setup, with high-quality players, scores goals for fun. 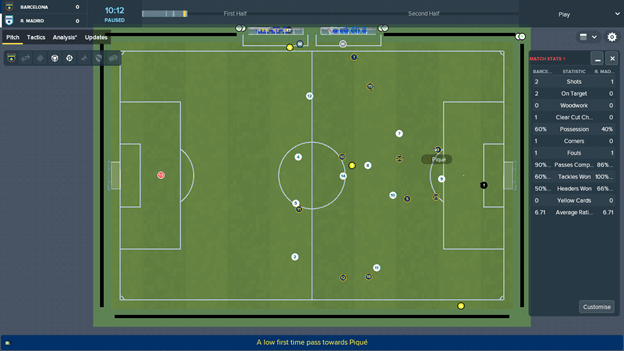 Here is how it works. The CBs and midfielders create a square, perfect for maintaining possession. The wide players lurk, unmarked as the opposition attack the central 4. 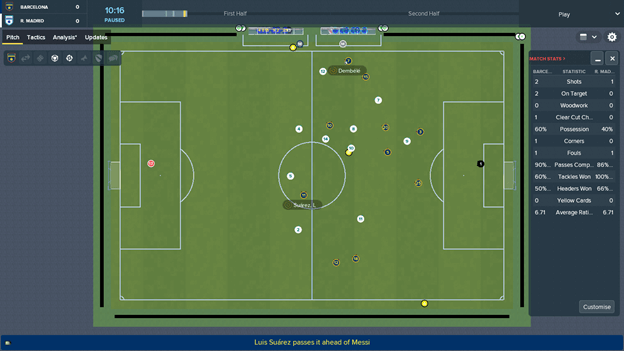 Once the ball finds its way to a winger, the attack begins. All opposition players have been closing the central four, ignoring the Barcelona front two of Messi and Suarez. If the winger has the quality to pick out the main striker, the attack is in full swing. 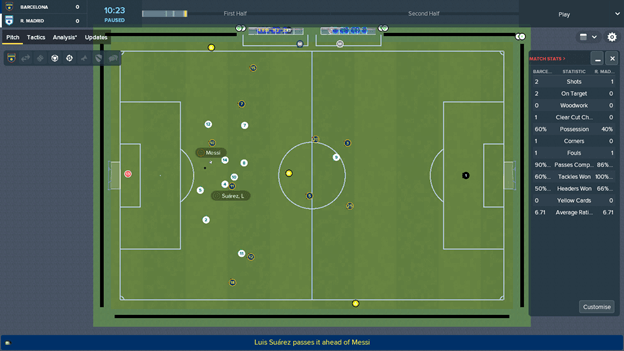 The key to this counter is that no Barcelona players have to move, except for Messi (CAM). The central four remain where they are, the wingers stay wide, and Suarez had the quality to wait for the CAM to move beyond him.

Most formations rely on a hefty midfield to carry the possession. This utilises a defensive midfield, and a pair of ball-playing centre-backs to retain the ball. 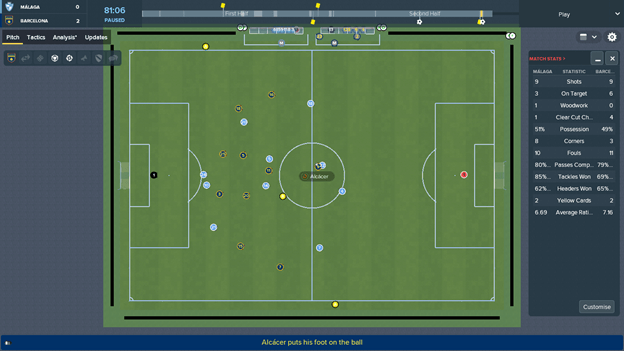 Again, this formation is all about the transition from defence, to produce a sudden attack. Here, the opposition have been sucked in once more, as the ball finds itself at the feet of the centre-forward. As support charges through from both wingers and both wing-backs, the opposition don’t know where to look. Alcacer can use the winger, to move the attack forward. 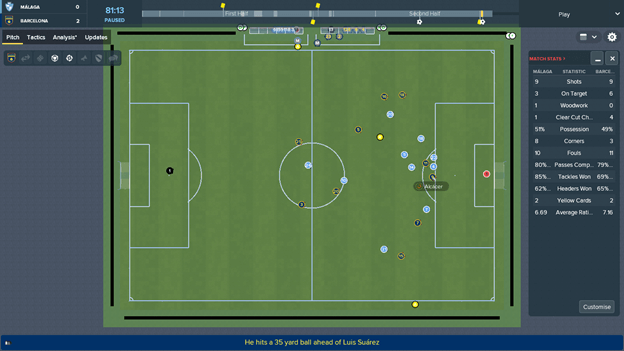 The onrushing wide men force the defence significantly deeper, opening up space for the CAM and striker. When the ball comes back through, therefore, there is acres of space for the striker to finish. 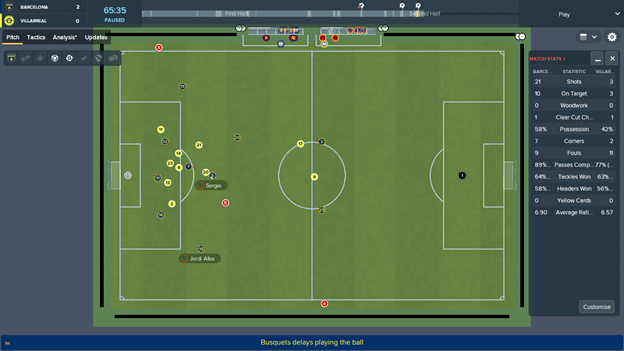 When in possession high up the field, those wingers can force their way into the box, opening up even more space for the wing-backs, as shown by this image. When the ball finds its way to Alba, there are three players in the six-yard box waiting to finish.

This formation is NOT to be used against sides battling you for the title, you will be torn to shreds. It is also off-limits to Premier League teams. But if you want your name in the record books, this is the formation for you.