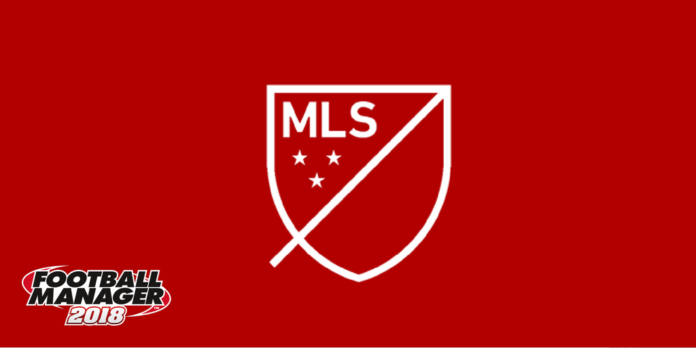 Now that we’ve covered the actual league structure, it’s time to move on to roster composition. What do you need to know when assembling your team for an upcoming Major League Soccer campaign? In this post, I will detail out what the roster rules are and describe different player categories on the roster.

A Major League Soccer squad consists of a bare minimum of 15 players in the match squad, but no more than 30 players, all of whom are eligible to be called up for your matchday squad. For the 2017 MLS season on Football Manager 2018, all teams have a salary cap of $3,845,000 per annum. While I, and I imagine most FM players, are more comfortable going by per week wages, since Major League Soccer counts their money by the year, for the sake of this guide we will show all of the numbers as yearly figures.

With the $3,845,000 salary cap that has been allocated to each team, how does one distribute it to players? The salary cap is applied only to the “on budget” senior players. These are going to be up to 20 players that you would consider the regular “core” of your team, and the maximum wage that can be paid to an individual player without using allocation money to buy down their contract is $480,635 p/a.

The “off budget” players – your 10 supplemental and reserve players, do not count against the team’s salary cap and are typically the players of lesser quality that will serve as backups to the more regular players. The four supplemental players must earn at least $65,000 p/a, the senior minimum salary, and reserves must earn at least $53,000 p/a, which is the reserve minimum salary.

There are several major player categories that will influence who you can and can’t sign for a team. Major League Soccer allocates eight international player slots to each team in the league. These slots are tradable in yearly increments, so some teams can be allowed more slots in a season and some can be allowed less. We will discuss “trading” between MLS teams in detail in the next post, so you’ll have to stick around to read about that.

Domestic players for US-based clubs consist of any player who is a citizen of the nation or has a permanent resident card, so FM18 will track who has the USA as a primary or secondary nationality as a “domestic” player. There’s no limit to the number of domestic players one can have on their team.

Generation Adidas is a program designed to foster the talent of prospective elite players from the US and Canada, and these are college students and young national team players that the MLS will sign into the league with special status and who will enter into the SuperDraft and can be considered as potentially higher quality than other players. Until they graduate from the Generation Adidas program, these players are registered as supplemental players on a squad and do not impact the salary cap budget. On Football Manager 2018, Generation Adidas players will be generated into the game for the annual SuperDraft as newgens, so you can only acquire such a player during the draft or via a trade. It’s not a contract or registration category that you can create yourself.

The last major player category to cover is the “Designated Player”. These players are senior players of significantly higher quality than other players in the league (think Beckham or Pirlo). These players only count against the salary cap for a maximum of $480,625 p/a, though the team can pay them significantly more than that if they can support the financial costs on their own. A “Young Designated Player”, who still counts as one of the three DPs for roster purposes, is a player younger than 23, with the maximum salary cap impact being $150,000 p/a for a player 20 or younger, and $200,000 for a player 21-23 years old. Clubs are allocated two Designated Player slots, though they can purchase a third from the MLS for $150,000 in allocation money, which is then redistributed to other teams in the leagues for the next season as part of their allocation fund.

Also, bear in mind that a club may use their allocation money to “buy down” the salary impact of a DP to no less than $150,000 p/a, which can help give a team room in the budget.

I’ve referenced the SuperDraft, trading, and allocation money numerous times in this update with no explanation, but if you are still with me at this point, then please stick around until we reach the third and final update, and we will go over the different methods of acquiring players within the MLS, and we will cover those topics and many more!

FMAdventure - July 20, 2017
0
Pre-Match PSV are somehow still odds on favourites away from home here being priced at 1/2. FC Twente have no injury or suspension worries today. Menno Koch is still 3 weeks away from his return, van Ginkel is an option for the bench. Oussama Assaidi’s impressive work rate...
Read more
Load more