During the late 2000’s, football saw a sharp decline in teams using 2 strikers. Managers realised that they could control the game better if one of those strikers sat permanently deeper, filling into the CAM role. This would give them more dominance in the midfield, without totally disregarding goalscoring.

Thus, the 4-2-3-1 became the most popular formation for teams all over the world. In recent seasons this reliance has declined, but 4-2-3-1 is still one of the most recognisable formations on a football pitch.

One of the teams that continues to use this formation regularly is Inter. And with a dynamic front four of Candreva, Mario, Perisic and Icardi, it’s easy to see why. 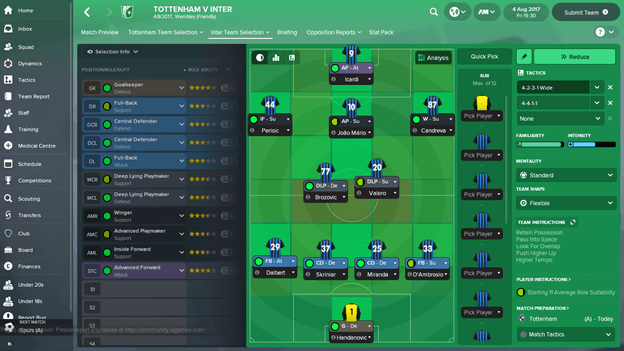 As the new FM18 tactics screen shows, there is a clear space for the opposition to exploit. There is a distinct gap between the midfield and the centre backs, that an opposition CAM can squirm into.

The key aspect of 4-2-3-1 is to be the one in control, so that the opposition can’t push forwards far enough to exploit that gap in the final third. 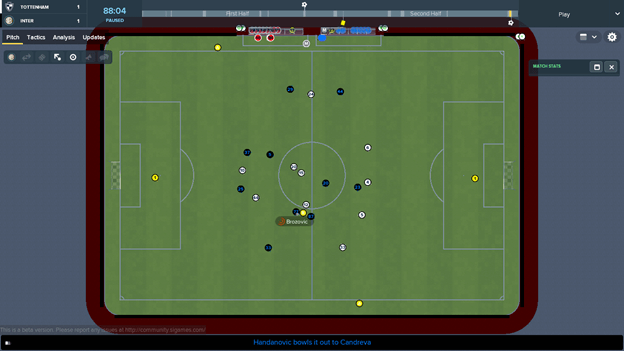 In this example, the opposition have pushed too far to exploit our defence, and as a result, have now left themselves flat-footed as we come forward 5 on 4. 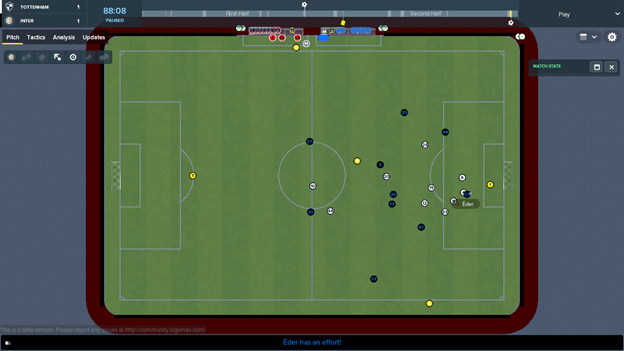 A through ball over the top releases the striker for a relatively simple goal.

The flaws in the formation are still clear. It doesn’t have the aggressive attacking nature of 4-4-2, and is less disciplined defensively than 4-1-2-3, so unless you have control of the game, things can get ugly. 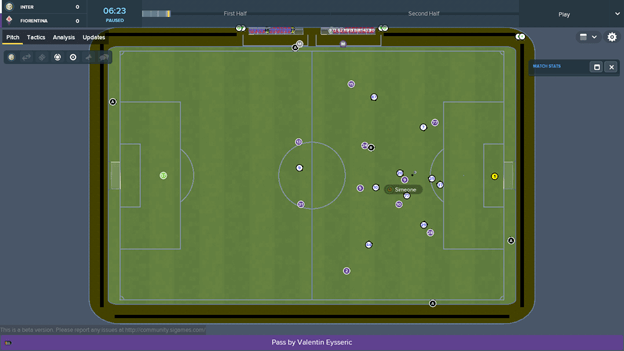 This example perfectly encapsulates the defensive flaws of 4-2-3-1, as the opposition CAM gets between our midfield and defence, to create an easy change for the opposition winger.

However, 4-2-3-1, in general, particularly at home or against weaker opposition, can be the perfect formation to dominate the play. 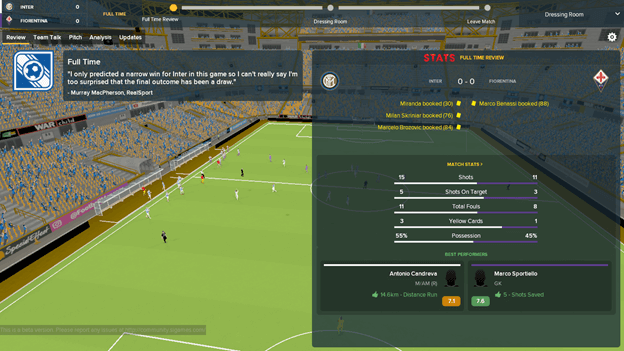 Fiorentina are not shabby opponents, and even while playing a very direct passing game, the formation allowed us to maintain most of the possession, while also getting more shots away.

While a CAM is certainly less aggressive than a second striker, the linking of CM’s and the CAM can create an overload if the opposition is unaware.

Particularly when using a talented lone striker (like Mauro Icardi), it is possible for them to use their individual ability to hold up the ball, and allow all of their teammates to attack from deep. 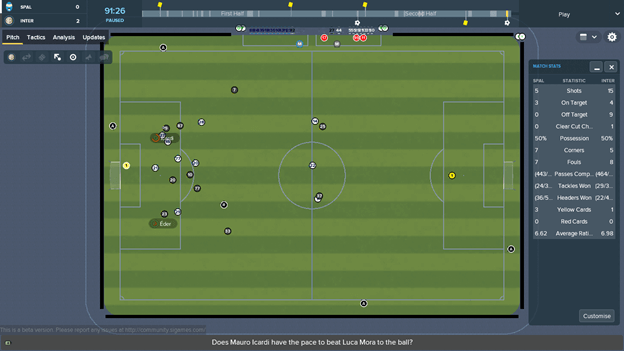 This is in the latter stages of a game we were already winning. Icardi picked the ball up in the D of the box. By running diagonally, all three central players behind him overloaded the space created in the box.

As the defence moved in to mop this up, Eder was unmarked at the back post, who stuck it into an empty net.

Like every formation, it’s about getting the balance right. Using deep-lying CM’s is a good start with 4-2-3-1, to minimise that half space for the opposition attackers, as well as keeping wingers wide to stretch the pitch.

However, if there’s anything that led to the longevity of 4-2-3-1, it’s the versatility, so it can be manipulated to suit your style of play, and your quality of player.