So, FM18 is upon us. Plenty of new features, updated squads and another year of managerial challenges. Before any new player gets their teeth stuck into a save though, they have to make a few early decisions. Who to manage, who to sign, and what formation to use.

This weekly guide will analyse the advantages and disadvantages of a number of different formations for use in Football Manager. Luckily, FM18 has a number of features that make it easier than ever to assess your team’s formation.

First up, one of the most commonly used formations in modern football, 4-1-2-3. A flat back four, CDM and two CMs in the middle, with an attacking trio up top.

To showcase this setup, I’ll be using Manchester United, one of the few teams left in the Premier League at least who consistently utilise 4-1-2-3. 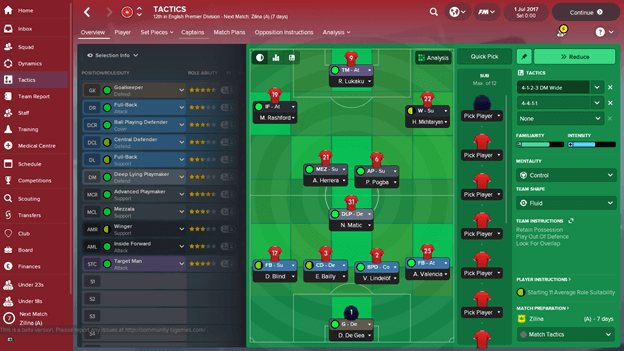 This is the line-up we’ll be using this week. The emphasis on midfield domination means that the central areas are generally well contained defensively, and the use of an advanced playmaker (Pogba in this scenario), means that the attack is well supported in possession.

This gives more freedom to the full-backs to push on, safe in the knowledge that a cross put in by an opposition winger should be swept up effectively by the packed central players.

In this scenario, the wingers tend to drift inside, giving even more space to those overlapping full-backs. This can be seen in the following screenshots from a pre-season friendly game. 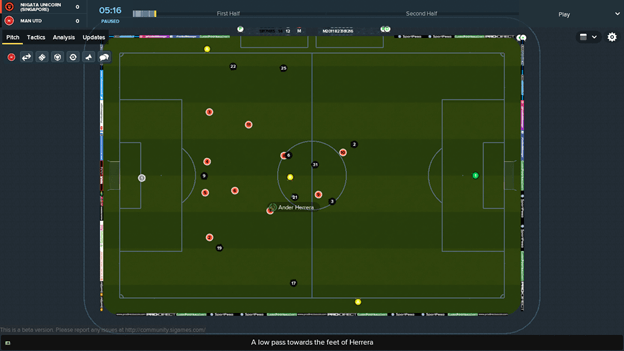 This is the team about 15 seconds prior to scoring. The formation is clearly laid out as we maintain possession.

This is the attack 11 seconds later. The midfield has maintained their shape, but Mkhitaryan has now pushed inwards into the box, in the CAM spot, which gives Valencia that overlapping space for a cross to Rashford. 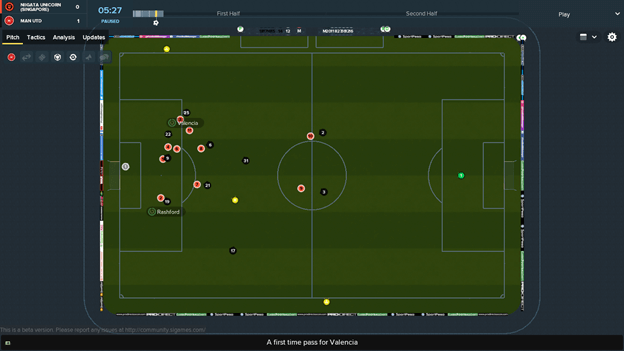 In defence, the CDM shields the centre-backs from deep-lying forwards, such as Benzema for Real Madrid. It also protects against an opposition CAM, although in this example Madrid chose against it. 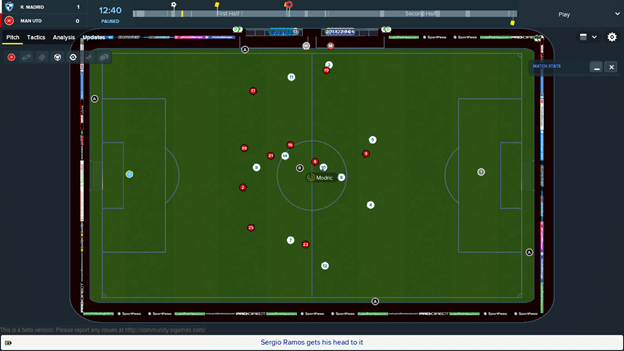 As this screenshot shows, the use of fullbacks and wingers protects against opposition overlaps. The three-man midfield means that the opposition have to play wide, where you can double up on their attackers.

Despite the lack of naturally central attacking players, 4-1-2-3 can still exploit those areas in the final third. 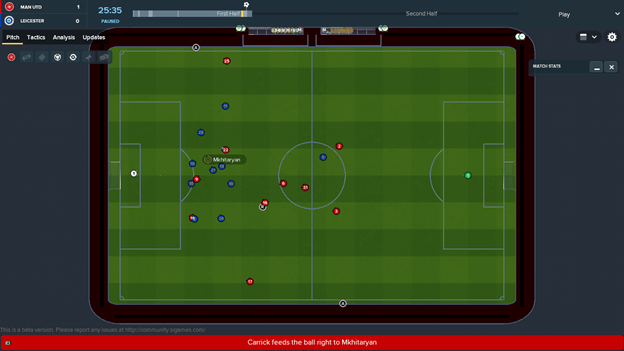 In this clip against Leicester, the away side are sitting deep, to prevent us from creating chances. This gives the attackers freedom to roam from positions. In this instance, Mkhitaryan has moved into the CAM spot, drawing the opposition midfield towards him.

Within ten seconds, he sprayed it to Valencia, who got the ball into Lukaku. The disarray caused by the horizontal runs from Mkhitaryan and Rashford meant that no one picked up the Armenian for the knock-down, who scored from 10 yards.

This demonstrates the versatility of this formation. As mentioned earlier, FM18 has a number of new features to help analyse which formation works best for you.

Like many formations, 4-1-2-3 has a number of pros and cons. The aim of this guide is to indicate just what these pros and cons might be, to find the formation that best suits your style.