After narrowly missing out on a World Cup play-off place we’re raring to go for the 2008 European Championship Qualifiers. Don’t forget to check out Henry’s real-life review of that 2006 Qualifying Campaign over on That Football Daily.

We’ve yet again been drawn in a group with Bulgaria, alongside them are (expected group winners) Italy, Greece, and Albania. It’s tough to judge this group but 3rd should be a suitable target, with 2nd a possibility if luck goes our way.

A bit of bad news for selection as Neil Lennon and Michael Hughes both retire from professional football.

Jeff Whitley is in as a replacement for Neil Lennon while Dean Shiels takes Michael Hughes’ place in the starting line up. Stephen Young deputises for the injured Steve Lomas. 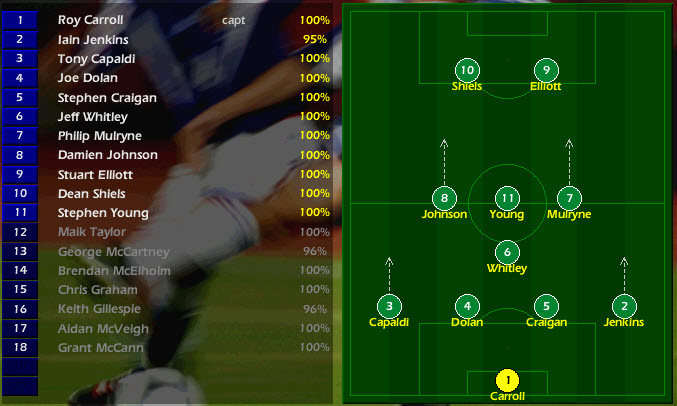 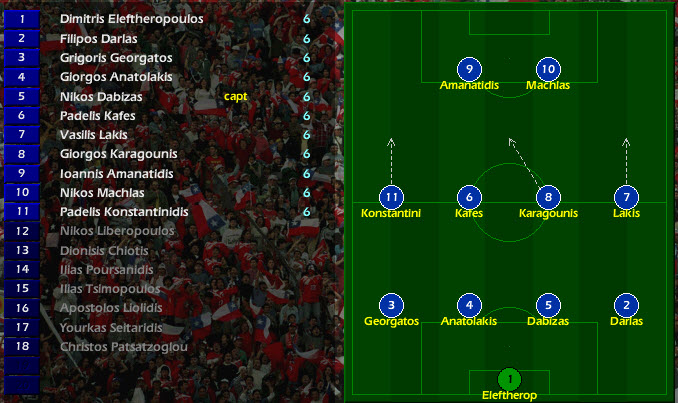 A great start for the home side as debutant Dean Shiels scores a screamer from 20 yards, 1-0 Northern Ireland. From that point, Greece commit men forward at every point possible but Northern Ireland deny them a first-half equaliser. The Greeks do manage to level the game on the hour mark as Nikos Liberopoulos finds a few yards of space to strike low to Roy Carroll’s left, 1-1. The final 30 minutes is dominated by Northern Ireland as they look to restore their lead but the match finishes a fair 1-1 draw.

A trip to reigning European Champions, Italy, is next. The only change to the line-up is one enforced at left-back due to Tony Capaldi’s injury. 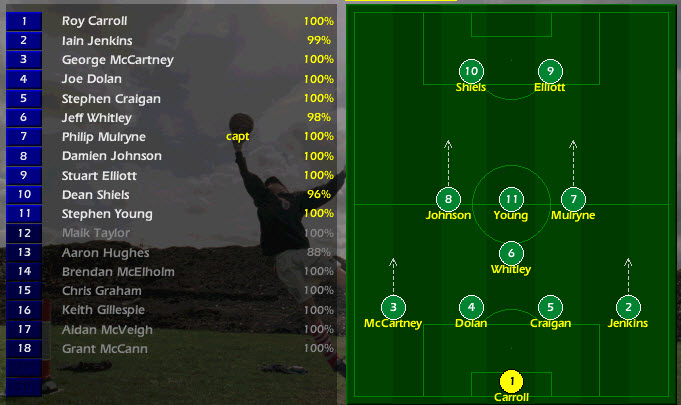 Inzaghi and Vieri have more goals between them than the entirety of our 26 man squad… fun! 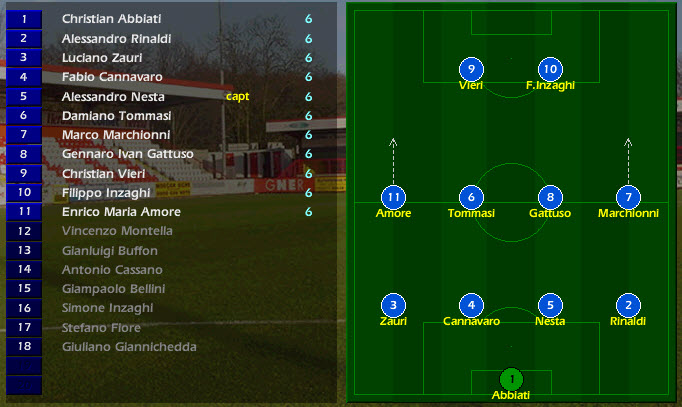 Italy have us pinned back in our own half for the entirety of the first 45 minutes but Roy Carroll is having the game of his life. Just as we look to head into the break on level terms, Gennaro Gattuso pounces on a low cross into the area, 1-0 Italy. Just as Northern Ireland look to be building momentum in the second half, Italy double their lead through Filippo Inzaghi. It finishes a modest 2-0 to the Italians.

A few more changes today due to injuries, a debut for Dean Burns in defence and Steve Lomas returns. Mulryne misses out through injury. 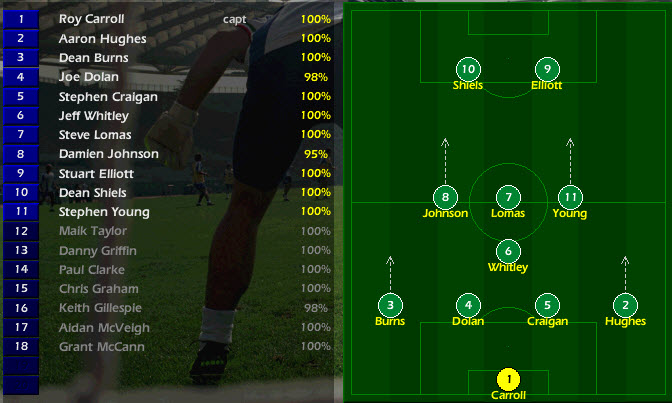 Another one of those odd formations today for Albania. 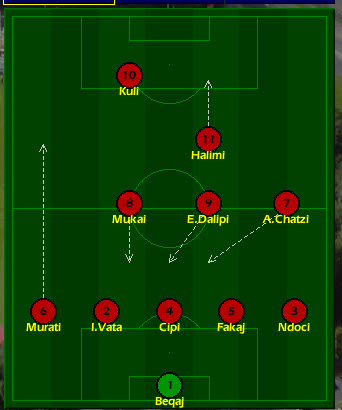 Northern Ireland look to be back to their best as they take a 2-0 lead into half-time through goals from Stuart Elliott and Steve Lomas. Stuart Elliott makes it 3-0 on 66 minutes with a superb header. With seven minutes to go Steve Lomas joins Elliott on a brace as he runs clear to slot the ball home and secure a 4-0 victory!

This is our fifth meeting with Bulgaria in the last five years with each side winning on two occasions. No changes are required for our starting line-up. 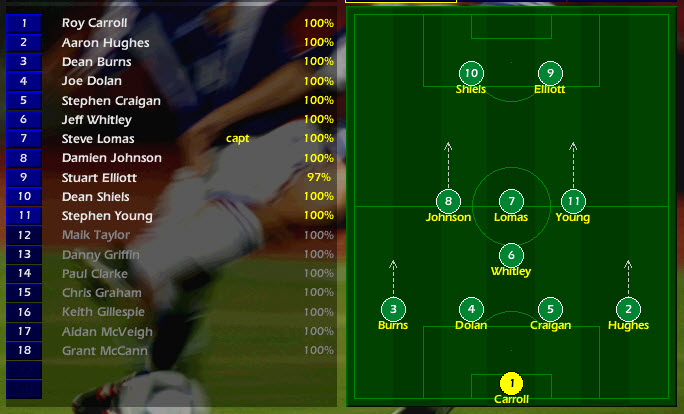 We already know the trouble this team can pose given our 2-0 loss to them in the most recent meeting. 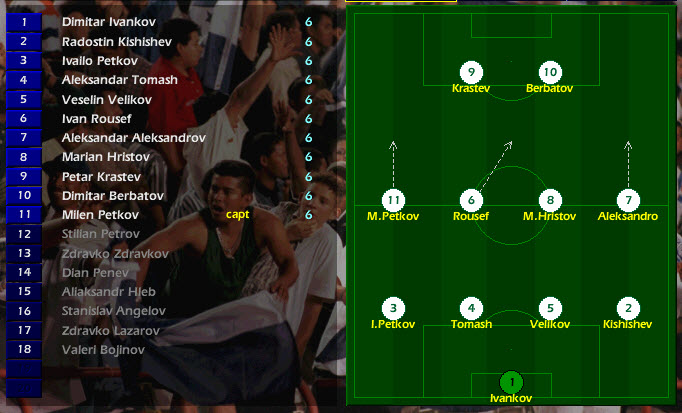 The Referee does everyone a favour by bringing a boring first-half to an end at 0-0. Dimitar Berbatov gives Bulgaria the lead just four minutes into the second-half and four minutes later Petar Krastev makes it 2-0. Northern Ireland react brilliantly as Stuart Elliot pulls a goal back on 55 minutes. Northern Ireland look impressive as the game nears its conclusion but they can’t find an equaliser, the worst coming as Stuart Elliott squanders a glorious chance in the final minute!

The IFA have arranged a November friendly against Israel to finish off 2006 for us. As always, it’s an opportunity to try out a few of the fringe players.

The Bulgaria result was a slight disappointment but at the halfway point of the group, I feel we’re still adequately placed to achieve our aims.