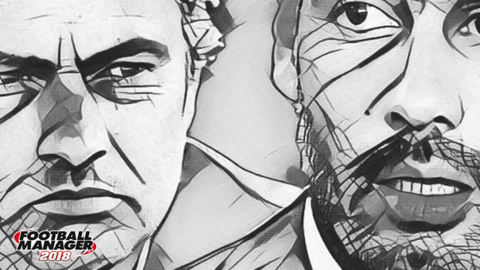 Gameday as our 2 managers meet for the very first time! 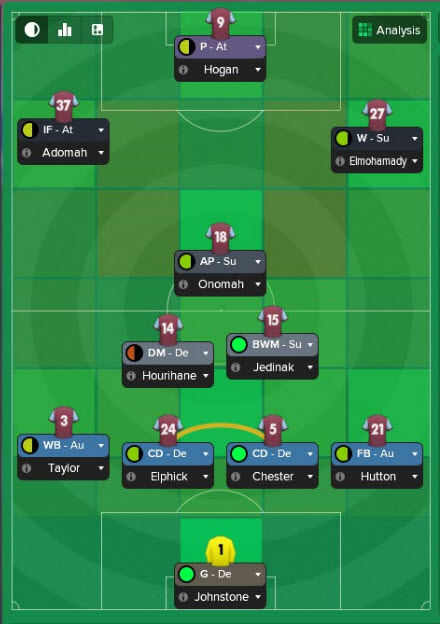 Whilst Garrido has opted for the following: 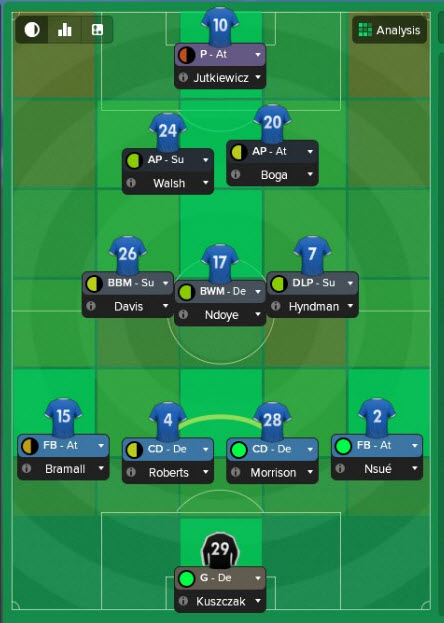 2.25 – Elmohamady crosses low into the box, easily dealt with by Roberts

5.08 – Scott Hogan crosses the ball in and Adomah heads over from 7 yards out.

9.02 – Onomah robs Boga of the ball in the middle of the Birmingham half, skips past a Birmingham midfielder and blasts a shot straight at Kuszczak from the edge of the box

9.37 – Nsue takes a throw in next to the Villa penalty area. He throws it to Boga who heads the ball back to Nsue. Nsue plays a square ball to David Davis who leathers the ball into the top of the net from 20 yards out! 2-0 to Birmingham!

10.40 – Boga runs the ball down the right hand side and squares into the box but it’s straight at Johnstone who claims easily.

11.21 – Hyndman floats in a free-kick. Jutkiewicz heads the ball at goal but it’s a tame effort and Johnstone easily holds it.

29.03 – Elmohamady hits a delicious 45 yard ball in behind the Birmingham defence to Hogan, but he’s caught just off-side. Free kick.

30.53 – Nsue plays a fantastic through ball to Boga, who smashes it on the volley at goal, but it’s straight at Johnstone who saves comfortably.

39.10 – Adomah plays a perfect ball behind the Birmingham defence, Hogan gets onto the end of it whilst onside, takes the ball into the area only for Roberts to make a last ditch sliding tackle, sending the ball out for a corner – fantastic by both teams!

39.39 – The corner is floated in and Elmohamady gets his head to it, heading over by mere inches!

42.54 – Alan Hutton oes through the back of Bramall horribly, and the referee sends him off! A horrible first half for Villa gets even worse. Hourihane comes off for Bree as Villa switch to a 4-4-1 formation.

Half-Time: Birmingham must be immensely proud of their first half, 2 fantastic goals and getting a Villa player sent off all but seals the victory with half the game still to play. Villa must look to contain the damage now as realistically there’s not much for them to get from this game now.

47.25 – Boga lines up a free kick 30 yards from goals and has a shot but it flies harmlessly past the post.

56.59 – Bramall pings a cross off Bree for a Birmingham corner.

59.43 – Mitchell plays the ball down the channel for Adomah, who crosses into the box. The ball falls to Elmohamady but he puts it wide of the post. Villa’s best chance yet!

68.33 – Some sensational one touch passing leads to Walsh taking a long-range shot which Johnstone acrobatically tips over, corner for Birmingham!

85.00 – James Wilson gets behind the Birmingham defence and has a shot at goal from close range but it’s tipped round the post! 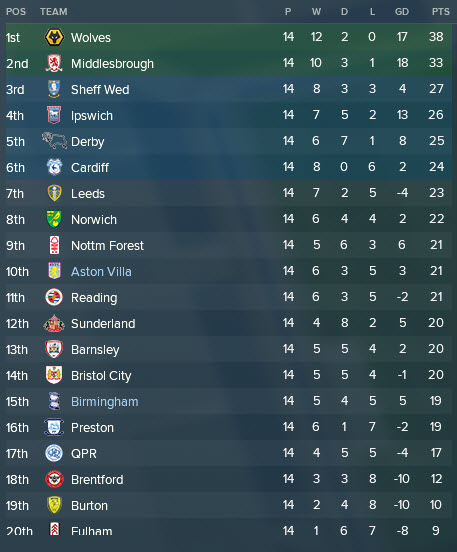 It’s first blood for Garrido as his Birmingham side triumph 2-0 at St Andrews. Both sides are seeing pretty similar results and are just 2 points away from each other. Find out next time what happens in the next 16 games, before both managers meet again…