Porto’s lack of attacking threat has left them seriously lacking in the Premier League and, unless things change quickly, could miss out on European football next season. They currently lie 7th in the table and are four points away from even a Europa League spot. It is then a further three-point gap to the Champions League places.

After finishing second last season the fans would have hoped to kick in and be a closer challenge for Sporting but their lack of attacking threat has killed any chance of taking the title. 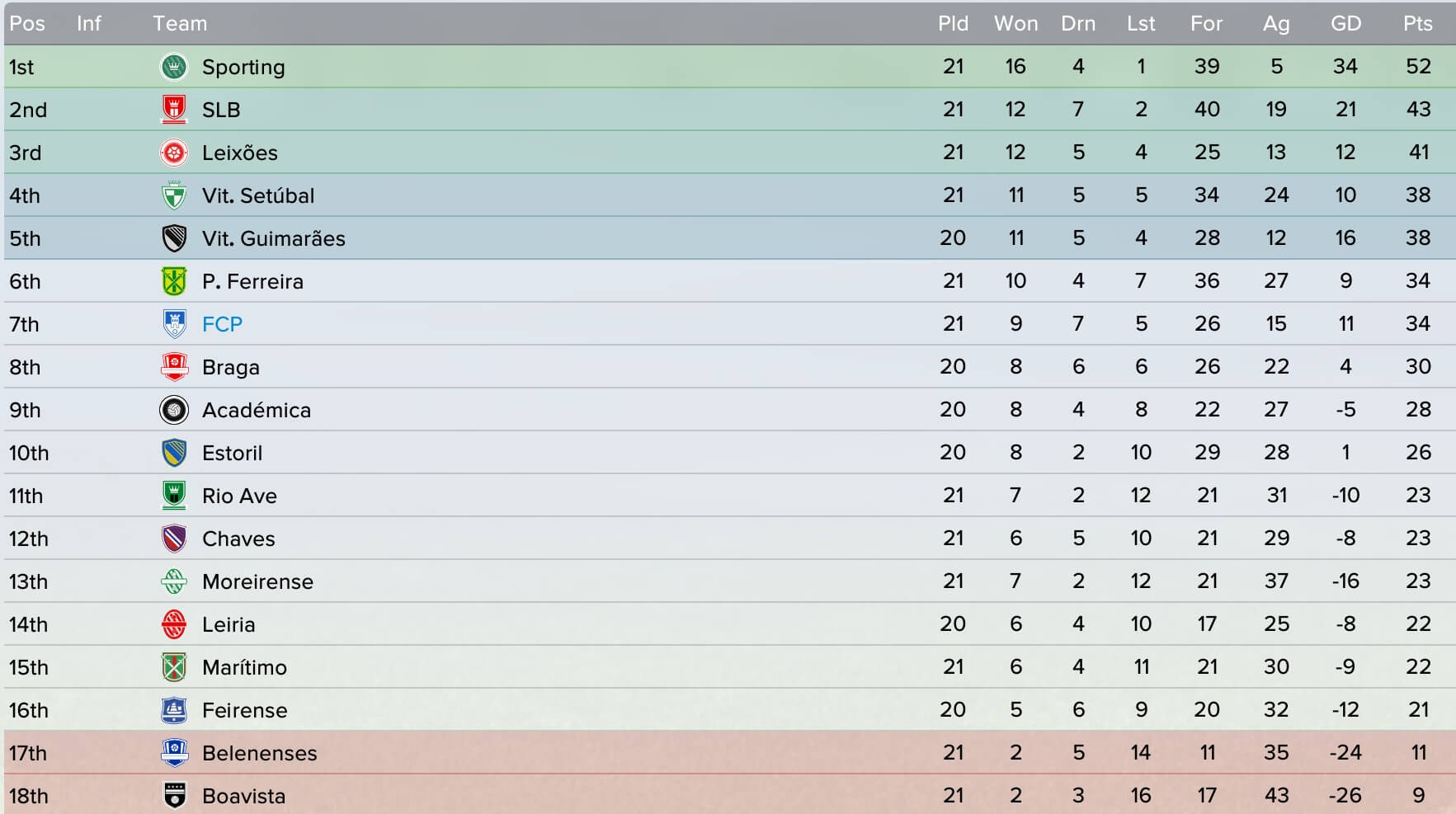 Only one side in the top 10 have scored fewer goals in the league this season and Porto’s 26 goals in 21 games is not good enough. They do, however, have one of the better defences in the league conceding 15. Ten clean sheets in the last 12 games is a real positive, but the clear issue is the other end. Four goalless draws over that spell have all but ended their title hopes and put the manager at risk. 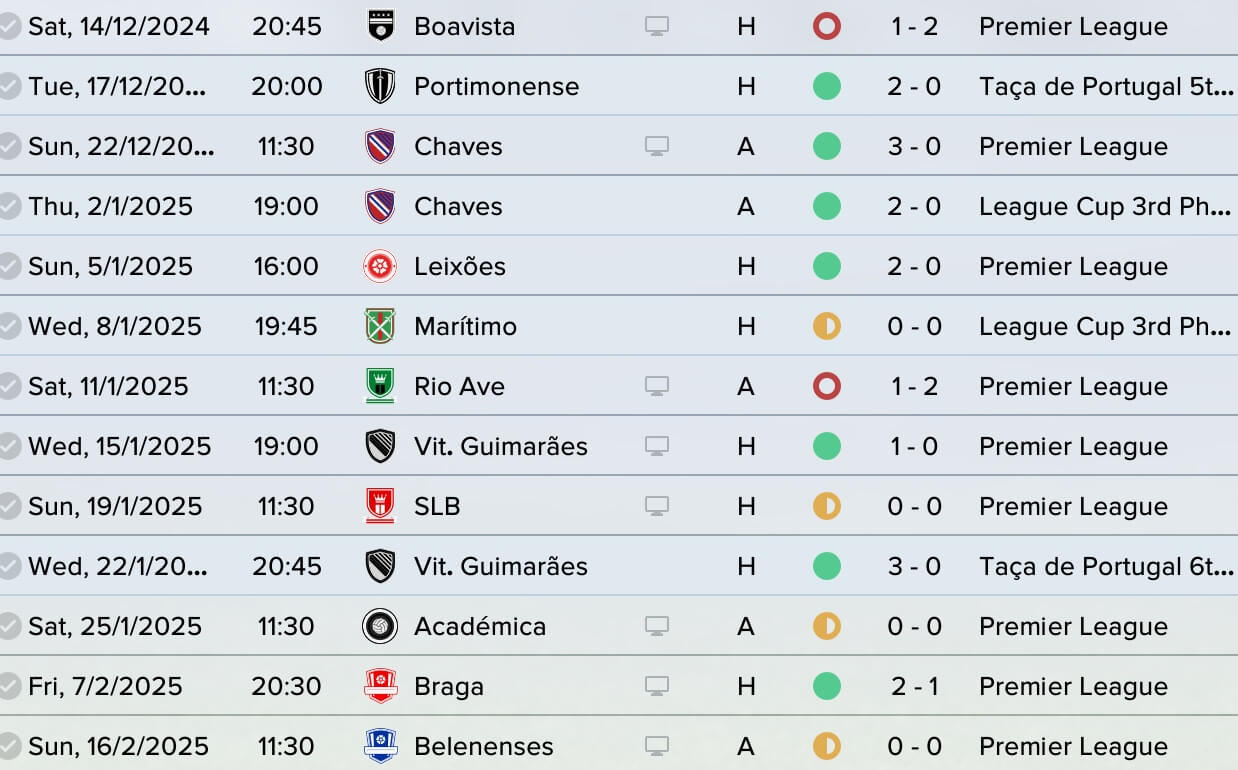 In an effort to try to rectify the lack of goal threat, the management team have been working hard on developing a new tactic. In the past year, Porto have mainly played a 4-1-4-1 but this lacked penetration in the games they should be winning against the sides lower down the table. Since mid-October though, the side have started to line up a little more aggressively, but it has not always had the desired effect, as recent results have shown. 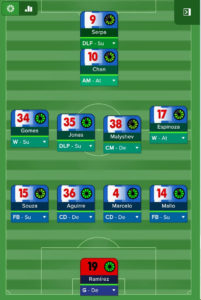 The 0-0 draw in the league cup at home to Maritimo was particularly hard for fans to take as this meant elimination from the competition early. Porto are still in the Taça de Portugal though and look forward to a two-legged Semi-Final with Sporting. This will likely be the biggest test for both sides as the other semi is not as strong.

Leading scorer Hugo Serpa is currently unsettled at the club which, again, has not helped in the goal scoring department. Bayern Munich made a bid for the young Brazilian in the January transfer window but the player was not allowed to leave. This is likely to be due to the fee not being agreed between the two clubs. A reported bid of £28 million pounds was made, but this is just £3 million more than Porto paid so it comes as no surprise that the player was not allowed to discuss terms. As the forward sulks on the bench his replacement, 19-year-old Colombian Jhon Gomez is lighting up the side, scoring four in his last six games. 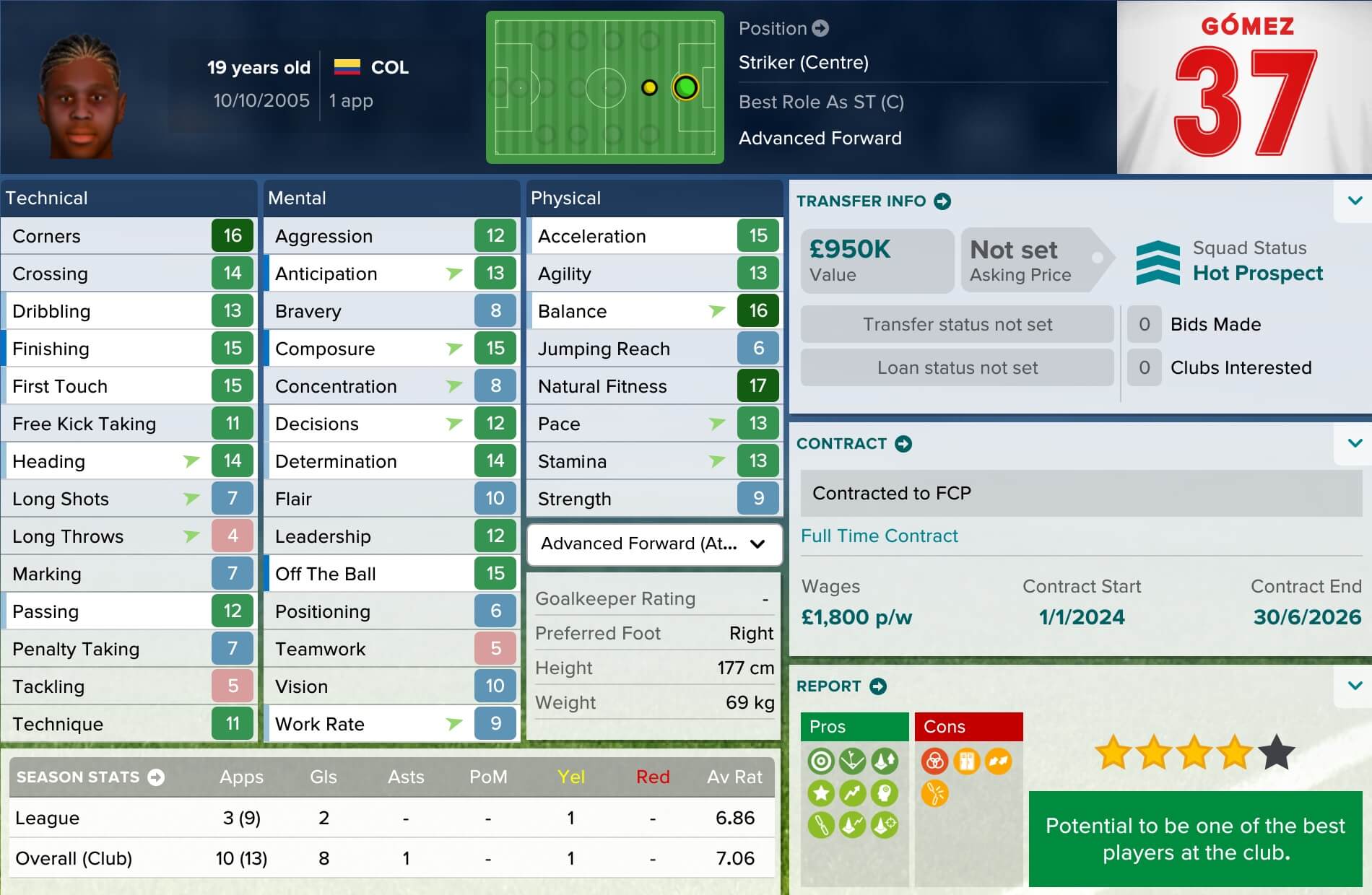 The next week really will tell whether the manager will still have a future at Porto beyond this season. With a respectable finish in the league looking like a big ask and elimination from the league cup the manager may come under closer scrutiny soon. Over the coming week, Porto play their first knockout leg against Liverpool and Sporting in the Taça Semi-Final. Bad results in both of these may end Porto’s season early March. 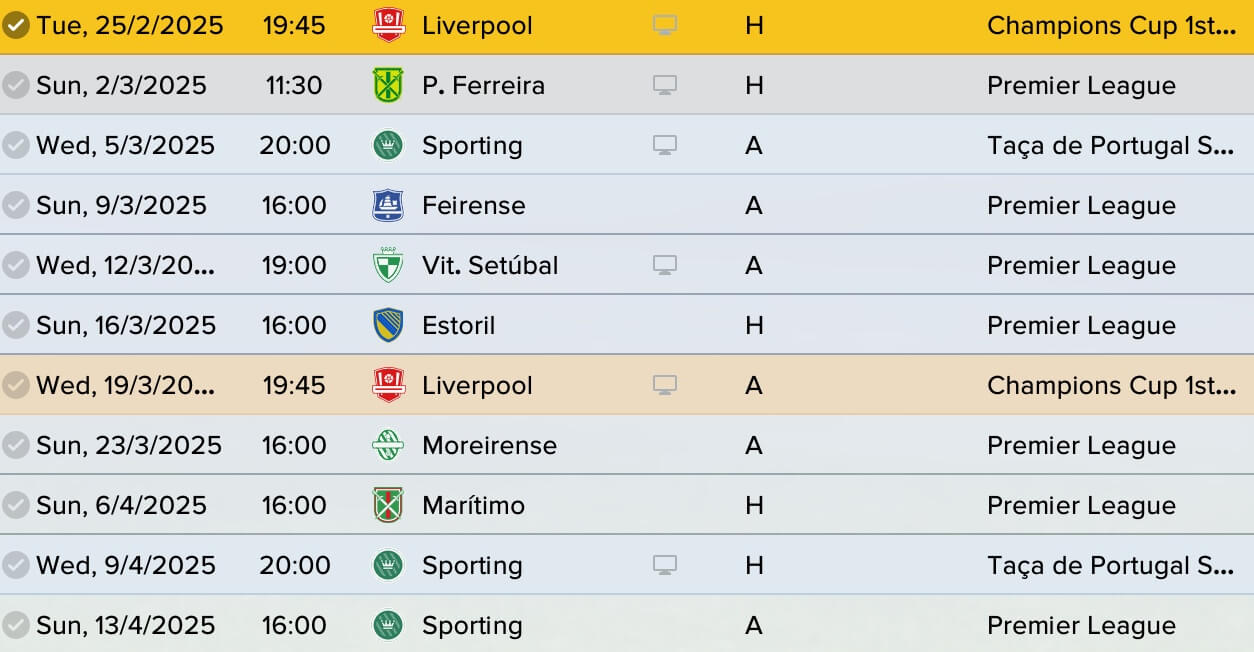