For our final friendlies of my first pre-season at FC Saxan, we hosted the July Trophy. Though a meaningless competition, it had two kinds of value for us.

First, it helped us get pretty well everyone match fit.

Second, it produced a learning point — if an unwelcome one. It confirmed my suspicion that Gulberdiyev, our youngish centre-back, is a potential liability. 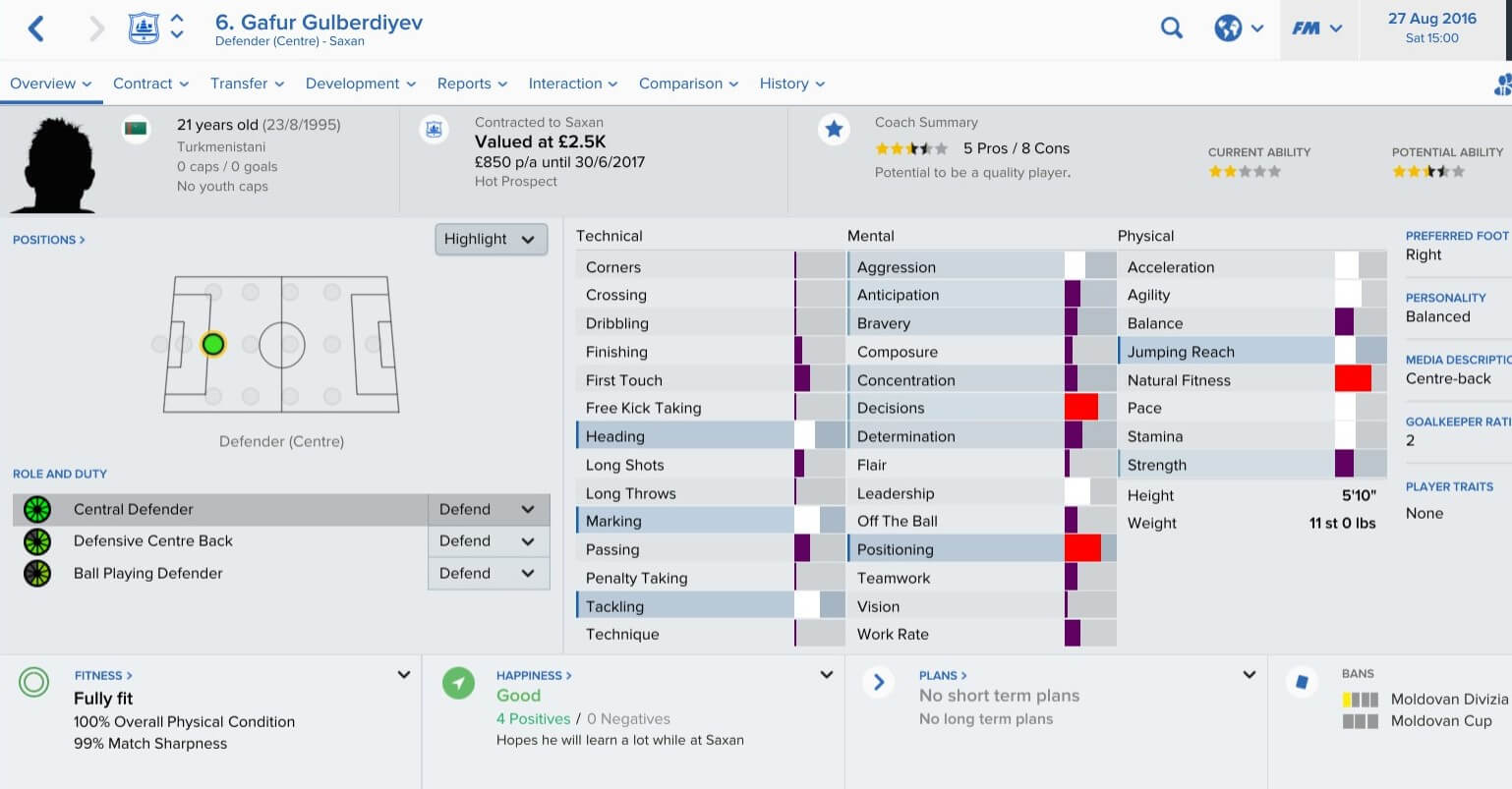 Lack of concentration saw him leave a player unmarked for each of the first two goals we conceded in the final. Then he just went to pieces – no composure at all — and for good measure conceded a penalty. Match rating closer to 4 than 5.

Ceadir Lunga, we have a problem. If you know a centre-back who’s willing to come to southern Moldova for no money at all, give us a buzz – now.