PSV will have to pick themselves up after what can only be described as a bottle job of Spurs proportions! The KNVB Beker Final between these two Goliaths of Dutch football takes place at Feyenoord’s De Kuip stadium. Ajax are favourites with odds of 6/4 but could PSV spark something of a late revival to their season and give cause to punters willing to take a chance on their odds of 13/8?

Ajax are missing young Colombian centre back Davinson Sanchez due to injury.

PSV are a team in crisis on the pitch. Davy Propper and Jetro Willems are suspended, Andres Guardado and Joshua Brenet are both injured and Nicolas Isimat-Mirin is still not fully match fit. This all ties into a return to a conservative 4-1-4-1. 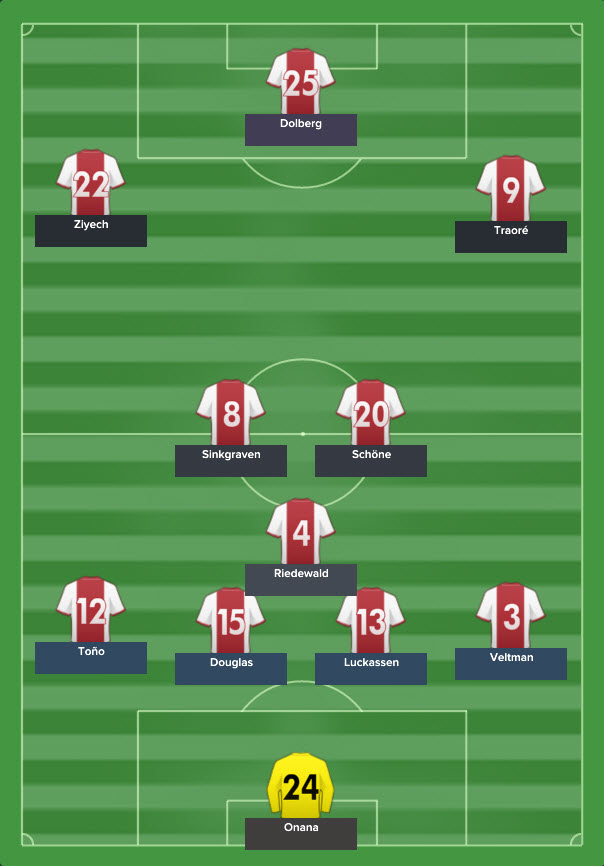 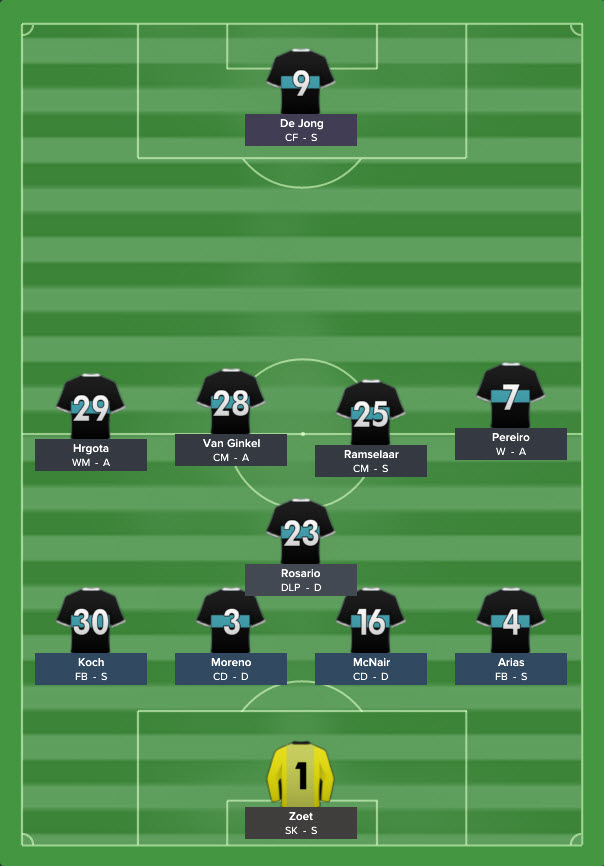 The early parts of the game fulfil every characteristic of a cagey cup final fixture. Both sides are reduced to trying to retain possession with no real chance of note in the entirety of the first half.

Kasper Dolberg goes closest when his strike from 18 yards hits the post but the assistant had his flag up for an offside.

PSV haven’t even managed a shot today! Ajax have had 9 shots of their own but their finishing has been poor. 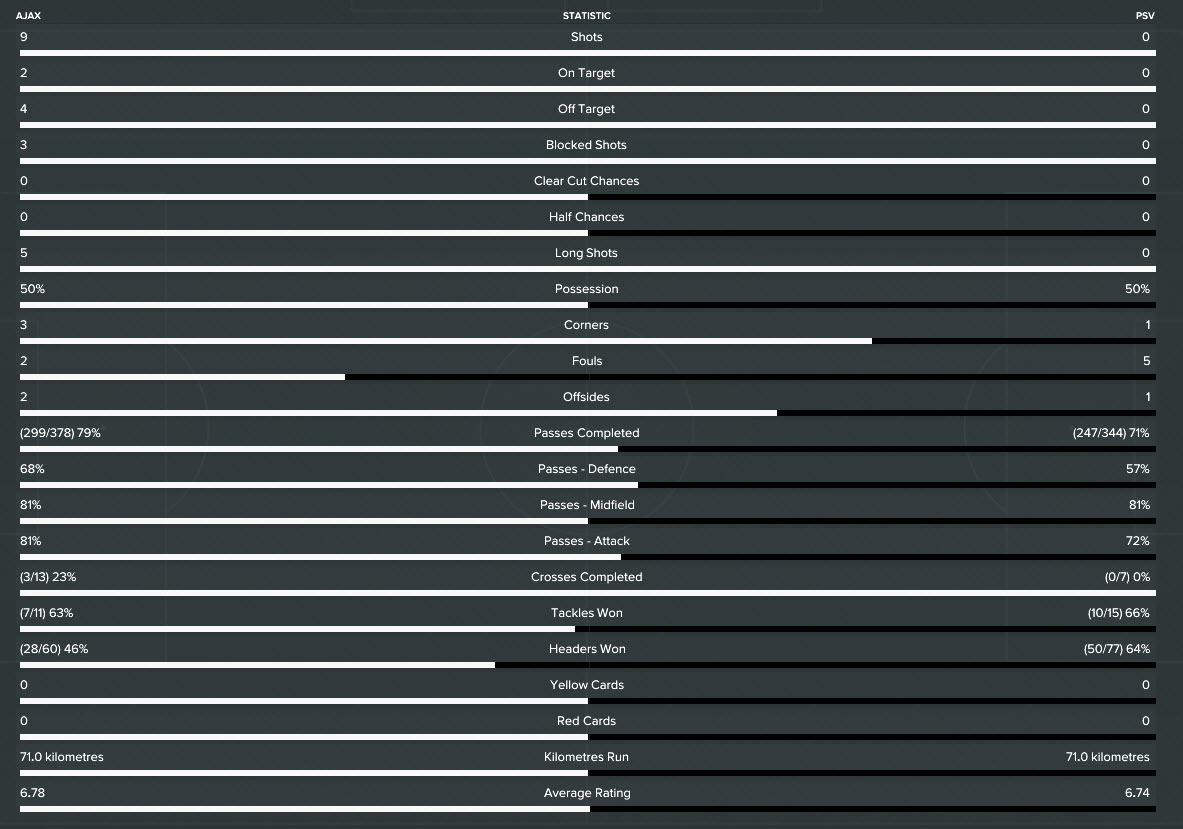 Daniel Schwaab replaces Branimir Hrgota and moves to right full back. Arias moves up to the right midfield slot and Gaston Pereiro switches to the left. It’s all aimed at trying to get Arias more involved down that right wing.

The half time switch seems to make a difference immediately as Santiago Arias gets himself involved in two early attacks. The first, a threaded ball through to van Ginkel who shoots marginally wide. The second attack sees Arias receive the ball in the box for himself, sadly Onana makes a terrific save.

The good vibes only last 10 minutes when David Neres receives the ball outside the box and shoots, the power on the shot is too much for Zoet and Ajax take the lead! 1-0 Ajax. 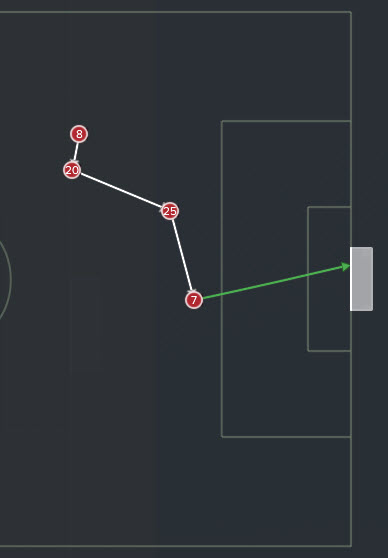 In a move of desperation Luuk de Jong is replaced by Sebastian Haller with 25 minutes remaining as PSV look to their record signing to bring something special to the game.

Disbelief takes over De Kuip! Santiago Arias takes the ball down the right wing and crosses, Haller rises high and heads in an equaliser just 4 minutes after taking to the field! 1-1! 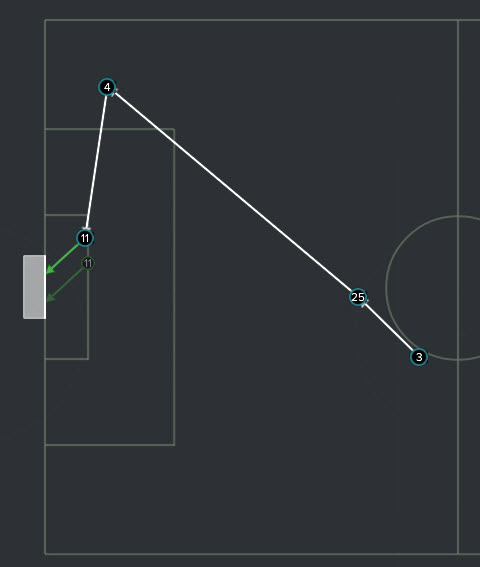 Ajax switch to a flat 3-4-3 to attack in the final moments of the game. PSV switch to a more counter focused mentality to attempt to soak up the pressure and hit their opponents on the break.

Ajax throw attack after attack at PSV but the Eindhoven side stand firm. Extra Time awaits!

It would be fair to say that PSV don’t deserve to still be in this but a rallying cry is boomed out in the dressing room. 30 minutes to restore pride! 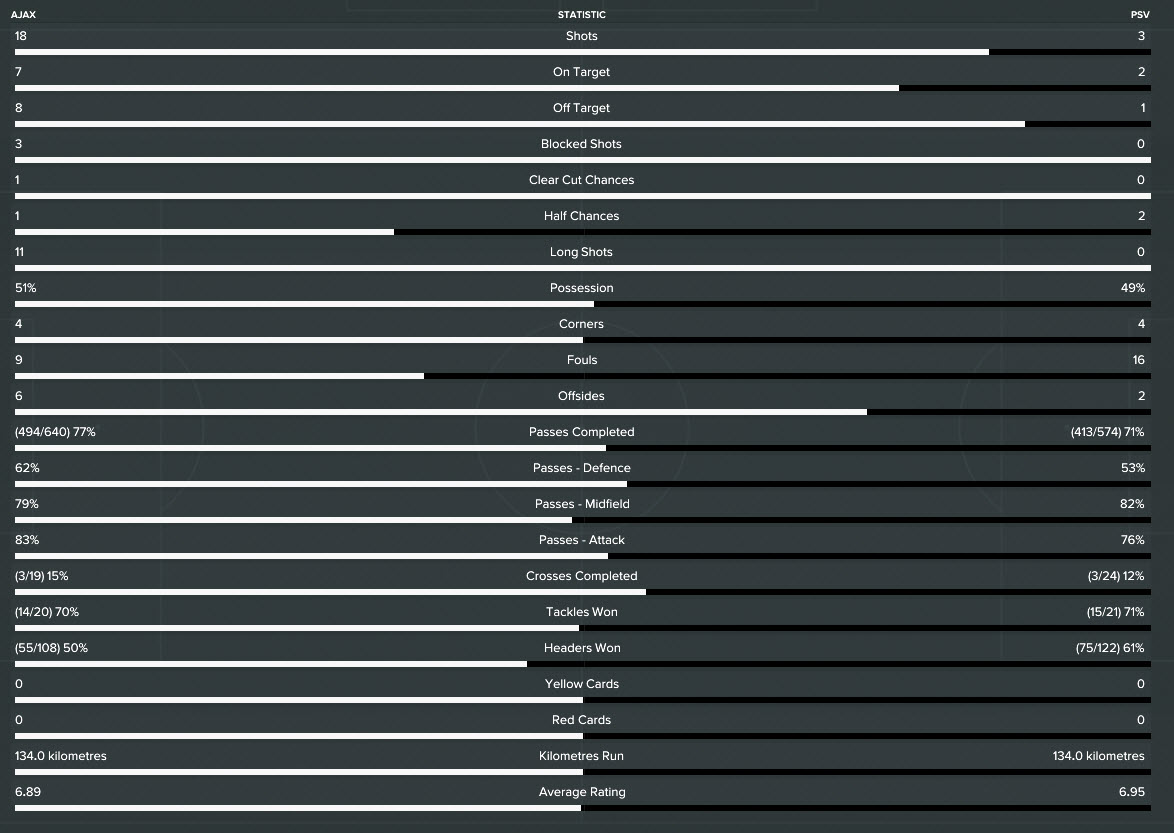 Ajax come firing out in extra time with a higher intensity that we’ve seen from them all day but they still can’t find a way through a now resolute PSV defence.

In the second half of extra time PSV decide to go all-out attack. A method that bears fruit almost immediately! In the 107th minute of play Bart Ramselaar sends a searching ball to the right wing for Gaston Pereiro, who had swapped positions with Santiago Arias, to chase. The winger takes the ball down and squares it for Sebastian Haller who drives the ball home! 2-1 PSV! 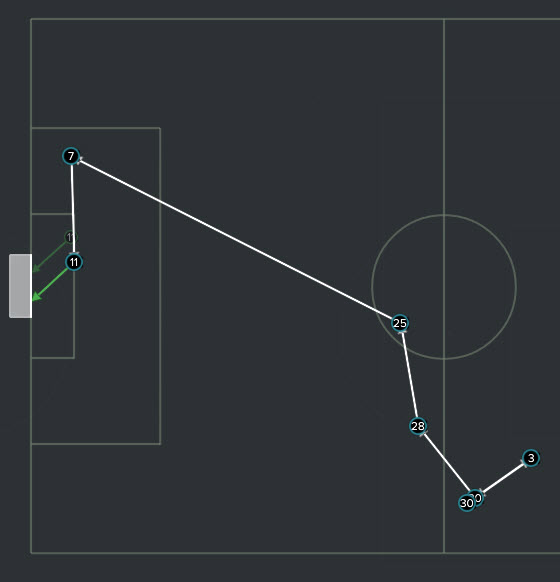 Siem de Jong replaces Pablo Rosario and van Ginkel goes into the holding midfield role as PSV switch to a defensive mentality to shut the game down!

The nerves are jangling in the stands but certainly not on the pitch as PSV are now playing with a swagger, passing the ball about the defensive third of the pitch. Ajax can’t find the answer and PSV secure a much needed victory!

It certainly won’t go down as one of the classic PSV performances but what a turnaround and what a man to do it! 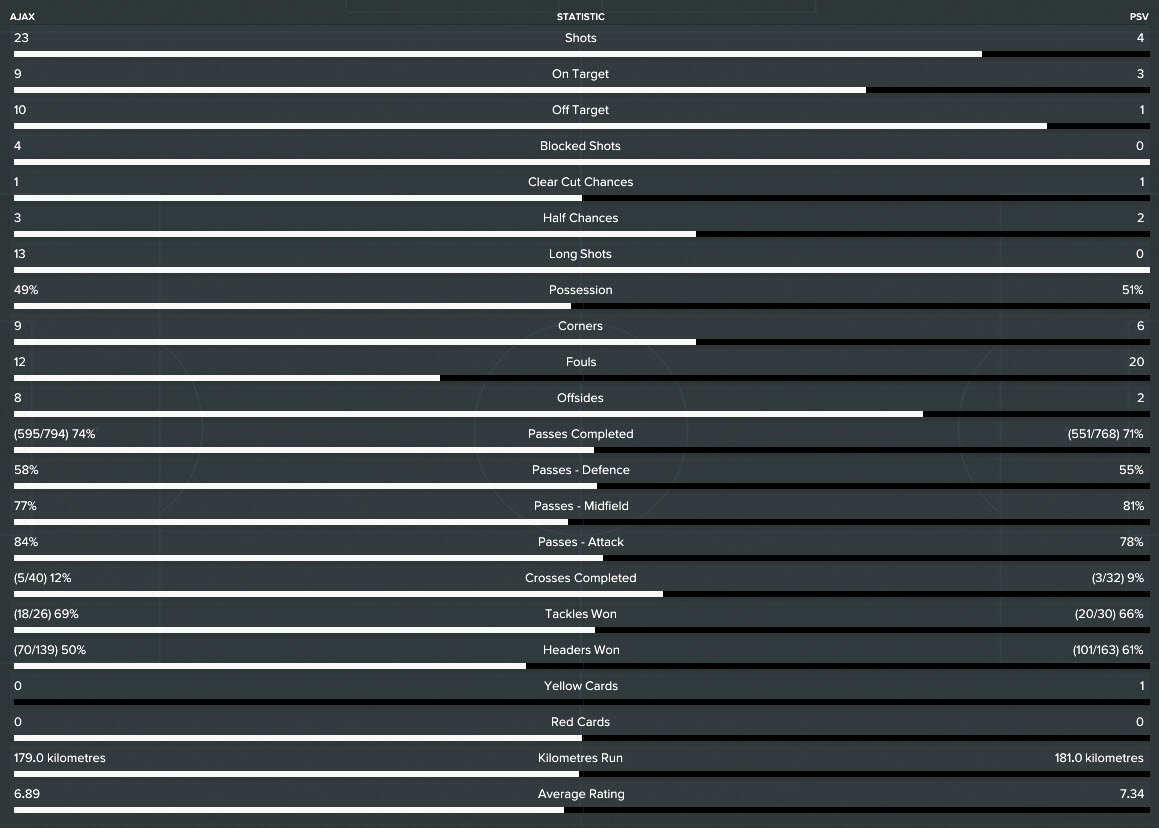 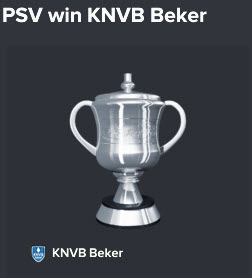 A return to Eredivisie action and PSV must win away to ADO Den Haag to stand any chance of retaining the league title. They must also rely on Ajax slipping up against Vitesse at home.