The performance against Ajax was a reasonable result considering PSV were a man down from early on in the game. However, the scoreless draw means that PSV are now without a win in their last three fixtures and haven’t scored a goal in any of those games either. Despite this, PSV are still touted as 1/2 favourites today.

Santiago Arias serves his suspension for his red card against Ajax, replaced by Daniel Schwaab. Andres Guardado and Nicolas Isimat-Mirin remain on the injured list.

Midfielder Brahim Darri is the only injury worry for Heracles. 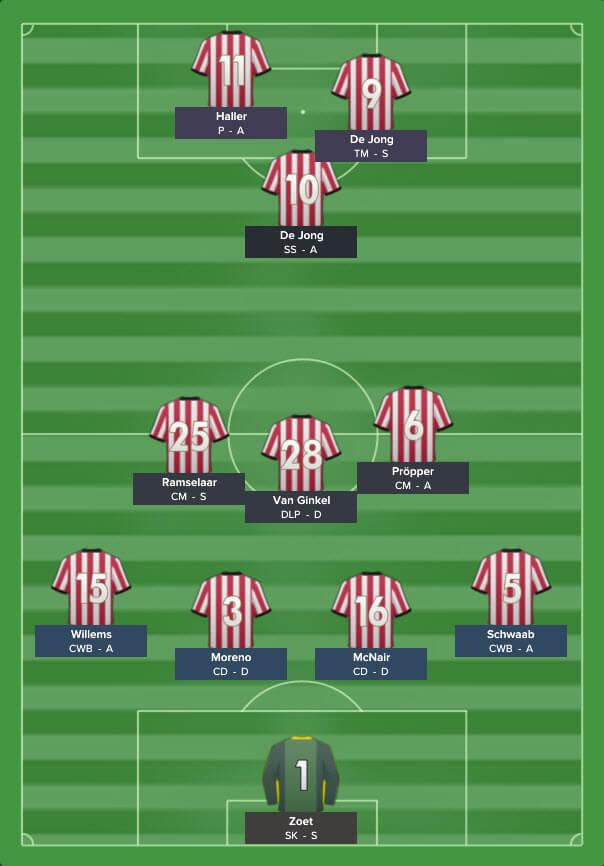 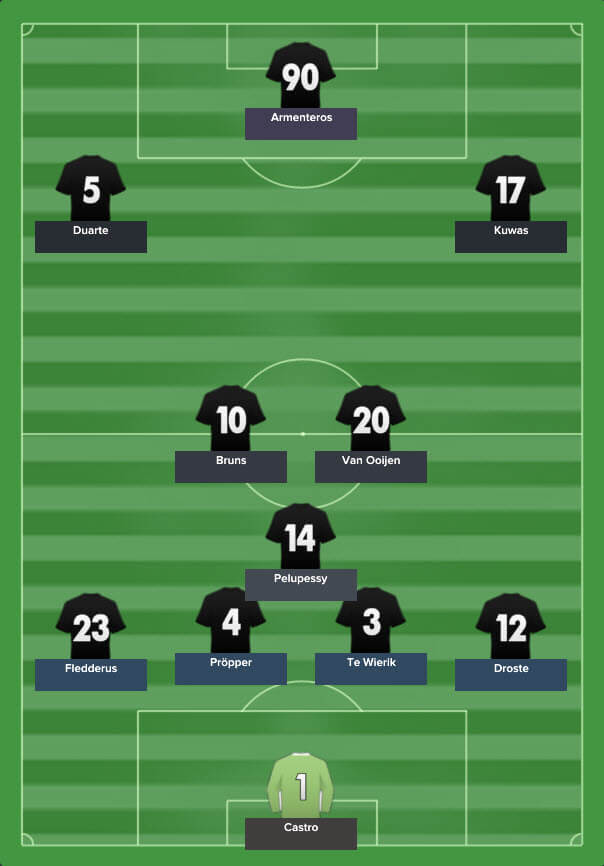 PSV have the first opportunity of the game. Daniel Schwaab finds the run of Luuk de Jong into the box in the 4th minute but his shot is well saved by Bram Castro.

In the 19th minute Siem de Jong wins the ball high up the pitch and plays it into the feet of Sebastian Haller but the big striker’s shot sails over the bar.

A few minutes later PSV have another chance as van Ginkel wins the ball back following a poor corner, he plays it short to Luuk de Jong but the shot is off target again.

On 26 minutes PSV find their first goal in four games! Luuk de Jong receives the throw from Schwaab, lays the ball off to Davy Propper and the midfield general finds the bottom corner of the Heracles net. 1-0 PSV.

Five minutes before the half, PSV have a chance to make it two but squander the opportunity. Bart Ramselaar’s corner finds the run of Hector Moreno to the near post but the Mexican defender’s header is miles over the bar.

PSV get a further boost two minutes before the intermission when Heracles midfielder Joey Pelupessy is given his marching orders after a second yellow card!

PSV are still wasteful with their chances but the scoreline is more promising than it has been in recent games! 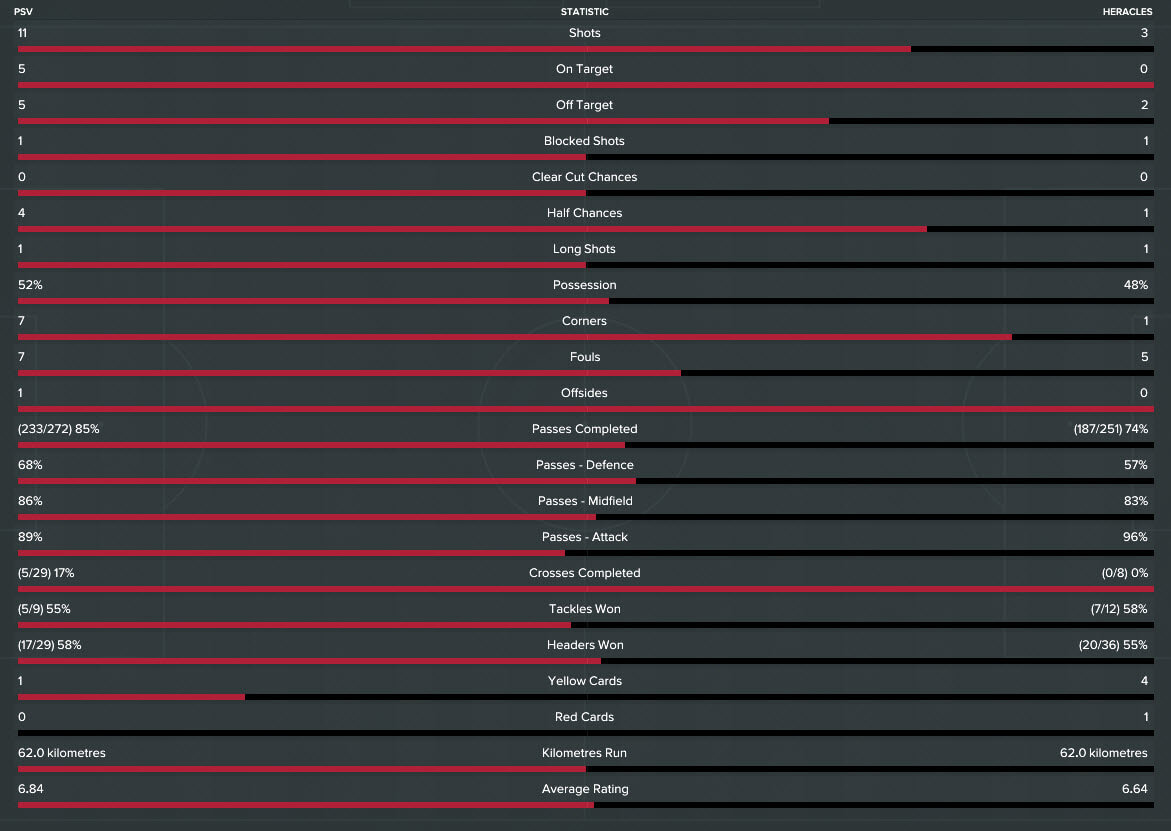 PSV start the second half brightly again. Sebastian Haller has a sight of goal from 25 yards but Castro manages to get a hand to it.

PSV finally get their second goal on the hour mark. Some neat interchange before Jetro Willems cuts the ball back for Sebastian Haller to fire home from close range. 2-0 PSV. 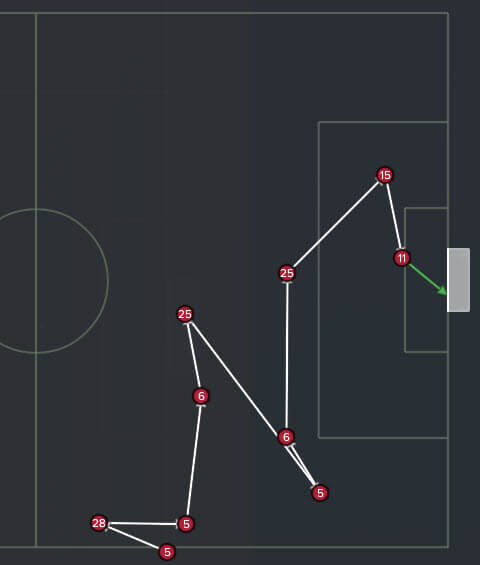 Just after the goal, Gaston Pereiro comes on to replace Siem de Jong while Jurgen Locadia takes the place of goalscorer Haller.

Over the final half hour of the game, PSV put on a clinic of how to defend a lead. Heracles didn’t manage to get as much as a sniff of goal as PSV locked the match down in expert fashion – something that had sadly been lacking in the earlier part of the season.

Somewhat wasteful in front of goal again but an important 3 points gained as the season runs itself towards its climax. 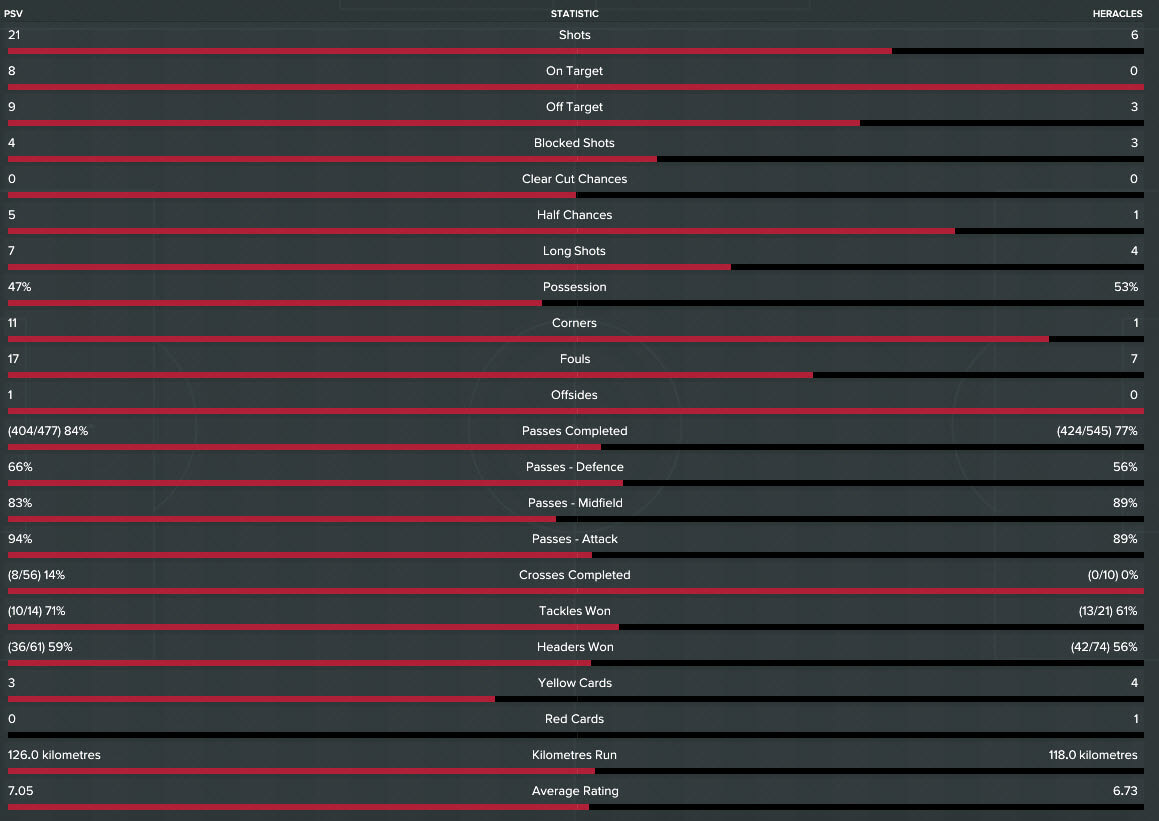 Ajax’s victory over Herenveen means the gap of 1 point is maintained with three matches remaining.