The pre-match talk is all about PSV yet again, 14th placed Nijmegen aren’t given much hope as PSV are odds on favourites at 1/3.

NEC will go to field without Julian von Haacke and Maurice Multhaup because of injury, there’s also no Robin Buwalda after a suspension.

Santiago Arias is suspended for PSV – Daniel Schwaab will be a direct replacement at wingback. 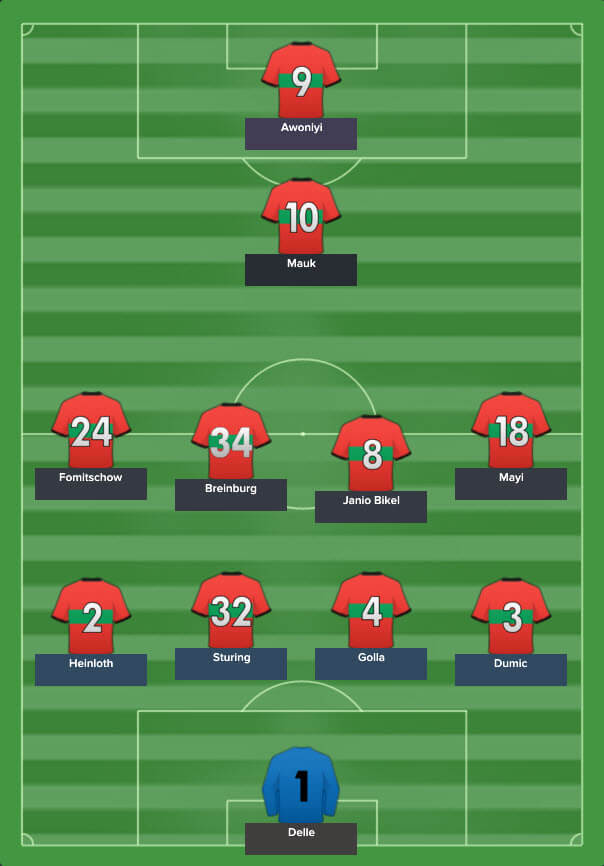 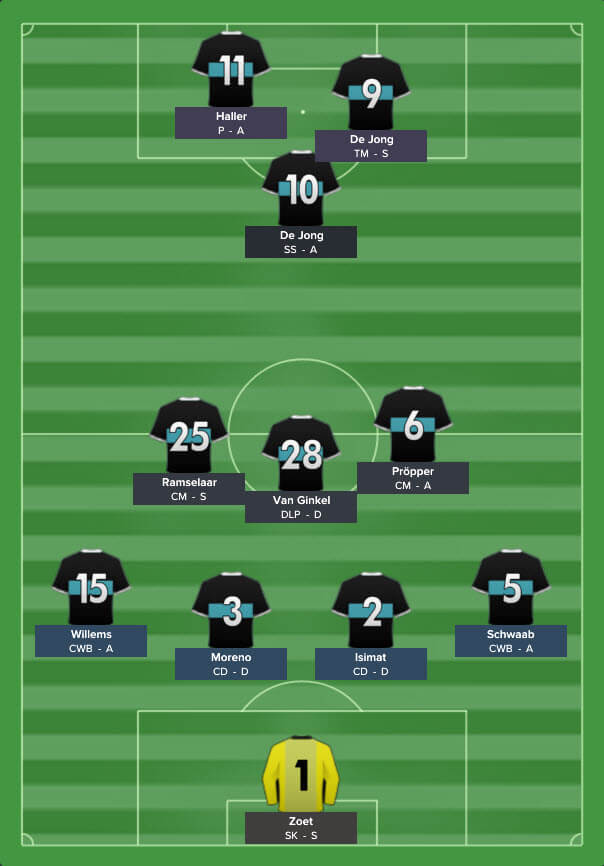 PSV signal their intent to break the deadlock early as Siem de Jong sets Haller running free on 20 seconds but the goalkeeper gets a hand to his shot and it bounces off the post to safety.

2 minutes later PSV strike the woodwork again! A Ramselaar corner is taken down at the near post by Hector Moreno and laid off to Luuk de Jong on the edge of the area. PSV’s top scorer takes a touch and thunders a shot goalward but the ball shaves the post and goes wide.

On 10 minutes Haller finds space 30 yards from goal and strikes, it’s well hit but the goalkeeper is more than a match for it and holds on. Another chance just moments later as Schwaab breaks down the wing and crosses for Haller who heads over from six yards out – the record signing hasn’t scored since his debut five games ago!

Completely against the run of play NEC take the lead on the half hour mark! An attempted long ball from Ramselaar is blocked and cannons straight into the path of Taiwo Awoniyi who is the quickest to react. The pacy striker picks his spot and places the ball into the back of the net. 1-0 NEC. 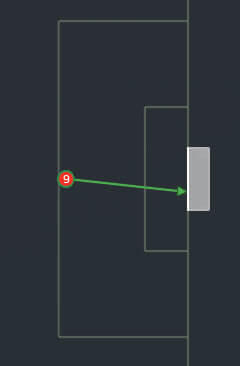 PSV look to get themselves back into the game quickly and on 35 minutes Willems crosses near post for Haller who fires wide! How many opportunities can you give him?!

As ever the half time stats don’t truly reflect how the game has gone. PSV should be two or three goals to the good yet find themselves at a one goal deficit at the break. 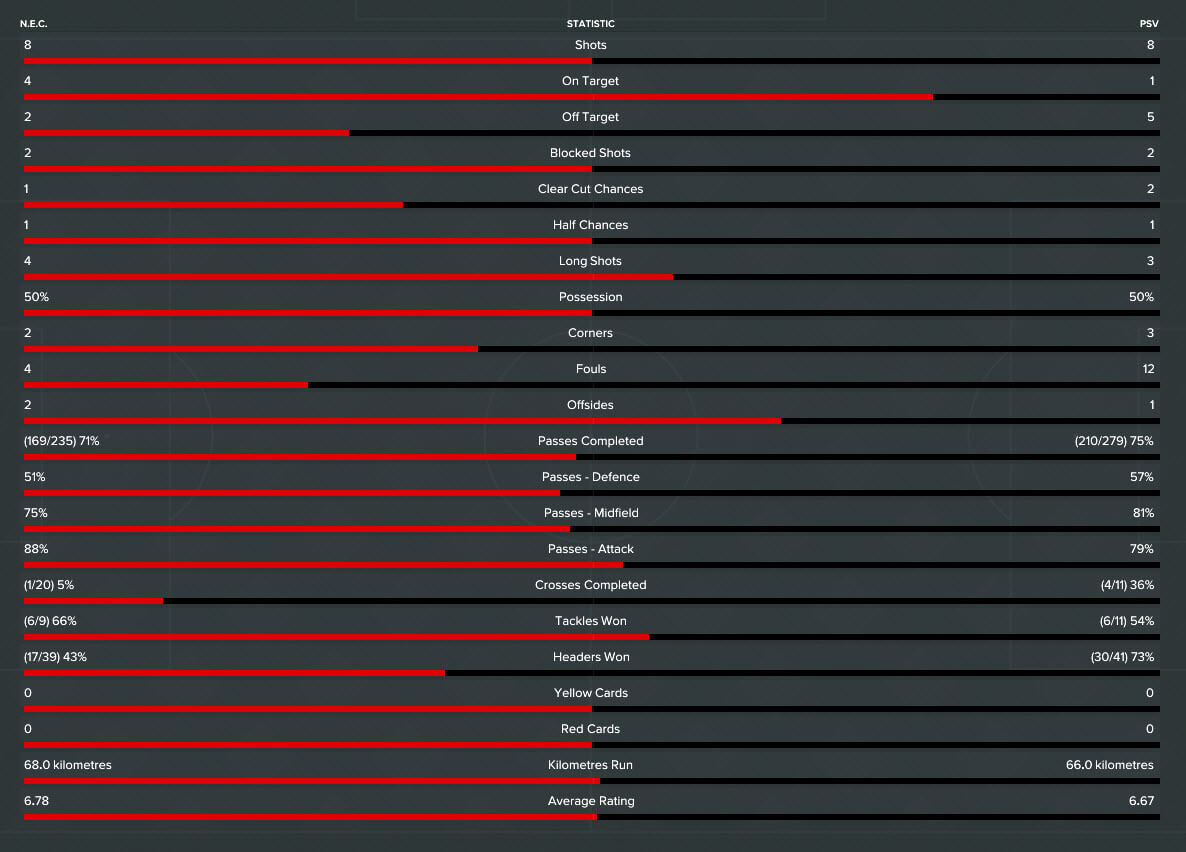 NEC commit players to defence and the strategy works as PSV can’t carve out any chances until the 80th minute, even then it’s a pot shot from Propper that flies high and wide.

The game is effectively over on 85 minutes as two deflections catch PSV out. The first, a deflected cross, allows the ball to fall kindly for Kevin Mayi whose deflected shot flies into the net beyond Jeroen Zoet. 2-0 NEC.

A shambolic result for PSV, failing to capitalise on a wealth of first half chances. 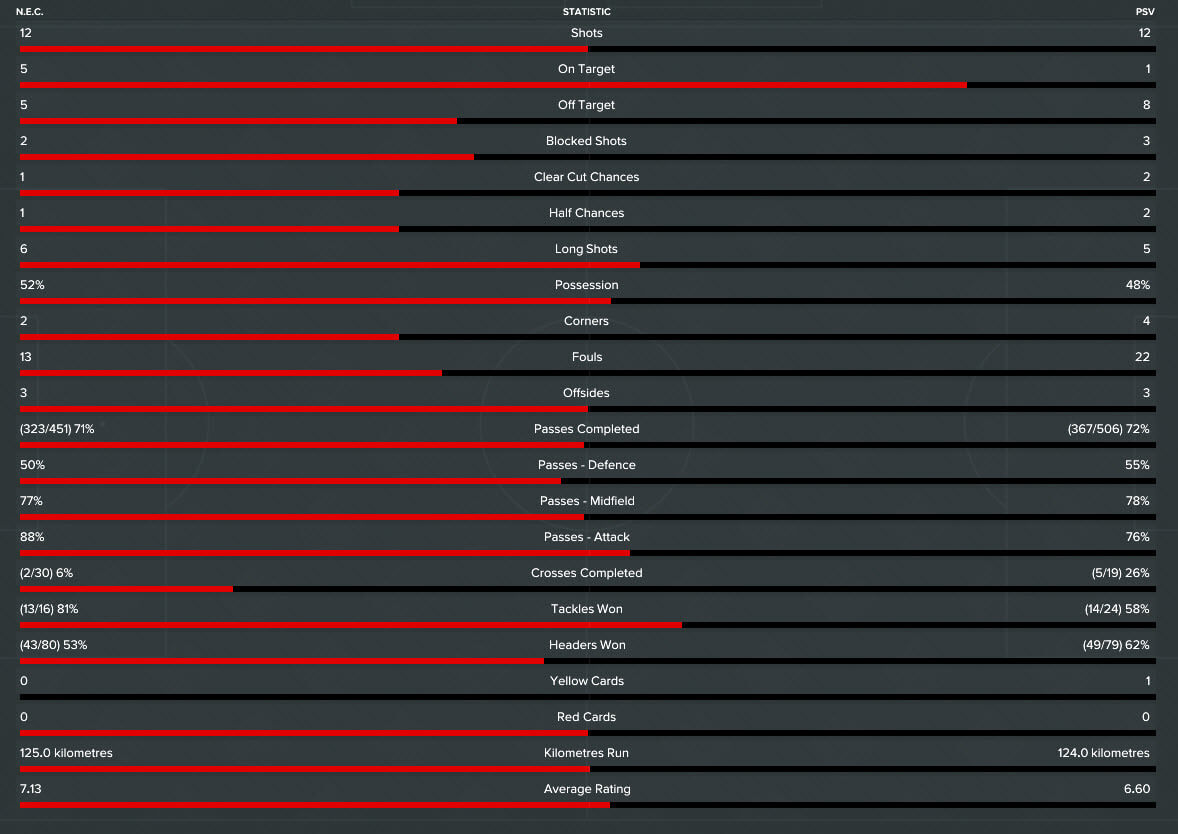 EIGHT shots on goal by £13.5million man Sebastian Haller and not one hits the back of the net. Simply terrible. 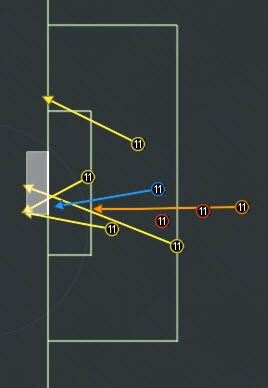 A first defeat in 16 league games allows Ajax to close the gap to 2 points! 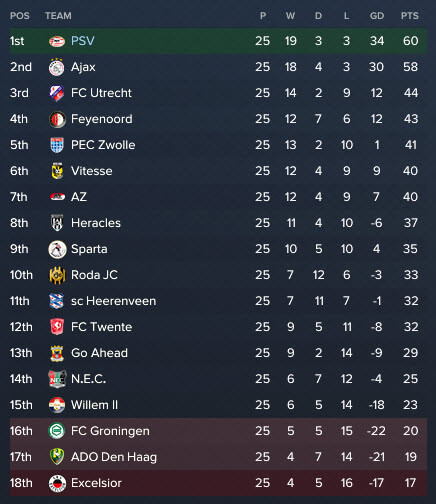 A third successive away fixture – this time visiting Jupiler League outfit SC Cambuur in the KNVB Beker Semi Final. A must win match.