PSV are on a run of 14 league games since their last defeat, meanwhile their counterparts Willem II have not tasted victory in their 4 previous matches – and without a goal in any of those four fixtures. PSV’s pre-match odds of 4/6 reflect both teams’ current form.

The concern for PSV is that Davy Propper and Nicolas Isimat-Mirin both miss out through suspension.

Willem are without Branco van den Boomen and Robin Lauwers due to injury. 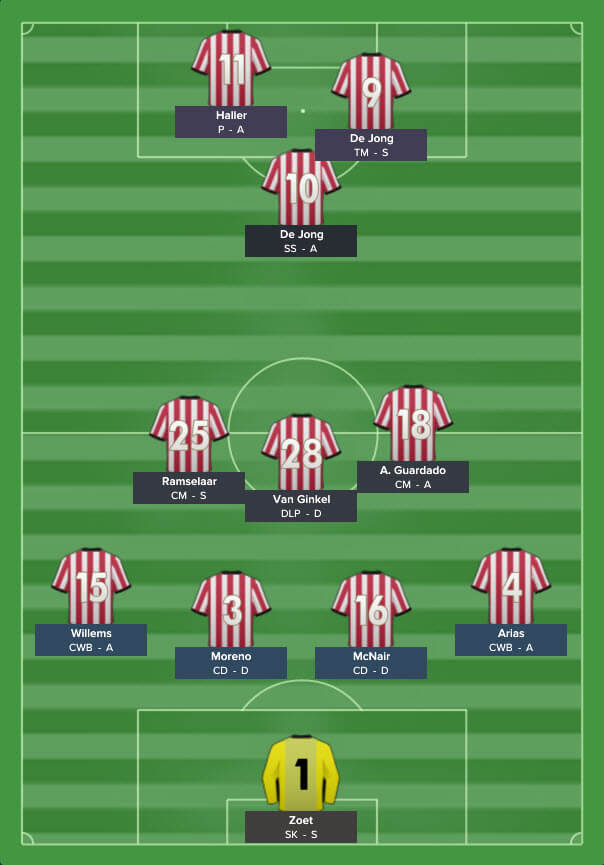 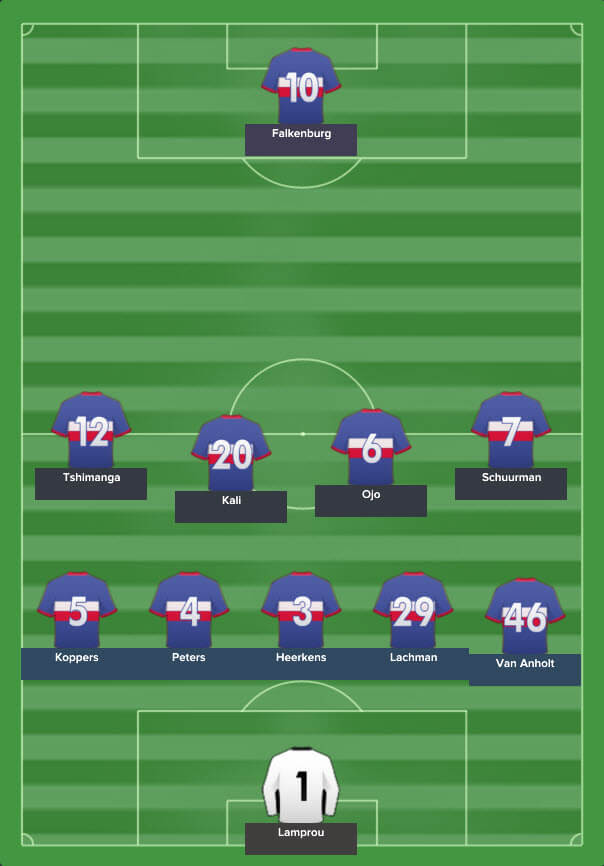 Willem set up to frustrate the home side and the plan is working as PSV struggle to get a foothold on the game in the opening 30 minutes. The first moment of note drops on 36 minutes when Haller sets Jetro Willems free on the left wing and his wayward cross is fumbled out for a corner by the Willem goalkeeper. PSV can do nothing of use with the resulting corner.

A hard first half to watch with nothing interesting happening as is illustrated in the half time statistics. 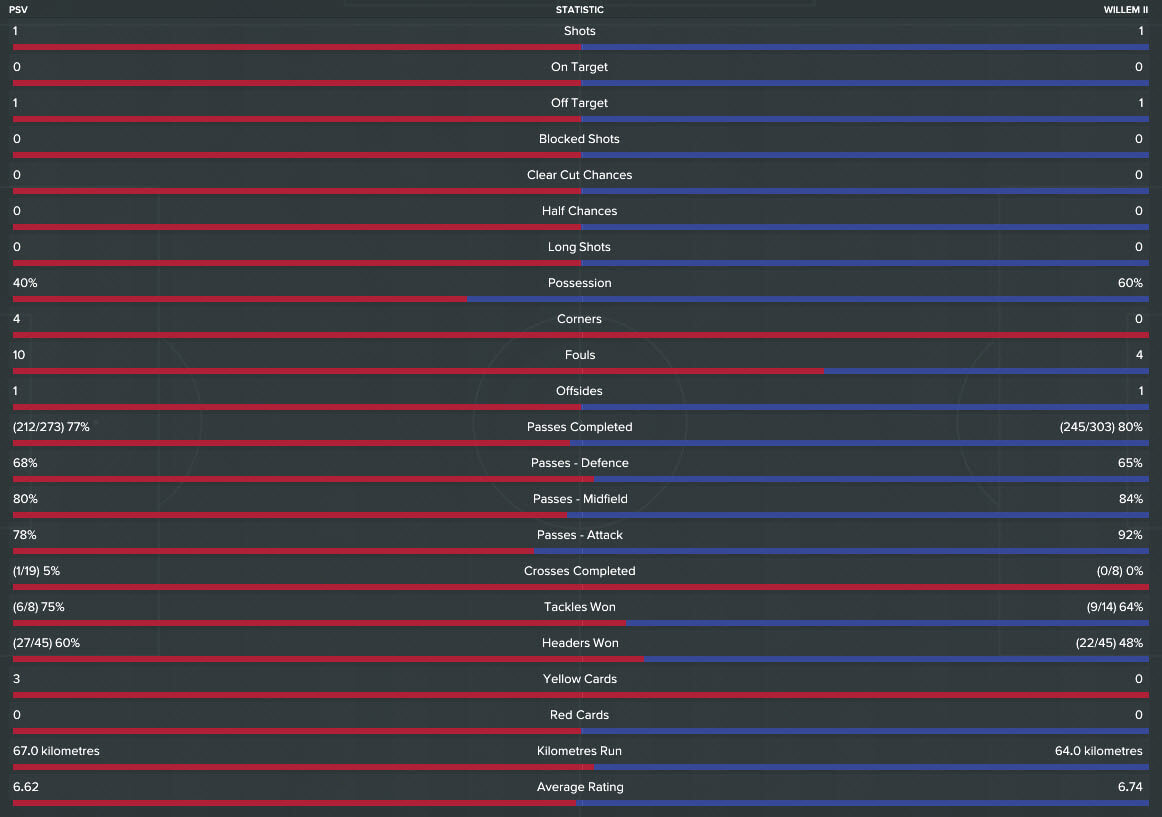 PSV push forward with intensity in the second half, their first real chance falling on 57 minutes. Some persistent attacking play eventually sees Jetro Willems played into the box but his shot from a tight angle is well wide of the goal.

A few minutes later Bart Ramselaar swings a corner in form the right hand side but Sebastian Haller is unable to keep his header down and the ball goes firing over the top of the crossbar.

The break through finally comes in the 67th minute of play. Santiago Arias plays a one-two with Luuk de Jong from a throw, the full back’s cross finds Siem de Jong at the near post and his stooping header finds its way in at the near post. 1-0 PSV!

There is no let up from PSV as on 70 minutes Andres Guardado receives the ball from Bart Ramselaar, turns and fires the ball beyond the Willem goalkeeper. A delightful goal from the Mexican who has done well to recover from a lengthy injury lay off. 2-0 PSV. 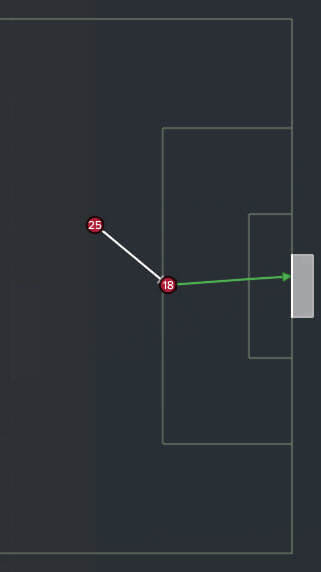 With substitutes warming up to enter the fray Sebastian Haller receives a cross in the area but his shot is straight at the goalkeeper.

With fifteen minutes to go Sebastian Haller is replaced by loanee Branimir Hrgota. Haller’s ineffectiveness will be raising questions among the PSV faithful.

On 86 minutes Willems crosses but it’s easily cleared away, though only as far as Marco van Ginkel. The on-loan Chelsea midfielder finds Ramselaar who lays off to Siem de Jong. Siem sees his brother Luuk is space and provides  a perfect assist for Luuk de Jong’s rasping shot. 3-0 PSV. 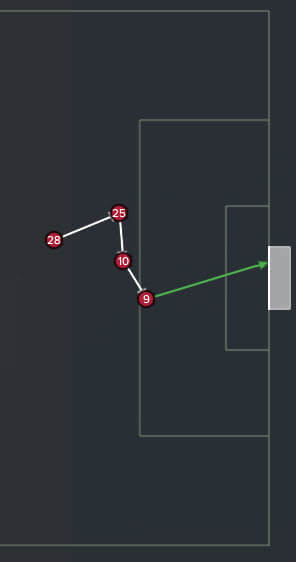 Another fruitful second half performance from PSV. Clinical when the chances come by. 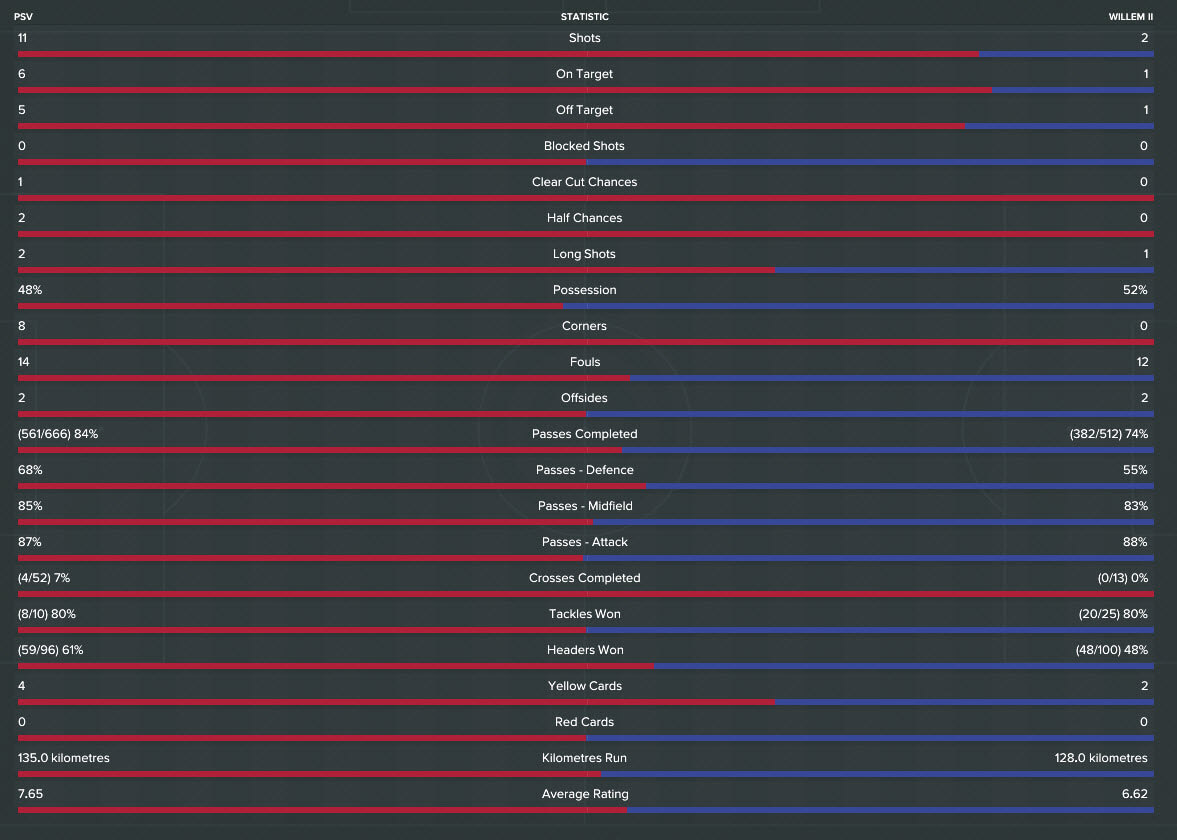 11 games to go – Ajax are keeping things within reach at the top of the table. 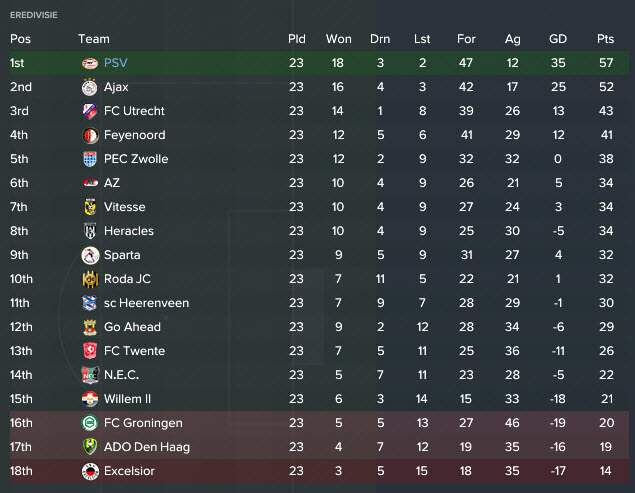 A tricky away trip to 3rd place FC Utrecht in the Eredivisie.