I have decided to use three methods for assessing the backroom staff that I’ve recruited.

First, I look at the mental attributes of the team: 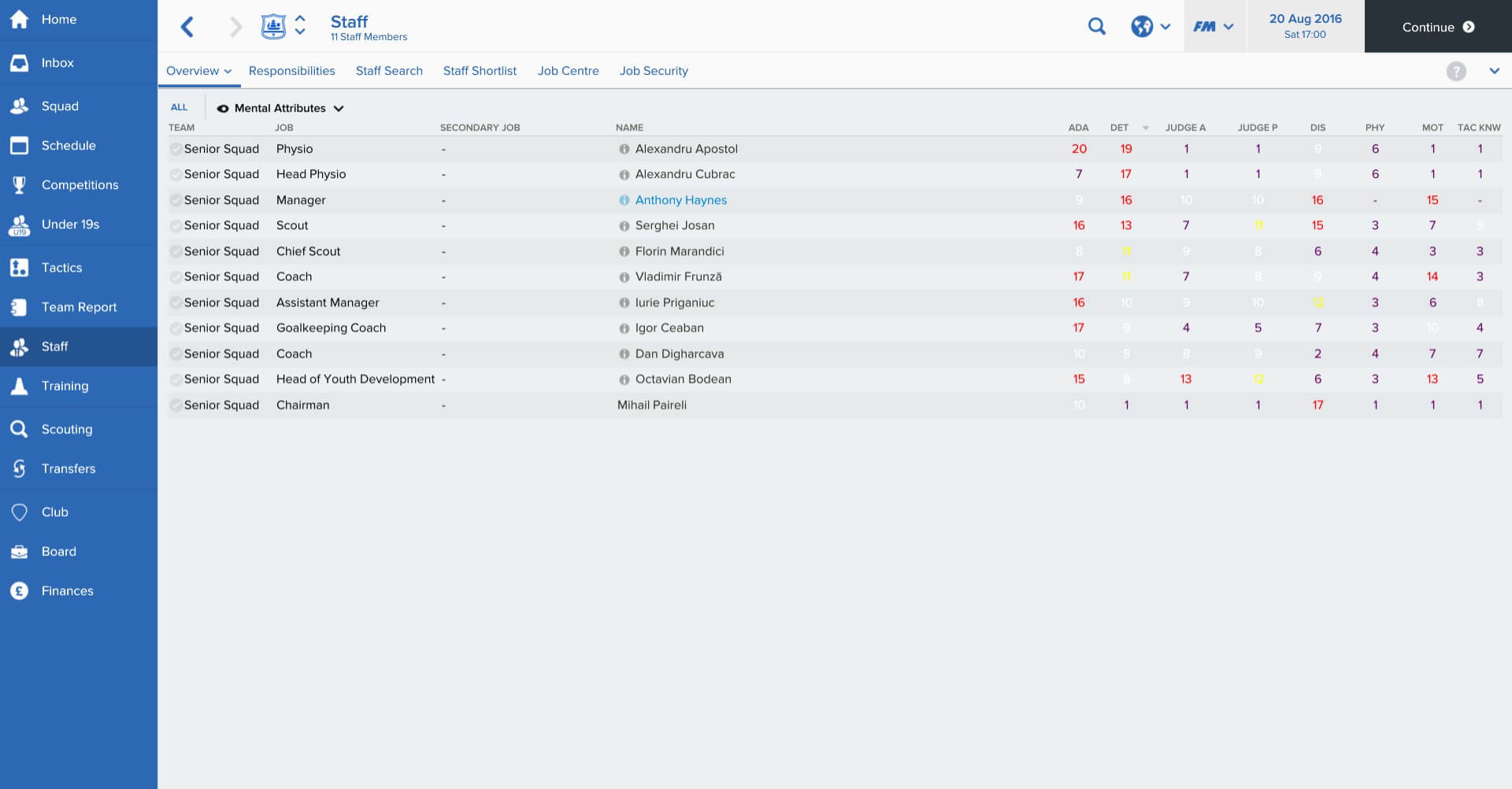 In particular, I look at determination, discipline, and motivation.

The database reveals that nobody (apart from the chairman) has a determination attribute of less than 8 out of 20. No fewer than six of us have an attribute score of at least 11, with a particularly determined physio team.

On discipline we are weaker. One coach has an attribute of only two. But my assistant (12) and I (16) score well, so that should help set the tone.

On motivation, several of the staff (notably the physios) score poorly, but four of us score 10 or more. One of them is the goalie coach, which could be important in a season where the goalies might be picking the ball out of the net a lot. I can but hope we will have just enough motivational ability between us to suffice – I put it no stronger than that.

Overall it seems to me that the team has some strengths in each of these three areas and I feel we might well be adequate to the task. I certainly don’t see us as pushovers…