PSV are the favourites for this cup tie being touted at odds of 4/5 away from home.

Go Ahead come into this fixture with a depleted squad. Elvis Manu is on international duty with Ghana, Achenteh and Schenk are suspended while Antonia and Rexhepia are both injured.

Guardado remains out for PSV, McNair will make his first start for the club in place of Marco van Ginkel. Van Ginkel will be suspended for our next league fixture due to an accumulation of yellow cards so McNair will be introduced here to prepare himself. 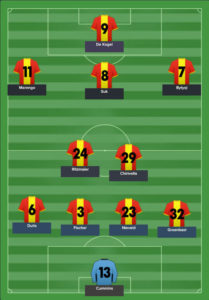 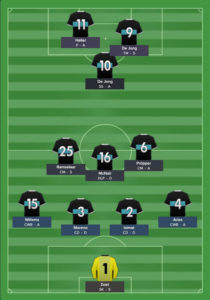 PSV take an early lead just 5 minutes into the game. Some link up between Haller, Propper and Luuk de Jong sees the Target Man spring clear into the box and finish with aplomb. 1-0 PSV! 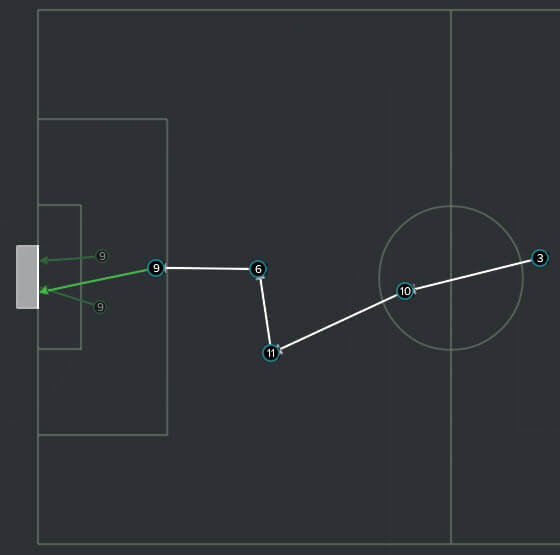 On 12 minutes the lead is doubled when new boy Haller gets the ball down the left wing and crosses for de Jong to head in his second of the game. 2-0 PSV. 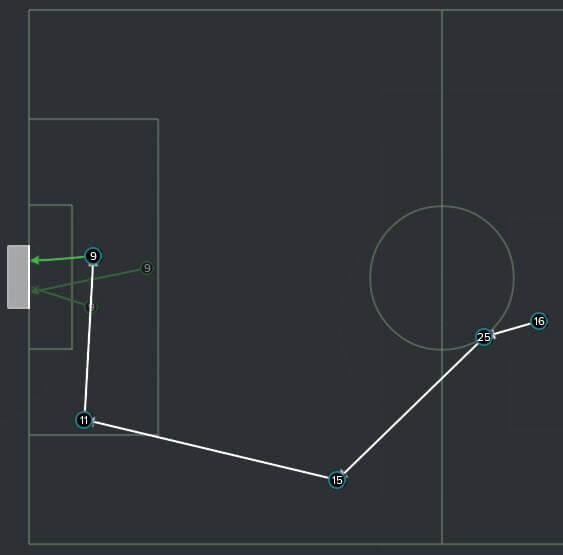 Luuk de Jong completes his hattrick with only 29 minutes on the clock! Jetro Willems is released down the left wing and crosses near post for de Jong to come sprinting through and apply the finish. Superb opening half hour for PSV who are now 3-0 up. 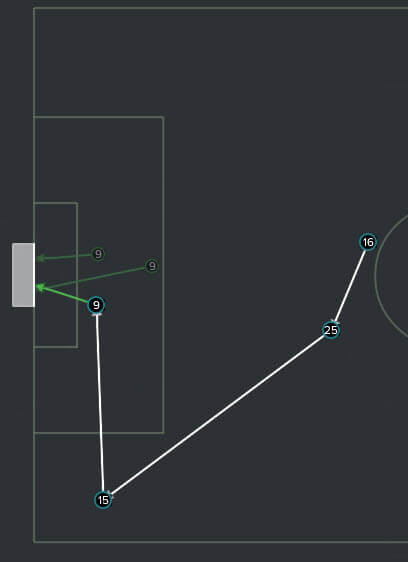 Go Ahead seem to be throwing everything at PSV now in an attempt to claw their way back into the game. The plan works when on 39 minutes Leon de Kogel gets a sight of goal from inside the box and arrows his shot into the top corner! 3-1. 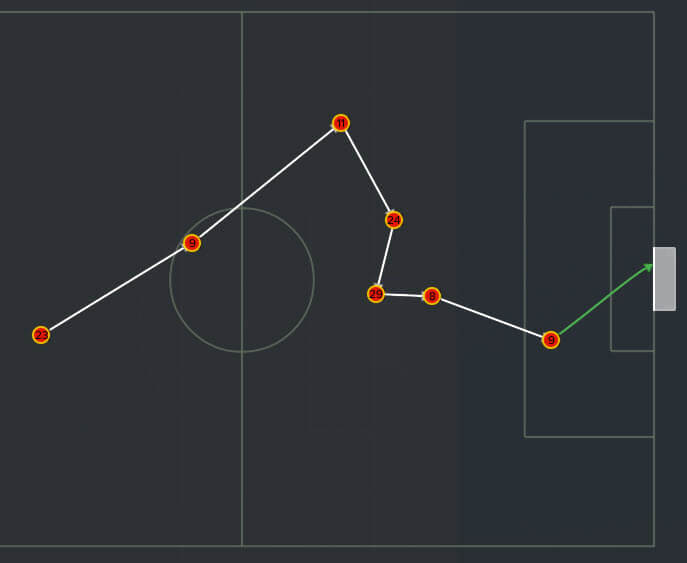 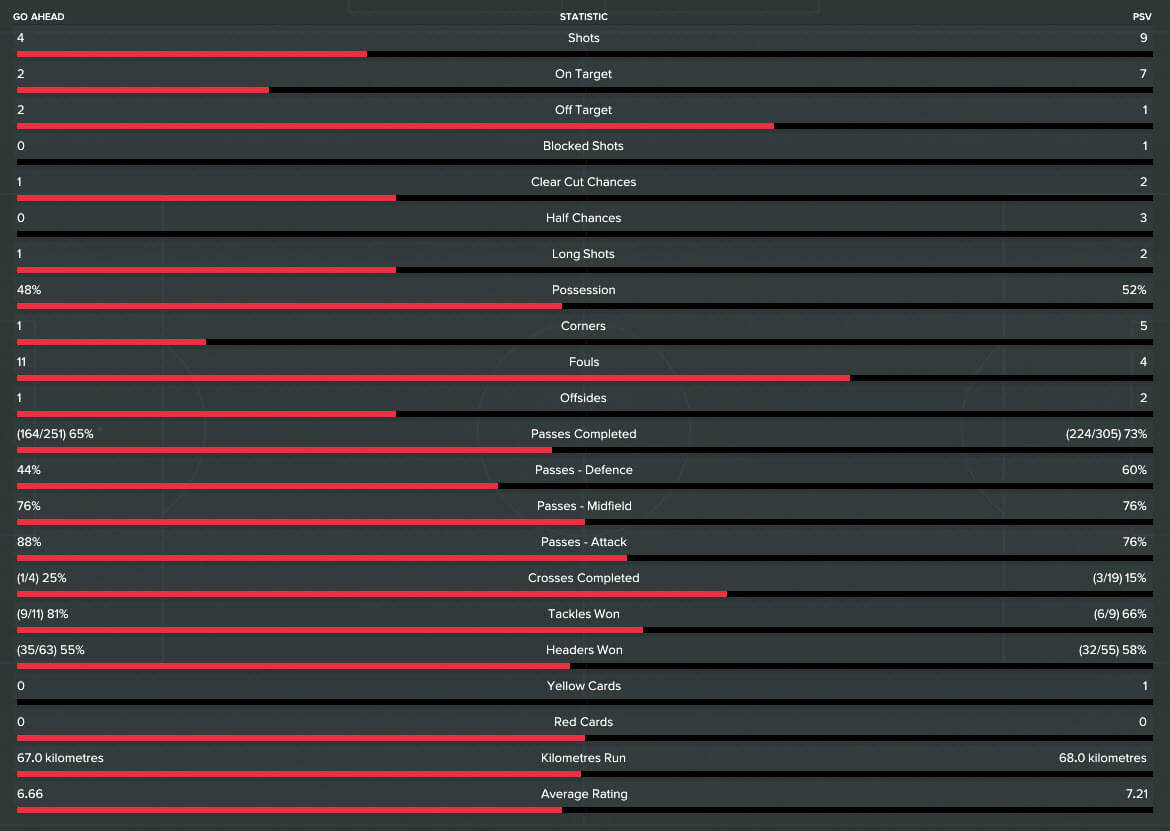 Paddy McNair’s 6 headers won and 17 interceptions shows the defensive qualities he adds to our midfield. 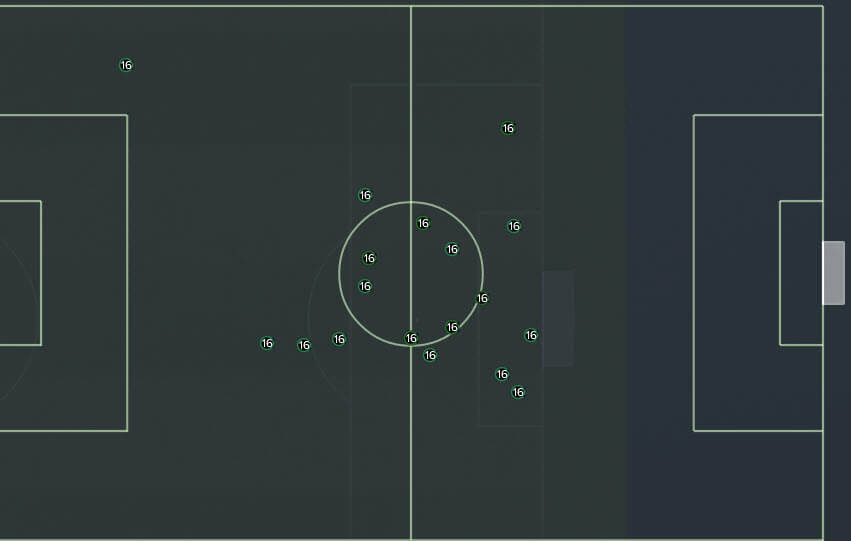 7 minutes into the second half and Luuk de Jong continues his goalscoring. A neat finish inside the box makes it 4-1 to PSV! 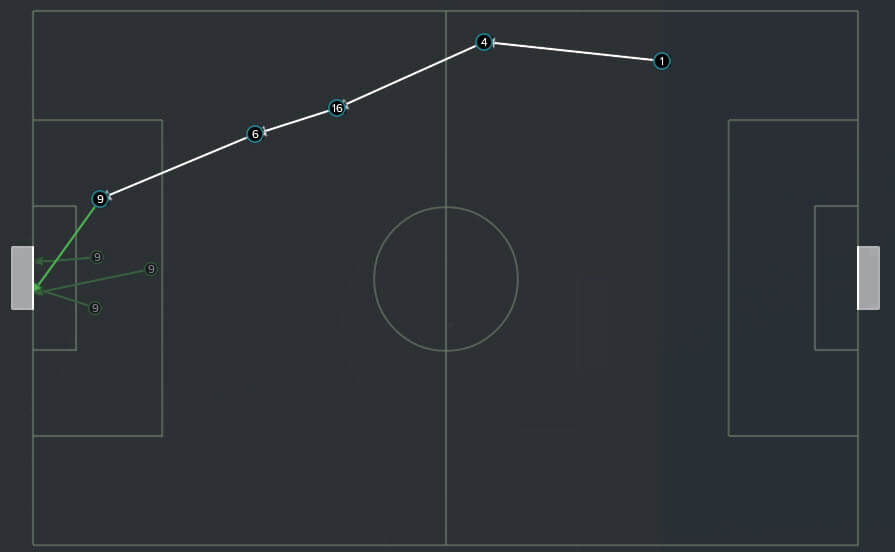 Luuk de Jong comes off to a standing ovation on 55 minutes as he is replaced by Jurgen Locadia. Locadia will play the Poacher role while Haller moves to our Target Man position.

Almost immediately Go Ahead pull another goal back. Marengo’s shot from the edge of the area deflects into the path of Marcel Ritzmaier who has an easy finish from a few yards out. The midfielder is on loan from PSV yet the board somehow decided to allow him to play against us in the terms of the agreement. 4-2. 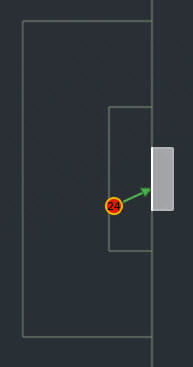 Sebastian Haller is released on goal in the 72nd minute but his shot is well saved by Erik Cummins as the goalkeeper stands tall.

With 12 minutes to go Go Ahead pull anther one back. Marengo’s cross from the right evades the PSV defence and De Kogel is on hand to head in his second of the game. 4-3. 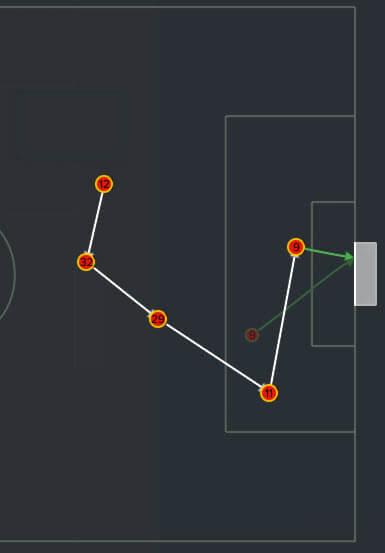 Go Ahead go all out attack in the final ten minutes of the game but just can’t find the breakthrough as PSV’s defence finally finds their ground.

Polar opposite to our usual form – a strong first half performance almost undone in the second half. 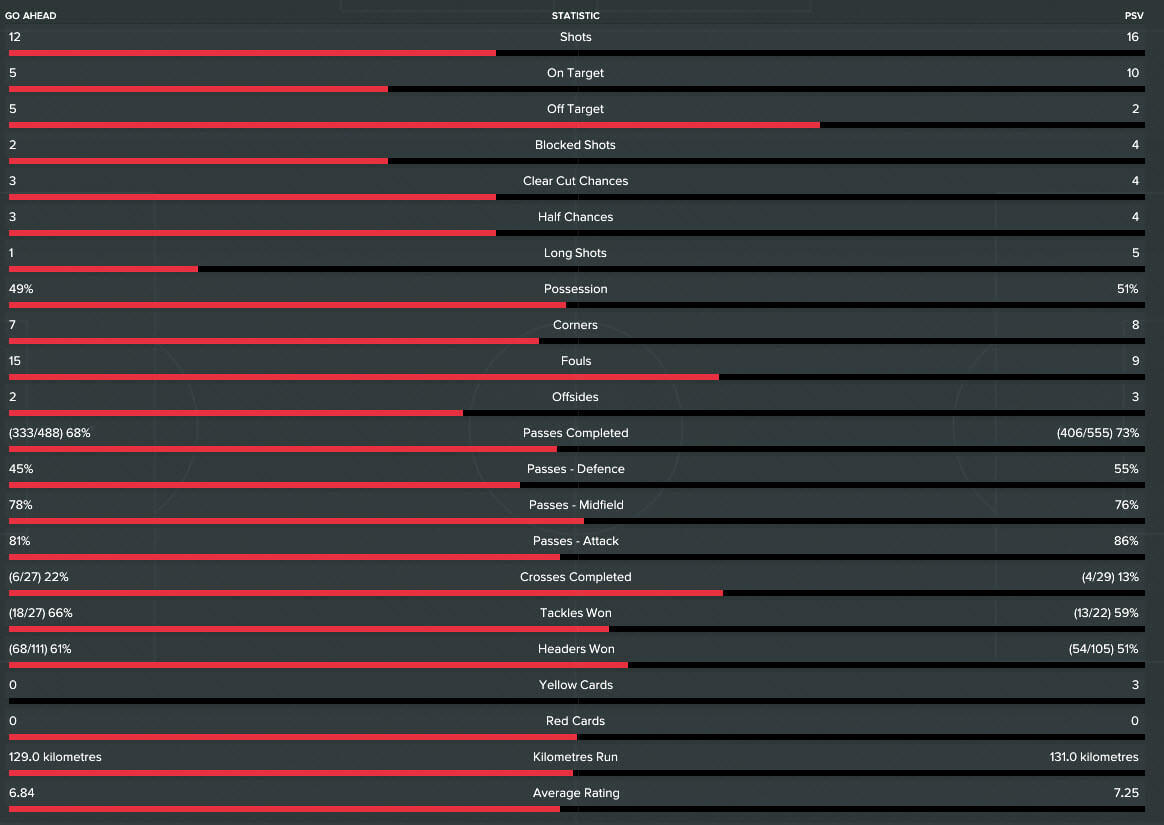 The draw pits PSV Eindhoven against Jupiler League side SC Cambuur setting up the possibility of a PSV v Ajax final!

Back to league action and a tasty away encounter with Feyenoord awaits!