It’s the first match after our transfer dealings and the odds remain in our favour, maybe even strengthened so, with odds of 1/6 as the home side today.

Andres Guardado remains a few days away from a return to full training but Sebastian Haller is in line for his starting debut with McNair and Hrgota on the bench.

Roda have a total of four players out injured, most notably their defensive rock Christian Kum. 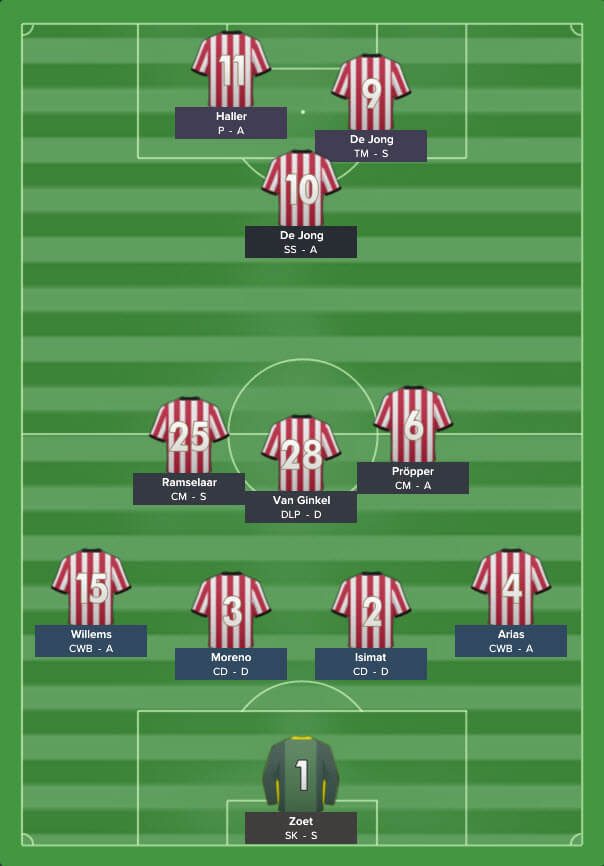 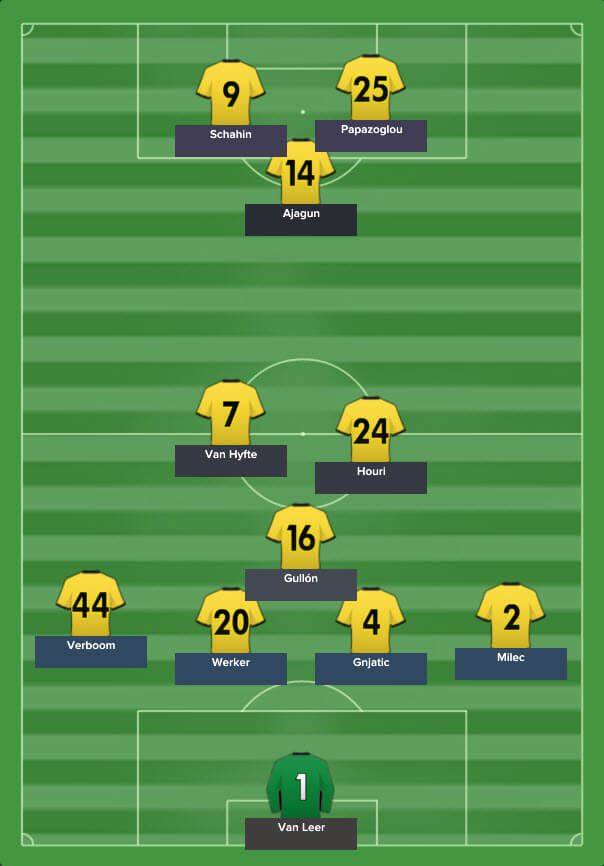 Sebastian Haller almost opens his account with his first touch for PSV as Arias’ cross from the right wing is narrowly headed wide on 21 seconds. Arias causes danger again a minute later as his inviting cross is headed onto the crossbar by Luuk de Jong. Fantastic start from PSV.

Roda break the PSV defensive line on 27 minutes as Abdul Ajagun races clear but his shot is easily gathered by Jeroen Zoet.

Roda break again on  40 minutes but Dani Schahin’s effort from range is poor and Zoet gets down well to hold on to it.

After a bright start PSV haven’t really threatened any further. An emphasis on attacks down the right is sought to take advantage of Arias and his crossing. 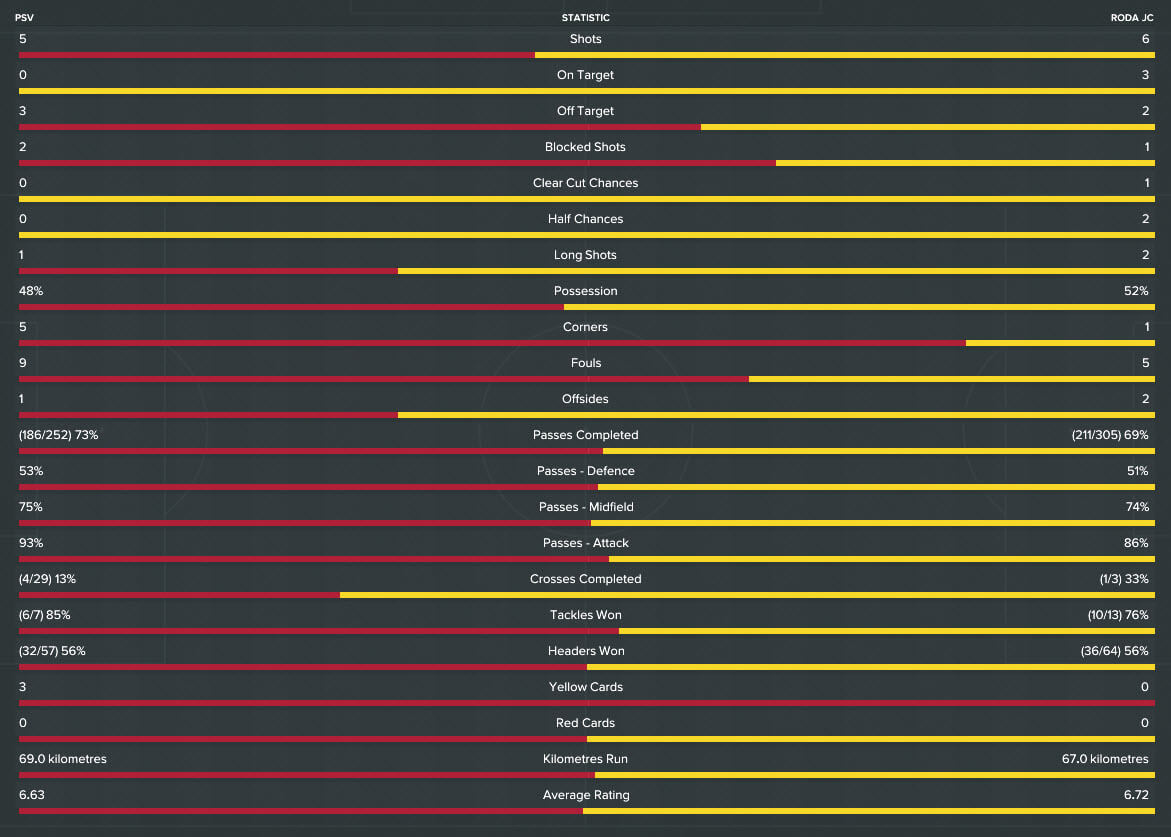 Two successful crosses so far for Arias – this is where our danger will come from.

Another break down the right wing straight from kick off and Luuk de Jong’s header across goal goes narrowly wide.

On 58 minutes the traffic comes down the right wing again as van Ginkel sets Arias running. The wing back’s cross is met by Luuk de Jong who heads over the onrushing goalkeeper Benjamin van Leer who is in no man’s land! New signing Sebastian Haller steals in to make sure of it from a few yards out for a debut goal! 1-0 PSV. 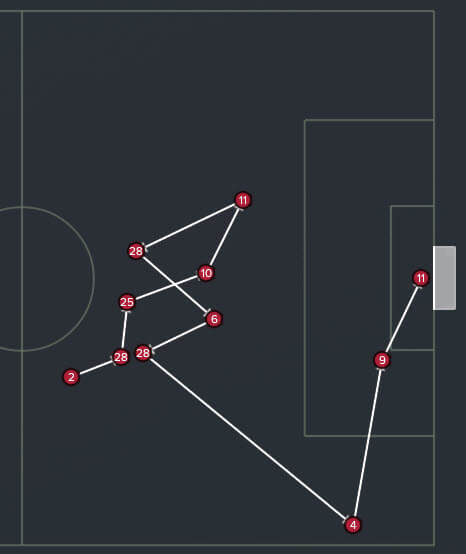 Minutes later PSV almost have a second as Arias crosses again but Siem de Jong’s drive is just wide of the post.

A moment of genius on the hour mark from van Ginkel! The on loan midfielder wins the ball from Papzoglou on the edge of the centre circle and, seeing van Leer on the penalty spot, pings his shot goalward. The ball nestles neatly in the back of the net to double PSV’s advantage. 2-0 PSV! 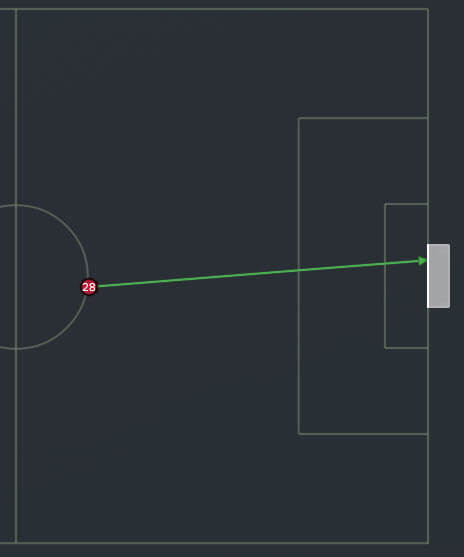 Van Ginkel is duly replaced by new loan signing Paddy McNair who will drop into the DM slot to provide some extra cover for the defence as PSV aim to see the game out.

On 65 minutes PSV grab a third and surely confirm the points as their own. This time it is an attack down the left wing that provides the goal. Jetro Willems cuts the ball back for Siem de Jong who blasts the ball into the Roda net. 3-0 PSV. 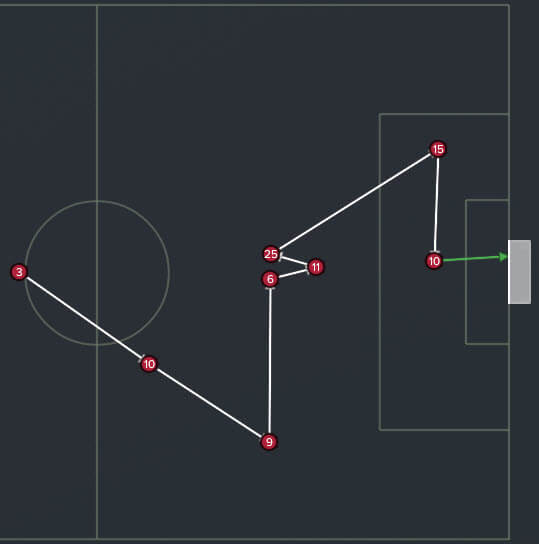 With the game almost certainly sealed there is a chance for loanee Branimir Hrgota to make his debut replacing goalscorer Haller on 67 minutes.

Roda have a rare attack on 75 minutes as Badibanga crosses for Papazoglou but his header doesn’t even challenge Zoet.

PSV – kings of the second half performances. Another good victory for PSV even if we were slightly sceptical at half time. 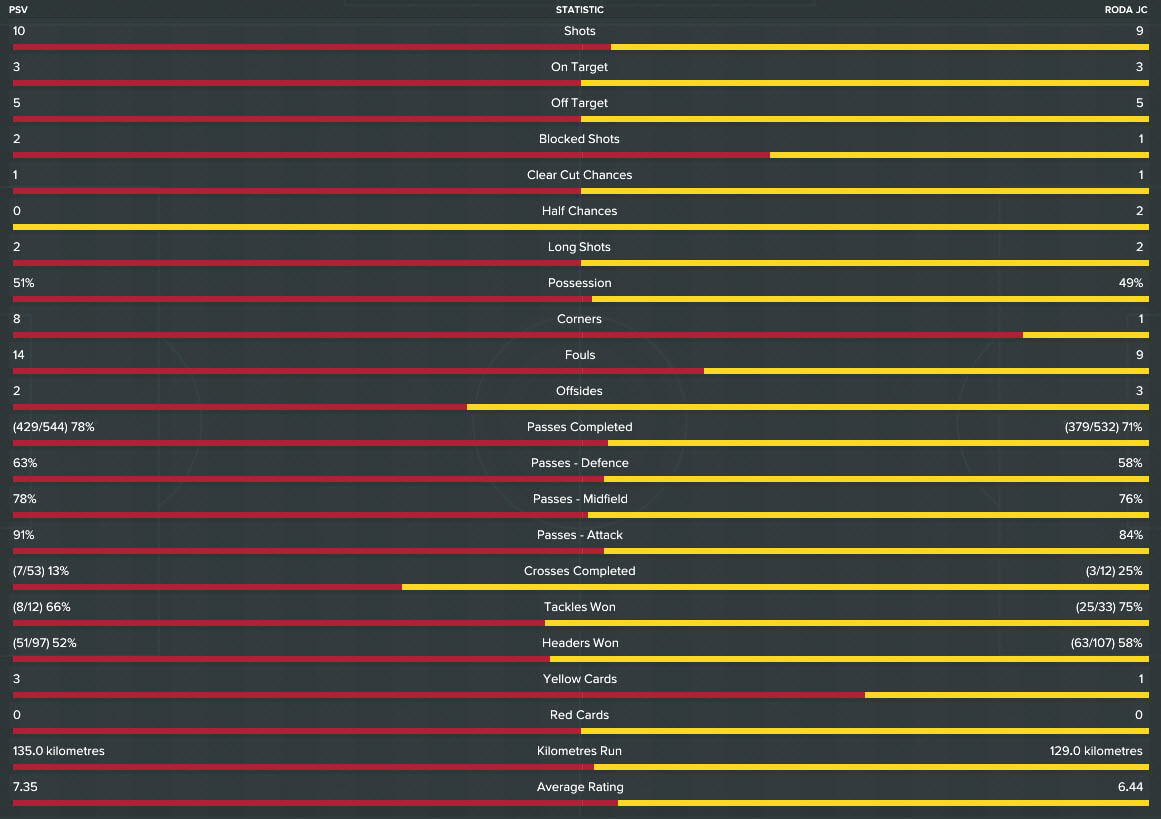 A debut goal for Haller set PSV on their way to another 3 points in league football. Ajax’s victory over Feyenoord keeps the gap at the top to 4 points. 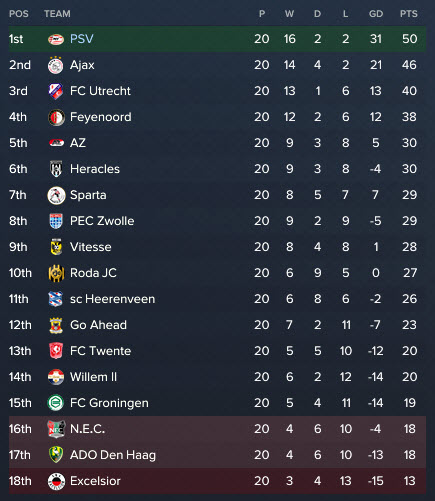 PSV are in cup action as they travel to Go Ahead Eagles for the KNVB Beker Quarter Final.

fmanalysis - March 20, 2017
1
The fact that the youth academy at Ajax Amsterdam (Ajax) is named De Toekomst is indicative of the ethos that the club is build around. De Toekomst translates to English as The Future. Ajax have a reputation around the world as perhaps the premier developers...
Read more
Load more