The winter transfer window is simultaneously one of the most enjoyable and one of the most stressful points in any Football Manager season for me. Having assessed the first half of your season you have an idea of where your squad already has strength but also the areas that you need to strengthen – January can be a great opportunity to make those final few signings to push your season from satisfactory to sensational. On the flip side if you’re one of those middle of the road European clubs then it is the time when the Euro Super Giants come circling like sharks that have caught a scent of blood. A real test of your recruitment and man management skills.

The first outgoing piece of business we have done is the sale of 19-year-old winger Steven Bergwijn. Steven has plenty of room to develop but we need options for now, not the future. Arsenal’s offer of £8.5million was too good to turn down and will nicely boost our available transfer funds. 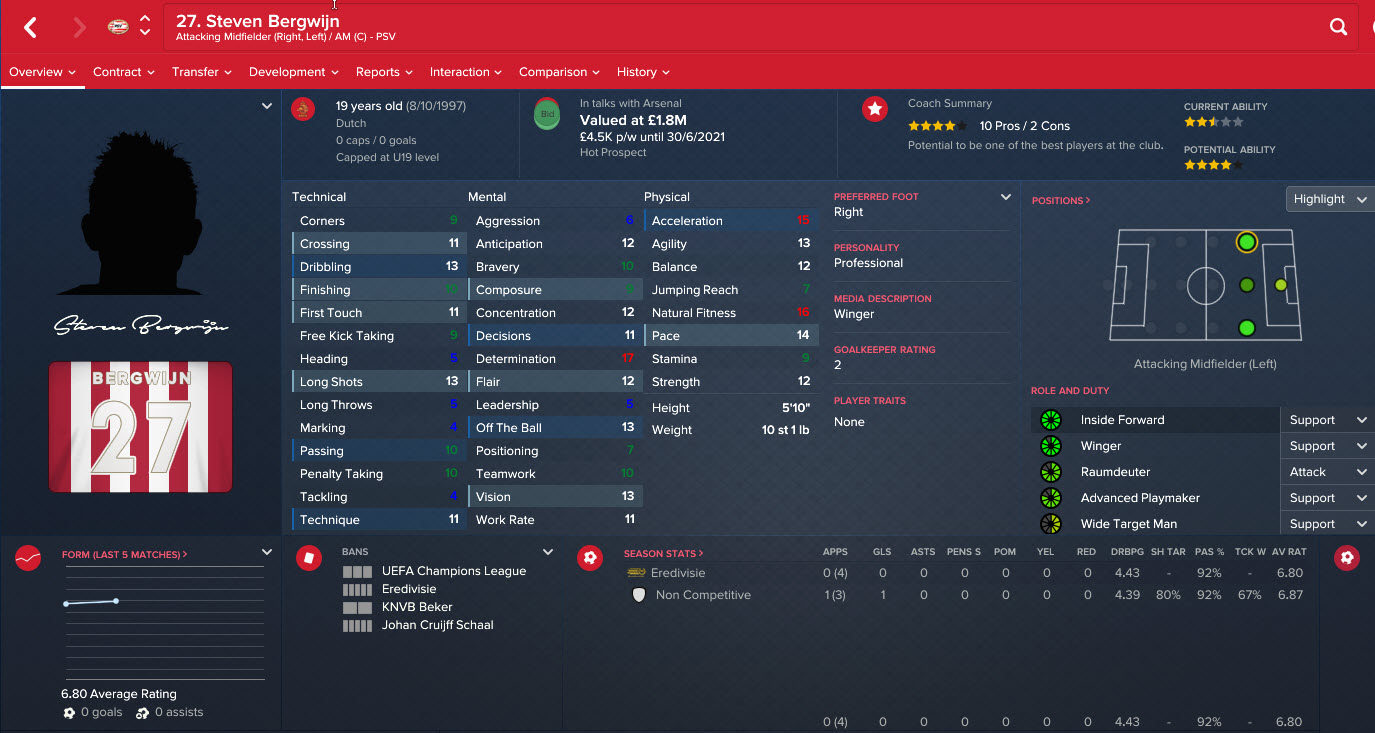 Next up was Olexandr Zinchenko. The on-loan Man City wide man had not really made the impact he will have hoped and asked to terminate his loan. Seeing the option of freeing up £16k per week in wages, we jumped at the chance and agreed to ship him back off to The Etihad. 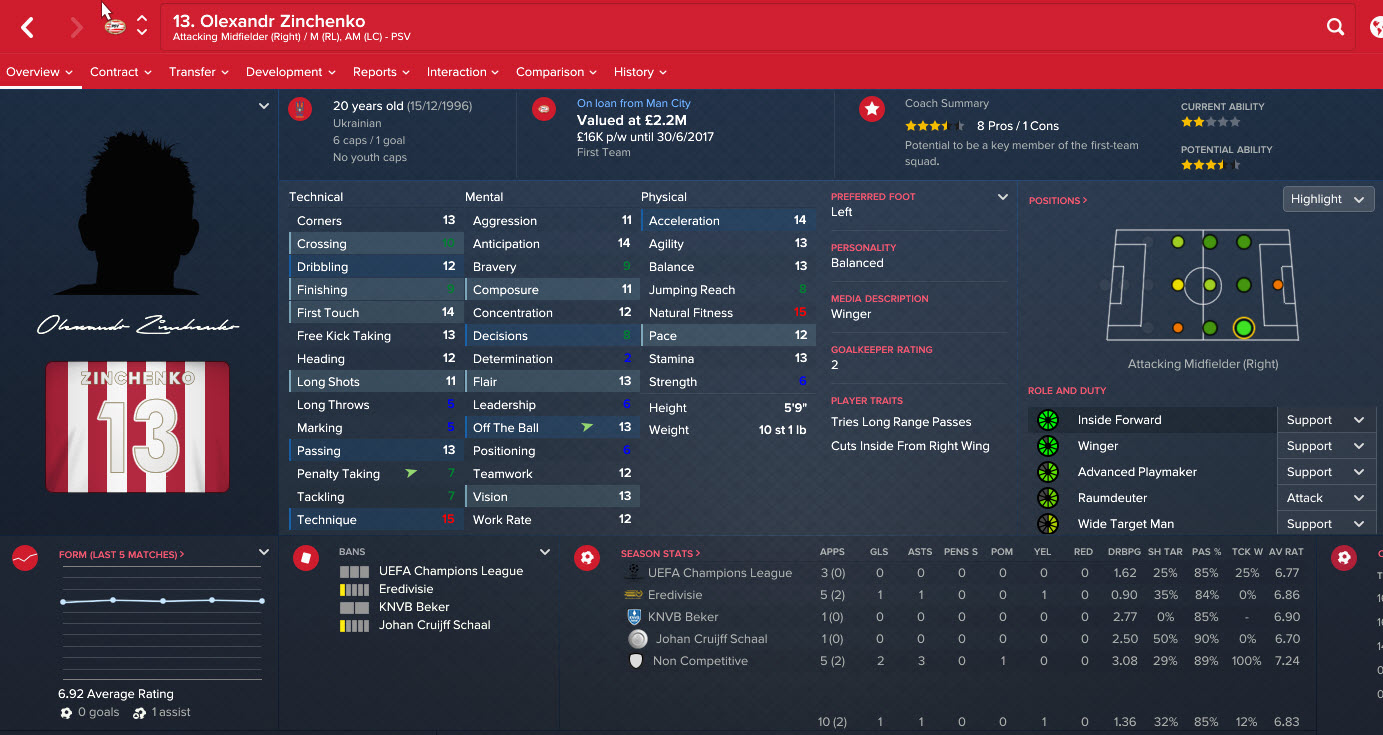 Liverpool lowballed us in initial negotiations for young midfield playmaker Jorrit Hendrix. The offers were laughed off initially until they made us a final offer of £18.5million up front along with appearance related add-ons on top. Reluctantly the offer was accepted, with another healthy nudge for our bank balance I think it was a risk worth taking! 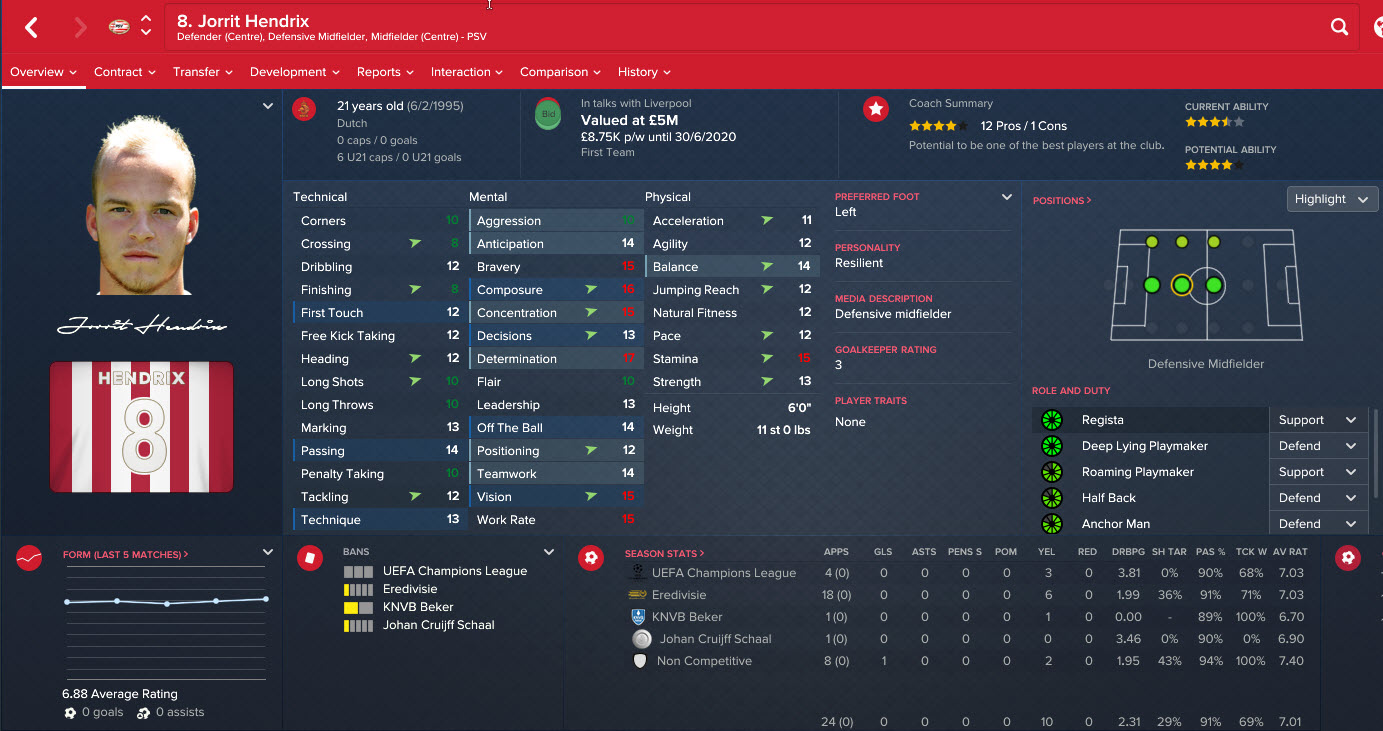 As expected we were inundated with offers for Jetro Willems, Hector Moreno and Davy Propper. We managed to stave off the interest in these three but had to shell out for an improved contract for Propper to keep him onside – a worthwhile investment.

The natural inclination of any Football Manager is to attempt to promote from within. Sadly after scouring both Jong PSV and our U19 squad, no suitable candidates were found for promotion to the senior side. With this conclusion reached it meant we had to take our recruitment external.

With the sale of Hendrix, we needed to bring someone in to compete for the midfield spot. Seeing that Paddy McNair was available for loan from Sunderland, and my heart strings being plucked at the thought of a fellow Northern Irishman joining me in Eindhoven, a deal was struck and McNair joined the ranks at The Philips Stadion for the remainder of the season.

Luuk de Jong heads our scoring charts with 15 goals in 28 games but I felt we needed someone more prolific alongside him, even though Jurgen Locadia has given a respectable 5 goals in 14 games. Look no further than a man who has punished us previously this season – Eredivisie top goalscorer Sebastian Haller. With 16 goals in 18 league appearances this season I am confident that this will be £13million well spent, a record transfer for PSV Eindhoven. 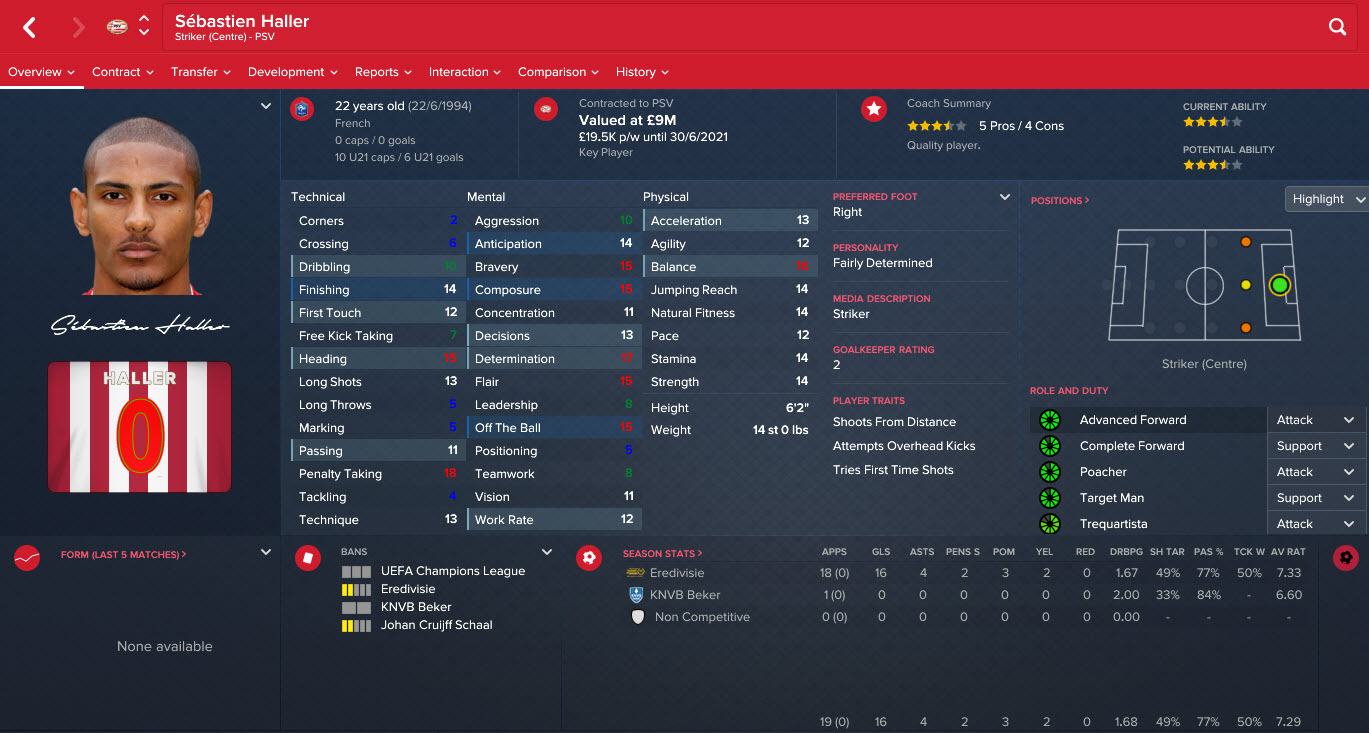 The final piece of business was the loan of Swedish striker Branimir Hrgota from Frankfurt. The hope was that the acceleration and pace of Hrgota might get us an extra dimension if we’re chasing a game late on into the final moments when everyone else is tiring.

The tail end of this season will give us the ultimate answer to this question. My concern is losing the intuition of Hendrix in beginning our counter attacks but we accepted that risk for the reward of gaining money to be spent on providing something more in attack.

PSV still lead the league table; 4 points clear of Ajax with fifteen games to go. A KNVB Beker Quarter Final against Go Ahead Eagles also awaits us. An ideal season finish would obviously be a league and cup double with Haller and McNair excelling in the title run in.