PSV are again favourites today with odds of 1/3 in what is a dress rehearsal for the KNVB Beker Quarter Final.

Go Ahead have a depleted squad today with three players out suspended and Marcel Ritzmaier and Chris David out through injury.

PSV have no new squad problems, Guardado the only casualty. 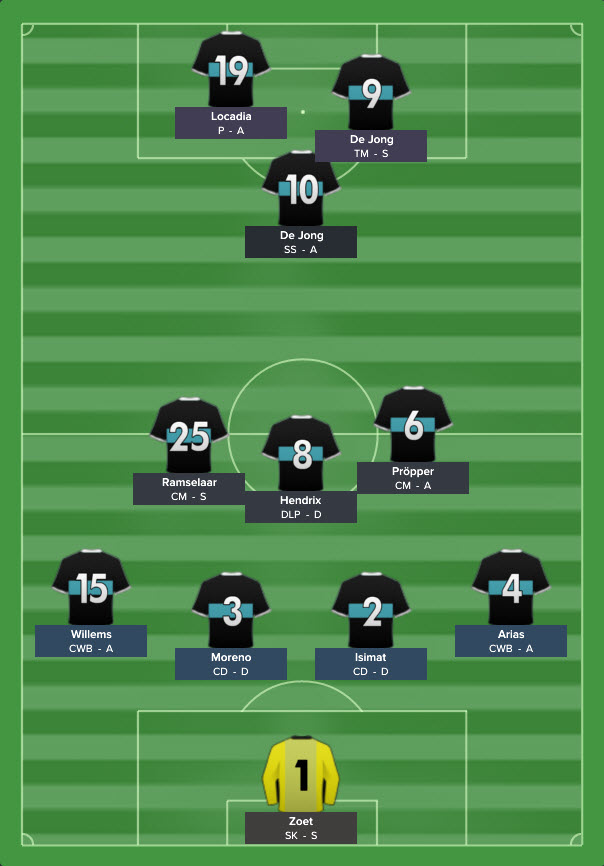 PSV have their first chance on 16 minutes. Another poorly delivered corner is won back and Siem de Jong is presented with the opportunity from 18 yards but his shot is well saved by the goalkeeper.

PSV open the scoring 7 minutes later when Davy Propper picks up on a loose ball, plays it short to Luuk de Jong who instinctively threads the pass through for Locadia’s run. The Poacher finds himself in the box with plenty of time and space and slots home excellently. 1-0 PSV. 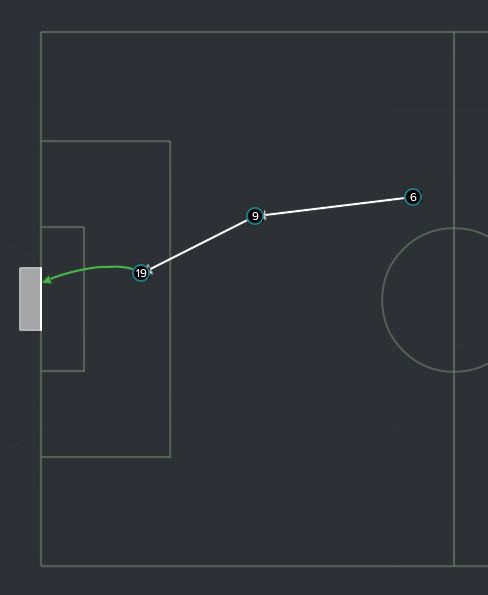 PSV then lose the ball high in the Go Ahead half, the Eagles launch a devastating counter attack leaving the PSV defence floundering. Thankfully Zoet keeps his concentration and stands up well to the shot from Antonia. Hector Moreno rises high to easily clear the resulting corner.

A half time lead for PSV who will have to be alert to the threat Go Ahead are posing on the counter attack. 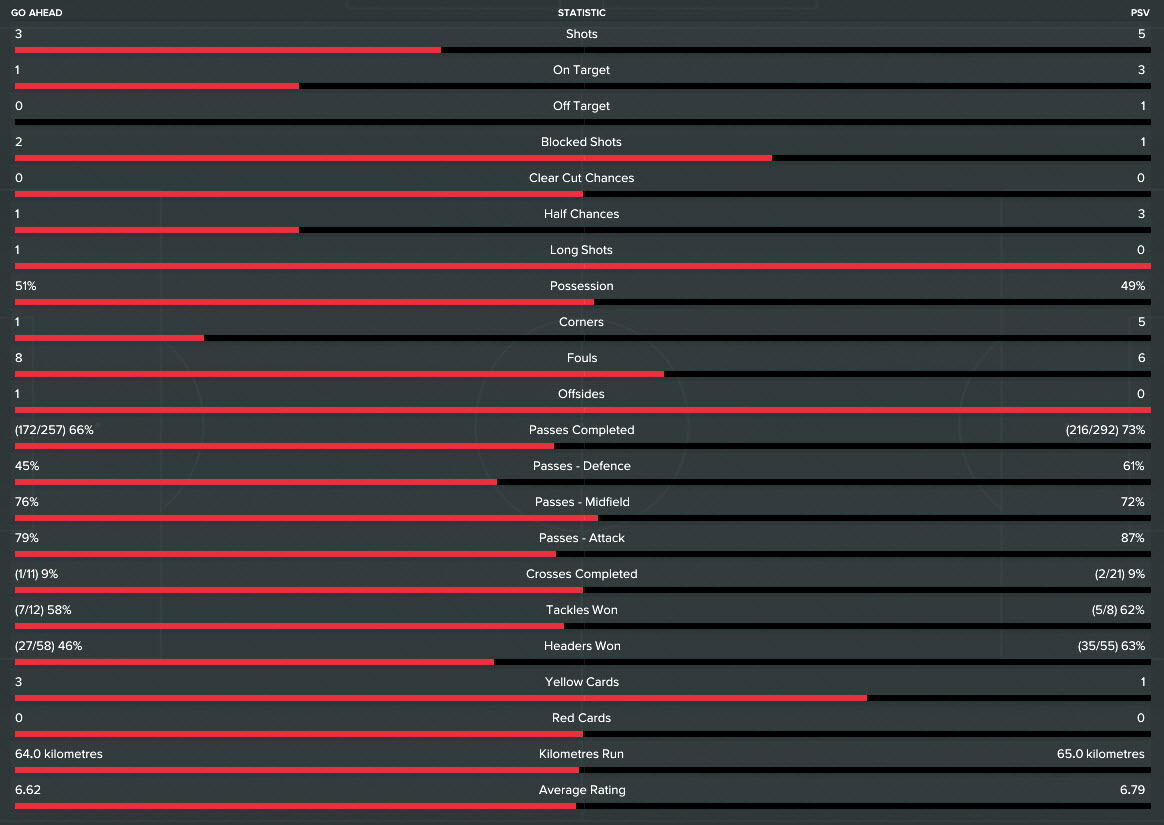 The second half begins a much tighter affair with neither side wanting to give up much ground. Suddenly Luuk de Jong wins the ball deep in his half and plays a searching ball forward for the run of Jurgen Locadia. The Poacher gets onto the ball and slides the ball to his left for the on rushing Siem de Jong whose shot is scrambled to safety by goalkeeper Erik Cummins.

The changes begin on 68 minutes, PSV look to wind this game down and switch to a more Counter mentality. Gaston Pereiro and Marco van Ginkel replace Siem de Jong and Jorrit Hendrix.

Jetro Willems pulls up on 79 minutes with a potential foot injury and will be replaced by Joshua Brenet.

In the final few minutes Go Ahead throw everything at PSV, danger man Antonia hitting a rasper of a shot from distance on 86 minutes by Zoet pushes it wide with a strong hand.

PSV look to relieve some pressure and Gaston Pereiro wins the ball back, he lumps it forward searching for a run from Locadia. The Poacher makes it to the flank and holds the ball up as he awaits reinforcements, they come in the form of Davy Propper who receives the ball and strikes low into the net. 2-0 PSV. 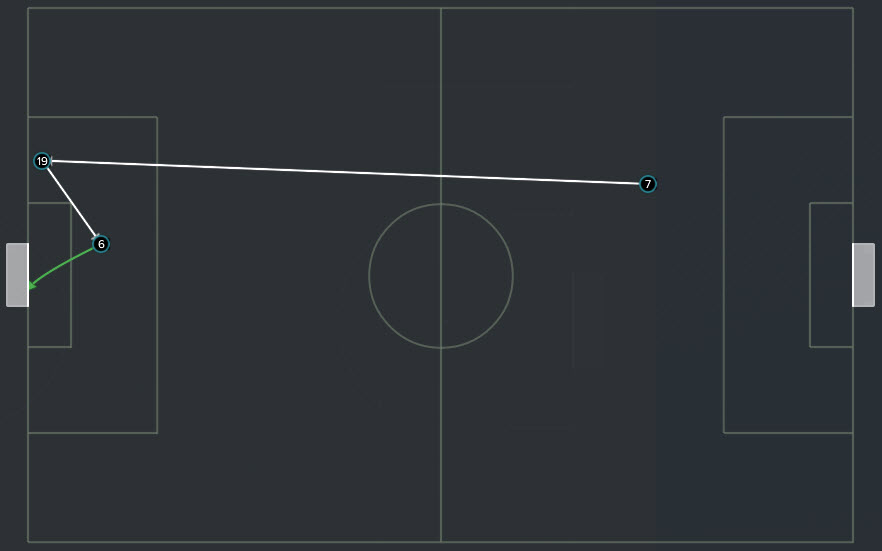 Fantastic performance from PSV with a  goal in either half to seal another superb three points. 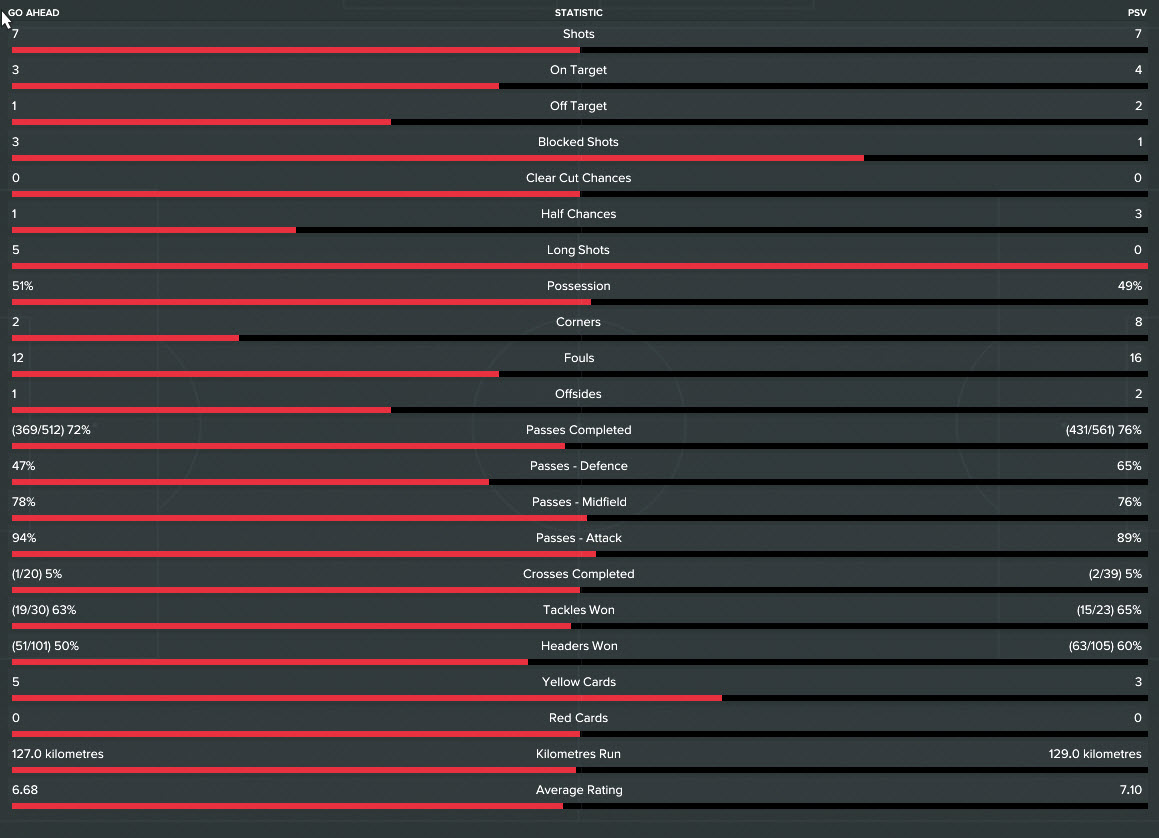 PSV are flying high at the peak of the table at the winter break. 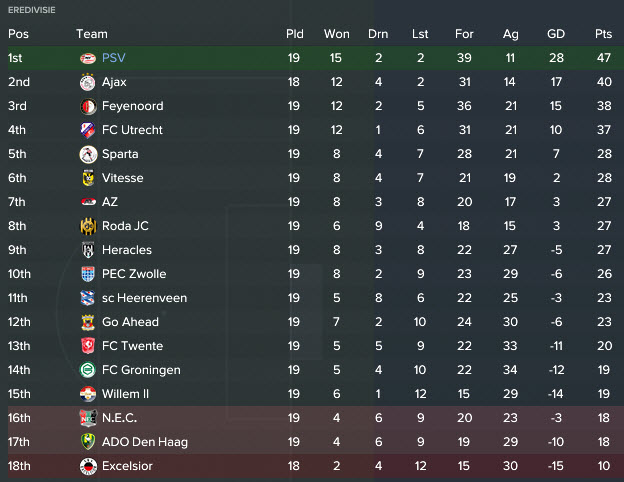 Plenty of thought required in regard to our squad structure. I’m sure some of the bigger clubs in Europe will be sniffing around some of our players as they’ve already made reference to targets! We’ll be having a look ourselves at what areas we can strengthen.