As you would expect PSV are favourites for this fixture, VVV are performing well in Jupiler League as they sit in 2nd place. However, the bookmakers can’t see beyond PSV as is illustrated by odds of 4/7.

Guardado is still some way from fitness for PSV. The Mexican is expected to be missing for a further 5 to 7 weeks due to his torn calf muscle.

VVV’s midfielder Danny Post is suspended and Tim Receveur is also missing due to a nasty double hernia.

We’ve set our pre-match focus on attacking set pieces as I’d like to see us make more of our new corner set up! 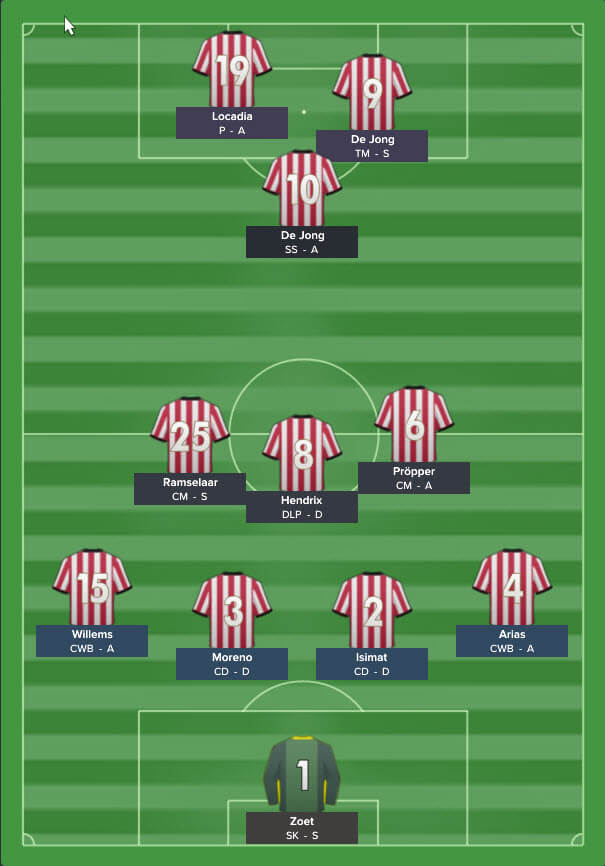 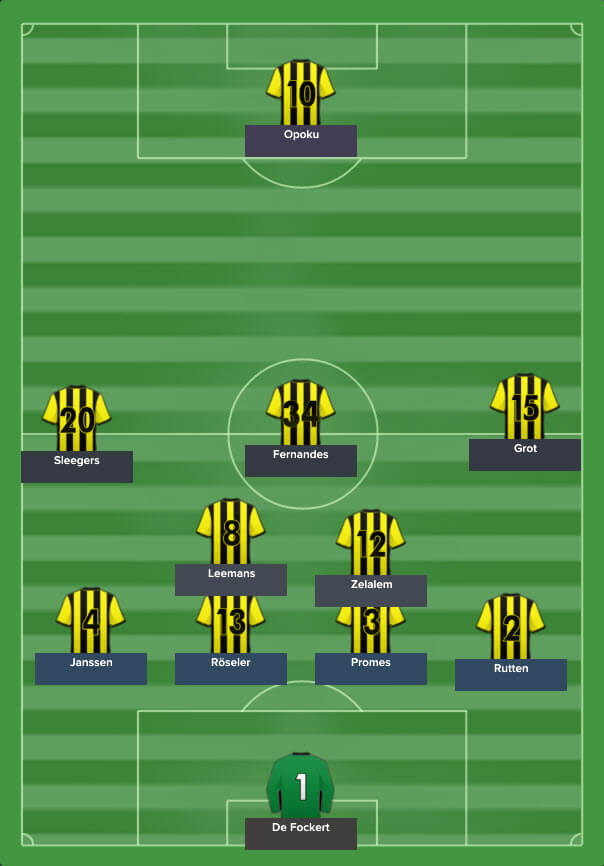 Venlo are the first to mount a serious attack and on 10 minutes Joey Sleegers plays in Jerold Promes from a freekick but the centre back’s shot can only find side netting.

PSV have an attack of their own a few minutes later when the ball falls to Bart Ramselaar who shoots from distance, his shot took a deflection on its way goalward but Maarten de Fockert manages to sort his footing out and get across to make a great save.

Venlo are sitting very deep and we’re struggling to find too much space behind to run into. PSV switch up to a counter mentality to try and draw Venlo’s deeper lying midfielders out.

A poor first half again from PSV but as ever we endeavour to stay calm and wait for our chances to fall. 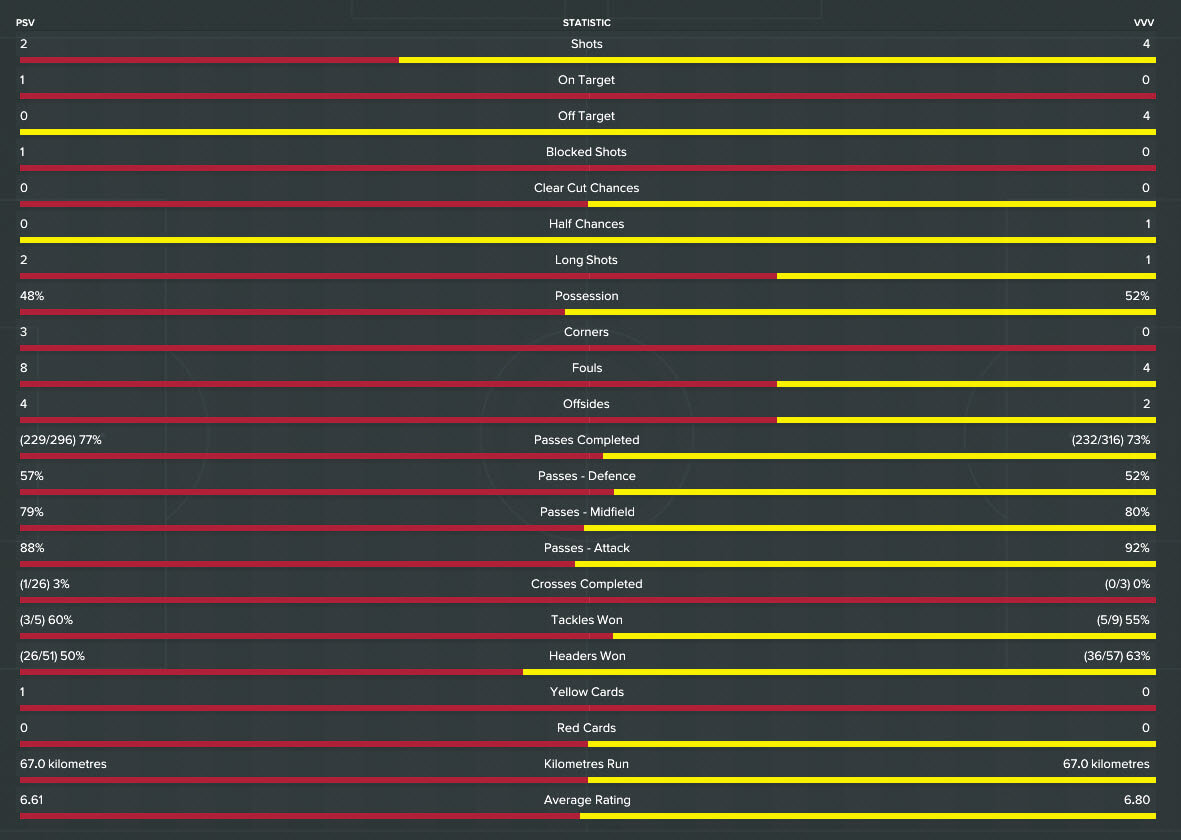 5 minutes into the second half PSV win a corner. The delivery is poor but possession is retaken leading to a further three or four chances to shoot at goal. Bart Ramselaar’s effort is eventually saved and held by de Fockert.

A minute later PSV find their opener! Another great piece of link up play by the Eindhoven side leads to a cross from Santiago Arias, Jurgen Locadia applied the touch but it deflects off de Jong and into the net and the goal is given to Luuk de Jong for his 15th of the season! 1-0 PSV. 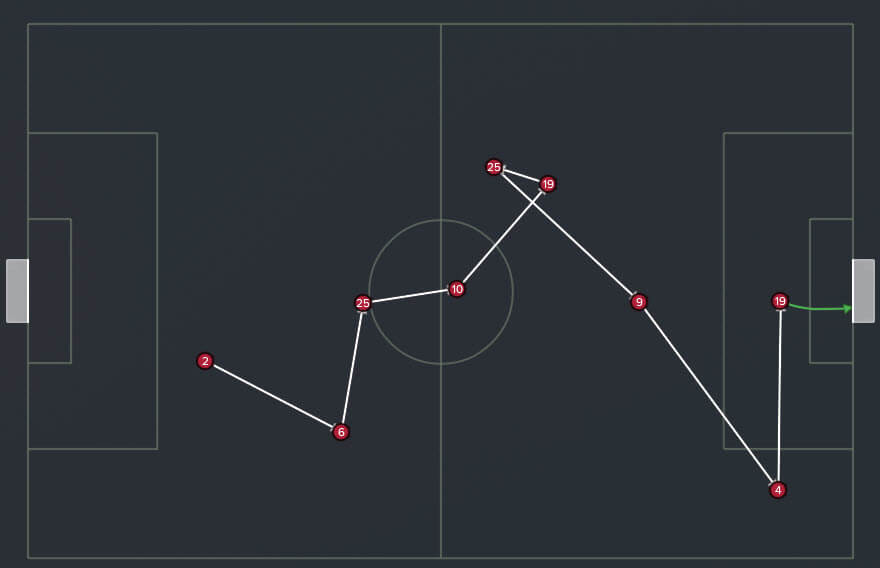 PSV and Luuk de Jong almost have a second just before the hour when Jetro Willems’ crossed ball is headed onto the post by the striker.

PSV find their second on 79 minutes. Jetro Willems plays the ball centrally to Davy Propper from a freekick, Propper returns the ball to Willems as he rushes down the left wing. The wing backs cross is perfectly weighted to the back post for the waiting Nicolas Isimat-Mirin who powers in his header to record his first goal of the season. 2-0 PSV. 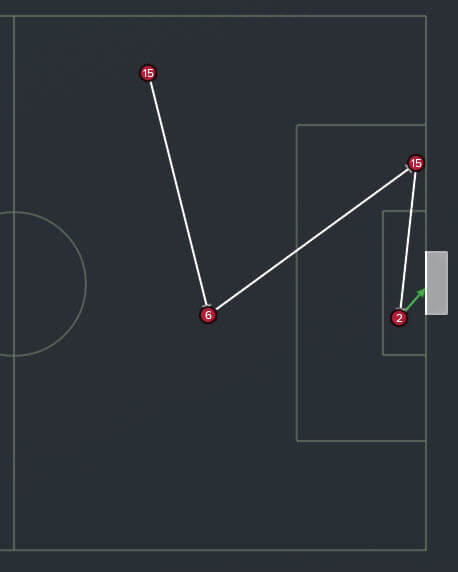 Venlo mount an attack in the dying minutes and winger Leandro Reisda mishits his cross from deep, it almost catches Jeroen Zoet off guard but the goalkeeper scrambles back to push the errant cross over the bar.

Another well fought second half secures victory for PSV ensuring their progression to the next round of the cup. 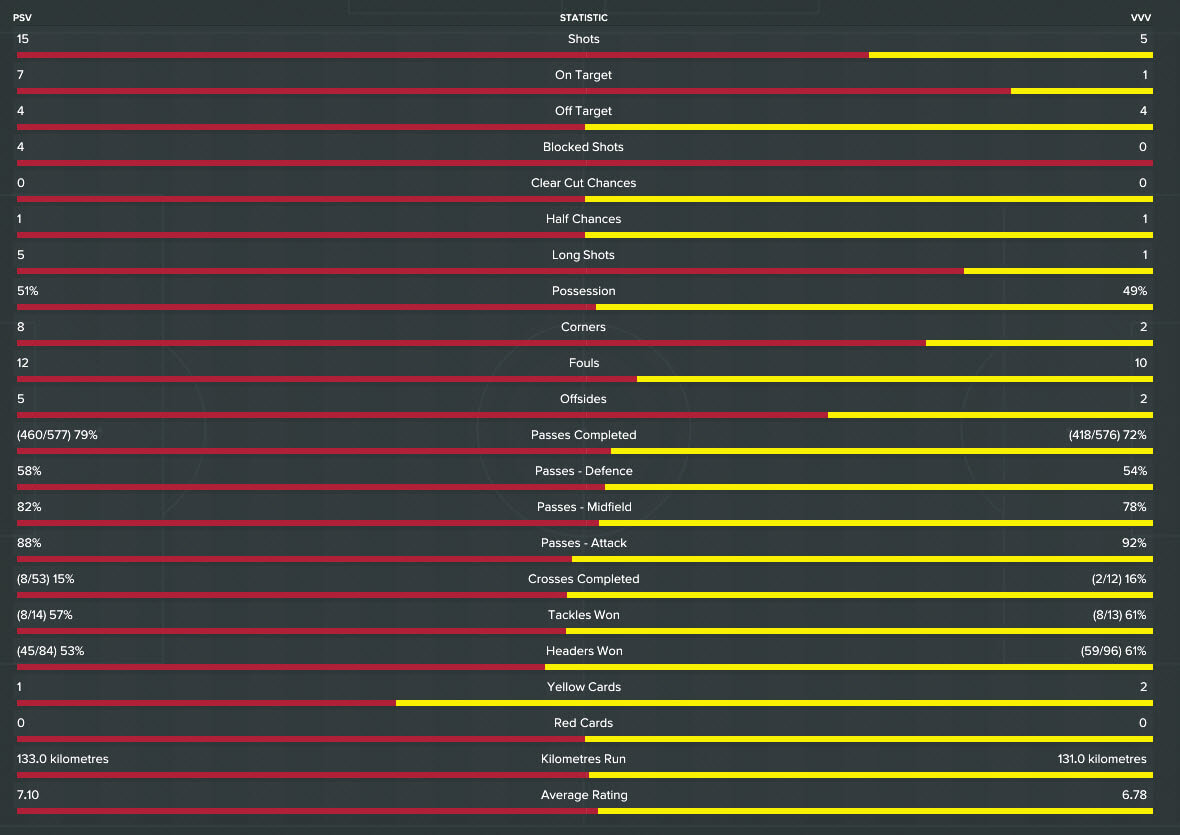 PSV are drawn away to Go Ahead Eagles in the Quarter Final of the KNVB Beker.

Coincidentally it is a trip to Go Ahead Eagles for the final Eredivisie fixture before the winter break.