Celtic take the favourites tag today with home advantage giving them odds of 5/4.

They are missing two key players with Scott Sinclair and Erik Sviatchenko sidelined through injury.

PSV are without Andres Guardado who continues his recovery while Jorrit Hendrix is suspended for tonight’s tie.

After drawing against Celtic in the home tie PSV will be seeking to restore pride with an away victory tonight. Keeping faith with the target man approach while maintaining a close eye on tricky Inside Forward Patrick Roberts and goalscoring supremo Leigh Griffiths. 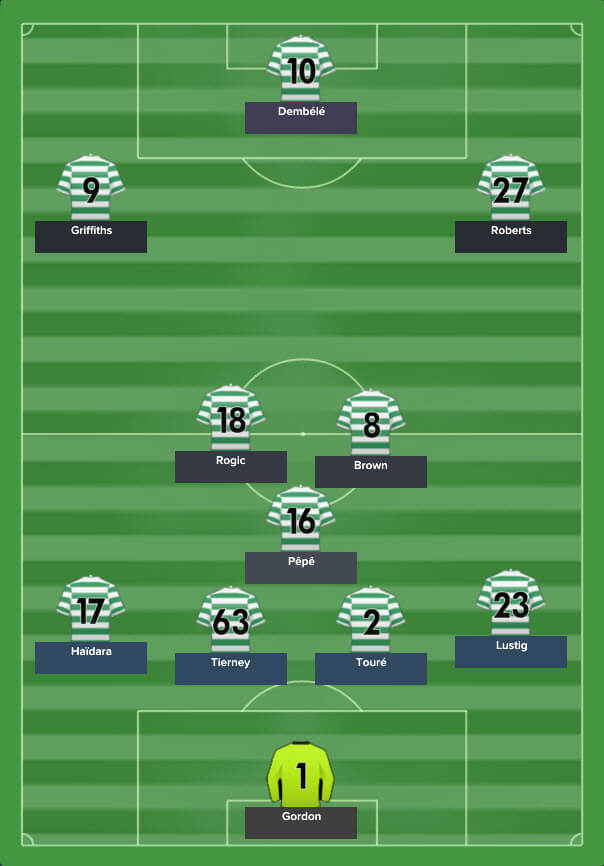 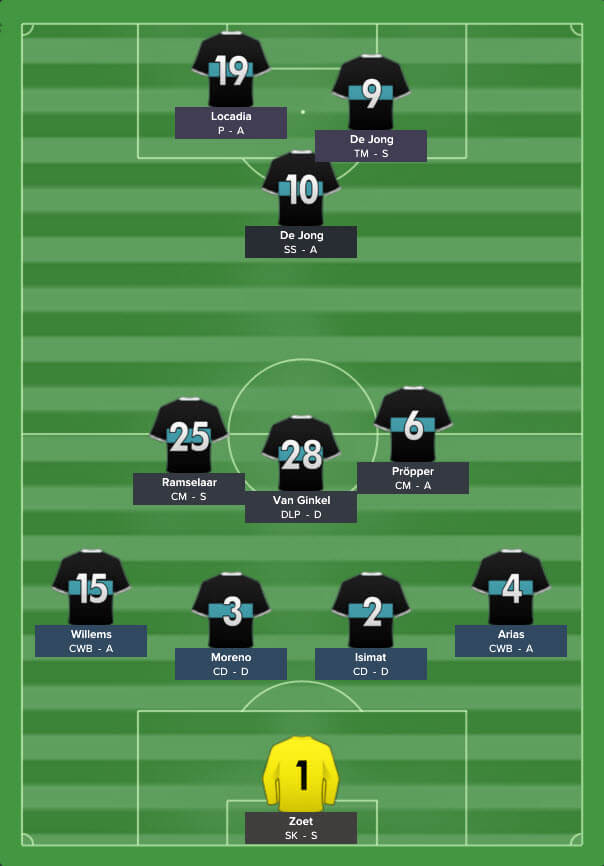 Celtic have the first real opening of the game and it comes from a cross on the left wing into Patrick Roberts but the loanee’s header goes over the bar from close range. PSV have a chance for themselves two minutes later but Davy Proppers 20-yard free kick goes harmlessly wide.

Both teams cancel each other out for the remainder of the half as the teams go into the break scoreless.

Neither side have really imposed themselves on the game. PSV retain the higher share of possession but are doing nothing successful with it. 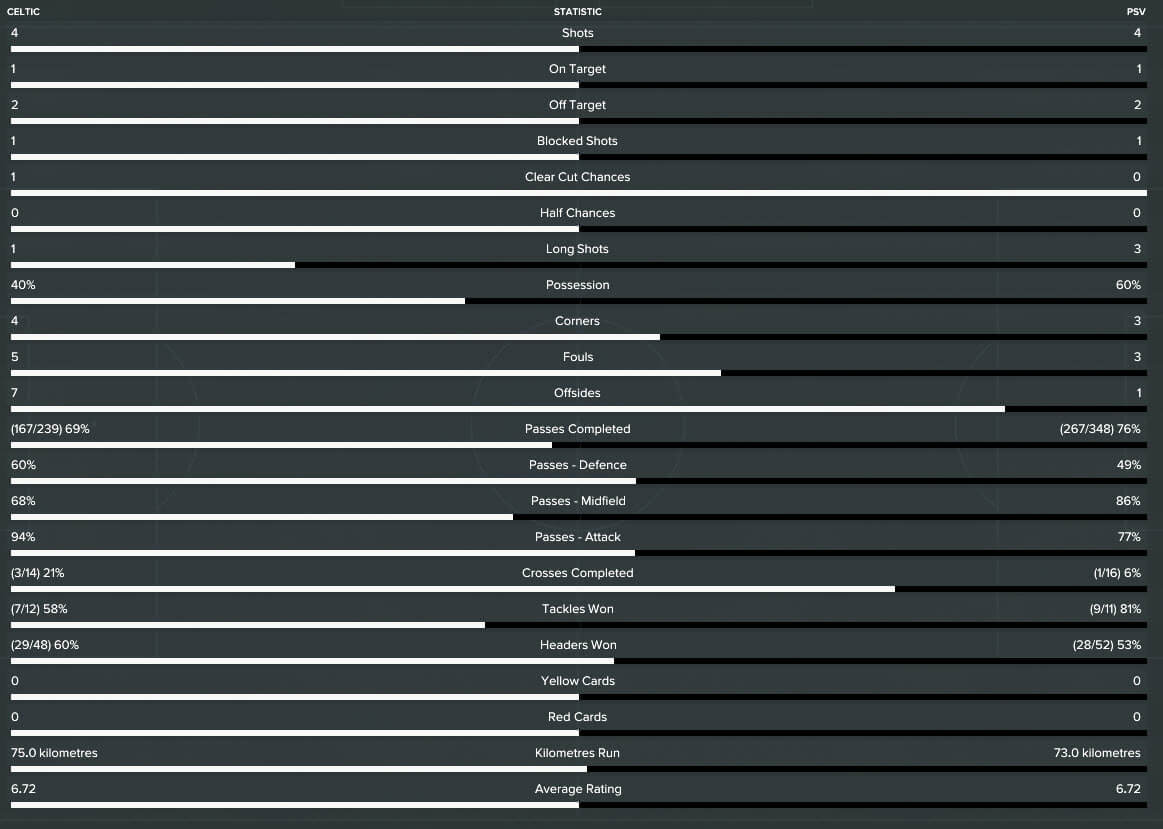 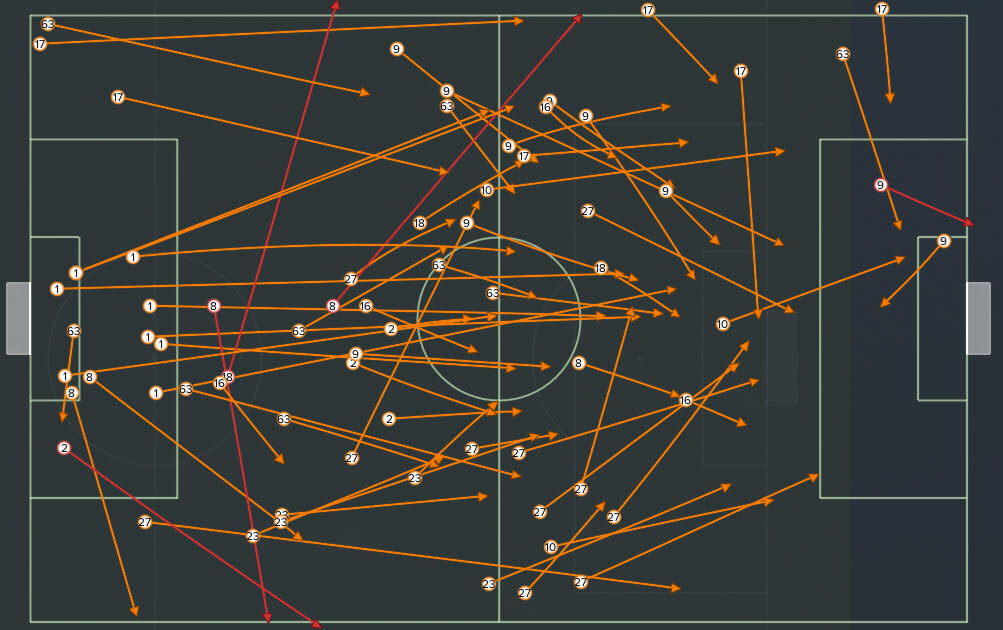 2 minutes into the second half and it is Glentoran who have the first chance. Luuk de Jong’s well struck free kick is palmed away by Craig Gordon and the Celtic defence scramble the ball clear.

On the 51st minute of play the deadlock is broken. The ball falls to Celtic’s Kouassi Eboue from a corner and his deflected shot hits the back of the net. 1-0 Celtic.

On 65 minutes Mikel Lustig gets a run on Jetro Willems down the wing and crosses for Leigh Griffiths but the Celtic front man can only head straight at Jeroen Zoet.

Davy Propper picks the ball up from range on 80 minutes and strikes goalward but Craig Gordon springs into action to push it aside for a corner. Jetro Willems’ resulting corner doesn’t beat the first man and is easily cleared.

PSV continue to look for the opening in the final third but to no avail, the Celtic defence and Craig Gordon stand strong to seal 3 points and a clean sheet.

Another disappointing European night, PSV didn’t manage to create a single clear cut chance or even half chance. A need for some strengthening in January is becoming apparent. 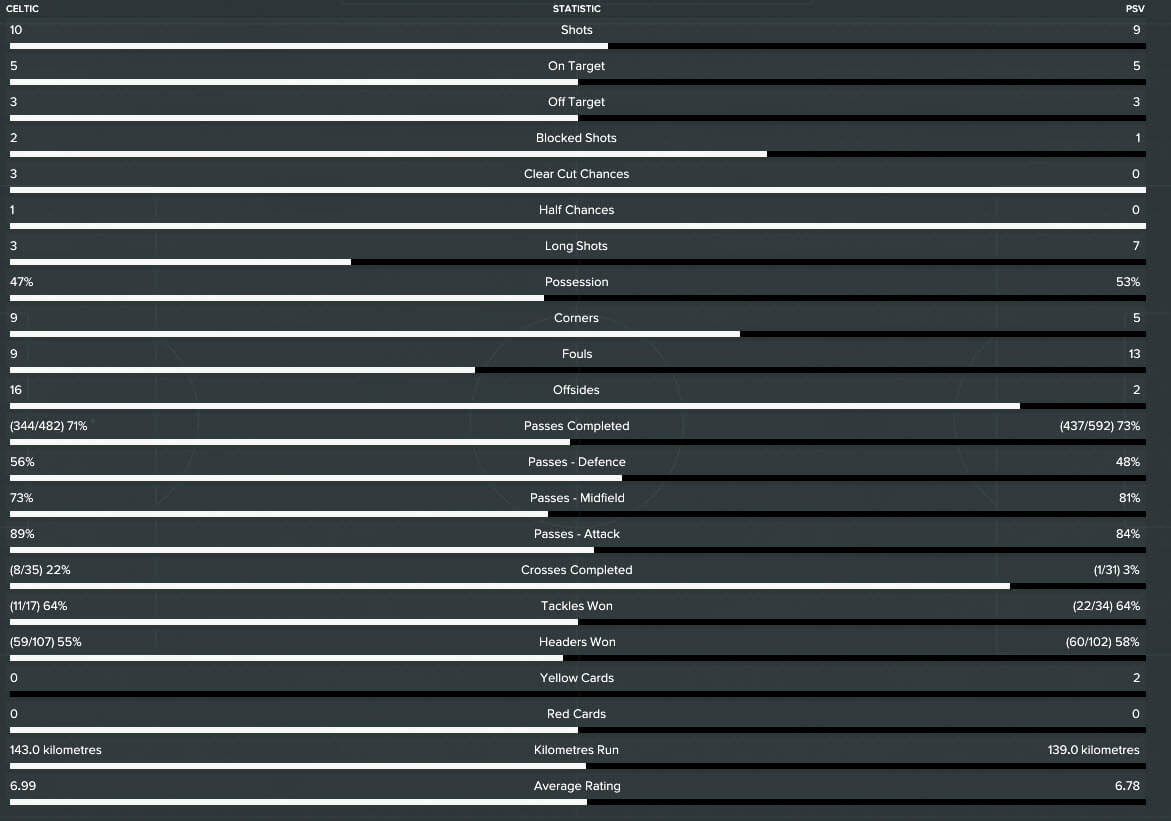 With results between teams being the sorting system PSV are condemned to finishing last in their group.

A trip to PEC Zwolle as PSV look to arrest a poor run of form that has seen just one win in their last 5 competitive games.