As expected PSV are the overwhelming favourites for this tie at odds of 1/20.

There’s no significant team news given for the home side.

PSV are without Jeroen Zoet and Andres Guardado for this one.

The match plan will be to impose ourselves on this lower league side. We expect to win and win heavily. 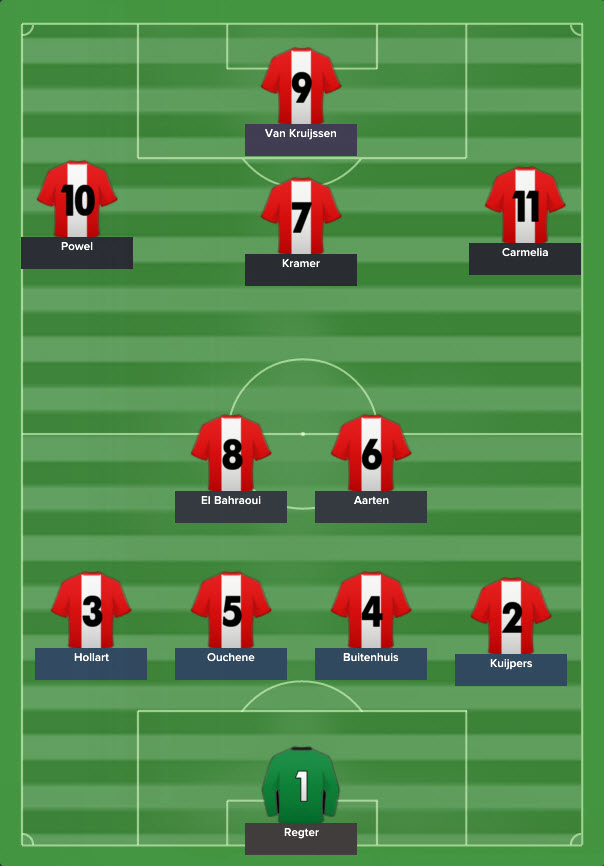 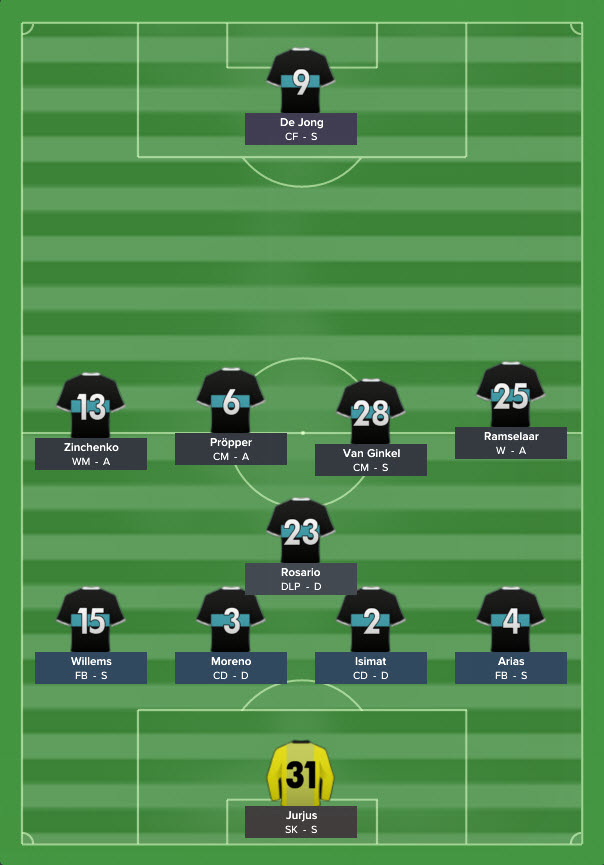 It’s all PSV in possession for the first 15 minutes but on 19 minutes it is the home side who get the first real chance. Powel crosses for striker Van Kruijssen whose left footed shot crashes against the post.

PSV have to wait until the 34th minute for their first moment of note. Proppers corner is headed clear from the six yard line, Santiago Arias nudges the ball back into the box towards De Jong who sees Arias moving into a decent position and plays the ball back into his path and the full back’s shot deflects into the back of the net! 1-0 PSV. 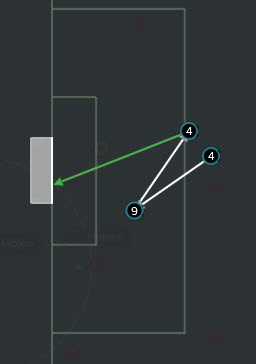 2 minutes before the break PSV engage in a nice passage of play, switching the ball quickly between their midfielders. Propper is the man who lays De Jong on into the box but the big striker sees his shot well saved by Regter.

After this period of play PSV regain possession and the midfield exchange the ball neatly again. Ramselaar to Van Ginkel and back, Ramselaar finds Propper in acres of space in the middle. Davy Propper turns, looks forward and again plays De Jong into the box. This time Luuk makes no mistake in placing his shot into the back of the net. 2-0 PSV. 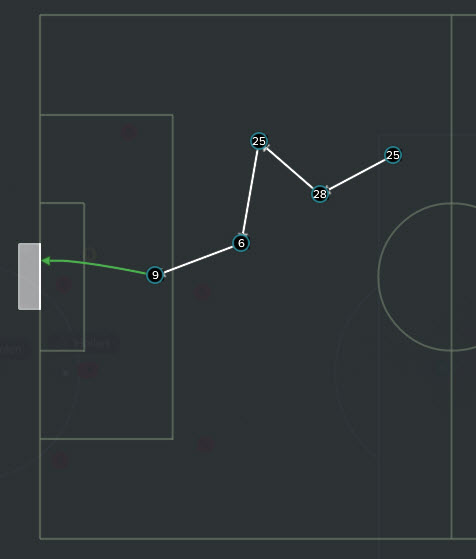 After that early scare it has been all PSV. 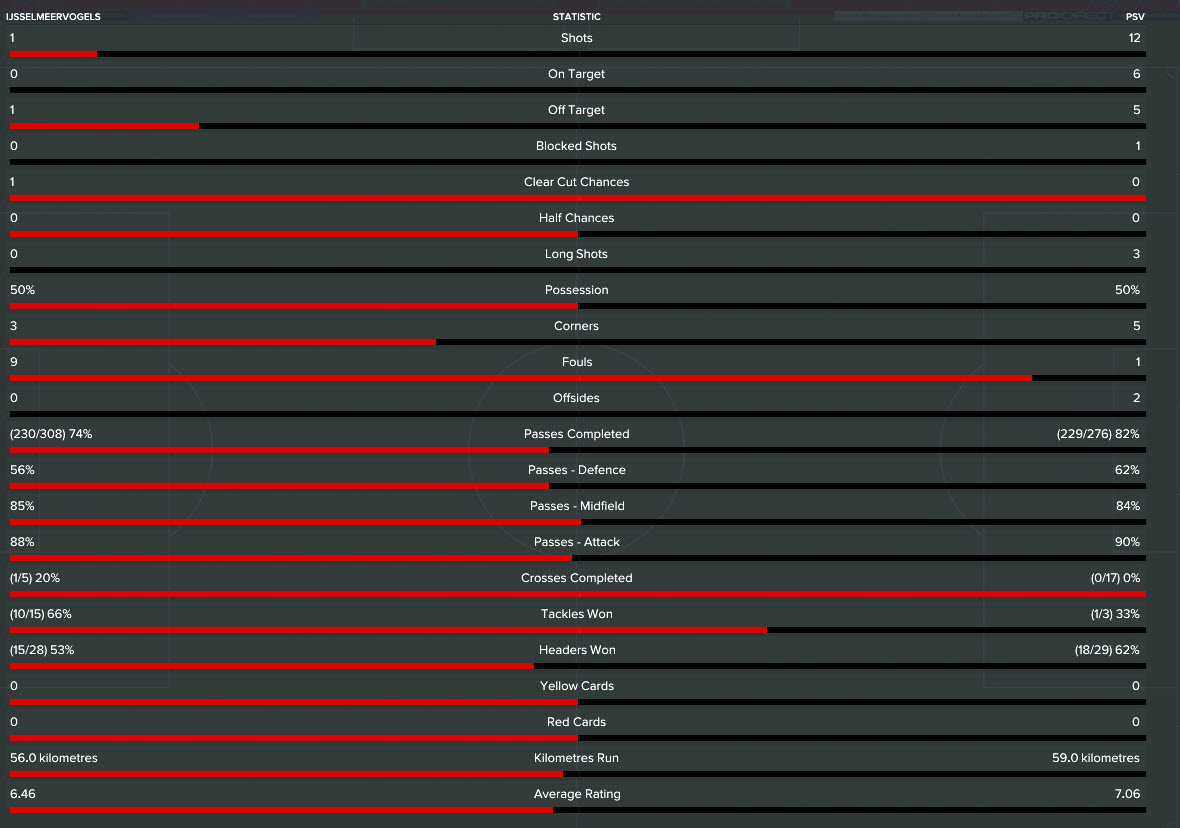 Some impressive passing across the midfield has been key for PSV today. 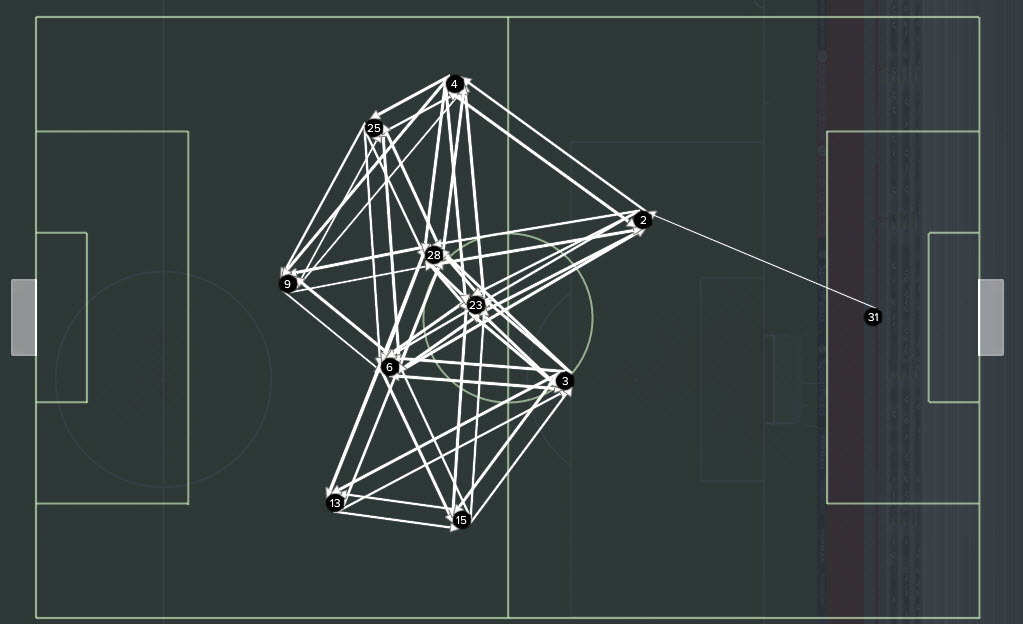 The second half trundles along and looks to be fizzling out, changes are made with our upcoming league game in mind. Gaston Pereiro and Jurgen Locadia replace Zinchenko and Luuk De Jong on 65 minutes.

A minute later PSV continue their neat passing style as they progress up the pitch but it is Brenet who loses possession. Some route one football from the home side sees El Hasnaoui race clear of the defence but his shot is ballooned high and wide.

Patient probing from PSV on 82 minutes and the ball comes across from the right side of the pitch, it falls neatly in front of Davy Propper who smashes it home for 3-0. 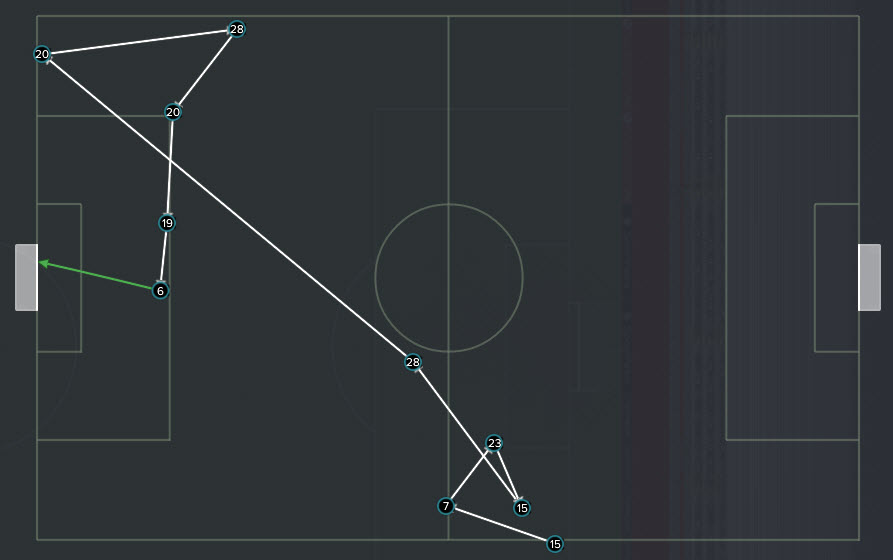 IJsselmeervogels almost get a consolation at the death but El Hasnaoui’s header goes inches wide after a perfect delivery from the corner.

A win, a clean sheet and progress in the cup. The PSV machine keeps rolling, even if it is unspectacularly so. 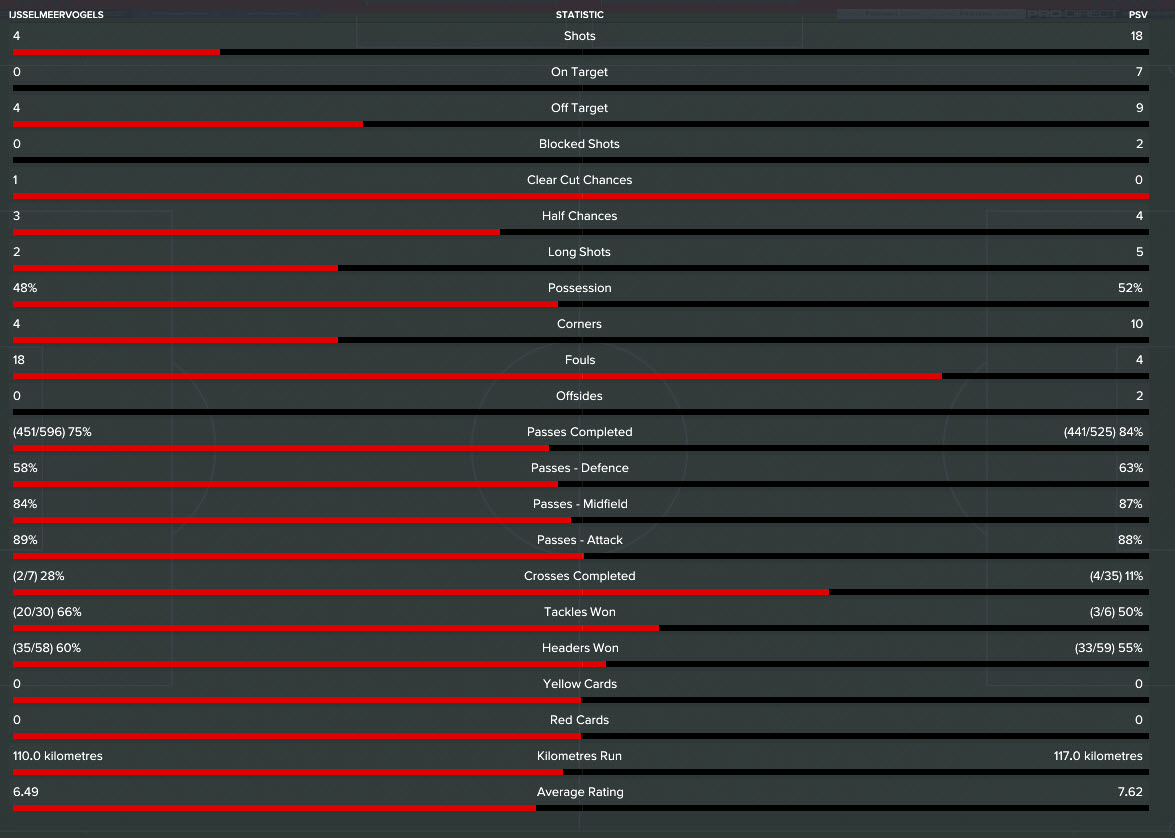 Marco Van Ginkel played a pivotal role and was ever present in all areas of the pitch. 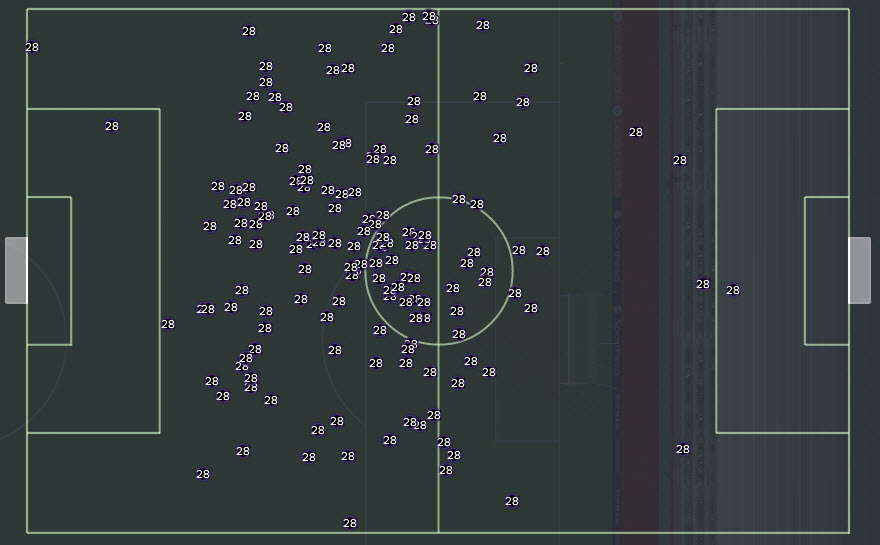 The biggest test of our season so far as PSV travel to the Amsterdam ArenA to face an Ajax side that are under-performing in 5th place.