In a 1st v 9th clash the bookmakers are calling PSV the overwhelming favourites. Odds are as short as 1/6 for the home side.

The only casualty for PSV remains Jeroen Zoet who is expected to remain sidelined for a further 2 to 3 weeks.

Meanwhile, Groningen have a full roster fit and available to select from.

Bryan Linssen has proven to be influential for Groningen this season with 3 goals and 3 assists from the left wing. Linssen will be expected to cut inside onto his right foot and play that inside forward role. We’ll encourage him to take the ball onto his weaker left. 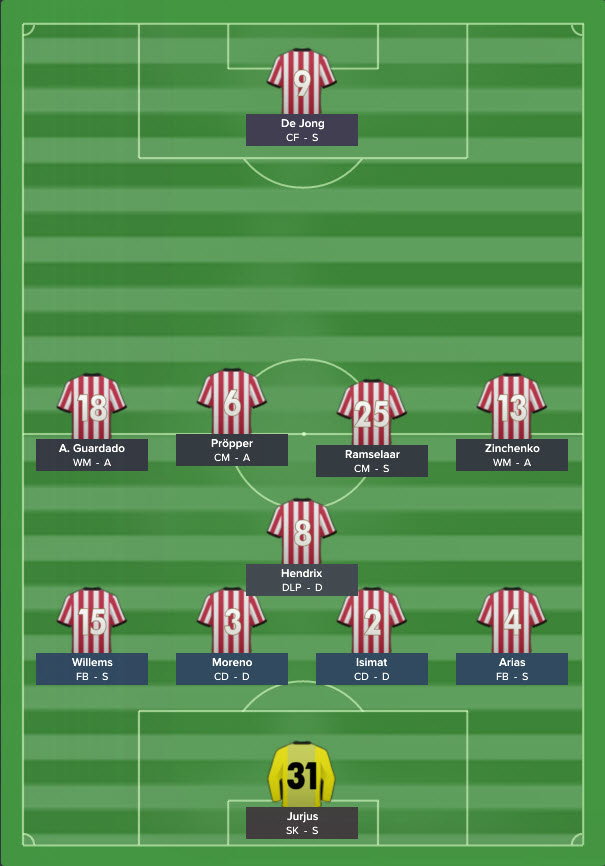 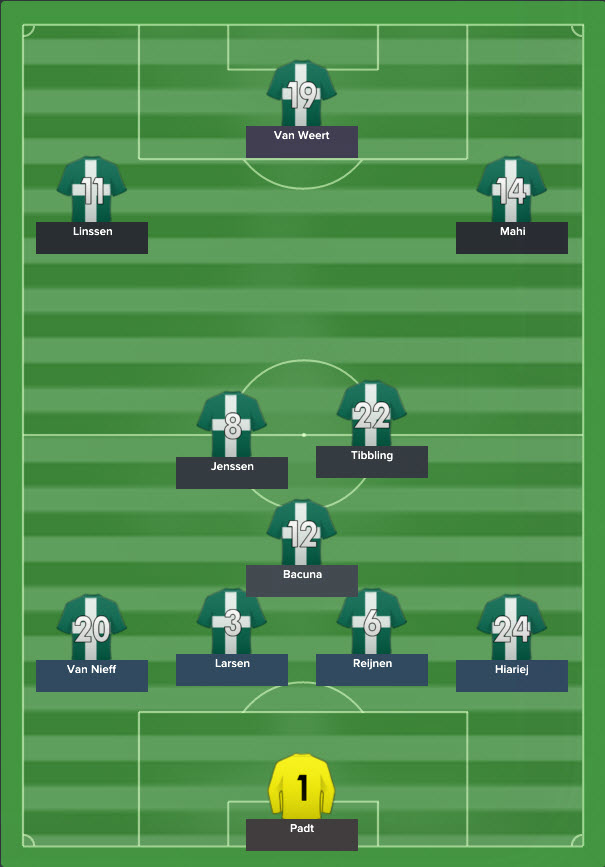 It’s a quiet opening half hour with neither side really impressing but on the 30 minute mark it’s disaster for PSV as Andres Guardado hobbles off the pitch injured. He’s replaced by 22 year old Jurgen Locadia.

The injury is really the only moment of the note from 45 minutes of play and the sides go in level.

A drab first half of play just barely dominated by PSV in terms of possession. 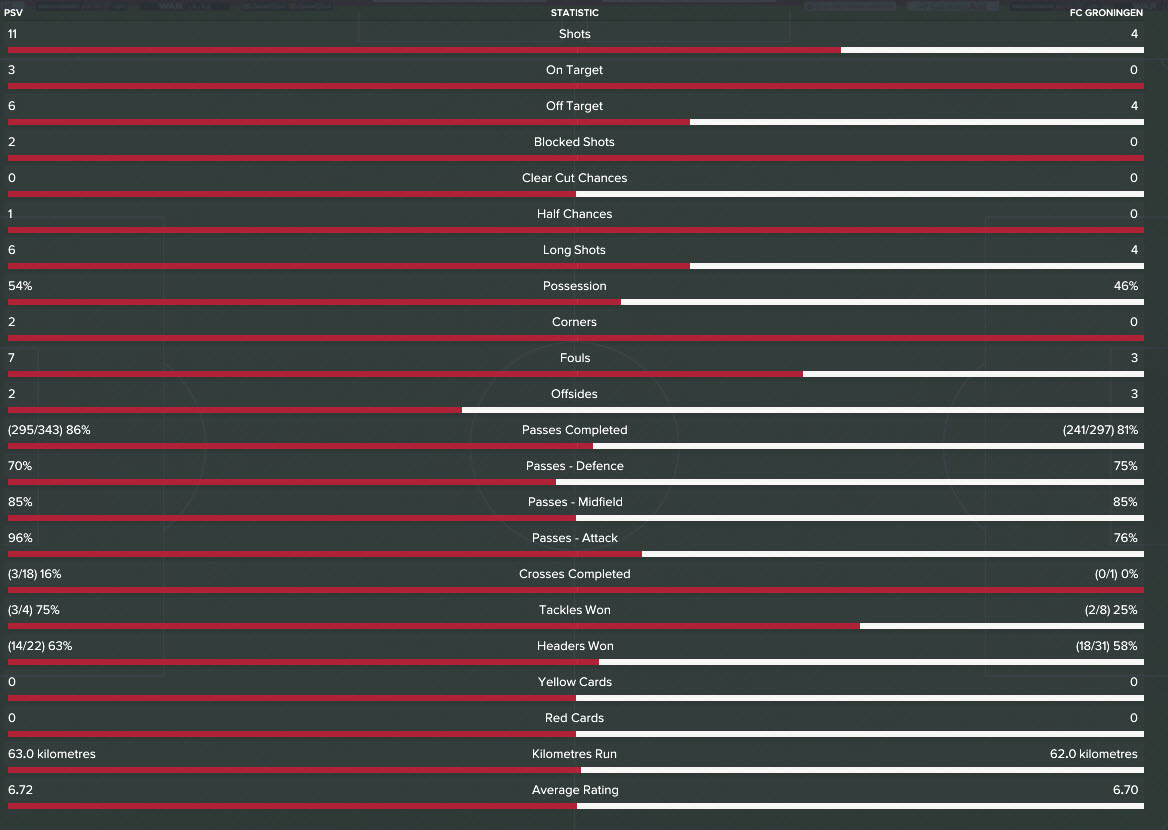 An age old problem with long shots, the players are instructed to look to play the ball into the box. 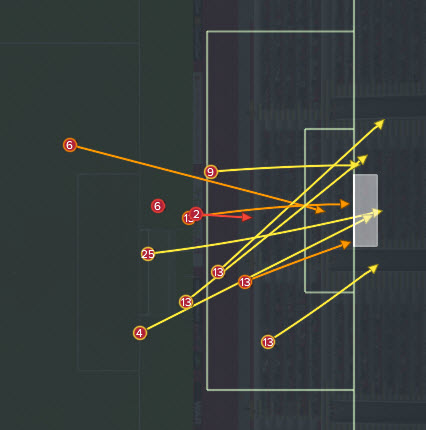 Another boring start in the second half but just after the hour PSV win a corner. The delivery is poor and possession is recycled several times but eventually the ball finds its way to Luuk De Jong in the box and he makes no mistake in drilling it into the back of the net. 1-0 PSV!

There’ll be no slacking in game management this time as the team are encouraged to retain possession of the ball and accordingly look for a pass first mentality rather than dribble into trouble.

Bart Ramselaar finds the ball at his feet on 80 minutes and drives toward goal, his long range effort is easily held by Sergio Padt. The goalkeeper starts a counter attack and the ball reaches striker Mimoun Mahi whose deflected effort trickles into the PSV net. 1-1. 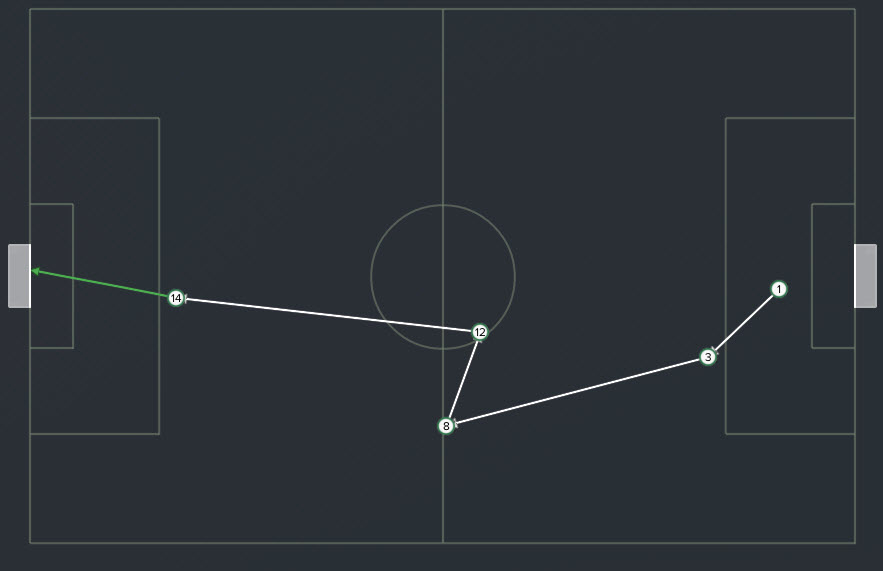 PSV push bodies forward for the remaining 10 minutes and their efforts look to be in vain until the 90th minute when another recycled PSV corner is somehow bundled over the line, it’s given officially as a Padt own goal. 2-1 PSV!

We seem to be making a habit of scraping by. How much can you complain while you’re sitting top of the league though? 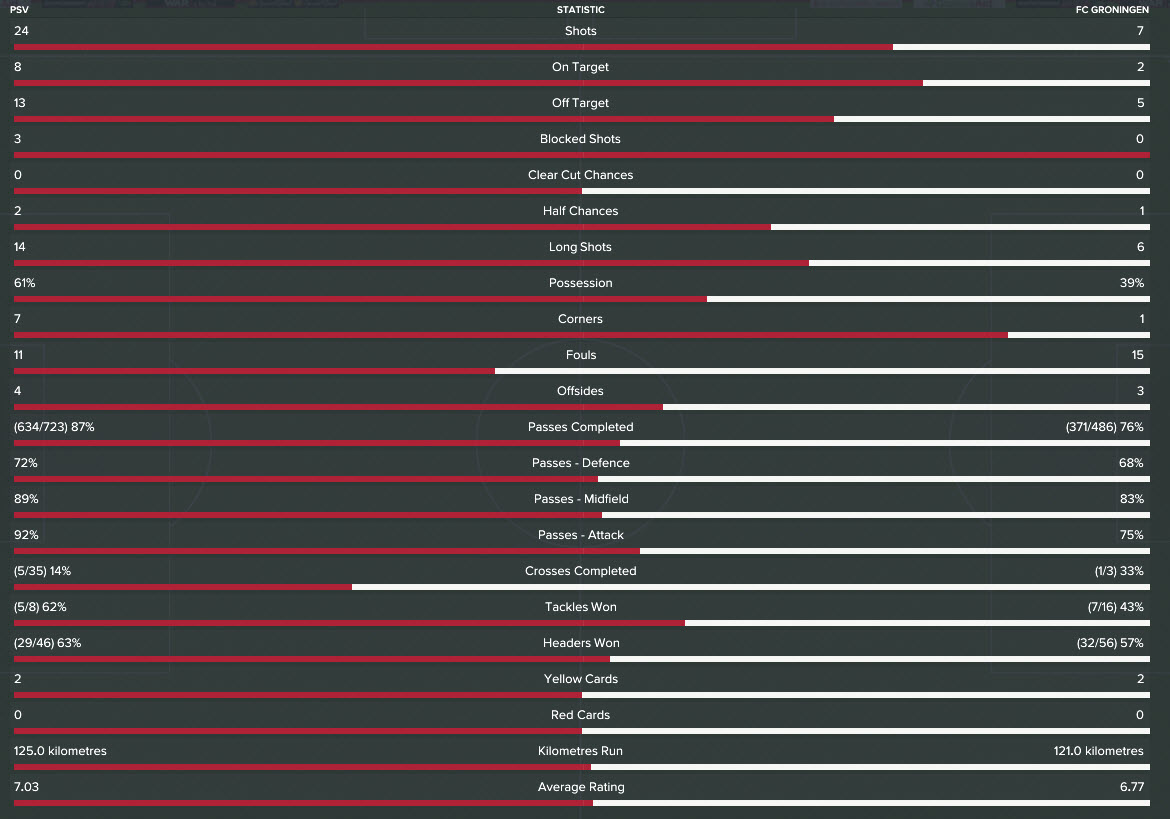 We did manage to somewhat limit Bryan Linssen in this game with the inside forward not managing to register a shot at goal all game. 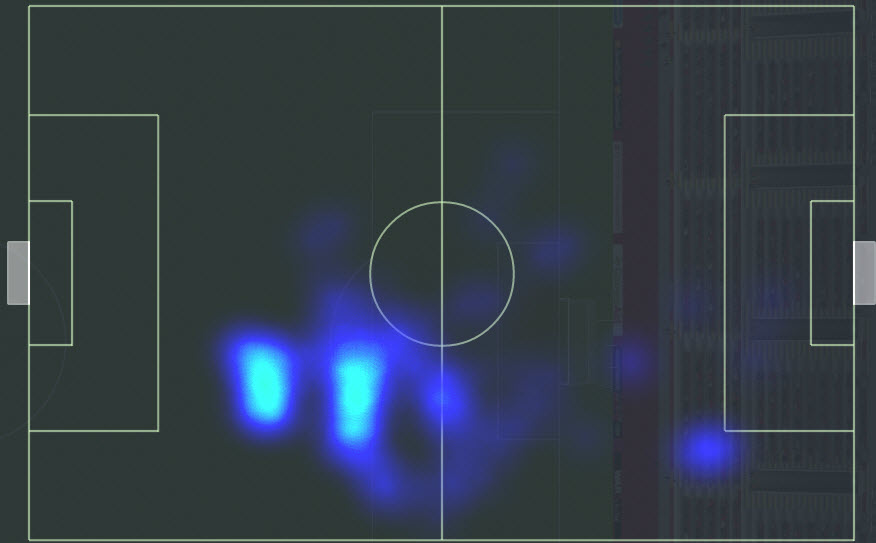 The unstoppable PSV snooze machine rolls on to IJsselmeervogels in the KNVB Beker 2nd Round.