I think of determination as a form of leverage. A defender has the strength, height, and heading ability to win an aerial challenge: does he actually win it? A striker has the technique and finishing ability to convert a chance: does the ball actually end up in the net?

The answer will depend, to some degree, on the determination of the player involved.

So now that the time has come to examine the squad at FC Saxan, the first thing I do is order the mental attributes spreadsheet according to determination, with the highest determination attributes at the top of the column: 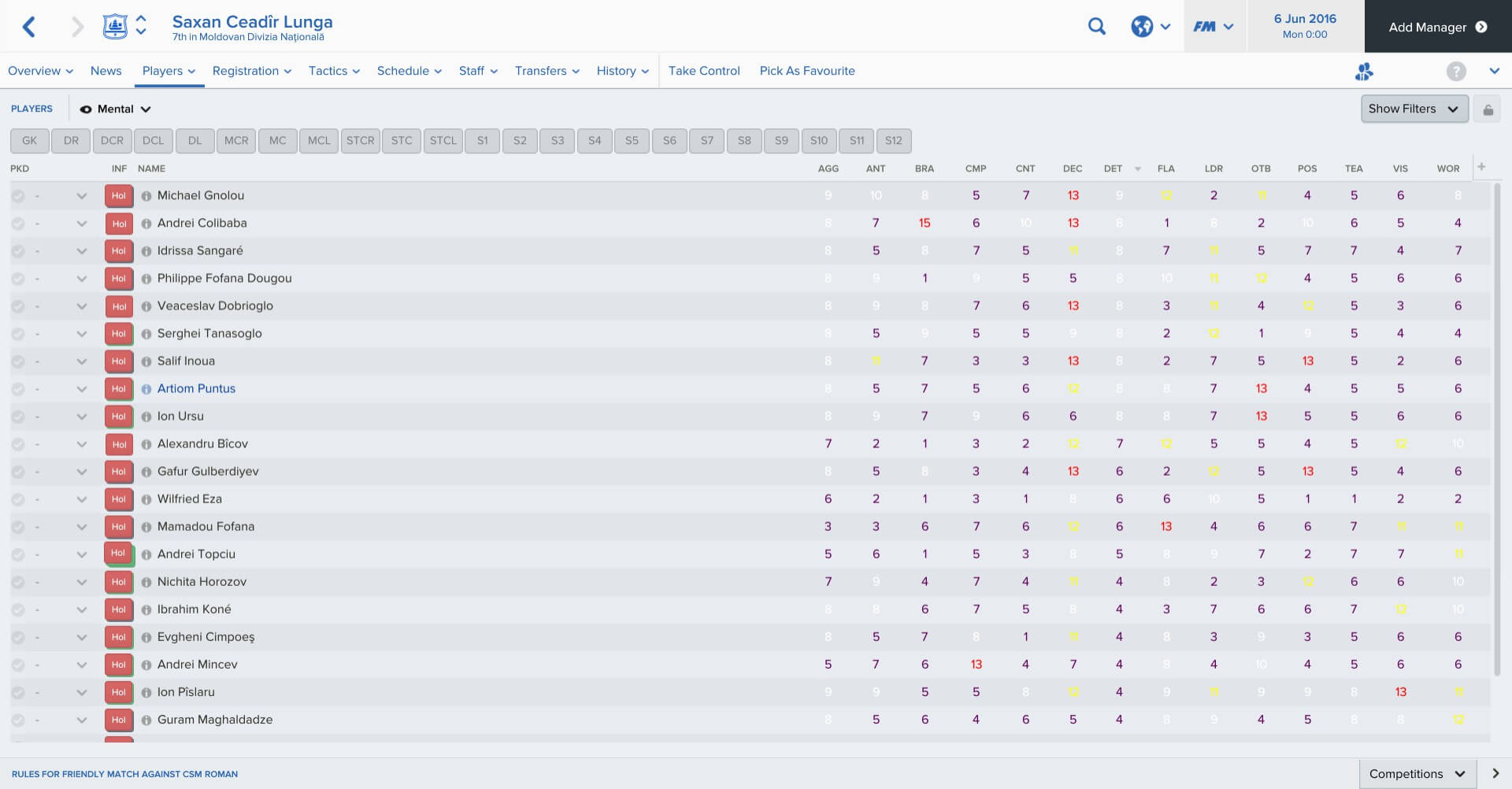 The colour-coded data instantly tell a story. Nobody is highly determined: there are no red-coloured figures in the determination column. Many have poor determination, including several with a score (out of 20) of four or less.

Ceadir Lunga, we have a problem! Regardless of the players’ skills — I haven’t yet looked at their technical abilities — the squad as presently constituted will never achieve anything.