The bookmakers have made PSV 4/6 favourites for this afternoon’s clash, having obviously missed our previous outing.

The hosts are without midfielder Thom Haye (sports hernia) and Anouar Kali is a doubt as he continues his recovery from a slipped disc.

We have struggled in getting chances on target recently which will prompt us to move our defensive midfielder into attack in a slight tactical adjustment. 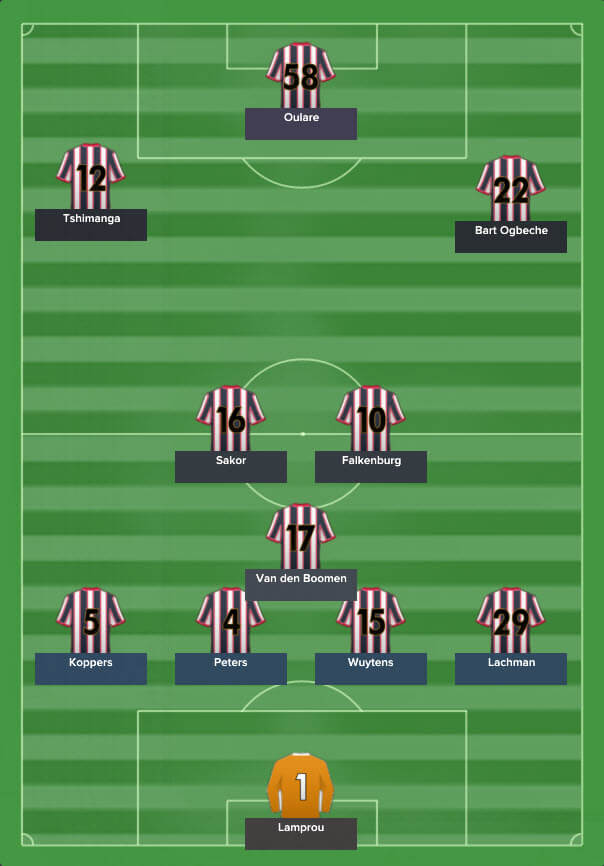 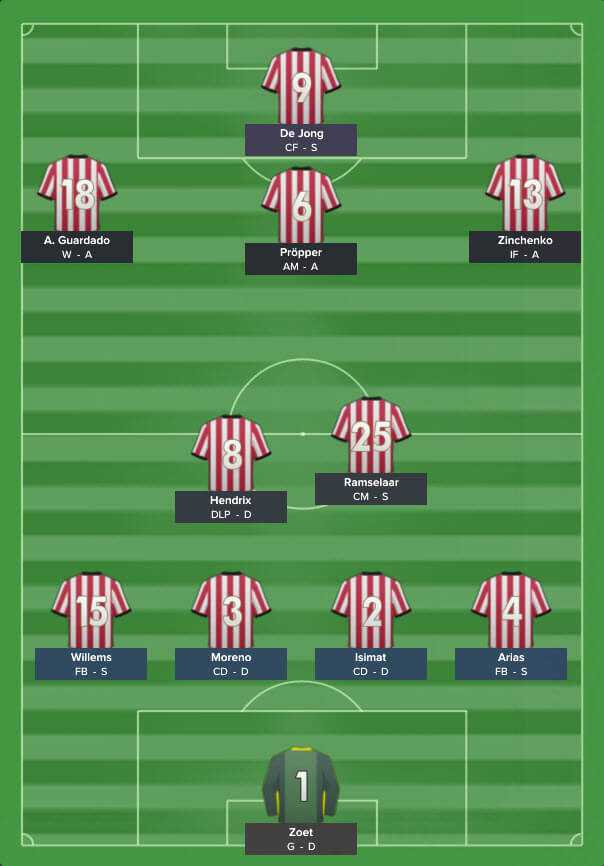 The switch almost pays immediate dividends as Davy Propper tees up Luuk de Jong in the early minutes, his shot grazes the top of the bar. Propper is again on hand to create from the midfield as he plays Zinchenko into a dangerous position, the Ukrainian loanee’s shot is saved well.

A loose ball falls kindly to Andres Guardado in the box on 19 minutes but his shot his dragged just by the post.

The rest of the half flitters away without any moments of note until the stroke of half time – when Isimat is fouled in the box! Andres Guardado steps up and places the ball high into the corner of the net. 1-0 PSV.

PSV are firmly in command of the game and may be unlucky not to be more than one goal ahead at this point. 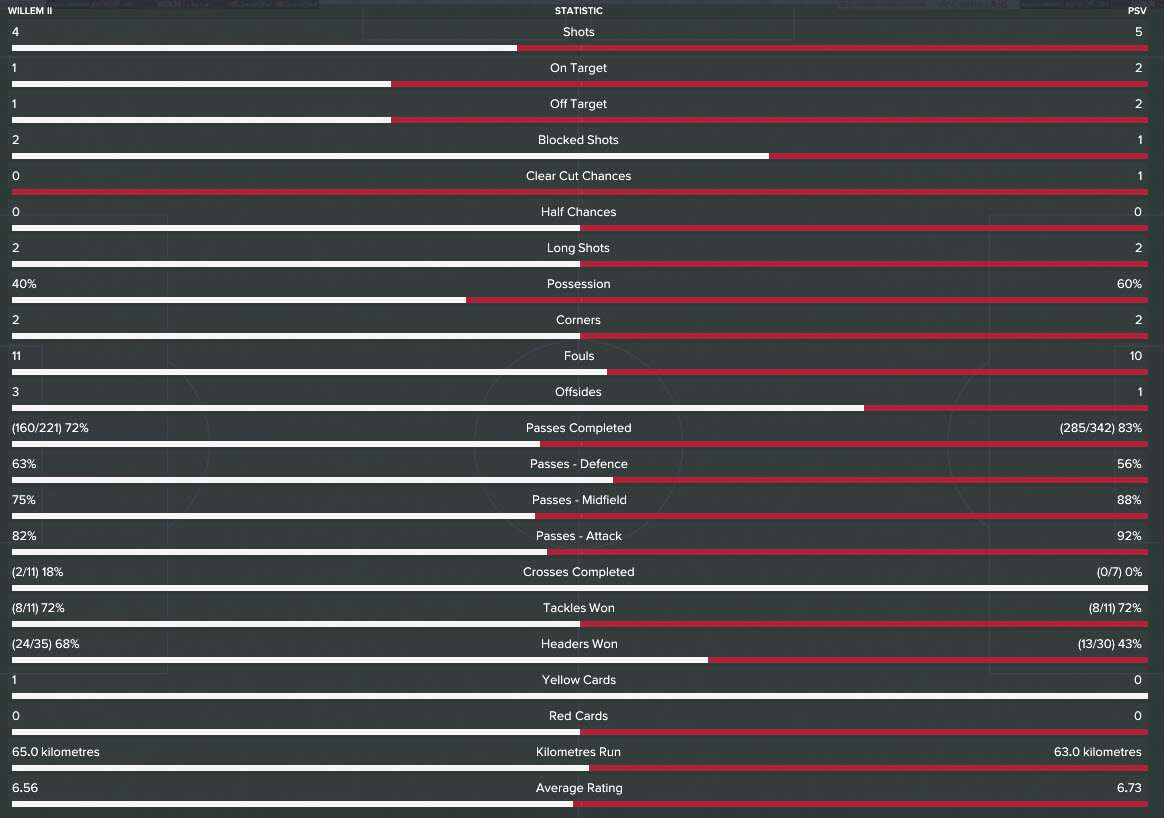 Davy Propper is the man pulling the strings as evidence by this map showing his passes received. 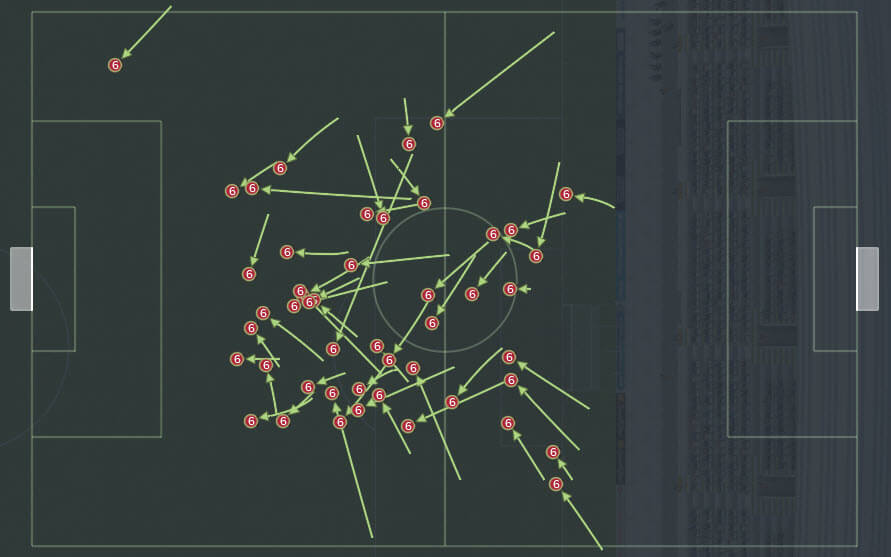 The second half begins without any real incident, Pablo Rosario replaces Jorrit Hendrix on the hour mark.

On 63 minutes Luuk de Jong strikes very well from a free kick but Lamprou makes a fantastic save. Soon after Luuk is replaced by his brother Siem who will play as an Advanced Forward.

On 75 minutes Willem work the ball into the box but Tshimanga can only hit the side netting from a tight angle.

Willem continue to push forward and threaten in the final ten minutes of the game. The home side craft a number of chances but are unable to find a way past Zoet in the PSV goal.

A quick PSV breakaway from a Willem corner leads to Guardado with the ball in the box but Funso Ojo gets back to make a vital tackle.

The final moment of the game is a long range drive from Zinchenko that is easily held by the Willem goalkeeper.

It’s a hard earned victory and a much needed bounce back after the Roda result. 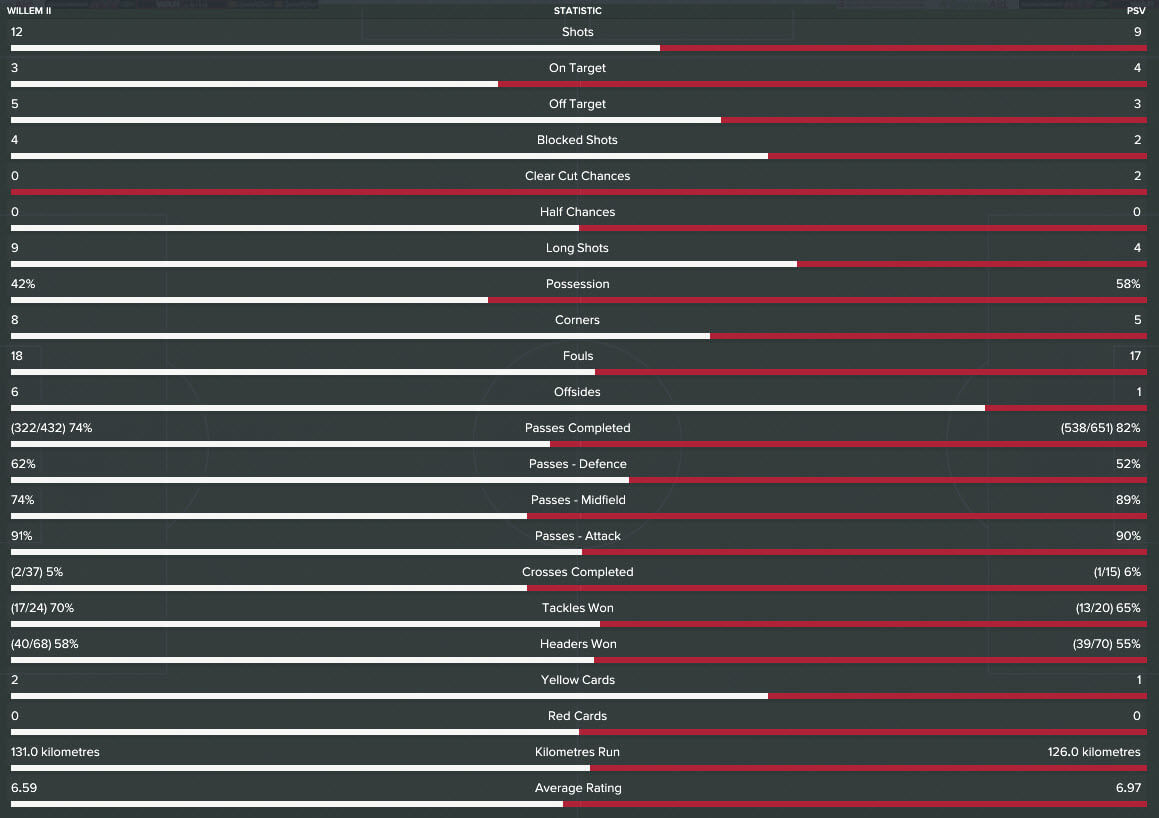 The majority of PSV’s shots came from within very decent positions – a result of the tactical change? 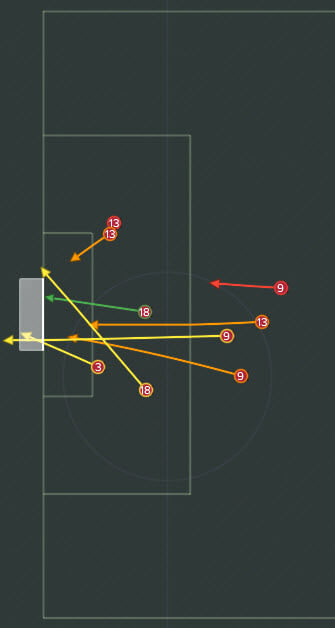 Champions League football returns to the Philips Stadion with the visit of Glasgow Celtic.